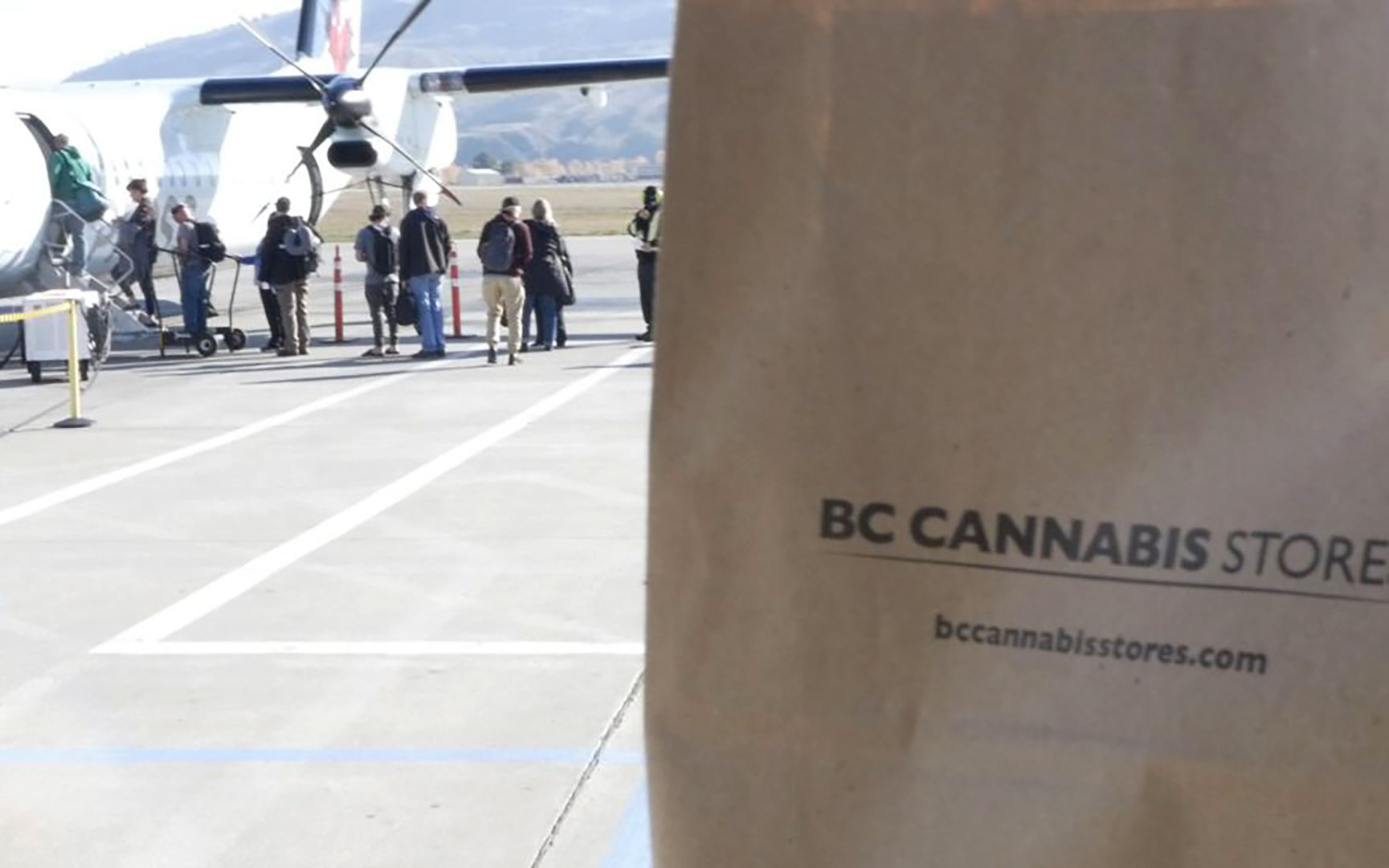 Kevin Parr/The MIX
Cannabis is officially legal in Canada and while rules, regulations, and retail options vary by province, one policy that applies to all Canadians is that domestic travel with legal cannabis is permitted.

In the weeks before the legalization came into effect, Transportation Minister Marc Garneau announced that travelers flying within the country would be able to pack up to 30 grams of cannabis.

So, while the rest of the country was celebrating this historical day by toking up, or more realistically, queuing up at stores, Leafly teamed up with The MIX to test out the new legal limits for flying with cannabis.

The day kicked off early as Kevin Parr, proud Canadian and The MIX’s Social Media Manager took a flight from Vancouver to Kamloops to procure legal cannabis at the province’s only legal outlet before taking his inaugural purchase through airport security and on a flight to Toronto via Calgary.

Per Parr’s account, “when he laid out his essentials in the security tray, which comprised of an iPhone and 28 grams of cannabis, security was casual and curious. [Staff] noted, “Oh this is how it looks like.” when checking out the official legal packaging.”

Parr landed in Toronto just before midnight on Wednesday night, to claim not only the honour of being the first person in the country to fly with legal cannabis… he might also be the first person in Ontario to smoke some as the people in the province patiently await deliveries after ordering online from the OCS.