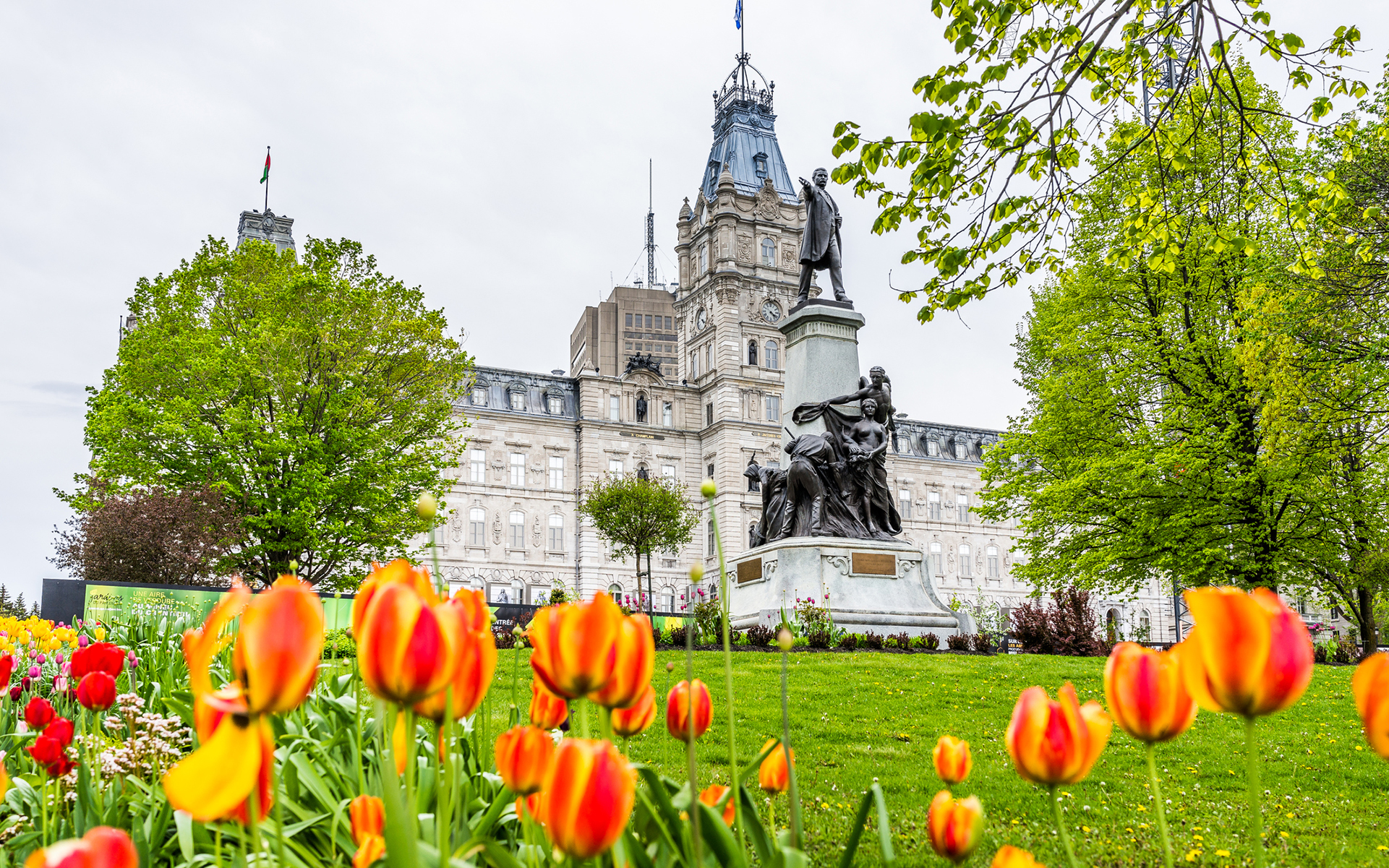 (krblokhin/iStock)
On Tuesday, Quebec’s Bill 157, An Act to constitute the Société québécoise du cannabis, to enact the Cannabis Regulation Act and to amend various highway safety-related provisions, became law. Though it does not enact a province-wide public ban on cannabis use (leaving that up to municipalities), Bill 157 bans recreational home-growing and is Canada’s only provincial cannabis bill to set a limit for how many grams (150g) may be possessed in a single private residence. Despite the Bill’s stringent tone, the message from the governing Liberal party upon passing it was, “We didn’t want to do this.”

Besides banning homegrow, Bill 157 makes Quebec the only province to limit how many grams (150g) may be possessed in a single private residence.

“Quebec has positioned itself and will be ready for the legalization of cannabis this summer and which, I repeat, has been imposed by the federal government,” said Public Health Minister Lucie Charlebois, repeating a message that many in the provincial Liberal government have stressed over the seven months of the Bill’s development. The bill also mandates zero tolerance for driving under the influence, forbids points of sale near schools or daycares, bans workers from being under the influence of drugs or alcohol, and earmarks $25-million per year in funding for cannabis research and harm-reduction.

Cannabis will be sold through the Société Québécoise du Cannabis (SQDC), a subsidiary of the Société des Alcools du Québec created through the Bill. The legislation allows for dry cannabis and cannabis oil, with dried-flower for sale at roughly $6 per gram.

There’s little surprise in the Liberal reticence to celebrate the Bill’s passage. Quebec’s conservative party Coalition Avenir du Québéc (CAQ) is polling nine points ahead of the governing Liberals in the leadup to this fall’s provincial election, and they have been aggressively opposed to legalization, fighting the centre-right Liberal government over their choice to make cannabis legal at age 18 (like alcohol) and pushing for a minimum age of 21. The CAQ has also demanded a province-wide ban of cannabis use in all public places.

The bill also mandates zero tolerance for driving under the influence and earmarks $25-million per year in funding for cannabis research and harm-reduction.

In their formal response to the introduction of Bill 157 last November, the CAQ called the legislation “far too permissive,” and bemoaned that “with 150 retail locations, there will be more
than there are Saint-Hubert
restaurants in Quebec.”

In a February follow-up statement, CAQ’s Simon Jolin-Barrette said the party had never supported cannabis legalization. “But faced with the fact that the federal government is not going to reverse course, it is the responsibility of the government of Quebec to prepare itself and to the maximum extent limit the perverse effects of the normalization of cannabis consumption.”

In voting against Bill 157, the CAQ (non-sovereigntist Quebec nationalists) also stressed they wanted Quebec to have maximum control of cannabis cultivation within its borders.

“These elements were essential in order for us to support this Bill,” said CAQ Member of National Assembly Éric Caire. He said that if elected in the fall, they would modify Bill 157 to achieve their cannabis goals.

Though Bill 157 passed (with support from the left-wing Québec Solidaire’s three MNAs), the CAQ were joined in voting against the bill by the centrist/sovereigntist Parti Québécois (PQ), whom the Liberals had expected to support it. On June 1, the PQ’s Sylvain Pagé told le Devoir, “Me, I’m still satisfied with the work we’ve done. I’m going to make a recommendation in caucus
that will be positive.”

Less than two weeks later, on Tuesday, Pagé announced to the media that he could not support the government in allowing consumption of cannabis in public spaces.

“This is a gesture of normalization that is, for us, far too important,” he said.

PQ leader Jean-François Lisée added that his party wanted Quebec’s cannabis production to be managed by the Quebec government and its Ministry of Agriculture, Fisheries, and Food.

“Clearly, the Quebec government did not want to fight this battle with Ottawa,” Lisée said. “This abandonment of Quebec sovereignty over a legal agricultural sector is, for us, unacceptable.”

Lisée also noted that he and his party were concerned about “links between producers and tax havens,” particularly following a Journal de Montréal report
in January that discovered 35 of the then 86 producers licensed by Health Canada were supported by at least $165 million in anonymous investments from tax havens. Follow-up reporting in April
revealed that three of the six LPs who had signed agreements with the SQDC—Hydropothecary, MedReleaf, and Aurora—had received “tens of millions of dollars” from tax havens, including the Cayman Islands, Barbados, and the Bahamas.

Charlebois claimed the PQ’s change of direction just before the vote amounted to “playing politics with a project that touches public health, especially that of our young people.”

In a comment after the vote, Charlebois said, “Our little egos and our political games, excuse me, there, this isn’t a good bill to do that with. I’ll leave you with that. I’m a little bit angry.”

“This abandonment of Quebec sovereignty over a legal agricultural sector is, for us, unacceptable.”
PQ leader Jean-François Lisée

The CAQ and PQ’s official reticence may surprising, coming from a province stereotyped as full of free-spirited pot smokers. However, according to Statistics Canada, Quebec’s per-capita cannabis consumption sits at 18.5 grams, solidly below the national 21-gram-per year average. That’s more than Manitoba, Saskatchewan, or the northern provinces and territories (all sparsely populated compared to Quebec), but it’s well below the rest of Canada, including the other three most populated provinces Ontario (21 grams), Alberta (24 grams), and BC (24.6 grams).

Public attitudes toward cannabis in Quebec, likewise, are significantly less welcoming than anywhere else in Canada
. Only 40% of residents polled last May supported legalization, compared with 58% of the Canadian population, and a scant 27% supported the sale of edibles, compared with Canadian average of 40%

The Liberals have tried their best to balance their desire to win an election in which the CAQ has pushed the PQ (traditionally to the left of centre on social matters, excluding racism) to angle for right-wing votes
against their governmental duty to enact federal legalization, which is significantly less popular in Quebec than in any other high-population province. If this is a no-win situation, it seems the Liberals are bound to lose the coming election.