Once a week, a handful of military veterans gather at the Seattle Vet Center to practice the art of writing and the process of healing. Some write fiction. Others reveal themselves in memoir.

'This is easily the most rewarding work I've ever done.'
Warren Etheredge, Writer and teacher, the Red Badge Project

“We help people find tools to tell their own stories,” says Warren Etheredge, who teaches and leads the sessions. “I’ve been a teacher at every grade level for 30 years, and this is easily the most rewarding work I’ve ever done.”

Etheredge, a nationally known film critic, curator, and founder of The Warren Report, is one of eight writers who work with dozens of veterans in The Red Badge Project, a nonprofit group that helps wounded warriors “rebuild their individual sense of purpose and unique individuality” through the creative process of storytelling.

The group was created six years ago by Tom Skerritt, the actor, director, and Air Force veteran; and Evan Bailey, a former US Army captain. Red Badge groups now meet in Vet Centers  around the Pacific Northwest, from Spokane to Walla Walla, Everett, and Federal Way.

To mark Veteran’s Day, Nov. 11, this year Leafly is partnering with the Red Badge Project to bring some of those stories to life. Etheredge recently asked writers in his group to create a story that touched in some way on cannabis—a common topic of conversation among those managing PTSD.

“For the younger vets, it’s easier to talk about cannabis,” Etheredge recently told Leafly. “But for some older folks, from the Vietnam generation, it’s still something that’s not talked about a lot. Those who use it, swear by it. For some writers, their reaction was: ‘Oh please, let me spread the word.'”

While the rest of society is breaking down taboos around cannabis, it’s still a difficult topic in the military. A number of Red Badge writers, in fact, felt the need to use authorial pseudonyms because of the risk to their careers or VA benefits.

We’ve provided a few opening lines from each story, below. Click on the link to read the full piece.

We’ve also recorded the stories, and collected them in a short audiobook: 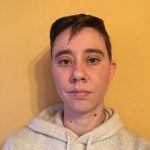 Aaron Patrick is a social worker and dad from Washington state. He served in the Washington Army National Guard from 2002 to 2010, including a deployment to Iraq during “The Troop Surge”. Aaron began his enlistment as an Avionics Equipment Repairer but reclassified to Military Police and deployed as a Military Police sergeant. His favorite strain is Sugar Plum.

Bringing Back the Feelings

I can’t sleep unless I drink myself unconscious. It seems I can’t do much of anything without a drink. They say alcohol is an anesthetic, but I’m not drinking to numb any pain. I’m drinking because I can’t feel anything at all. I’ve cauterized my feelings. 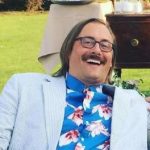 As a non-combat veteran of the U.S. Army, I’ve never had the need to use cannabis to alleviate or minimize the effects of PTSD. My cannabis use has always been purely recreational and didn’t begin until well after I transitioned out of the service. My military experience was more Robert Altman’s M*A*S*H than Stanley Kubrick’s Full Metal Jacket. I hated people telling me what to do and I loathed the lack of agency that began as a cadet at West Point and lasted until I finally transitioned out of the service in late 2003.

Shortly thereafter, I took my first hit off a joint.

Sam Arrington grew up on the east coast and enlisted in the US Army after the attacks on September 11, 2001. He served eight years, including combat tours in Iraq and deployments as a combat advisor in Lebanon and Yemen. He now lives in Washington with his wife and two sons and spends his days teaching, writing, and coaching baseball.

A Time To Be Still

“This doesn’t kill kids. It kills adults, but not kids.”

Early on a doctor had told him that. Now he just repeated it whenever the silence took him to some place he didn’t want to be.

A small girl was sleeping on the bed in front of him. Her frame was overwhelmed by the bulk of the large bed. She was asleep and the last of the daylight was fading on the mountains outside the window of her hospital room. It cast a beautiful rose glow on her skin.

A nurse entered the room. 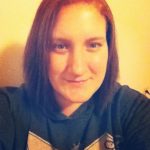 Maggie S. spent six years in the active duty Army as a public affairs specialist and broadcast journalist.  She met her husband while stationed in Germany and they have been married for over 20 years. She has three children, Timothy, Madison and Aidan.

When everything got really bad, Mom thought it would help.  I was, of course, hesitant since I didn’t really have a decent track record with anything beyond say Tylenol.  But, Mom decided, after it had been brought up that we would try it together.  She, at 62 and I at 35 would have some cannabis together in an attempt to calm my mind, and my body from 6 years of service that wrecked havoc on both.

While I had certainly tried it once before – it was before, before everything.  I was 18, and in Amsterdam, then Denmark, then Norway, and finally what was previously East Germany.   The last of my cousin’s stash was imbibed at the top of a cathedral where my sister, cousin and I all had to huddle together and block the wind so the makeshift wooden pipe bought in desperation in Amsterdam could be lit. 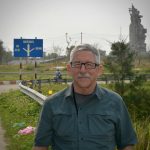 Skip Nichols is a Marine combat veteran who served in Vietnam from 1967-68. He and his wife, Paula, live in Walla Walla, Wash. They have two daughters and two grandsons. Nichols’ hobbies include writing and scuba diving. He has a degree in wildlife biology and worked as a newspaper editor for 40 years.

Six black body bags lay in a row, splattered with the red mud that stained everything on top of the small hill south of the DMZ in Vietnam.

Fred Cleary whistled while Bobby Erl Baker remained silent as they struggled to pick up the bodies, Marines killed at nearby Con Thien during a massive bombing siege by the North Vietnamese Army. When they finished loading the bodies on a UH-34 helicopter, Baker was visibly shaking.

Baker didn’t answer, but he wondered if someday someone would one day load his body on a chopper. The war suddenly seemed very real. 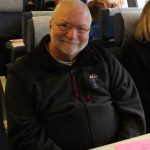 Reg Doty was born in 1947 and went to war in 1967. He married his wife Jenise in 1971, graduated from Washington State University in 1976, the same year their son was born. He has been diagnosed with severe PTSD from his war years. “I have great difficulty talking to people,” he says, “but I try to make up for that through writing.”

After two tours partaking in the great “Asian vacation” I was looking forward to starting my life over as an expatriate in a place far away from the insanity that hijacked my dreams and left my spirit weary: a place where I might find my way to moral redemption? Fate intervened, though, when I met a young woman with whom I shared much in common. So as it happened we became expatriates together, not on the far side of the world, however, but in the community where she was born and raised, deep within the confines of eastern Washington State.

We all know that it takes faith to move mountains, but coupled with love and kindness you just might be able to save souls too. I was a hard case, to be sure, but here was someone who wasn’t about to give up on me. Persistence and perseverance is a motto we should all live by and my beautiful friend put meaning and action into those words. Perhaps even a half-wit like me could get swept-up in a campaign to salvage himself.

L.J. is a U.S. Air Force Veteran and stand-up comedian. He comes from a tribal community in Minnesota and now lives in Seattle with his two kids.

In the late 90’s I bought a ragged old 1987 Toyota pickup truck to drive around base and get me in to town.

This was when I was stationed at Edwards Air Force Base in the Mojave desert.

At one time this base was considered a remote location and the military gave personnel living there a small stipend for having to be in the middle of nowhere. Somewhere along the way, the powers that be in the defense department decided to move the checkpoint gate five miles closer to town in order to deny the stipend and be able to say the base had easy access to civilization even though the junior enlisted dormitories and other base housing did not move five miles closer to town.

Health
COVID-19 and medical marijuana: What you need to know
Industry
COVID-19: Is my dispensary open?
Health
Is it safe to consume cannabis during and after pregnancy?
Health
Can you bring medical marijuana into Disney?
Sign up for more Leafly news
Thank you for subscribing!