Bong John Wick Is the Hero Cannabis Deserves, But Not the One It Needs Right Now 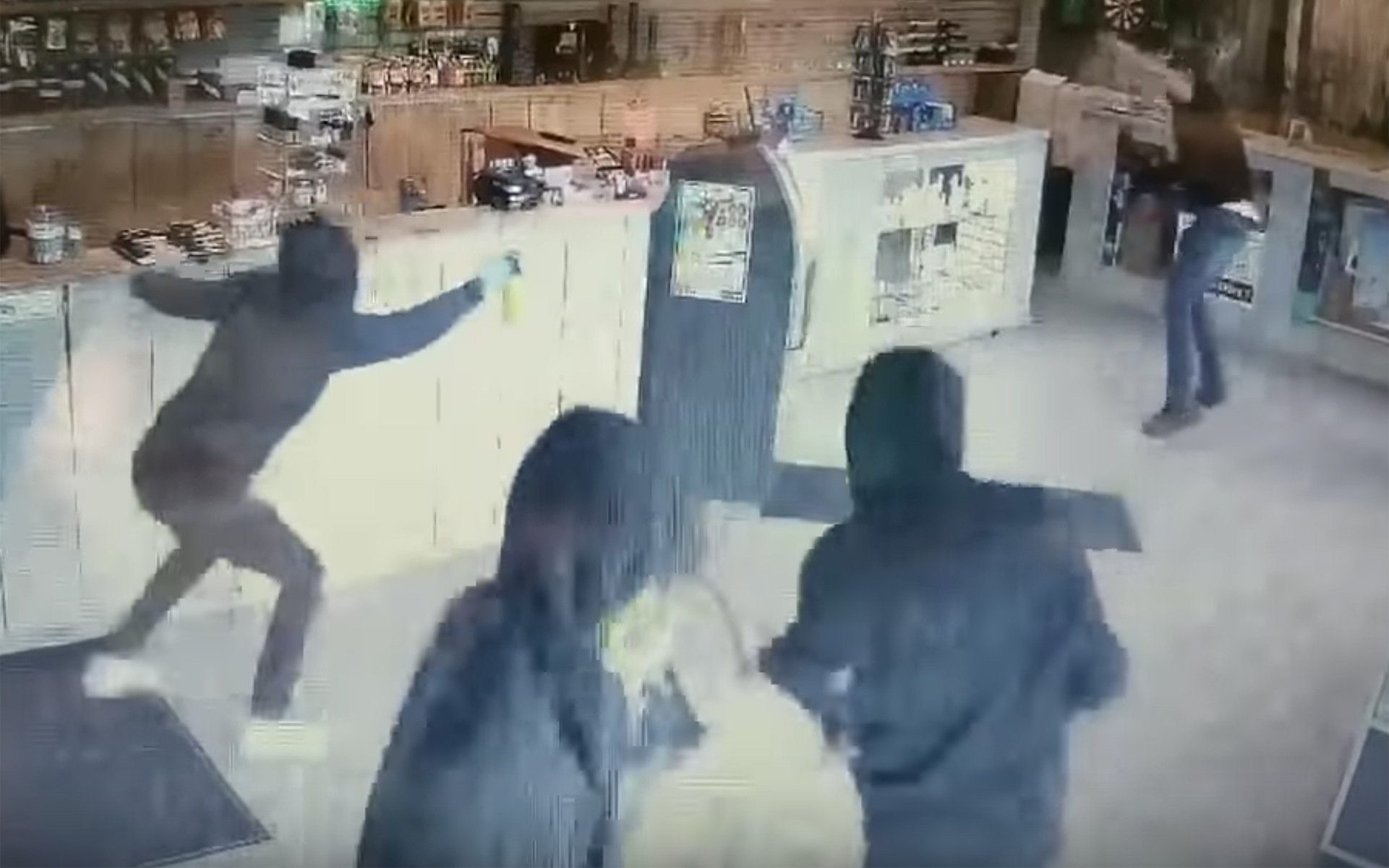 Regulated cannabis dispensaries are some of the safest, most secure businesses around. But any business can be subject to attempted robbery. It’s scary and terrible, and hopefully no one gets hurt—like on Sept. 6 when four assailants tested the wrong Canadian dispensary, Recreational Cannabis Farmers Market in Shannonville, in the icy north.

According to camera footage and police reports, the four robbers stormed the store yelling “get down” and spraying a can of bear mace, figuring it would earn them immediate compliance. Wrong. Bear mace just makes big bears mad. Ditto for this particular dispensary’s store clerk/cannabis action hero, who police say hailed from the Tyendinaga Mohawk Territory and offered “great resistance” to the attempted crime.

Check Dispensary Menus Near You on Leafly

In the security camera footage, it’s just another slow afternoon at the market until the thieves enter, wearing all black and screaming. Bong John Wick, who was seen earlier entering the shop with the tiniest speck of a dog, nonchalantly ducks down behind the register and reaches for his defensive weapon of choice—a tough, borosilicate glass bong that must be a good 18 inches in length.

Bong John Wick walks through the mace plume like it’s Chanel No. 5 and begins to engage the trio in bong-to-head combat. The thieves immediately get spooked and never really regroup. A pitiful attempt to counter-counter-attack with a plastic recycling can goes nowhere. Bong John Wick eventually taunts them by dropping his guard, then sallies forth with one final charge that sends them running.

Ugh. It’s terrible that some people think they need cash that bad. We’re glad no one seems to have been hurt. And it’s worth adding that legalization rules often mandate outside and inside security guards as well as cameras and other theft prevention procedures not generally found at your corner liquor store.

Find Legal Cannabis Near You With Leafly

Canadian legalization and regulations are set to kick in this year. Until then, there’s take-no-crap budtenders to contend with. It’s enough to give Canadian dispensary crime a hard pass.

As for bong John Wick, Leafly is working on sending him a fat merch bag.