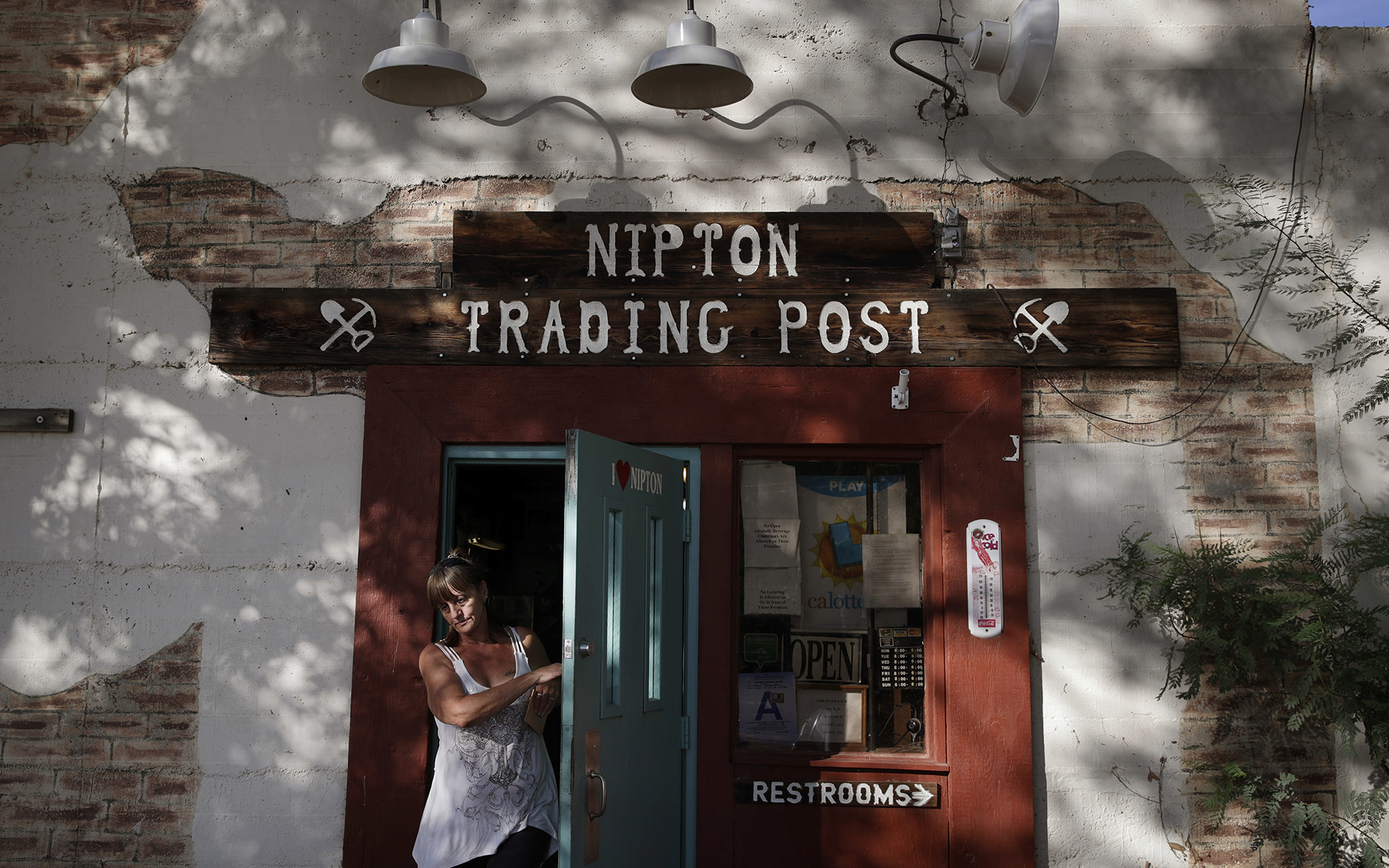 A woman leaves the Nipton Trading Post, Thursday, Aug. 3, 2017, in Nipton, Calif. American Green Inc., one of the nation's largest cannabis companies, announced it has bought the entire 80 acre California desert town of Nipton. (AP Photo/John Locher)
NIPTON, Calif. (AP) — Now that one of the nation’s largest cannabis companies has bought the entire California desert town of Nipton, a question remains: Will the new owners rename the place Potsylvania?

The name Weed already belongs to an old mill town in Northern California.

American Green Inc. announced Thursday it is buying all 80 acres of Nipton, which includes its Old West-style hotel, a handful of houses, an RV park and a coffee shop. Its plans are to transform the old Gold Rush town into what it calls “an energy-independent, cannabis-friendly hospitality destination.”

The town’s current owner, Roxanne Lang, said the sale is still in escrow, but confirmed American Green is the buyer. She declined to reveal price before the sale closes, but noted she and her late husband, Gerald Freeman, listed the property at $5 million when they put it up for sale last year. 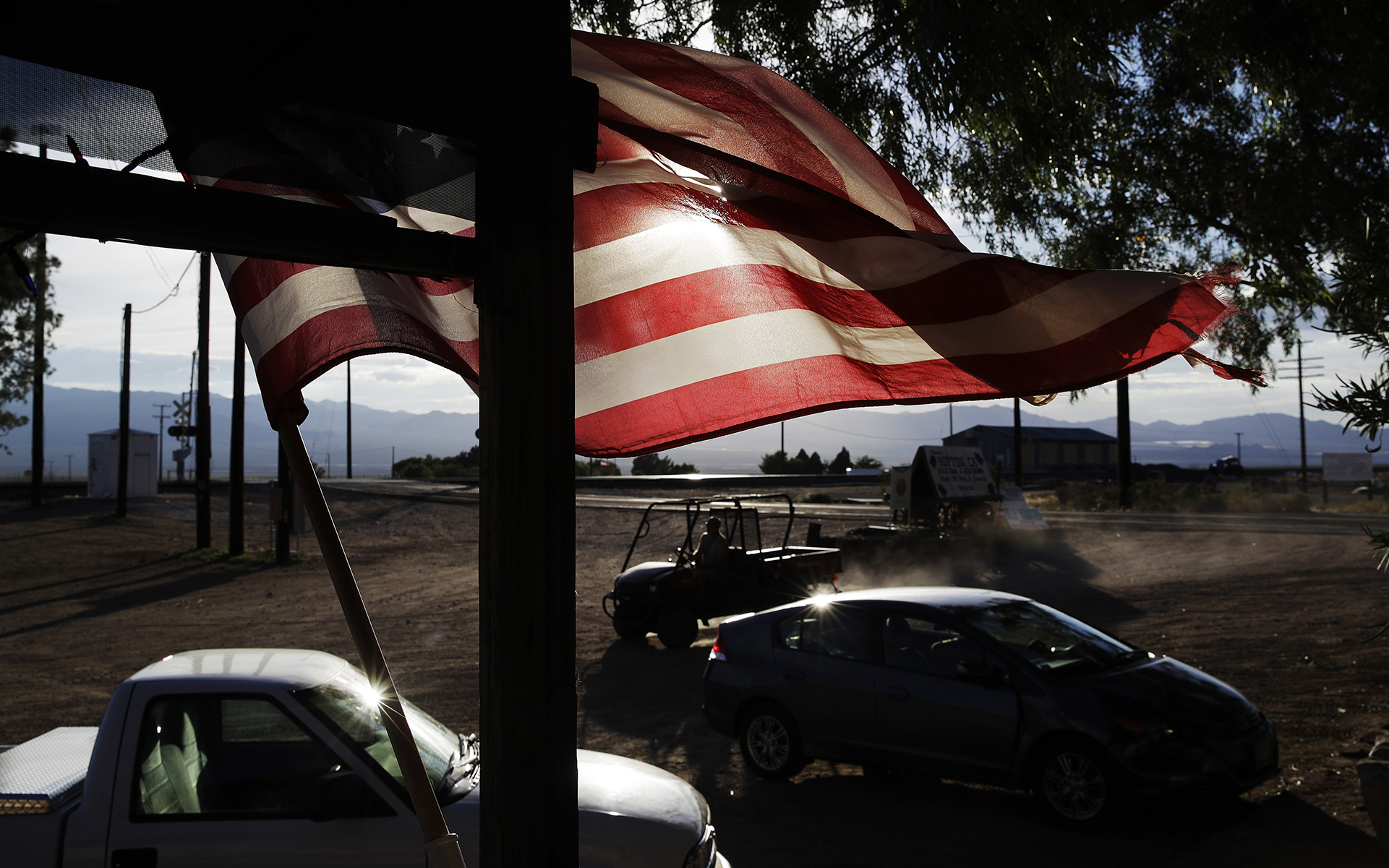 A flag flies in front of a store in Nipton. (AP Photo/John Locher)

Asked what her husband would think of the buyers’ plans to turn Nipton into the pot paradise of the California desert, she laughed heartily.

“I think he would find a lot of humor in that,” she finally said, adding that as a Libertarian, Freeman had no problem with people using marijuana, and as a proponent of green power he’d be all in favor of energy independence. Over the years he’d installed a solar farm himself that provides much of the tiny town’s electricity.

American Green says it plans to expand that farm and also bottle and sell cannabis-infused water from Nipton’s plentiful aquifer, joint moves that would make the town green in more ways than one.

One of the town's major sources of revenue is the California Lottery tickets the general store sells to people who cross the state line from Nevada because they can't buy them there.

The buyers are also reaching out to edibles manufacturers and other cannabis-industry businesses, hoping they’ll be interested in relocating to Nipton and bringing jobs with them.

The town’s current residents number fewer than two dozen and one of its major sources of revenue is the California Lottery tickets the general store sells to people who cross the state line from Nevada because they can’t buy them there.

“We are excited to lead the charge for a true Green Rush,” David Gwyther, American Green’s president and CEO, said in a statement. “The cannabis revolution that’s going on here in the U.S. has the power to completely revitalize communities in the same way gold did during the 19th century.”

Indeed it was a gold rush that created Nipton in the early 1900s when the precious metal was found nearby.

But by the time Freeman, a Los Angeles geologist who liked to look for gold in his spare time, discovered the place in the 1950s it was already a ghost town. Even worse it was 60 miles south of Las Vegas and 10 miles (16 kilometers) off the major highway that connects that city to Los Angeles.

“I like to say it’s conveniently located in the middle of nowhere,” jokes Lang.

Freeman bought the town in 1985 anyway and spent the next 30 years lovingly restoring its boutique hotel and general store, building canvas-covered “eco cabins” and stocking them with wood-burning stoves and swamp coolers.

The small hotel has become a popular destination with desert aficionados and fans of the Old West, even though it’s located so close to a major rail line that moves freight between Los Angeles and Salt Lake City that guests are handed earplugs with their room keys.

Carl Cavaness, who works at the hotel, said Thursday the sale caught him by surprise. He said he hopes the new owners will let him and his wife stay.

“We like the quiet and solitude,” the 53-year-old handyman said. 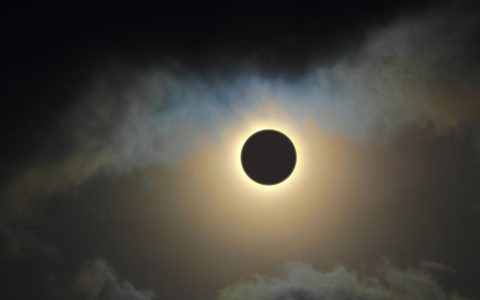 Best Strains and Products for the Total Solar Eclipse 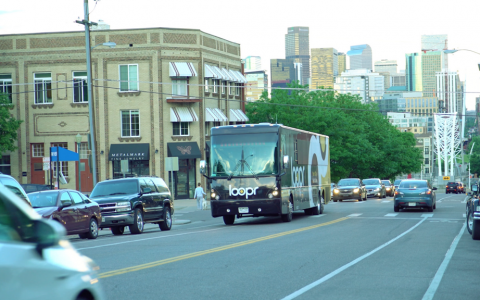 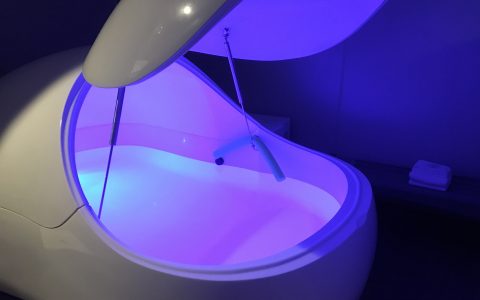 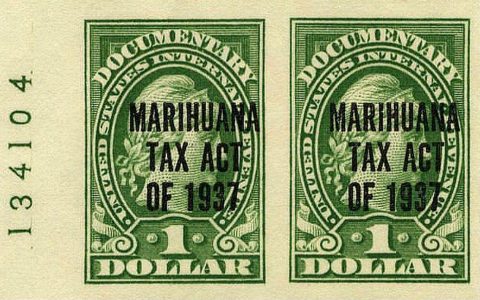