Gage PeakeOctober 24, 2017
Share
Twitter   Facebook
Print
A woman is paying at a coffee shop. The cashier is a young man. They are smiling at each other.

According to data released by the Washington State Liquor and Cannabis Board, over the past five months the state’s cannabis industry has broken a number of its own sales records, with monthly sales now exceeding $130 million.

Sales in Washington state fluctuate month-to-month, with a bit of a dip in February, but the sales graph generally keeps moving up and to the right. 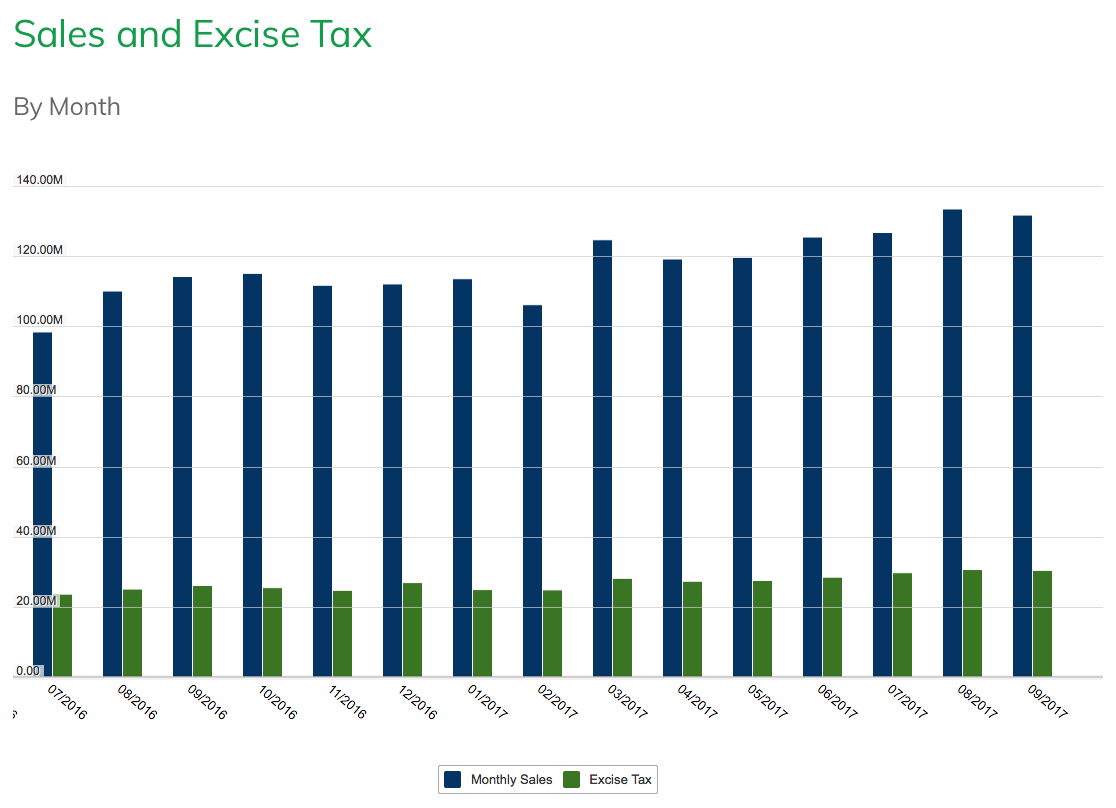 Sales of extracts and solid edibles continue their rise in popularity:

In the above chart, the spike in sales in early 2016 coincided with the increase in retail cannabis licenses. In January 2016 the state Liquor and Cannabis Board (LCB) increased the cap on retail licenses from 334 to 556. The state LCB tracks dollar-amount sales of concentrates, edibles, and topicals, but not flower. The agency does track the production of usable marijuana, which it tallies in pounds, in the chart below. 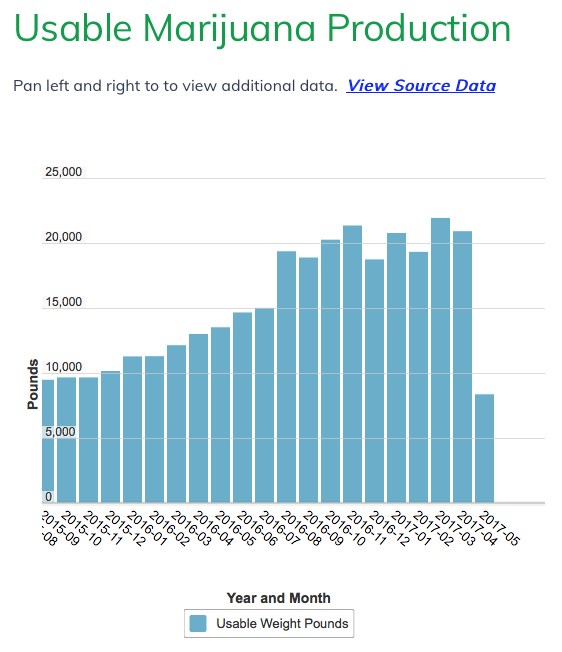