How Hotels Are Adapting to Cannabis Legalization 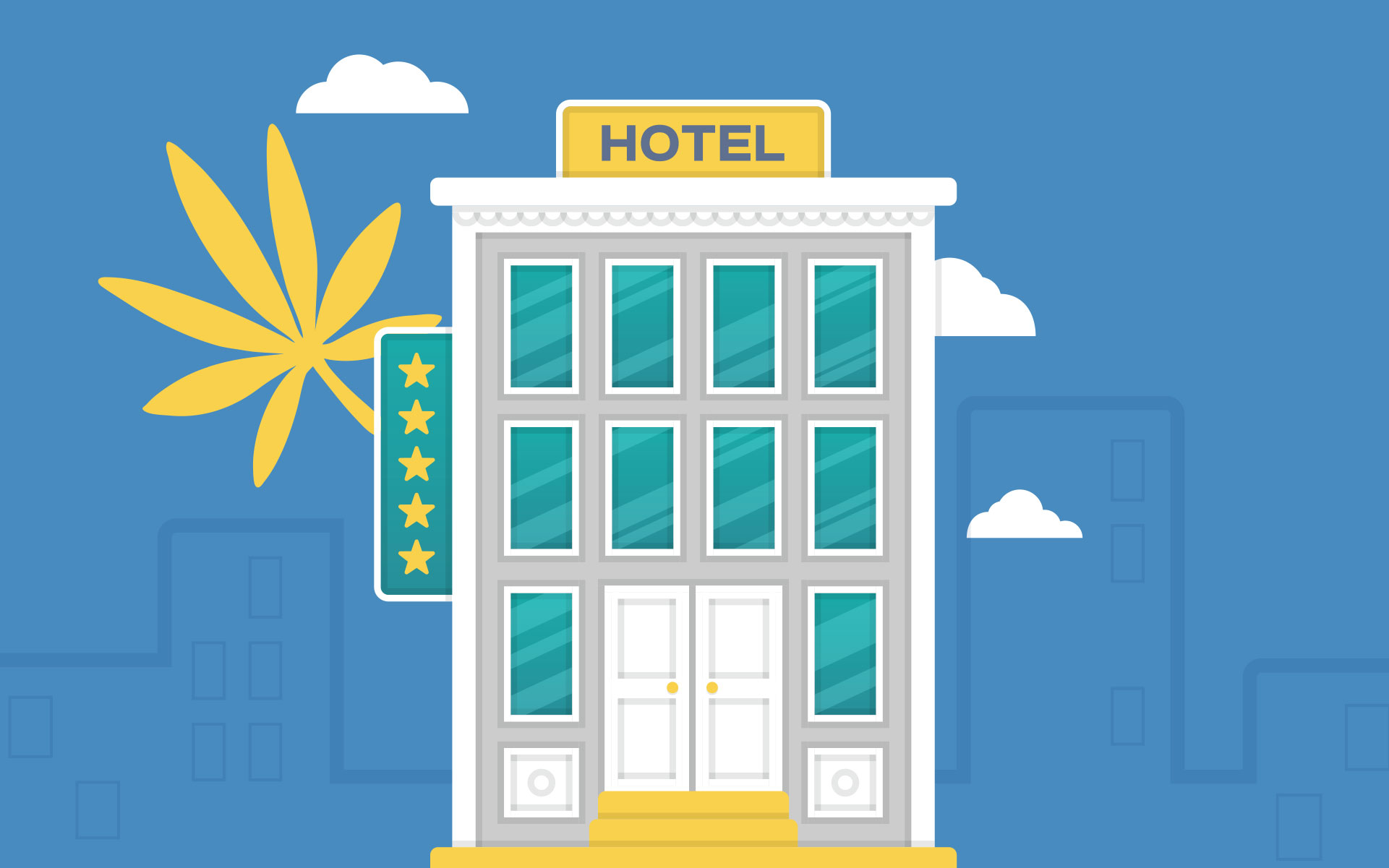 Look for chain hotels to create 420-friendly brands in coming years. (filo/iStock)
In most legal cannabis states, consumption is allowed only in private residences. Cannabis enthusiasts are prohibited by local laws from consuming in public—as well as in most public housing
, hotels, restaurants, cafes, bars and other venues.

That ‘where-to-smoke’ dilemma is forcing change in local laws and the hospitality industry.

There are a handful of consumption lounges in San Francisco
, but outside the Bay Area most consumers are out of luck.

That’s left millions of legal consumers in a bind. Cannabis may be legal to grow, sell, purchase, and possess—but if you’re just visiting a legal state, it can be almost impossible to legally light up.

That ‘where-to-smoke’ dilemma is slowly forcing changes in both local laws and the hospitality industry.

In recent months, a number of states have moved on reform measures:

Many cannabis consumers already get around the obvious risks of public cannabis smoking by instead consuming edibles, cannabis-infused tinctures and beverages. There are already a variety of independent 420-friendly hotels
and resorts in legal states and across Canada
, where people can stretch out and light up without fear of prosecution.

But experts say that until cannabis is legalized under U.S. federal law, the nation’s mainstream hospitality industry—companies like Wyndham, Marriott, Hilton, and Best Western—will continue to tread carefully when it comes to marijuana.

“What we see more and more today is the hospitality industry reaching out to their legal providers to help rewrite their policies, procedures, manuals and operational plans on how to deal with this,” Louis J. Terminello, chair of the Hospitality, Alcohol and Leisure Industry Group at the Greenspoon Marder law firm, told Leafly.

“But it’s constantly changing; it’s a moving target because legislation surrounding the use continues to move on in the United States, and at this point we’re only second-guessing and questioning.”

Most mainstream hotels, Terminello said, want to accommodate cannabis consumers, “while at the same time trying to respect the rights of those who do not want to be exposed to cannabis smoking.” 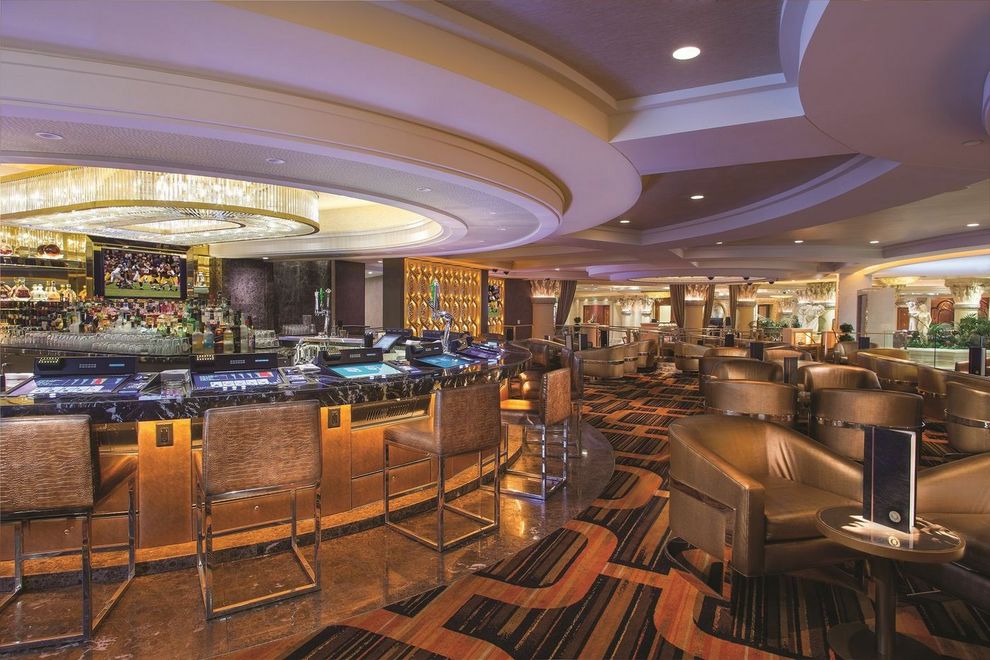 Some hotels still offer rooms where tobacco smoking is allowed. And they charge expensive cleaning fees to a guest who goes against the rules and lights up in a non-smoking room. Yet many cannabis consumers still risk those hefty fees to light up—as any guest who’s strolled down a hallway in a Colorado hotel can tell you.

So it is possible that we might, at some point, see hotel rooms reserved specifically for cannabis smokers?

“I think it would be a huge mistake would be to try to blend
into existing hospitably brands,” Theresa Meier Conley, an associate professor of the practice at the University of Denver’s Daniels College of Business Marketing Department, told Leafly.

The risk for a major hotel chain, she added, would be a negative response from their mainstream tourism and business customers when it comes to on-site cannabis consumption. There are also concerns regarding younger guests.

At the same time, most major chain hotels offer alcohol in lobby bars and restaurants as well as in each room’s mini-fridge. 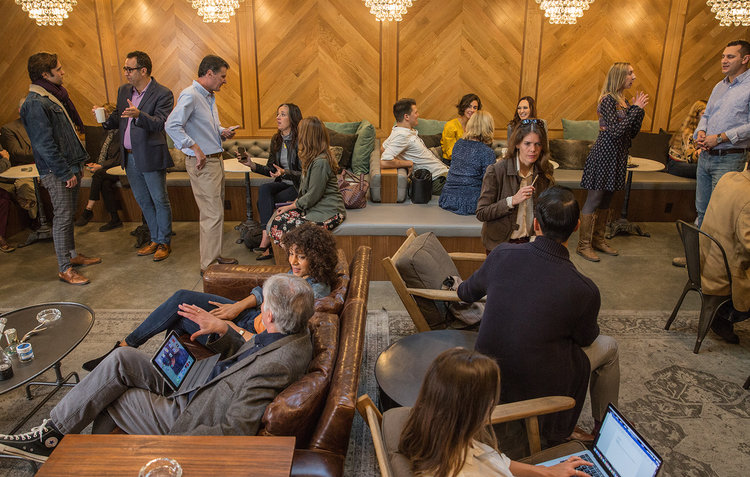 A vision of the future? Inside the Harvest cannabis lounge
in San Francisco.

Conley believes big chain hotels, resorts and other spaces within the hospitality sector could best serve themselves and cannabis consumers by creating 420-friendly sub-brands, like boutique hotels known for their comfort with cannabis.

In spite of the stigma still surrounding marijuana Conley acknowledges there is a growing market for cannabis-friendly public venues.

“I think what you have now is a real tension,” she said. “You’ve got
tourism coming, you’ve got consumers. You still have a need for people to consume, and to consume in a safe space that is clearly away from underage guests.”

Consumers in the Driver’s Seat

What we might also see in the near future, according to Conley, is the hospitality sector charging consumers premium prices at cannabis-branded and marketed hotels. These would be similar to resorts, vineyards and distilleries that have wine and whiskey tours, and on-site beverage tastings.

“Part of that premium will be education, along with a safe and comfortable environment,” she said.

Because cannabis has become big business, “consumers are in the driver’s seat,” she noted, “upping the experience, driving down the price. And that’s why we’re in a situation right now that is critical for this industry; for hospitality to really consider their role.”

Too Much Money to Ignore

And of course, the financial potential of cannabis-friendly public venues may become too much for both state legislatures and hospitality companies to ignore.

“Are you suggesting that money and politics may collide?” laughed David Helbraun. He’s a founding partner at Helbraun Levey
, a New York-based law firm that specializes in the cannabis and hospitality industries.

“Eventually it’s got to come down to that,” he told Leafly. “In New York there’s a lot of jockeying going on between the legislature and the governor’s office. At some point the pressure is going to be too much, to get part of these tax dollars.”

And many of Helbraun’s clients in the hospitality industry, especially in the Empire State, already see the changes coming.

“I think a lot of people
are winking
and just saying ‘hey, keep it cool.’ In New York City you’ll find places to consume. Don’t be a jerk. If you’re a jerk, you’re going to get busted.”