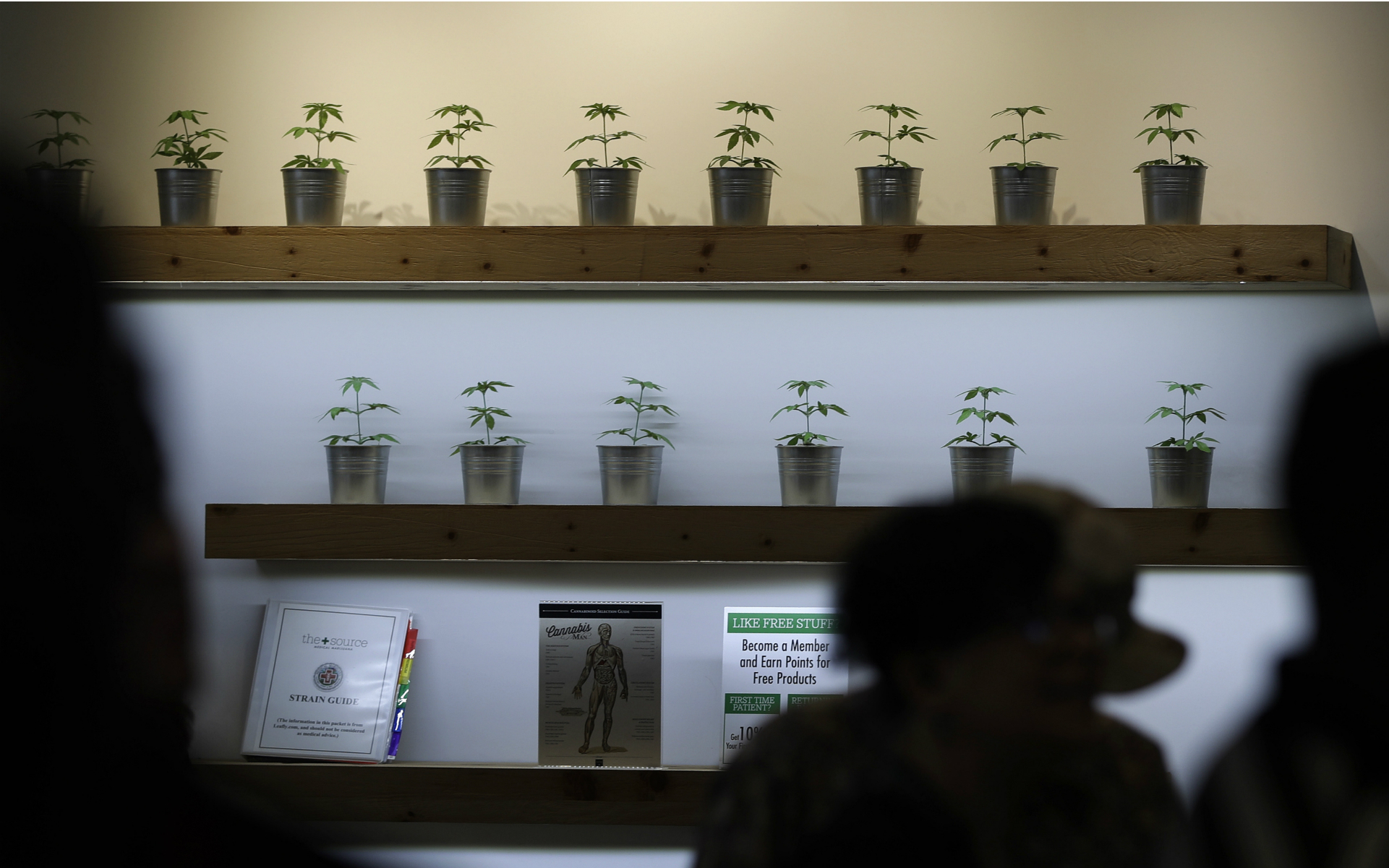 Plants are on display during the first day of recreational marijuana sales at The Source dispensary in Las Vegas. The Nevada Tax Commission is expected to approve an emergency regulation on Thursday to issue distribution licenses needed to address an anticipated supply shortage in the coming weeks. (John Locher/AP)
RENO, Nev. (AP) — Most of Nevada’s recreational marijuana retailers are optimistic an emergency regulation that state officials are expected to approve will help keep them from running out of cannabis products, but some are “running on fumes,” an industry official said Tuesday.

The State Tax Commission is scheduled to vote Thursday on an emergency measure Gov. Brian Sandoval endorsed late last week in an effort to allow the state to issue cannabis distribution licenses currently banned by a court order.

Nevada Tax Department spokeswoman Stephanie Klapstein said some of the 47 licensed retailers have reported twice as much business as they anticipated since recreational sales began July 1, and many fear their shelves soon will be empty.

“But there are some that are obviously concerned given that we are 10 days into retail sales without being resupplied,” Jolley said. “I have heard of some dispensaries running on fumes, if you will.”

There is no “state of emergency” for a marijuana shortage; governor endorsed emergency regulations. Clarification and regulation below: pic.twitter.com/nI0oXFqfhT

A legal battle over distribution of cannabis for recreational use threatens to jeopardize the flow of supplies from growers and manufacturers to retailers in the coming weeks.

Before recreational sales began July 1, most dispensaries selling medical marijuana were authorized to serve as their own middleman and the bulk of them started stockpiling supplies months ago in an anticipation of high demand.

“Everybody that I know tried to augment their inventory as much as possible in the days and weeks leading up to July 1, but I’m not sure to what extent they were able to do that,” Jolley said Tuesday.

About a week before sales began, Sandoval’s chief of staff Michael Willden said state officials had been informed the dispensaries may have up to a 60-day supply of cannabis products.

“We are now informed that many have only days or weeks of product to be sold,” he said last week when the governor announced his endorsement of the emergency regulations to facilitate the issuing of distribution licenses to existing retailers.

The head of a company that owns hemp and cannabis operations in southern Nevada said the regulatory move can’t come soon enough.

“I don’t think anyone anticipated this strong of an initial demand, and by all accounts it’s a very real possibility that the state could literally be out of sellable products in August,” Friday Night Inc. CEO Brayden Sutton said Tuesday.

“Current production in Clark County was set up for a snoozey medical market, not the 10-time increase in sales that retailers experience once they can sell to anyone 21 and up,” he said.

On Monday, the Sparks City Council became the latest local jurisdiction to approve an ordinance allowing for recreational cannabis sales. Currently, there are four licensed retailers in Reno, one in Pahrump, one in Mesquite, one in Laughlin, four in North Las Vegas and 36 in Las Vegas. 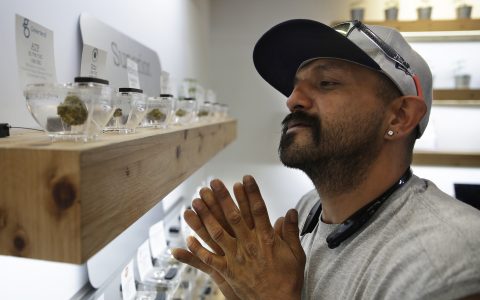 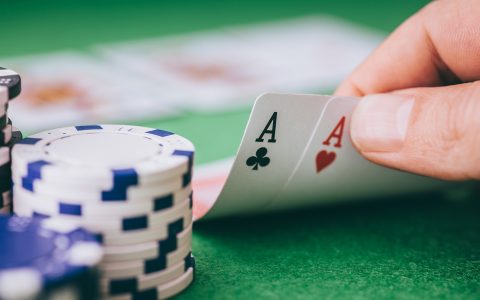 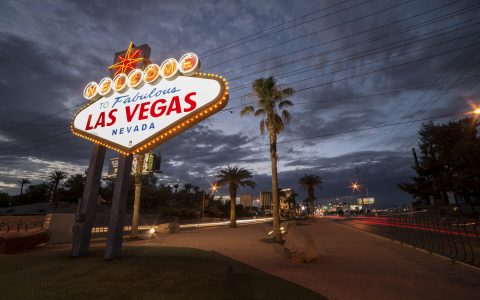 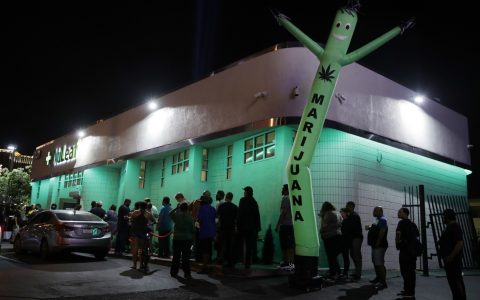