Which Illegal States Are the Most Cannabis Curious?

Leafly Staff March 24, 2016
Share
Share on Twitter   Share on Facebook
Print
In January we examined what percentage of people looking at legal dispensary pages (Colorado, Washington, and Oregon) on Leafly.com were from other states, providing some insight into the growing appeal of cannabis tourism. Today we’ll identify the states that are the most “cannabis curious,” meaning they either have very limited medical marijuana laws or are illegal states, yet they can’t help but sneak peeks at Leafly to look up strains and dispensaries or read the latest cannabis news.

In the below chart, we highlighted 26 states where cannabis is either outright illegal or only allows limited access to CBD products, and charted their visits to Leafly over a six-month period.

Advertise Your Business with Leafly

July 2015 – January 2016 visits to Leafly.com from non-legal states (click on the image to see an enlarged version) 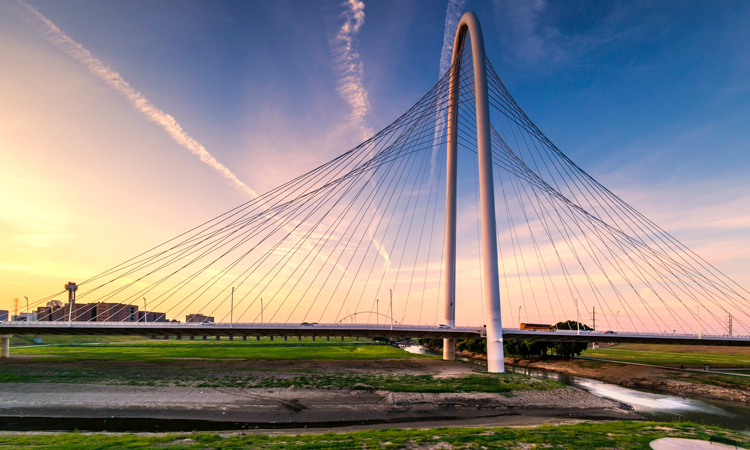 Leading the charge for cannabis curiosity is Texas, which isn’t surprising — if you recall January’s Marketwatch chart, you know that nearly 33% of the traffic to Colorado dispensary pages comes from Texas. The state has recently made many efforts to soften its cannabis laws. Last year Texas introduced six different cannabis-related bills and passed a limited medical marijuana bill legalizing cannabis oil for epileptic patients. Unfortunately, many Texans are clamoring for expanded access to medical marijuana for illnesses such as PTSD. Texas’ CBD program is scheduled to debut in 2017, which could also be when the state decides to expand its medical marijuana program (although we encourage that to happen much sooner).

Florida has also made persistent efforts to legalize in the past two years. Like Texas, Florida legalized the limited use of CBD (the Charlotte’s Web strain for epilepsy and seizure treatment), and it also peeks at legal markets’ dispensary pages. In November 2014, Florida tried to legalize medical marijuana and even attracted nearly 58% of the votes in favor of passing the measure, but the state requires a 60% majority in order to pass so alas, Florida came up short. Fortunately, advocates remained undeterred, and organizers announced in early 2016 that they’ve gathered enough signatures to qualify another measure for this year’s November election.

Here’s a quick rundown of the other states rounding out the top six on the list:

Pennsylvania: The Keystone State has a history of approving bills that later get stalled in the House or fail to receive review hearings. Earlier this month the House once again voted to legalize medical marijuana, which would allow a number of conditions, put no cap on the amount of THC allowed, and approve up to 150 dispensaries. The bill now, you guessed it, goes to the House for approval.

Virginia: Last year Virginia legalized high-CBD, low-THC cannabis oil for epilepsy patients, but recent efforts focus on decriminalizing cannabis and reducing possession penalties to civil fines. That doesn’t sound like much progress, but recall that Virginia’s arrests for cannabis possession increased by 76% between 2003 and 2014, including a disproportionately high 106% increase in arrests of black people despite Virginia’s 20% black population.

Ohio: The Buckeye State’s failed November legalization campaign (in which ResponsibleOhio tried to legalize both medical marijuana and recreational cannabis) was criticized by voters for trying to essentially set up a monopoly. Not to be deterred, advocates bounced back with an initiative focused on medical marijuana only. Legalization groups are currently working to gather enough signatures to qualify the new initiative for the November ballot.

Find Out How Leafly Can Help Grow Your Cannabis Business

Interestingly, a number of states have experienced profound growth in traffic to Leafly.com at the end of 2015 compared to the beginning of the year.

Increase in visits to Leafly.com from non-legal states from the first six months of 2015 to the last sixth months of 2015 (click on the image to see an enlarged version)

Four have all experienced noticeable growth in traffic to Leafly.com in 2015:

South Dakota is one of the only states with no cannabis laws whatsoever, with voters rejecting medical marijuana initiatives in both 2006 and 2010. However, last fall New Approach South Dakota gathered over 16,000 voter signatures in support of a new medical marijuana legalization measure. Although Secretary of State initially rejected the initiatve due to a number of invalid signatures, earlier this month she agreed to re-sample them for validity.

South Carolina legalized CBD oil in 2014, and last fall a state Senate subcommittee passed a bill that would legalize medical marijuana. The bill is currently being considered by the medical affairs committee of the South Carolina Senate, although if this ornery 79-year old Charleston woman had her way, she’d legalize cannabis in her state now (presumably after chiding Marco Rubio some more).

Idaho’s increase in visits to Leafly.com isn’t surprising given that the state is flanked on all sites by neighbors that either allow medical marijuana or have legalized outright. Unfortunately, it joins South Dakota as one of the few fully illegal states, and it has a hostile cannabis climate thanks to its tough cannabis laws and a governor who’s cozy with pharmaceutical companies and Big Tobacco. New Approach Idaho had put out a medical marijuana petition but pulled it earlier this month after a misunderstanding involving the American Academy of Pediatrics.

Arkansas is another completely illegal state, though it’s not for lack of trying. It’s had seven different ballot initiatives rejected by Attorney General Leslie Rutledge. She blames poor wording and construction on the failed initiatives, although there’s a silver lining for Arkansans: two medical marijuana initiatives are vying for the November ballot, one of which (the Arkansas Medical Cannabis Act), secured enough signatures to qualify.

Want Your Dispensary to Stand Out? Let Leafly Help!

What’s Going on With Kentucky and Oklahoma? 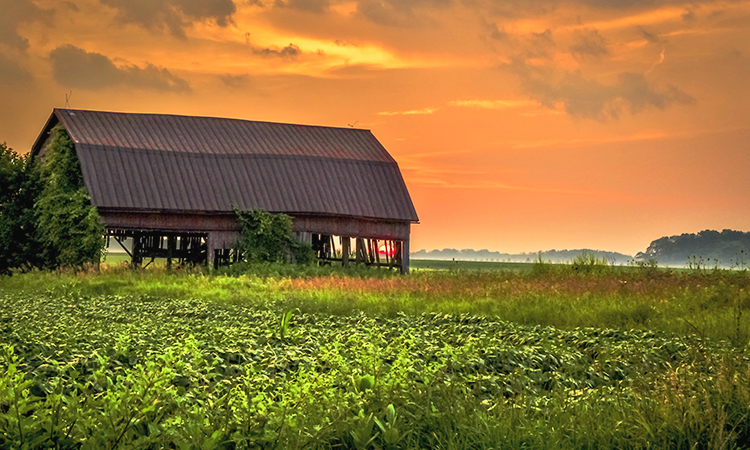 One state experienced the smallest amount of growth in traffic to Leafly.com in 2015, and two actually sent less traffic in the back half of the year than in the beginning. We’ll ignore Virginia for now since it’s still one of the top five trafficked states to our website, so a reduction in growth doesn’t really raise our eyebrows.

Kentucky is a curious landscape — not only is cannabis completely illegal, it’s also one of three entirely “dry” states in the country, requiring counties to specifically authorize alcohol sales (38 of its 120 counties are dry, while 49 are either “moist” or dry with special circumstances). Given that many residents are unable to legally procure cannabis or alcohol, it’s unsurprising to discover that Kentucky has a terrible heroin problem, and a drug that’s been prescribed to addicts in an effort to wean them off heroin has created another addiction dilemma. Kentucky’s interest in cannabis has been low-key, but we just want to point out that states with legal medical marijuana have seen a 25% decrease in prescription painkiller overdose deaths, so perhaps it’s time the Bluegrass State gets a little more canna-curious in 2016.

Oklahoma legalized CBD oil for qualified patients in 2015, and that seems to be all the state wants for now in terms of cannabis reform. In January, a medical marijuana legalization effort fronted by Green the Vote only managed to gather 70,000 signatures of the nearly 124,000 needed to get the issue on the ballot. A 2014 attempt also came far short of the signatures required. Oklahoma has also been in the news lately for teaming up with Nebraska to sue Colorado and have its legal cannabis market declared unconstitutional. Thankfully, earlier this week the Supreme Court dismissed the lawsuit, although lawyers pointed out that Nebraska and Oklahoma officials could bring their lawsuit to the federal district court. 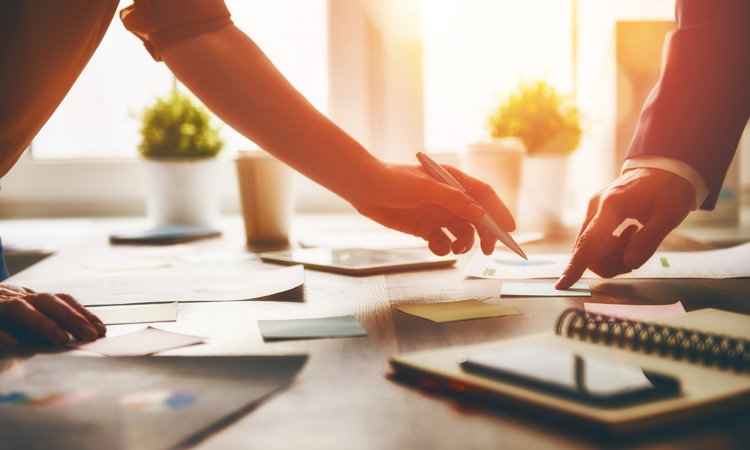 This data is interesting from a consumer standpoint, but how can it help your business? Simply put, it’s crucial for the cannabis industry to understand its market and the growing (or declining) interest occurring across the country, providing insight into which states could be the next to legalize medical or recreational cannabis and thus open up a new business opportunity. By keeping tabs on these cannabis-curious states, you could be getting a leg up on your competition by identifying which markets could open up next and being ready to expand your business into exciting new frontiers when the moment strikes.

How canna-curious is your state? Share your thoughts in the comments below and weigh in as to whether you think your state could be the next to join the growing cannabis movement. Also, if you’re a cannabis business looking to out-pace your competition, find out how Leafly can help you succeed!

Part one
Leafly Marketwatch: The Rapid Rise in CBD Interest
Part two
The Leafly Marketwatch: What Percentage of Your Dispensary Visitors Are Out-of-State?
Part three
Which Illegal States Are the Most Cannabis Curious?
Sign up for more Leafly news
Thank you for subscribing!