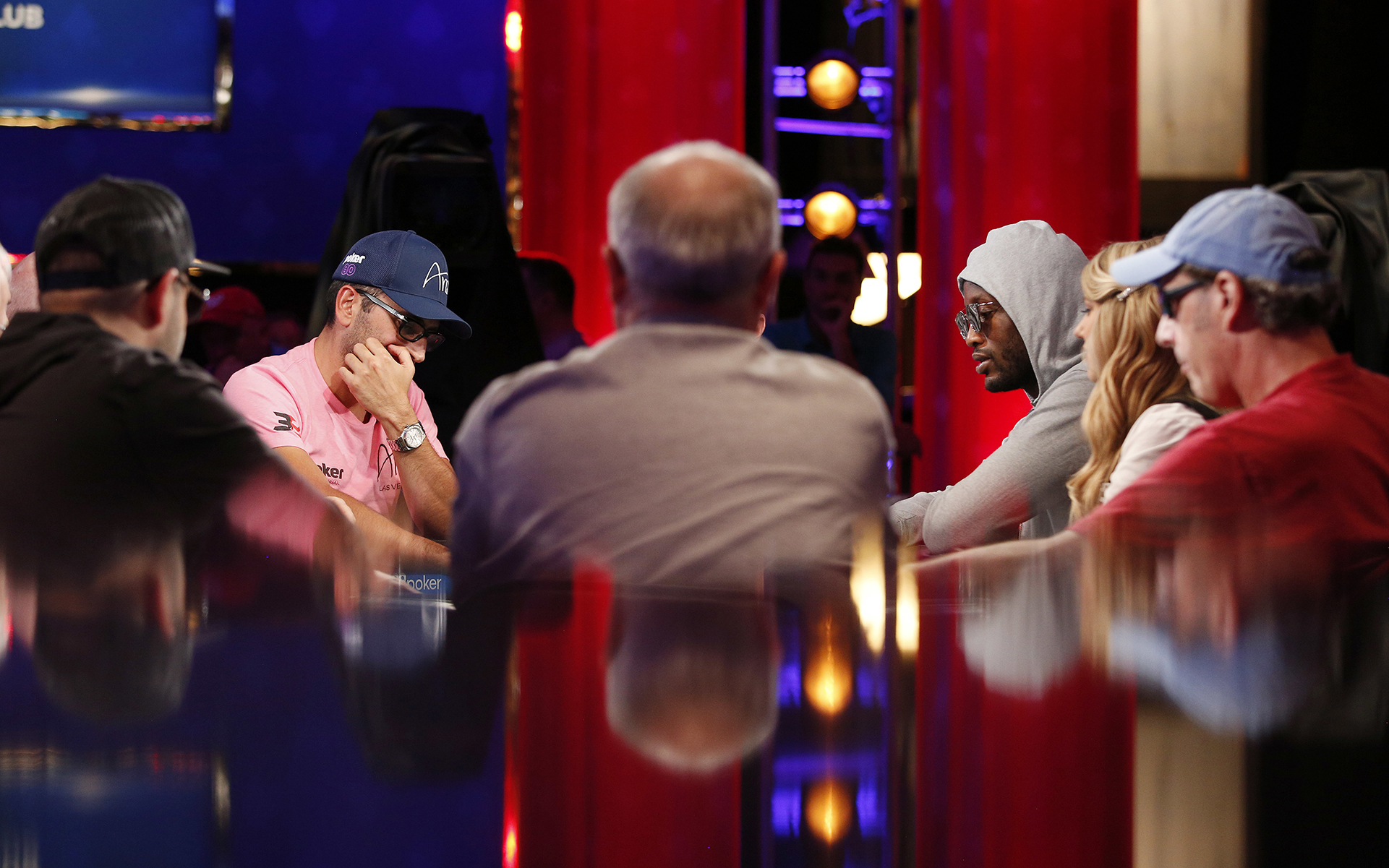 'Nobody had a problem with' the Blüm logo until the WSOP Main Event hit ESPN last week.

After cruising to his third-ever WSOP bracelet at Las Vegas’ Rio Casino & Hotel last month – and a $1.24 million paycheck – Mizrachi, 37, smiled as he posed for a championship photo next to his chip stack, proudly displaying the dispensary’s logo on the chest of his black collared shirt.

“Nobody had a problem with it,” he said.

For the nationally-televised WSOP Main Event, which started July 2, Mizrachi and Blüm agreed to move the dispensary logo from his chest to the front of his hat, where it’d be more visible to an estimated 615,000 daily viewers watching the tournament on ESPN and hundreds of additional viewers in attendance.

But after just three days, during a July 5 evening break in the main event poker tournament, Mizrachi was confronted by a tournament official. 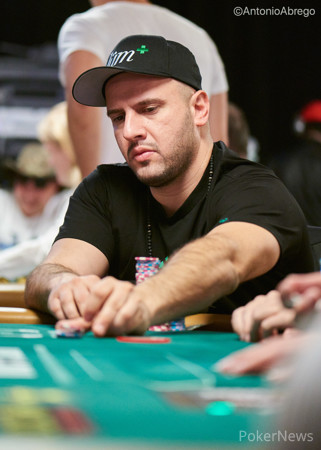 Mizrachi and hat in action.

His cannabis advertisement had to be concealed as part of the host venue’s “no-tolerance” policy toward marijuana, the official said.

Blüm Director of Operations Mikel Alvarez watched the drama unfold on a live stream from one of the company’s three Las Vegas dispensaries.

Alvarez, who oversees Blüm’s four stores
across Nevada in addition to its two locations in California, was shocked to see his client – after weeks of representing the company – suddenly wearing the Blüm hat backward with a piece of duct tape over the logo for which they had paid the poker player so handsomely.

“All of a sudden when they came back our logo was covered,” Alvarez said. “The whole thing was a surprise, and honestly, it was just disappointing.”

World Series of Poker spokesman Seth Palansky said the Rio, operated by casino mega-chain Caesars Entertainment, specifically prohibits advertising for companies in the marijuana, cryptocurrency, firearm and pornography industries, as well as illegal drugs and tobacco products in its rules issued to players
prior to the WSOP.

The decision to enforce the rules is at the discretion of tournament officials, who Palansky said are “often” asking players to change shirts or cover logos that violate tournament policy.

Mizrachi admitted to accidentally overlooking a section in the waiver form signed by players prior to entering the tournament that they’ve read and understand all of the Rio’s WSOP rules. But the anti-marijuana rule is hardly surprising given casinos’ strict policies against cannabis dating back to the plant’s Nevada legalization in 2015.

In the wake of recreational marijuana’s legalization in 2017, Nevada Gaming Commission Chair Tony Alamo repeated in several interviews and public hearings that the marijuana industry and casino industry “shall not meet,” in the state. Casinos found with marijuana-consuming guests were subject to having their license revoked from the gaming commission, due in part to the plant’s classification as a Schedule I drug per the U.S. Drug Enforcement Administration, Alamo said.

While many of Las Vegas’ 42 million annual tourists routinely sneak marijuana products into their hotel rooms, Alamo said it was up to casinos to crack down “as best they can.”

Reached Wednesday for comment, Alamo said his stances have not changed, despite efforts at the federal level to have the plant rescheduled and one day legalized.

Alvarez said Blum will honor the sponsorship it offered to Mizrachi, despite last week’s incident. Mizrachi, who has survived through Wednesday in the main event, says he has continued to wear the Blum logo uncovered during off-camera cash games at other casinos across the Las Vegas Valley, including multiple properties on The Strip. As of Wednesday, he hadn’t been asked to cover it at the other venues. Yet.

Looking for Cannabis in Nevada?