So you don’t just feel more creative when you’re stoned, you are more creative—at least potentially. But don’t take my word for it, here’s what famed astrophysicist Carl Sagan had to say on the subject:

There is a myth about [cannabis] highs: The user has an illusion of great insight, but it does not survive scrutiny in the morning. I am convinced that this is an error, and that the devastating insights achieved when high are real insights.

While the hyper-priming study only focuses on the way cannabis promotes creativity in a single individual, it’s certainly worth exploring how the heightened state engendered by the herb affects a group of artists and innovators when they all indulge and interact with each other.

From the invention of jazz to the birth of the home computer revolution, weed helped inspire some of history’s most transformative cultural movements. So while we wait for the science to catch up, here’s a chronology of just a few of the cannabis-fueled scenes that helped shape our modern world. 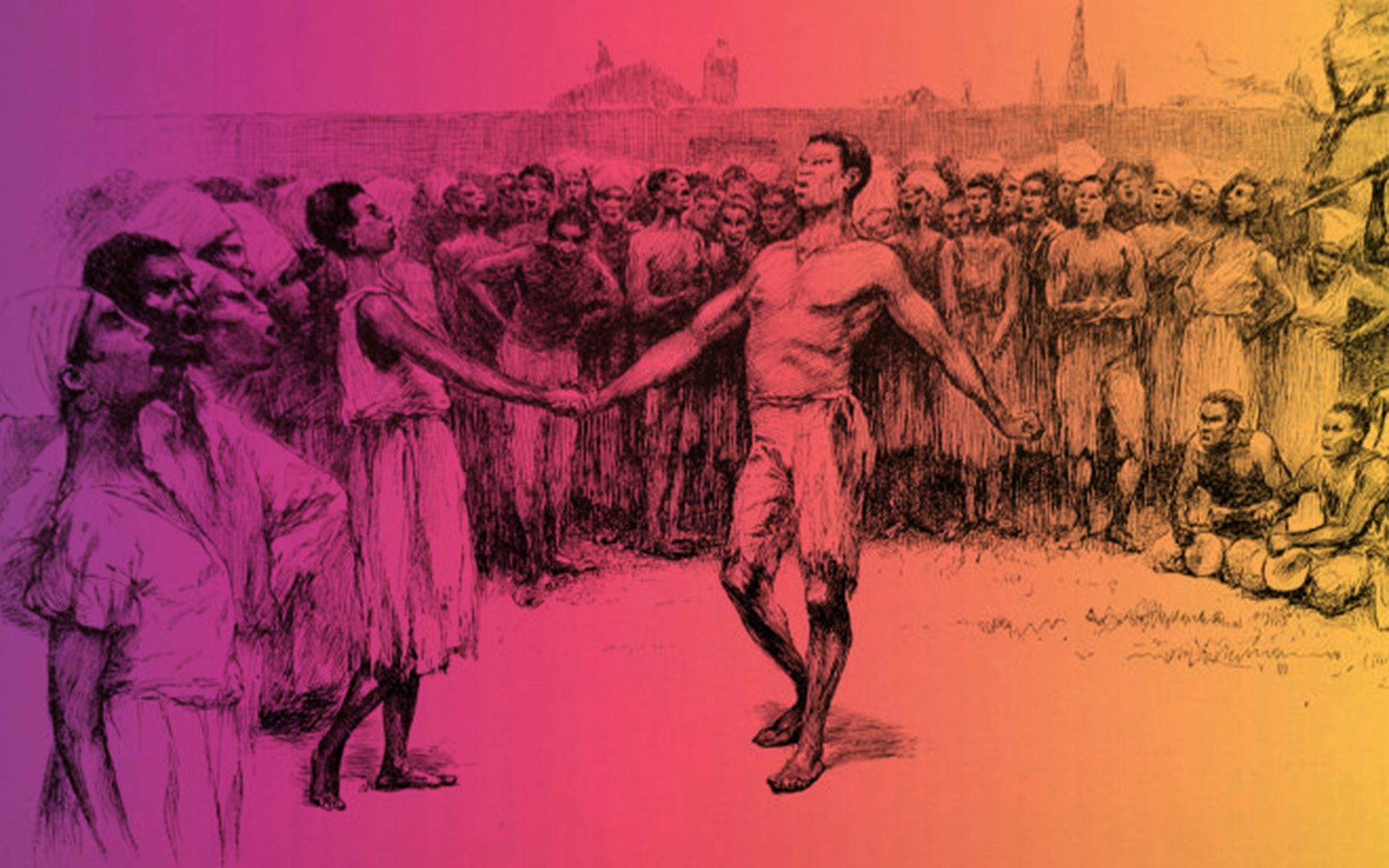 The seeds of America’s cannabis counterculture sprouted in the early 1800s in New Orleans’ Congo Square, where many of the enslaved people of the city gathered for ritualized drumming, dancing, and cannabis smoking in an outdoor market that blended African traditions with elements of the city’s American, European, Caribbean, and Creole cultures.

In 1843, the increasingly popular assemblages were put under strict police control by the city, causing the powerful musical energy to waft out in new directions. Over the next century, jazz evolved directly from these spontaneous public sessions at Congo Square into one of America’s most popular musical genres, and cannabis helped fuel that creative transformation.

Louis Armstrong, one of jazz’s early masters and ambassadors, smoked weed every day and even recorded a song in praise of cannabis (“Muggles”)—as did Cab Calloway (“Reefer Man”), Benny Goodman (“Texas Tea Party”), Bessie Smith (“Gimme a Reefer”), and Ella Fitzgerald (“When I Get Low I Get High”). 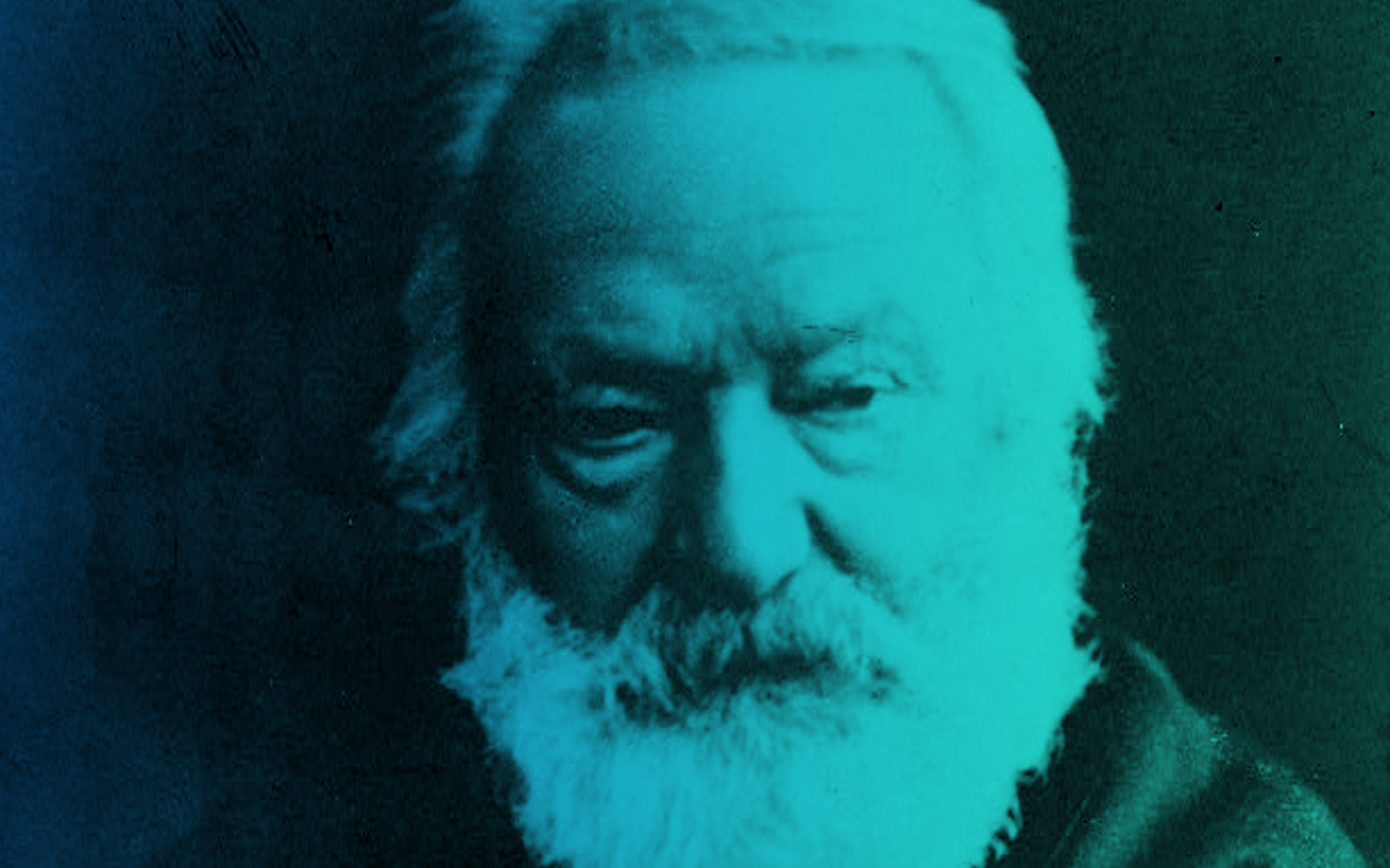 The French first began consuming hashish in 1798, when Napoleon invaded Egypt and soldiers brought the local custom back home after the campaign. By the mid-1800s, some of the age’s brightest minds were secretly meeting in Paris to drink dawamesk—a special blend of strong coffee, hashish, nutmeg, cloves, cinnamon, pistachio, orange juice, cantharidin, sugar, and butter.

The Club des Hachichins (“Club of the Hashish-Eaters”) was founded by Dr. Jacques-Joseph Moreau, a leading psychiatrist of the day whose personal experiments with hashish inspired him to pioneer the study of how drugs affect the central nervous system.

One can only imagine the effects these sessions had on their art and lives. 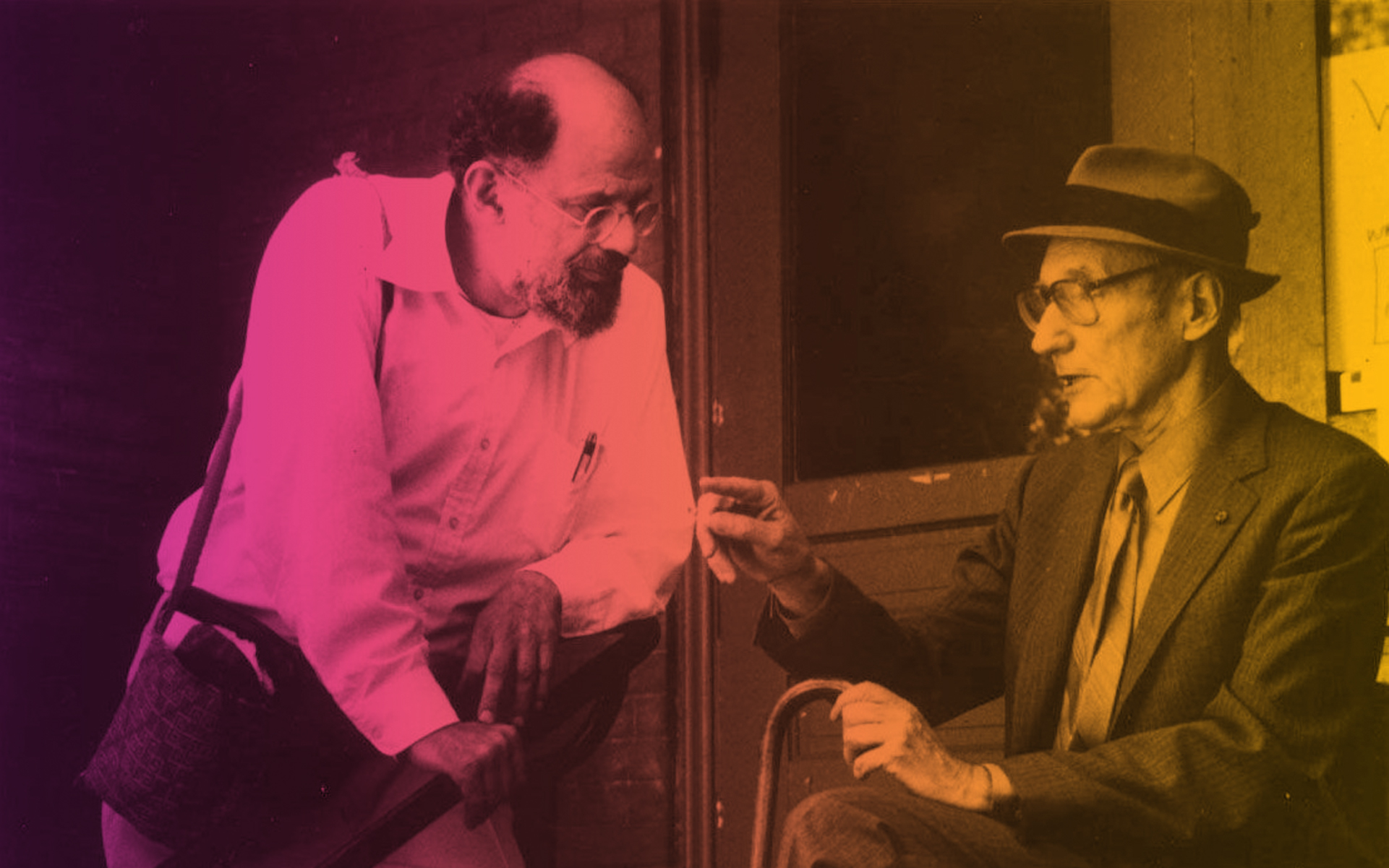 Allen Ginsberg, left, and William S. Burroughs, right, chat on the set of “The Life and Times of Allen Ginsberg” in this undated file photo. Ginsberg became one of America’s most popular and recognizable poets of the 1950s beatnik explosion, along with Jack Kerouac, Burroughs, and Neal Cassady. The group, disillusioned with conventional society, created their own subculture. (First Run Features/AP Photo)

Fortunately, some of their children, who came of age on the reefer-fueled jazz of Louis Armstrong and Cab Calloway, roundly rejected the square world’s ways in favor of a bold new kind of bohemianism that embraced everything from Eastern mysticism to free-verse poetry—and with plenty of grass rolled into the mix.

5 Cannabis Smugglers Who Changed the Game

We all know Amsterdam has long been a haven for cannabis freedom, but few remember the flamboyant, anarchistic, and defiantly pro-weed Dutch Provo movement (short for “provocateurs”). The absurdist movement had serious ideas about police reform, economic injustice, and social liberation, and used a mix of radical theorizing, confrontational street performances, subversive art, and impromptu political demonstrations to freak out the squares and incite social change.

Starting in 1964, the Provos held chaotic demonstrations in a small public square in Amsterdam, denouncing everything from tobacco to consumerism. They were also behind the Netherlands’ groundbreaking move toward cannabis liberation, and they opened and operated Amsterdam’s first coffeeshops as acts of civil disobedience. They also handed out cannabis seeds as “tulips” to unsuspecting tourists, encouraging them to plant the seeds at home.

The Summer of Love

It’s mind-blowing to think that the Grateful Dead, Jefferson Airplane, Janis Joplin, and Jimi Hendrix once lived within blocks of each other. In a 1967 article for The New York Times magazine titled “The ‘Hashbury’ Is the Capital Of the Hippies,” a relatively unknown Hunter S. Thompson described the famed Haight-Ashbury neighborhood as “the orgiastic tip of a great psychedelic iceberg.”

“Marijuana is everywhere,” Thompson wrote of his beloved Hashbury, which during the Summer of Love in 1967 became a center of psychedelic culture and activism. “People smoke it on the sidewalks, in doughnut shops, sitting in parked cars or lounging on the grass in Golden Gate Park.”

50 Years Ago: What Was the Summer of Love Like, Grandpa?

Imagine a smoke-filled recording studio in Nashville, Tennessee, in the late 1960s, where a group of young, relatively unknown musicians gathered to pass around a few joints and discuss their disillusionment with the mainstream pop ethos that was steadily taking over country music.

Although they made a living as songwriters, session players, and sideman by sticking to the formulaic “Nashville Sound” that the recording industry demanded, Willie Nelson, Kris Kristofferson, Waylon Jennings, and their weed friendly contemporaries all pined for a much grittier, rawer, and more emotionally honest style of music that hearkened back to country’s days as the music of roadhouses and honky-tonks.

The first of their breed to hit the big time with a rough-and-tumble image was Johnny Cash, whose hit songs broke all the rules and eventually paved the way for what came to be called “Outlaw Country.” Soon, the most popular singers in the south—like Willie Nelson—all smoked cigarettes that looked funny and didn’t smell like a Marlboro.

Cash famously stood up for the herb and free speech in 1970 on his show, The Johnny Cash Show, when network producers objected to the lyric of Kris Kristofferson’s hit song, “Sunday Morning, Coming Down”: “I’m wishin’ Lord that I was stoned.” The Man in Black took on the suits and performed his friend’s single as it was written. 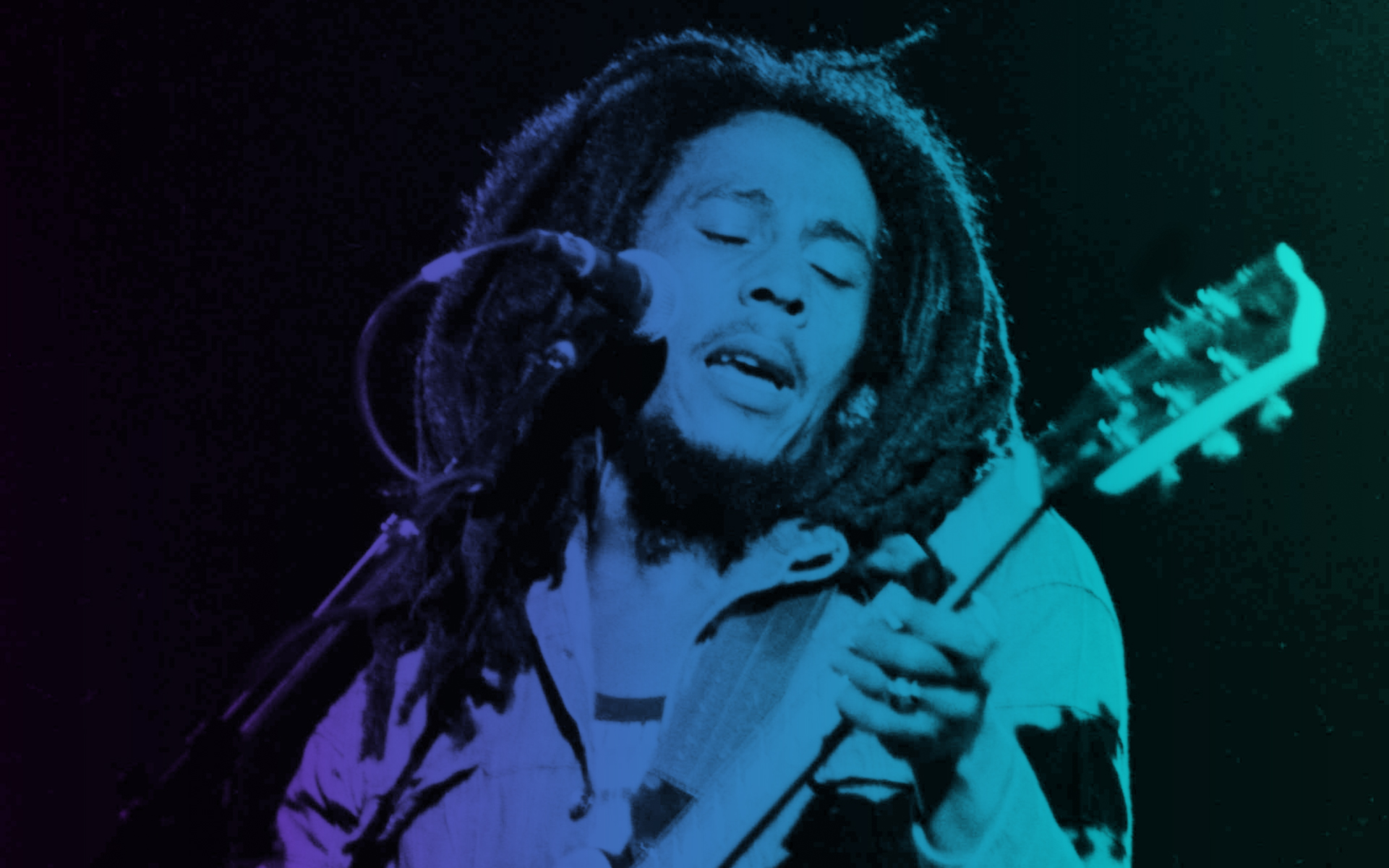 Adherents of the Rastafari religion in Jamaica cultivated and consumed cannabis as part of their spiritual practice for more than four decades before the first reggae songs started sprouting up in the late 1960s. Rastas smoke ganja as a sacrament, to cleanse the body and mind and to commune with God, while rejecting the materialism and oppression of Babylon in favor of a life devoted to spiritual authenticity.

Originally, the Rasta movement was largely confined to Jamaica’s rugged backcountry. But in the 1950s, the religion began to take root among the poor, disaffected youth in Kingston, the island’s capital city, including the rough and tumble Trenchtown neighborhood that Bob Marley called home.

In 1966, at age 21, Marley officially joined the faith, as did many other popular musicians in Jamaica, who would all collectively help transform the Caribbean island’s vibrant music scene from a local treasure into an herb-fueled international sensation. 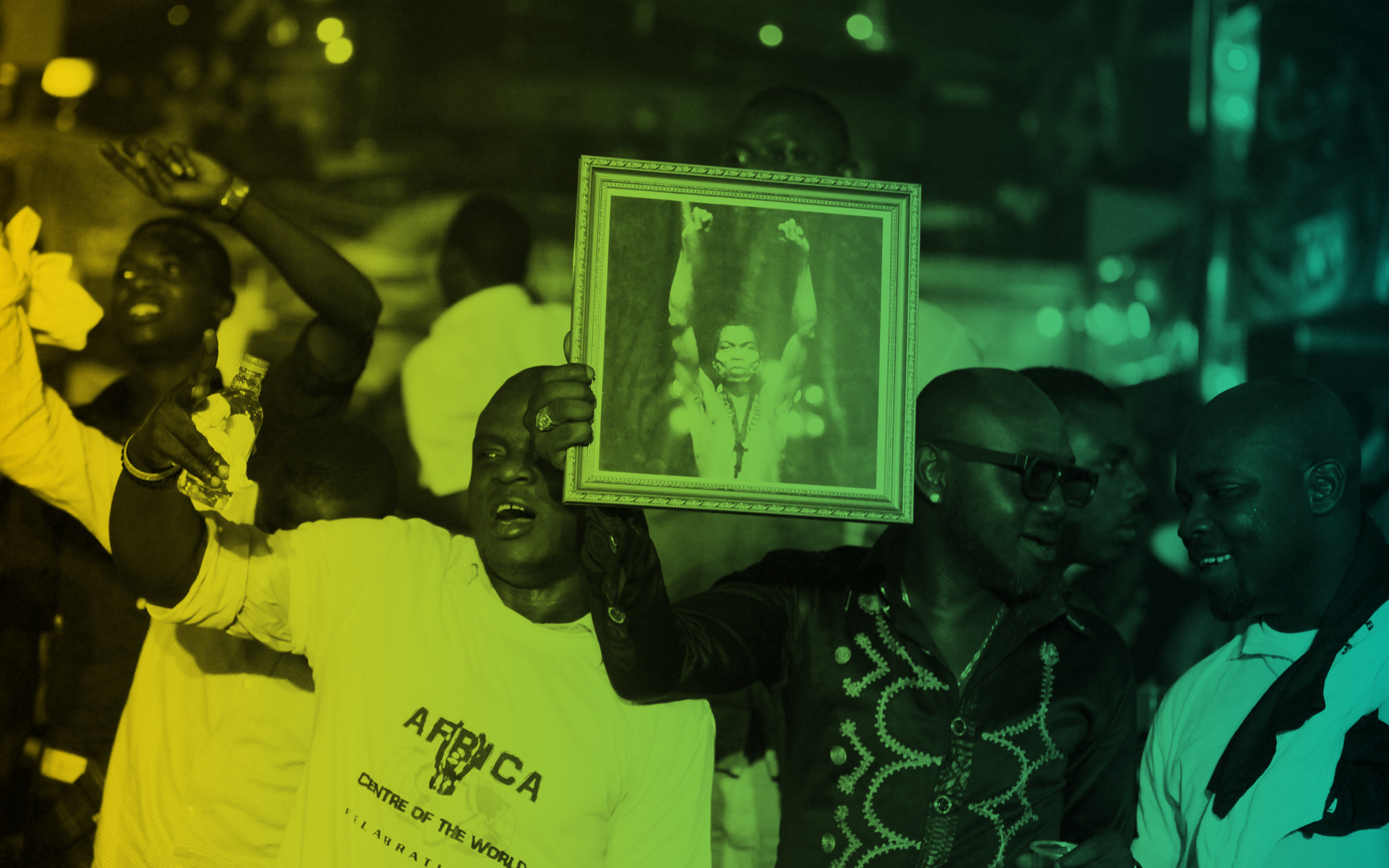 Afrobeat founding father and legendary herbsman Fela Kuti blended traditional African percussion and rhythms with jazz, funk, soul, and rock music. Kuti enraged the government of Nigeria by criticizing the country’s corrupt military and political leaders, openly smoking cannabis, rejecting monotheistic religion, and marrying 27 women in one day. He also built his own compound and declared it the fully independent Kalakuta Republic and ran it as a freak-fest commune, recording studio, and night club.

In his signature 1975 song “Expensive Shit,” Kuti recounts one of the more unusual criminal cases of cannabis prohibition in history: Authorities tried to set up him and his collaborators for a drug bust—only Kuti found out about it and ate the planted joint before the police showed up. The cops hauled him in anyway, determined to wait for their prisoner to take an “expensive shit” so they could then incriminate him. The story gets a bit murky, but legend has it that the pot-loving polygamist triumphed by obtaining the feces of a fellow inmate.

Fela Kuti remained an outspoken proponent of cannabis throughout his life, to the extent that he not only allowed the musicians in his band to consume large amounts of ganja before performing, he often required them to.

And despite his rather eccentric personality there must have been some method to his madness, because he became one of the most popular and influential musicians of the 1970s.

Today, hip-hop is a global phenomenon, but back in the day, the movement started as a spontaneous artistic uprising in the Bronx, where young DJs, MCs, breakdancers, and graffiti artists made their voices heard among the din of the city’s most beat-down borough.

In the late 1970s, Coke La Rock and Busy Bee were some of the first MCs to perform regularly, using a microphone to amplify their improvised vocals over the beats of a DJ’s records. Both were also weed dealers, which helped them make ends meet while perfecting their craft and finding an audience.

All that herb smoke gave early hip-hop happenings an elevated vibe that pushed the musical grooves of DJs and the inventive wordplay of MCs to ever higher realms of creativity.

8 Cannabis Festivals That Changed the Game

In 1988, famously tight-lipped tech mogul Steve Jobs was given a standard background check from the US Government to determine if he could qualify for a Top Secret security clearance. “The best way I would describe the effect of the marijuana and the hashish is that it would make me relaxed and creative,” said Jobs to an interrogator at the Department of Defense.

In the end, despite his pot-smoking past, Jobs got his security clearance. He was far from the only leading light of the early Silicon Valley scene who liked to consume cannabis.

And just in case you think boldly creative tech types have stopped smoking weed, here’s what James Comey, former head of the FBI, told The Wall Street Journal in 2014 about why a hiring ban against anyone who has used cannabis in the last three years was preventing him from effectively staffing the bureau’s anti-cyber crime division:

“One of my challenges is—I’ve got to hire a great workforce to keep pace with the criminals, and I am competing with a lot of better paying private-sector entities for these kids. And some of those kids want to smoke weed on the way to their interview with the FBI.”