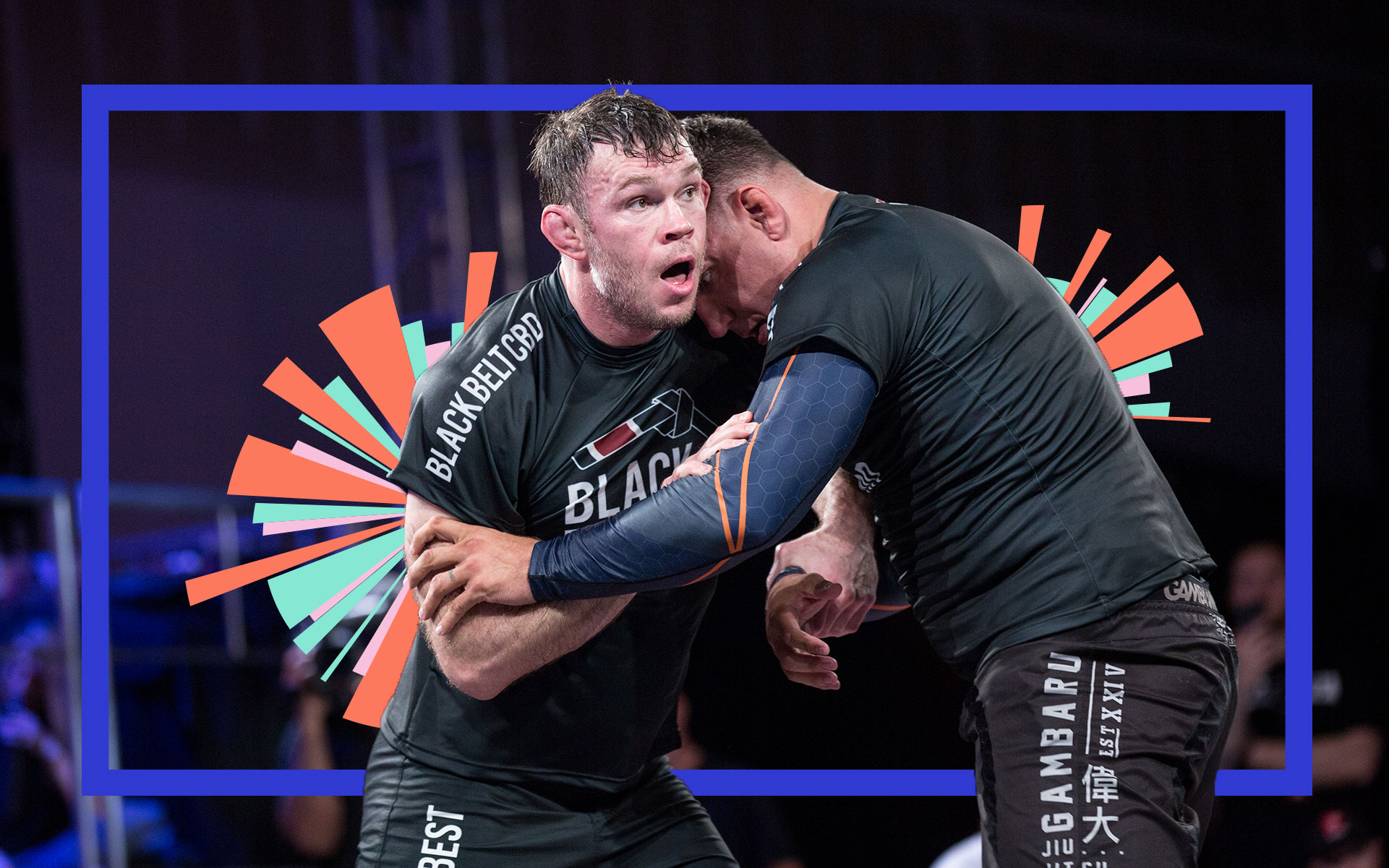 (Courtesy of Black Belt CBD)
Frank Mir and Forrest Griffin, former UFC champions in different weight classes, never faced each other in the Octagon. But on a mild October evening inside a North Las Vegas warehouse, they’re circling each other, breathing hard, pacing every step, grappling to gain the upper hand in an attraction billed as a jiu-jitsu “superfight.”
Related

“It’s not a normal mindset in our society to want to combat another human being,” says Mir, still sweaty after his decision victory. “In the big picture, I’m not fighting another person. I’m fighting myself. It scares the shit out of me when I step on that mat and I’m going to see what I’m made of.”

Their friendly yet competitive encounter was a special attraction at the inaugural Black Belt CBD Invitational, a Brazilian jiu-jitsu tournament for both male and female competitors. The event was streamed on Facebook—earning more than 125,000 views—and included a full television studio-style setup with bright lights, video screens, and a commentary booth. The company behind it wasn’t a big-time fight promoter or media conglomerate.

Need a strain for the game? Find cannabis nearby.

It was Altitude Products, a Vegas-based business—founded by CEO Krista Whitley—that’s marketing the Black Belt CBD line of supplements directly to the fight community. The brand includes more than 30 different SKUs, ranging from beef isolate protein and vegan pea protein powders to recovery rubs, tinctures, and gel caps—all made with THC-free cannabidiol. 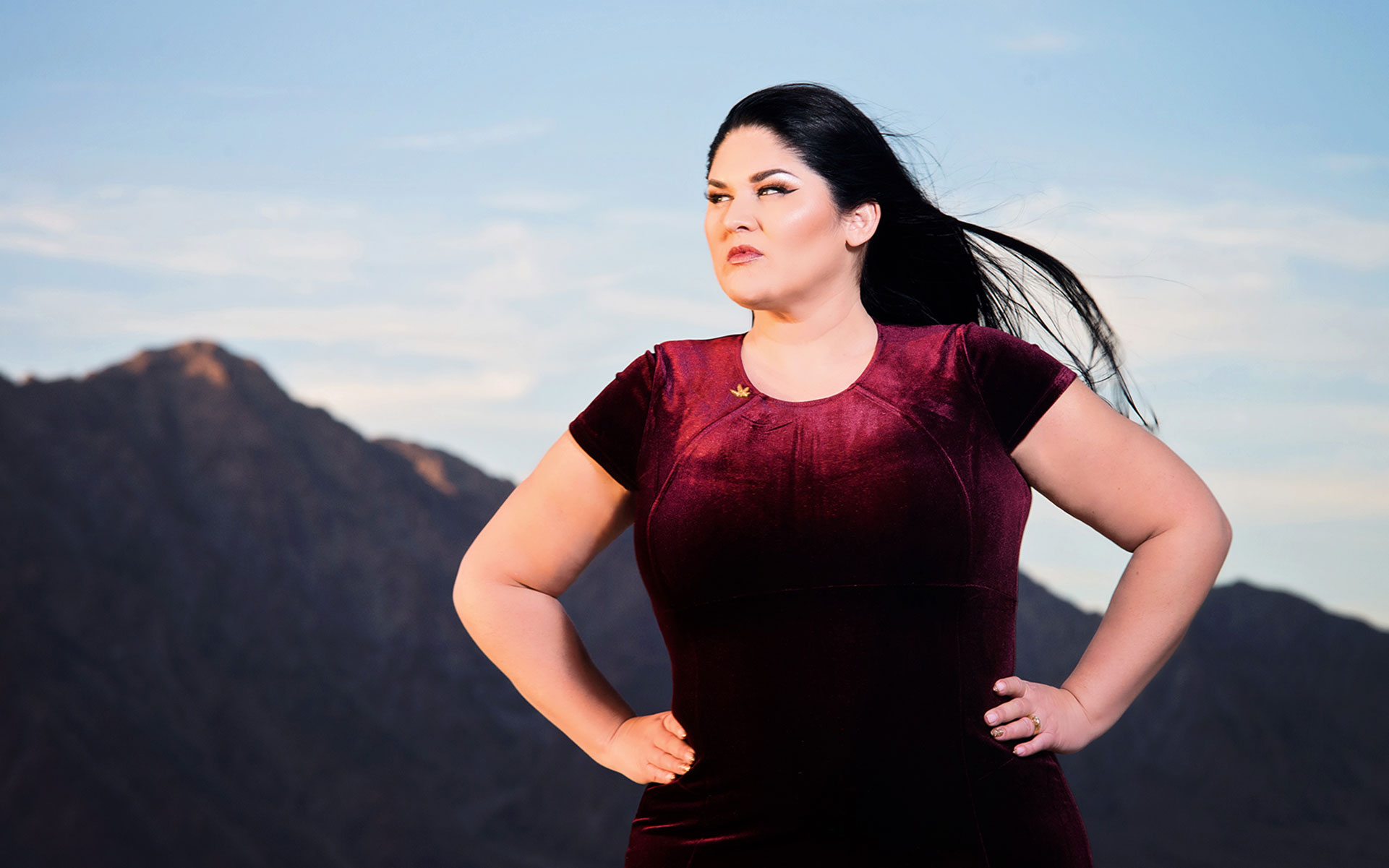 Pain is something familiar to high-level athletes, especially those who fight for a living. Mir has been in the game as a professional mixed martial artist since 2001. For years, he went to a pain management doctor and was prescribed regulated amounts of painkillers while getting bloodwork done to make sure his liver enzymes weren’t elevated. Mir hasn’t had to worry about that routine since switching over to CBD.

“I was skeptical at first,” says the 39-year-old former UFC heavyweight champion. “And then about two weeks into it, I felt like I was getting out of bed a bit easier. There’s no miracle cure, but if you seriously take (CBD) every day, you will notice a lot less inflammation and sleep better.”

Griffin is also a believer. He added CBD to his regimen in place of over-the-counter medications, including NSAIDs, which can have damaging long-term effects. “I took Biaxin and Celebrex for years on and off,” he says. “I don’t want to think about what I did to my liver and kidneys.”

It’s important for Griffin to be knowledgeable about this kind of stuff. The 39-year-old former light heavyweight champion is retired, but still on the UFC payroll as the Vice President of Athlete Development at the company’s Performance Institute training center. In this new role, he offers advice and guidance to up-and-coming fighters.

“They've had a lifetime of getting beat on a mat or in a cage. So the opportunity to improve their quality of life… was something we thought was a huge win overall for the sport.”
Krista Whitley, CEO of Altitude Products

“I’m really big on organic and knowing where my food comes from,” he says. “It’s the same with my CBD. I want to know what’s been sprayed on (the plant) and what’s been done to it.”

Clearly, with Black Belt CBD, Altitude Products is zeroing in on a niche, catering to high-level athletes who care about what goes into their bodies. “Our mission is to save lives and replace pills or dangerous pharmaceuticals with plant medicine,” says Whitley. “Specifically for these fighters, a lot of them are constantly on opiods. They have concussion syndrome. They’ve had a lifetime of getting beat on a mat or in a cage. So the opportunity to improve their quality of life… was something we thought was a huge win overall for the sport.”

The company began just three years ago on Whitley’s couch — and unlike most new businesses, sales came quickly. “We did $100,000 in the first three months,” the mother of two remembers. “This year, we’re on track to do over $5 million. It’s been explosive growth. We’re really proud of it.”

The benefits of CBD go beyond treating pain. They can assist in recovery from strenuous workouts, reduce inflammation, and alleviate anxiety, which is frequently felt by someone participating in a combat sport. Mir says for him, the nerves come in waves, but are felt heaviest the day before a fight at the weigh-ins.

His mind races. He fantasizes about the fight getting cancelled. Maybe his opponent will blow out a knee. Maybe his athletic license will fall through. But within five minutes, Mir regains his calm. By the time he steps on the mat, everything is different. “If they put God himself inside that cage, he better watch his arms,” Mir says, referencing his history of armbar submissions. “I feel invincible. Is this what I want to do? Yes.”

USADA does allow flexibility for ingesting THC when not in competition—with an understanding that small traces may show up the day of a fight.

Cannabis has long had a complicated relationship with mixed martial arts. In an effort to crack down on performance enhancing drugs, the UFC partnered with the U.S. Anti-Doping Agency (USADA) in 2015 to toughen the testing of competitors. The non-profit third-party organization follows the standards of the World Anti-Doping Agency (WADA), which prohibits marijuana and cannabinoids in competition.

“I understand not wanting us to have THC in high levels when we walk inside the combat arena,” says Mir. “If you’re a little slow and relaxed while you’ve got a shin flying toward your face, it’s probably not good for your health.”

Typically, punishments for failed tests are determined by state athletic commissions. In the most high-profile example, UFC star Nick Diaz was suspended for five years by the Nevada State Athletic Commission following his third positive test for cannabis in 2015. The ruling was challenged and later reduced to 18 months, although Diaz has yet to return to the Octagon. The policy may seem harsh on the surface, but USADA does allow flexibility for ingesting THC when not in competition—with an understanding that small traces may show up the day of a fight.

“How it was explained to me, I can have so many (nanograms) in my system for in-competition,” says Mir, a regular user of THC. “Basically, as long as you’re not high when you walk out there before the test, you’ll pass it. For you to fail for in-competition THC means you were smoking the day of the weigh-ins.”

Mir was randomly drug tested twice during the week leading up to his most recent pro MMA fight—an April loss to Fedor Emelianenko for UFC rival Bellator. “On Wednesday, my THC levels were extremely elevated. By the time Friday and Saturday hit, I was almost down to zero because on Wednesday, I shut it down.”

Cannabis and a Fighter’s Preference for Recovery

Mir prefers edibles and vaping to smoking, and his routine is pretty straightforward. After getting home from a training session, he’ll have an edible, eat dinner and soak in the Jacuzzi before heading off to bed. The THC helps for an easy night of rest.

“If I sleep without it, I’m up every two or three hours,” says Mir. “My wife wakes up and I’m sitting on the edge of the bed, almost in tears. I can’t sleep because my body is in so much pain. As long as I take an edible or smoke before bed, I don’t have this issue.”

An 8—12 week camp for a professional MMA battle is a grueling experience—both physically and mentally. By incorporating cannabis into a workout plan, fighters are becoming smarter about their health while minimizing injuries and burnout.

With Black Belt CBD, Krista Whitley is playing a small but important role in an evolving generation of combat sports. “A huge component of what we do is educating people on how to just take better care of themselves,” she says. It’s a mission that goes far beyond profits and revenue — and could serve as a positive influence for years to come.

Find Soothing Cannabis Near You 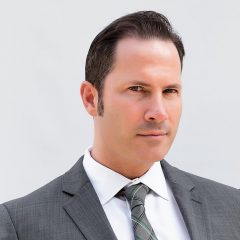 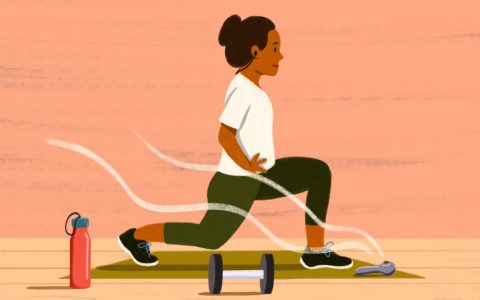 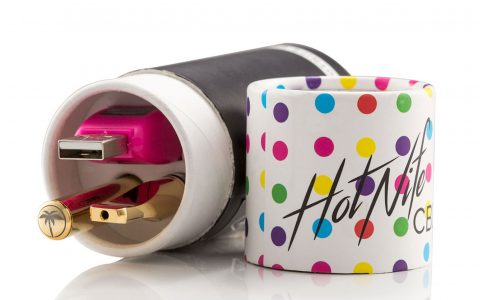 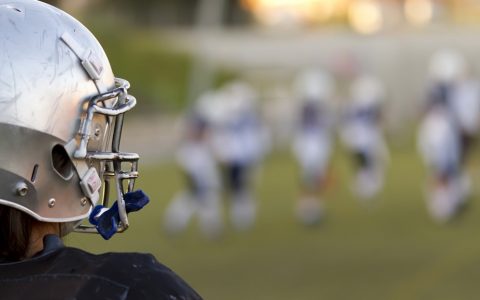 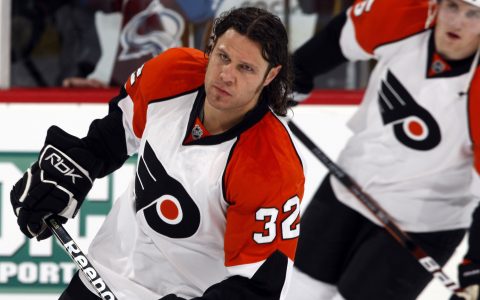