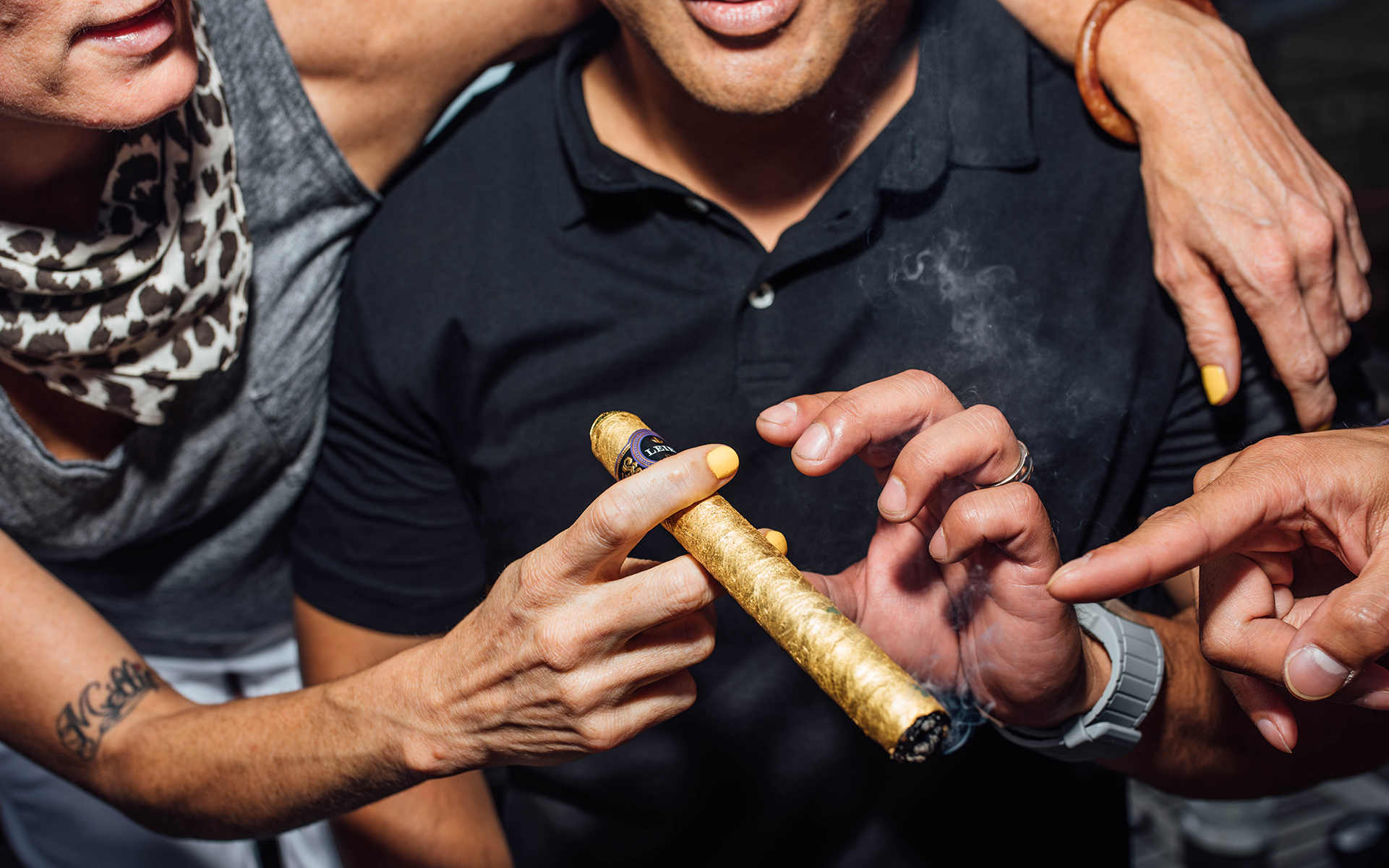 The ``El Dorado`` is passed around a penthouse balcony in downtown Seattle on Monday, June 18, 2018 in Seattle. (Grant Hindsley for Leafly)
On a recent Monday, a “breaking” story came across my desk: HISTORY WILL BE MADE AS FIRST EVER $10,000 CANNAGAR IS SOLD, 2PM TODAY.

At Diego Pellicer, Seattle’s high-profile, high-end dispensary (where you can order online and then go pick it up NBD BRB), someone was set to buy the El Dorado ‘cannagar’—a cigar-shaped roll sporting a full ounce of organic flower and wrapped in 24 karat gold leaf. El Dorado (translation: The Golden) showed up in Diego Pellicer’s glass case about three weeks prior, and found its way into many a cannabis industry gossip sesh. A couple dozen industry people showed up for the event, me included. 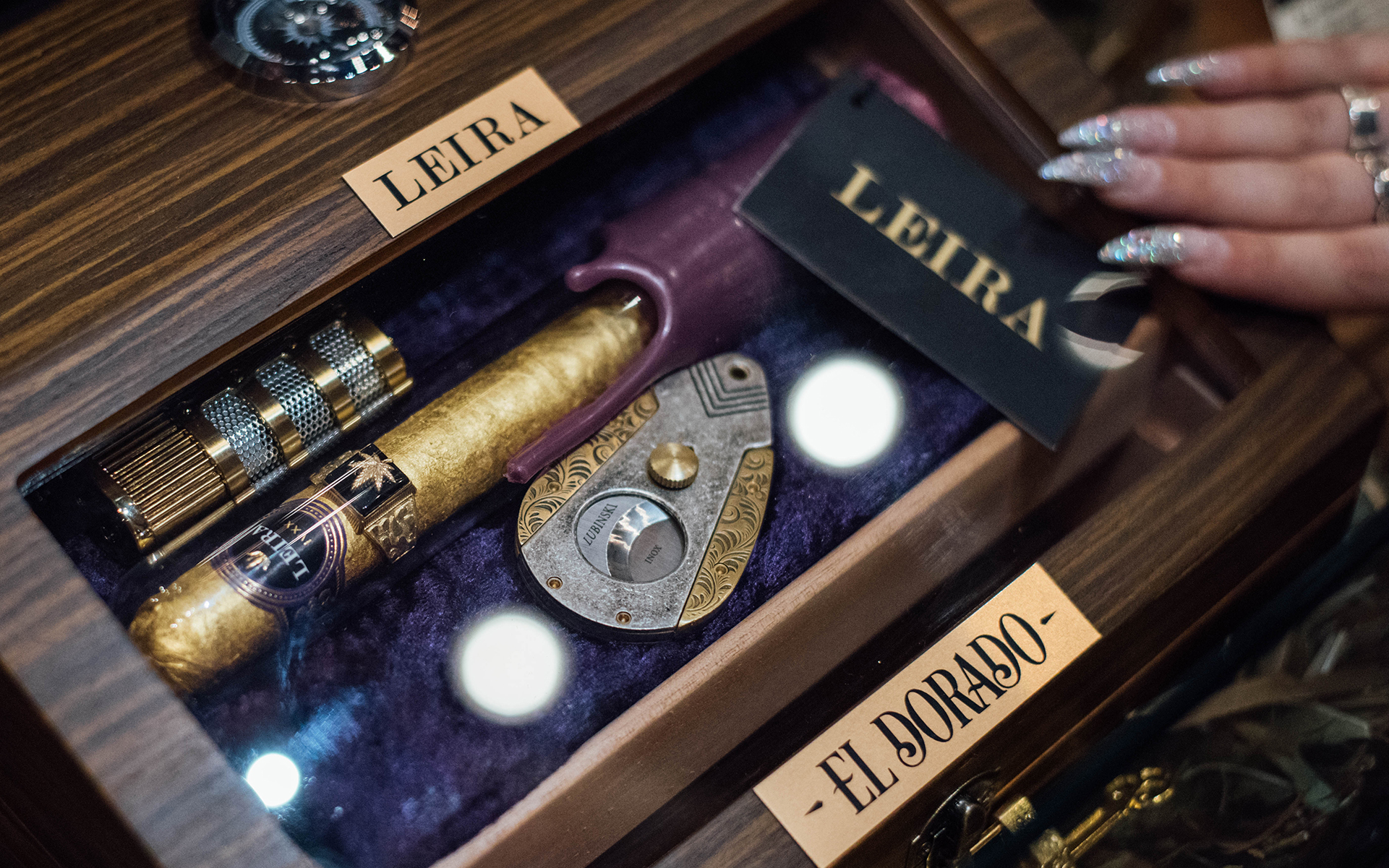 The Leira “El Dorado,” a cannabis cigar wrapped in 24k gold, is photographed by budtenders at Diego Pellicer before being sold on Monday, June 18, 2018 in Seattle. (Grant Hindsley for Leafly)

To my surprise, El Dorado was genuinely exquisite to behold. Fifteen inches of dizzyingly bright gold leaf, expertly rolled, and generously stuffed with arguably the finest WA-grown grass (Tangie, for you strain nerds!), concentrate, oil, and rosin on the market, it’s beauty safely sealed in a wax-capped glass tube, inside a custom humidor, with special-looking accessories (fancy cutter, fancy lighter). But still, $10,000? 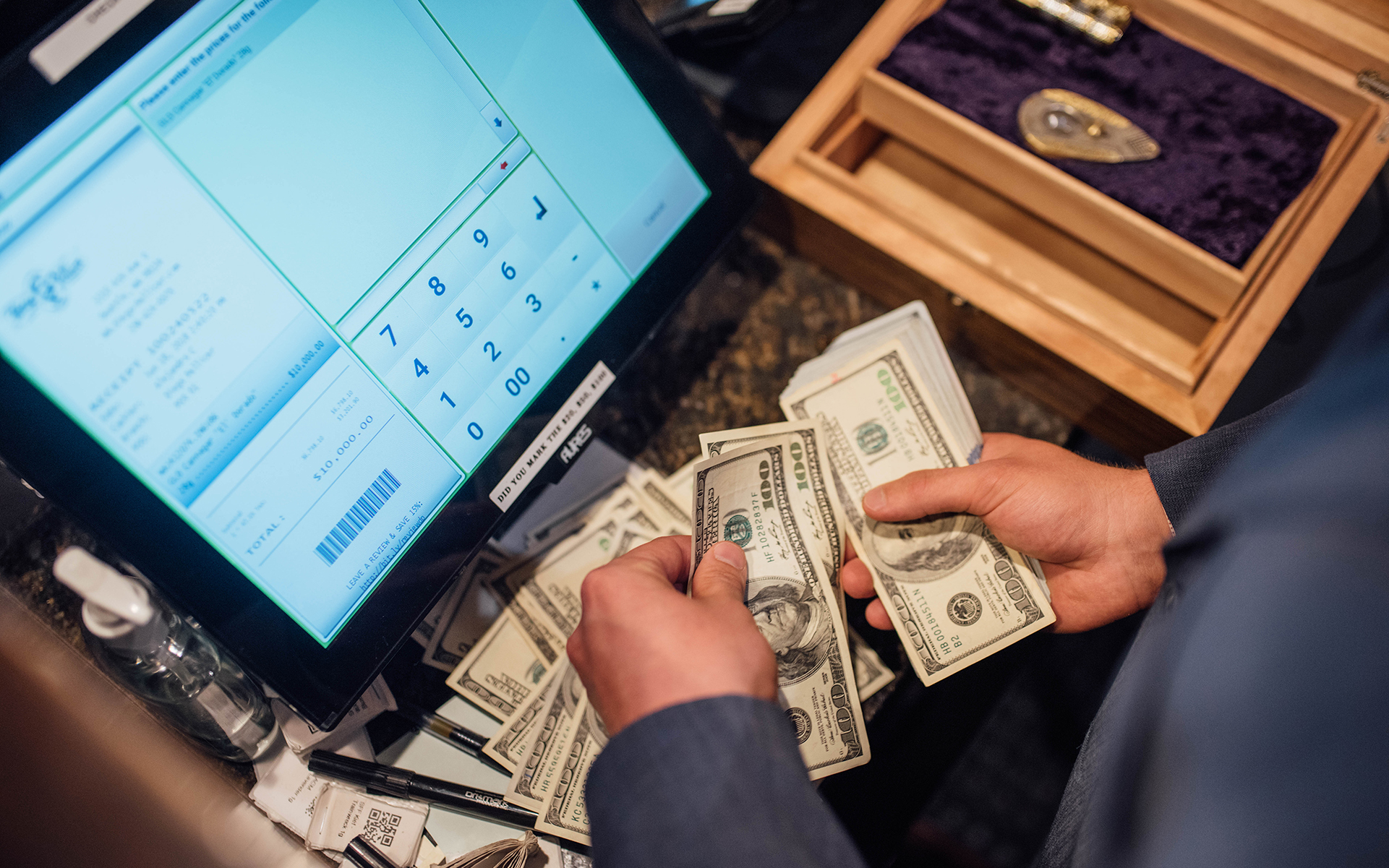 $10,000 cash is counted for the sale of a gold-wrapped cannagar at Diego Pellicer. (Grant Hindsley for Leafly)

Who would buy such a thing, instead of, say, a car? Or a Viking gas range? Or a first-class ticket to and from a month in Iceland? 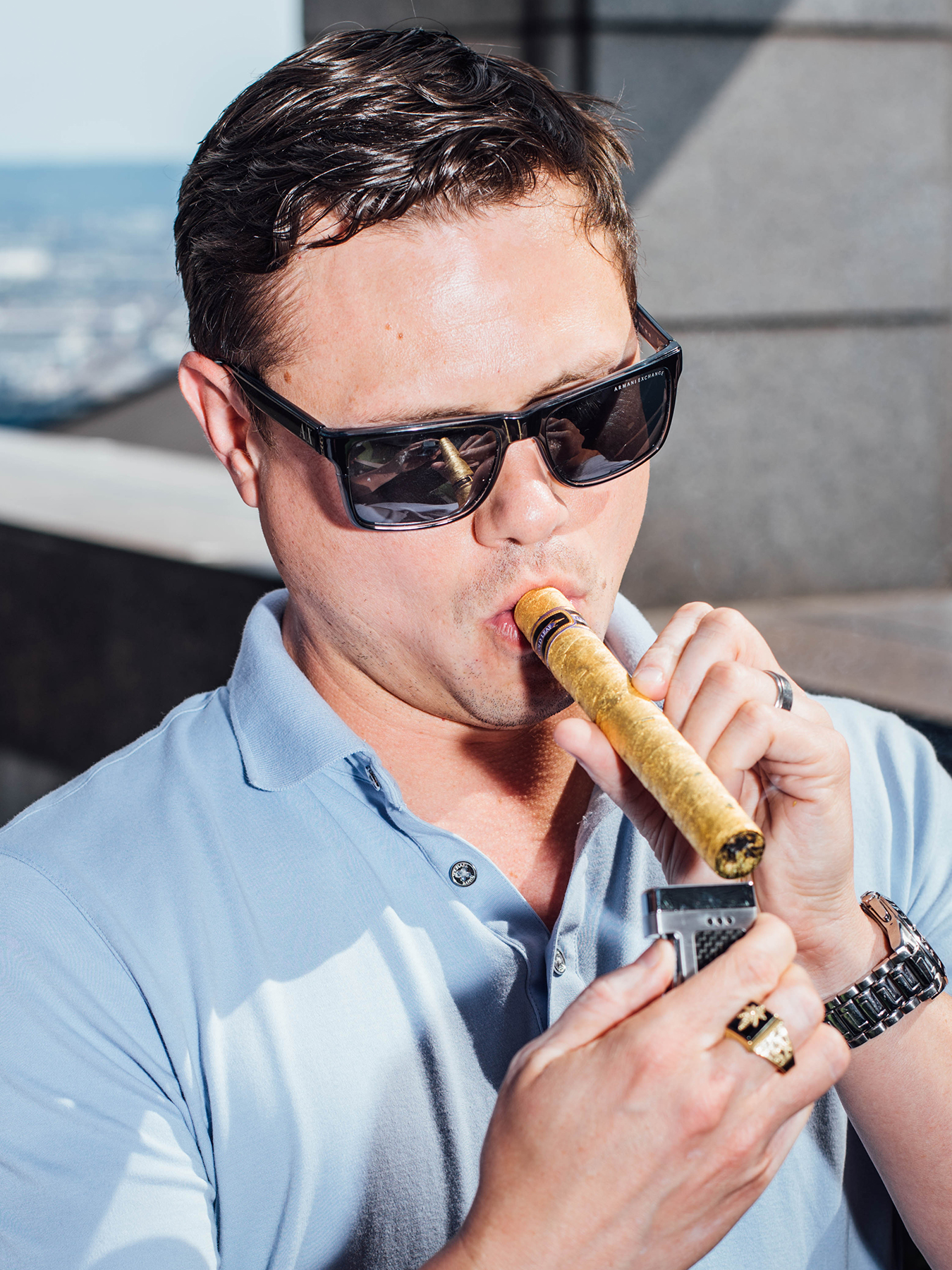 He is Justin Costello, and he’s a hedge fund manager. He works for GRN Fund, and they do cannabis hedging and funding. (Get it? GRN? Anyhow.) I guess if this purchase requires a spectacle, at least it’s someone who is actually invested in the success of the industry.

The story goes Costello was having dinner and drinks with Diego Pellicer’s savvy and charismatic owner, Alejandro Canto, and Costello asked Canto what he could do to support his business. “You can buy El Dorado,” the young entrepreneur replied. Way to think on your feet, kid!

El Dorado was genuinely exquisite to behold. Expertly rolled in dizzyingly bright gold leaf, and generously stuffed with arguably the finest WA-grown grass, concentrate, oil, and rosin on the market.

But, I wasn’t as interested in who bought or sold it as I was in who rolled it. And for that, we gaze lovingly in the direction of Leira Cannagar. Partnering exclusively with the much-hyped, much-loved organic farm Gold Leaf Gardens, Leira is beloved for handcrafted cannabis cigars “made from organic flowers, glazed in solvent-free rosin, and sealed in cannabis leaves, providing hours of enjoyment,” Leira’s website says. Worth noting El Dorado was sealed in cannabis leaves that were then wrapped in cannabis oil-soaked layers of food-grade gold leaf. Ironically Gold Leaf Gardens (no relation to actual gold leaf) is the sole supplier of Leira’s product and we’re all the better for it. 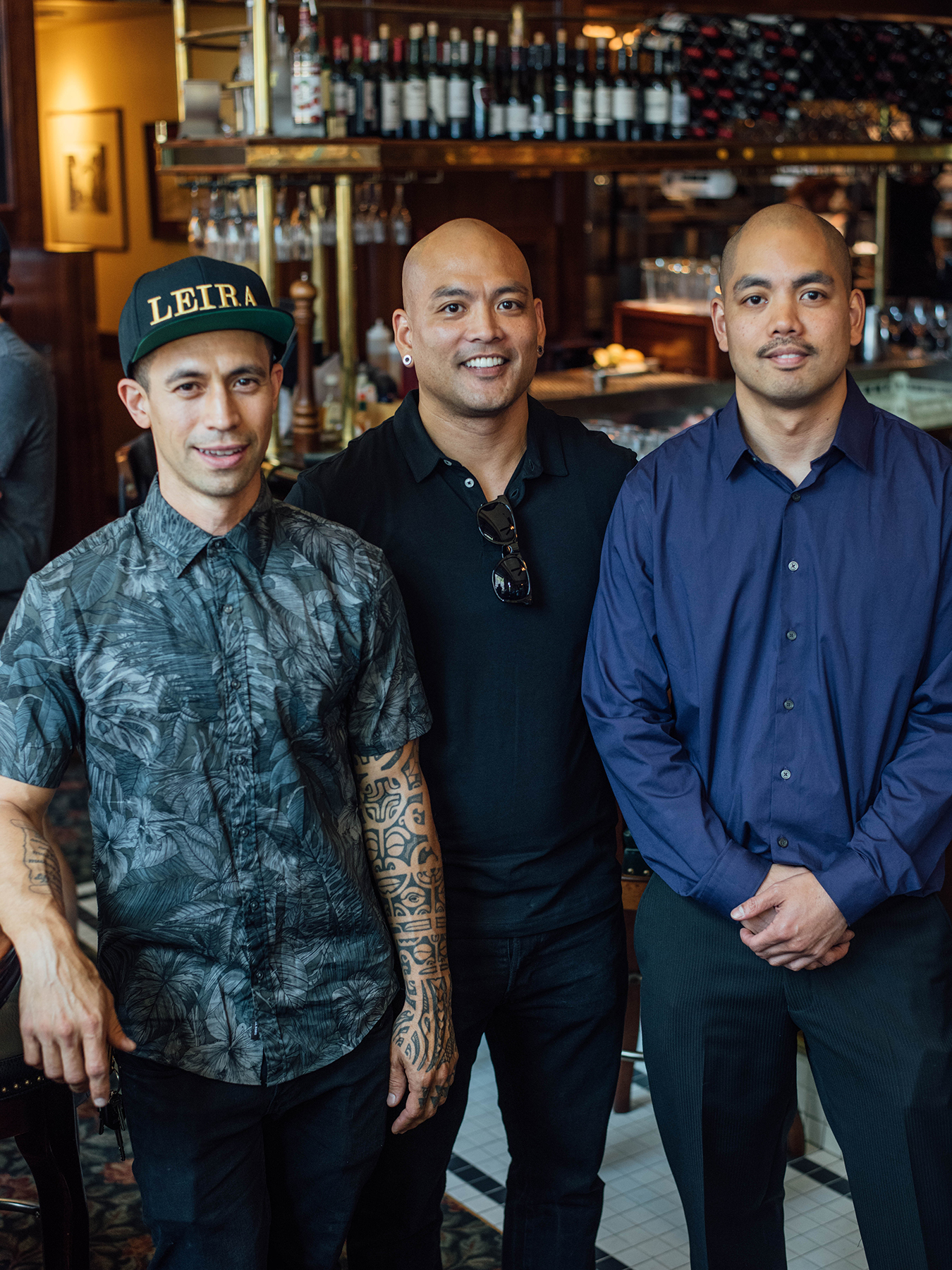 Leira Cannagars are revered by fans across the country for their velvety smooth pull and super slow burn. How many hours will this particular specimen burn? I asked Leira founder and principal roller, Ariel Payopay. “We sold a $3600 one at Diego, it was smaller and the guy told me it smoked for 17 hours.”

Costello must have a big book of enthusiasts to invite over. El Dorado is going to smoke forEVER. 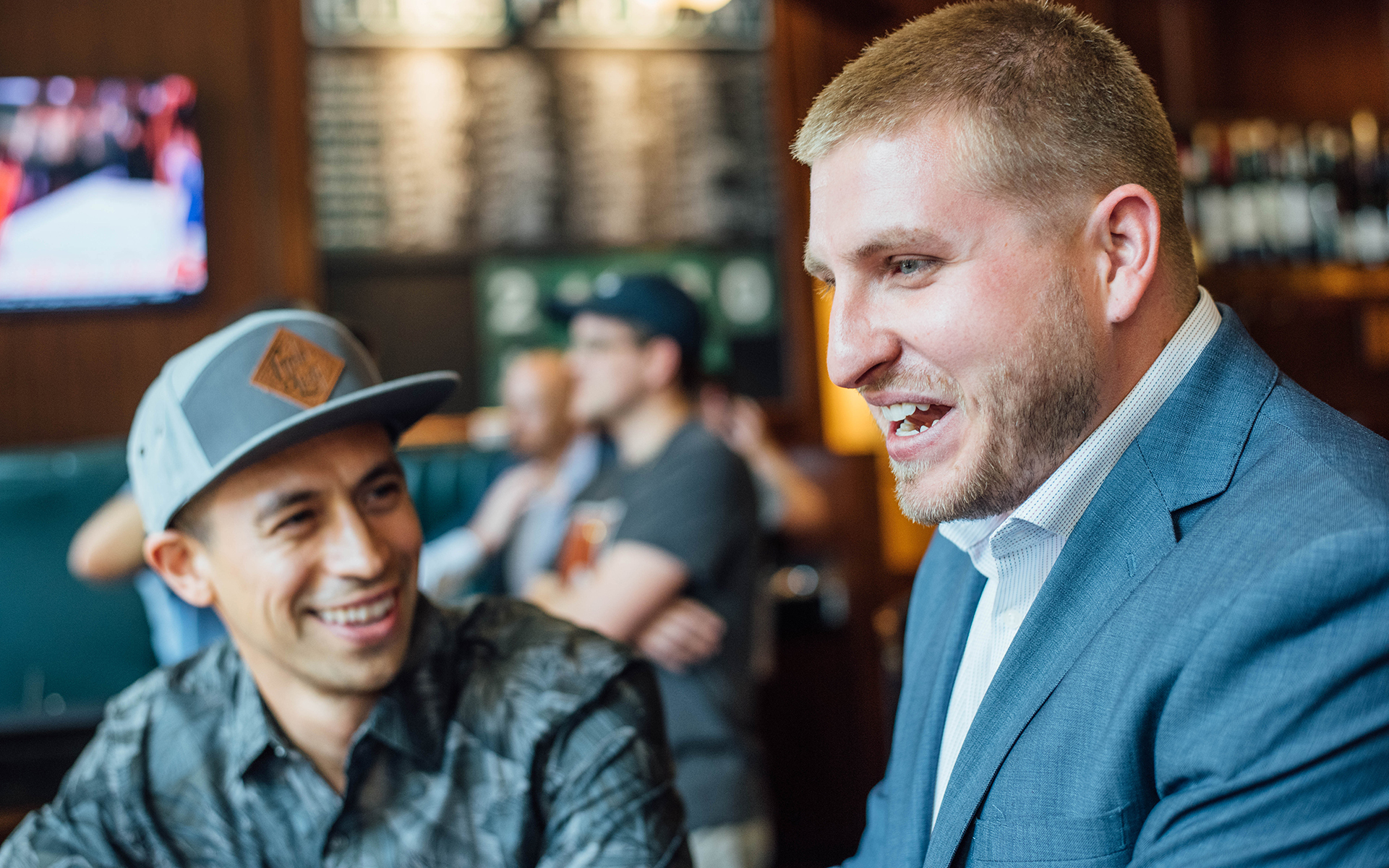 Post-purchase, Costello and Canto invited all of us gawkers up to a nearby penthouse for photo ops (groan, or so I thought). But then, a twist! 4:20 rolled around and Costello ceremoniously lit El Dorado with Canto by his side, and after plenty of Snapchats for the fans he selflessly sent that beauty into the small crowd. Classy move!

Don’t worry, I first googled if it’s safe to smoke gold leaf and turns out it settles in your lungs and stays there forever. Longer than tobacco tar. I’m golden! Cut me open when I die and let me SHINE. 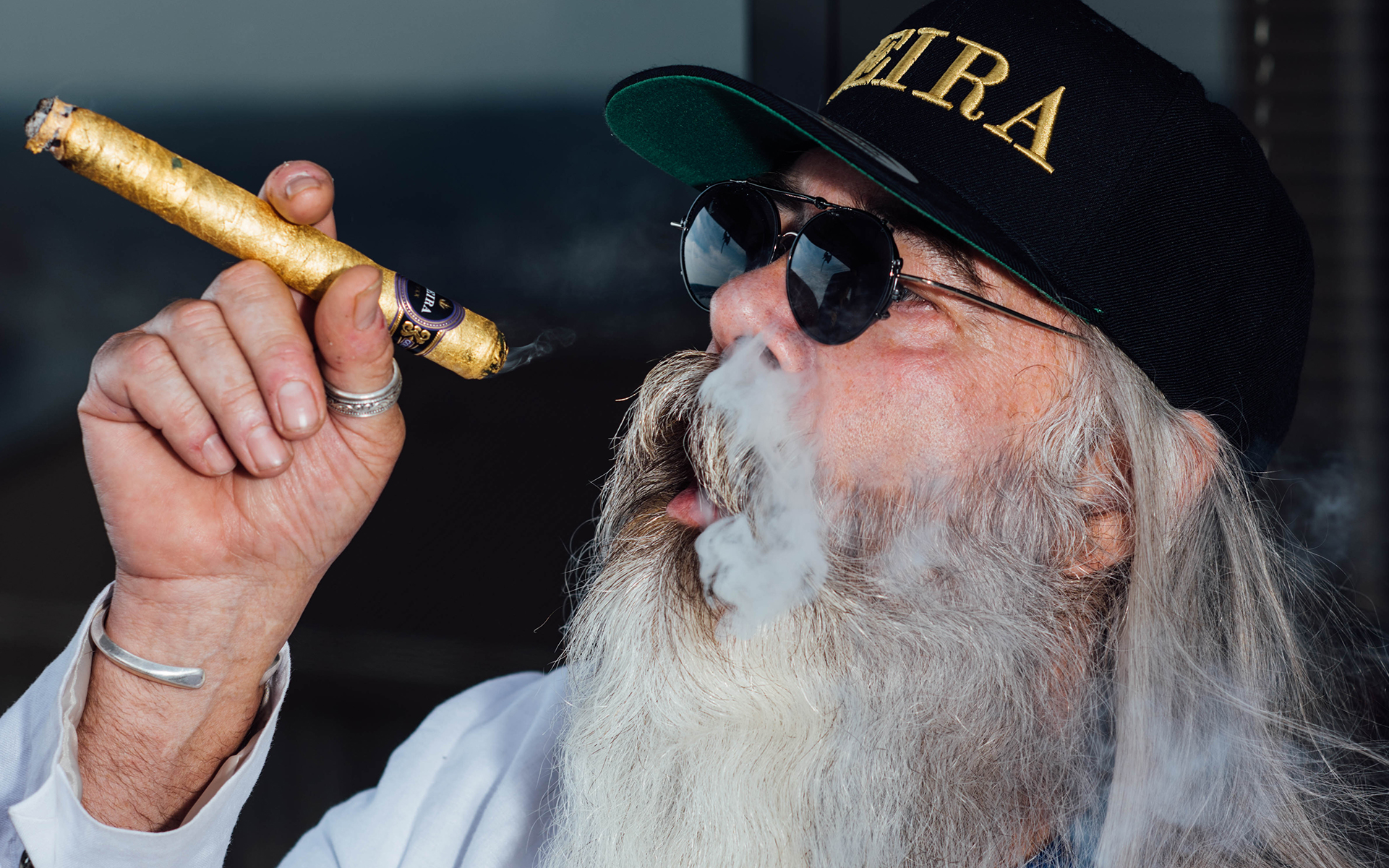 Seattle cannabis scene icon Jake the Professor takes a puff of a $10,000 cannagar on Monday, June 18, 2018 in Seattle. (Grant Hindsley for Lealfy)

I can’t speak for anyone else’s enjoyment, but I hit the golden rod exactly one time (so velvety! So citrusy! I love you Tangie.) and felt the most feels-y high I’ve ever felt, ever. Body high, face high, mind high sparkling in utter harmony. Tingly fingertips and giggles on the bus ride home. I’m very eager to feel that sensation again (am I chasing the cannabis dragon?), and thankfully Leira rolls a less opulent cannagar that sells for $100. #1 new party favor!

I didn’t clock much time talking to the newly minted El Dorado-king (he was the man of the hour, natch), but I did ask what kind of munchies could possibly follow a $10k smoke out. “Do you have gold dipped Doritos?” I joked. “I think I can still afford sushi,” he replied. 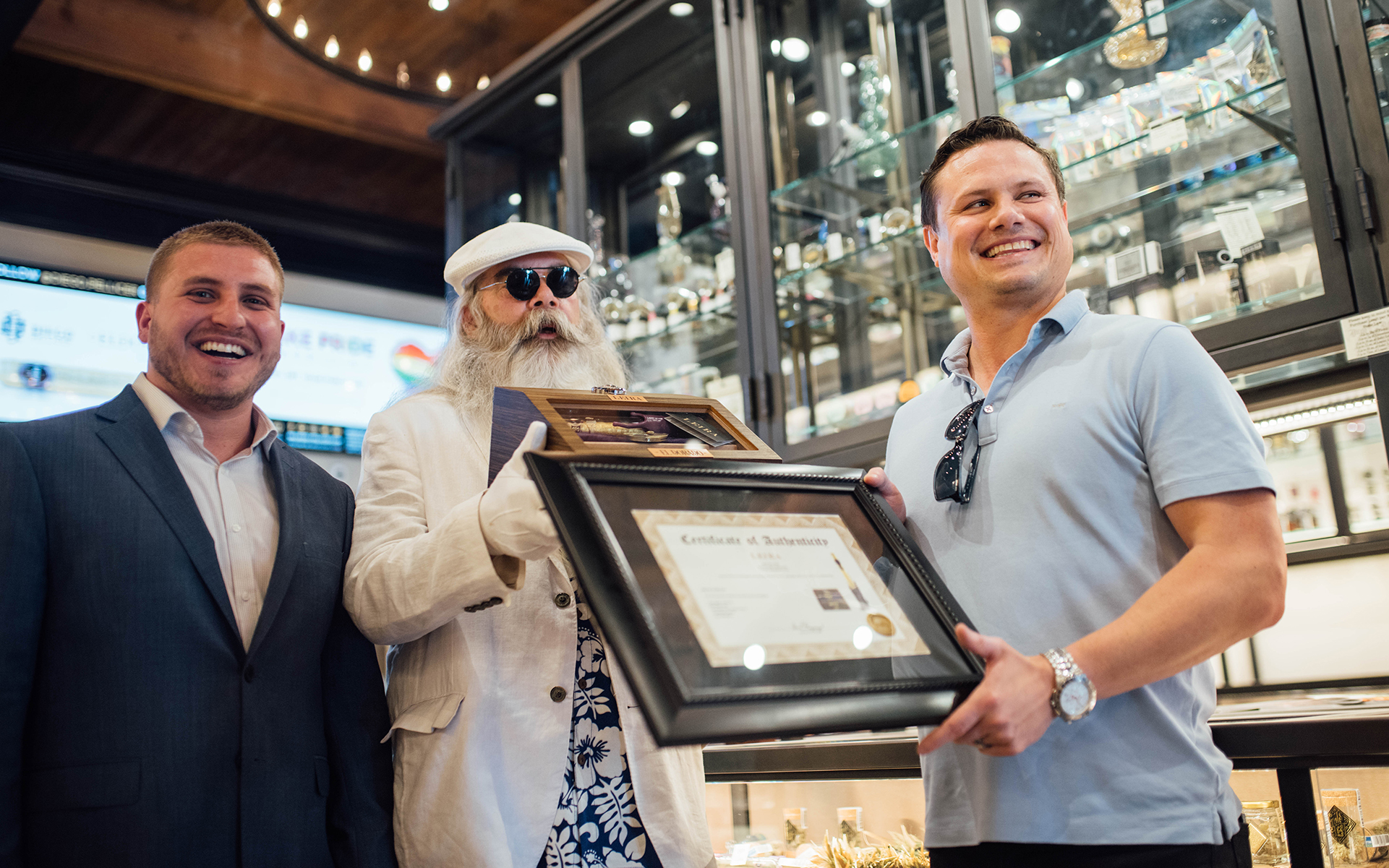 Justin Costello stands with an official certificate after purchasing a $10,000 weed cigar wrapped in 24k gold leaf at Diego Pellicer on Monday, June 18, 2018 in Seattle. (Grant Hindsley for Leafly)

Did you see that note about ordering online? Yasss! It’s called Leafly Pickup and it’s the best. Currently offered at a small number of dispensaries in WA and AZ, you’ll see “add to your pickup bag” on a participating dispensary’s menu page. Your items await you at the register when you get there. Just pay and be on your way! SO GOOD. 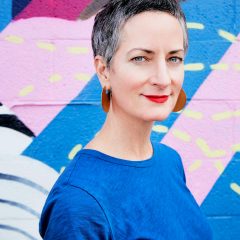 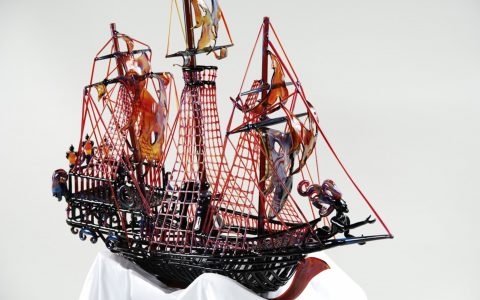 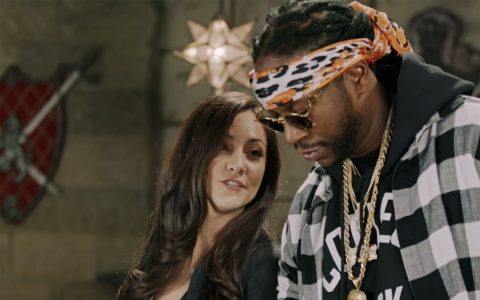 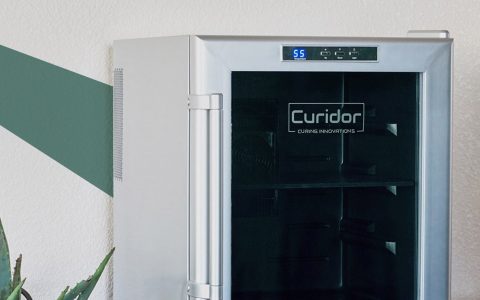 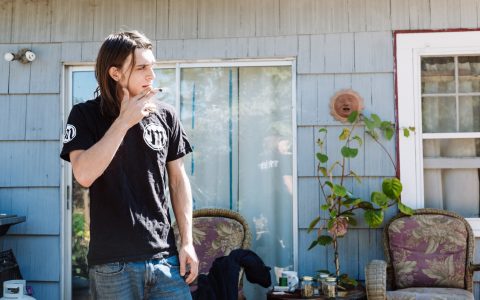 A Day in the Life of the World's Greatest Joint Roller