That Time Joe Cocker Got Kicked Out of Australia for Cannabis 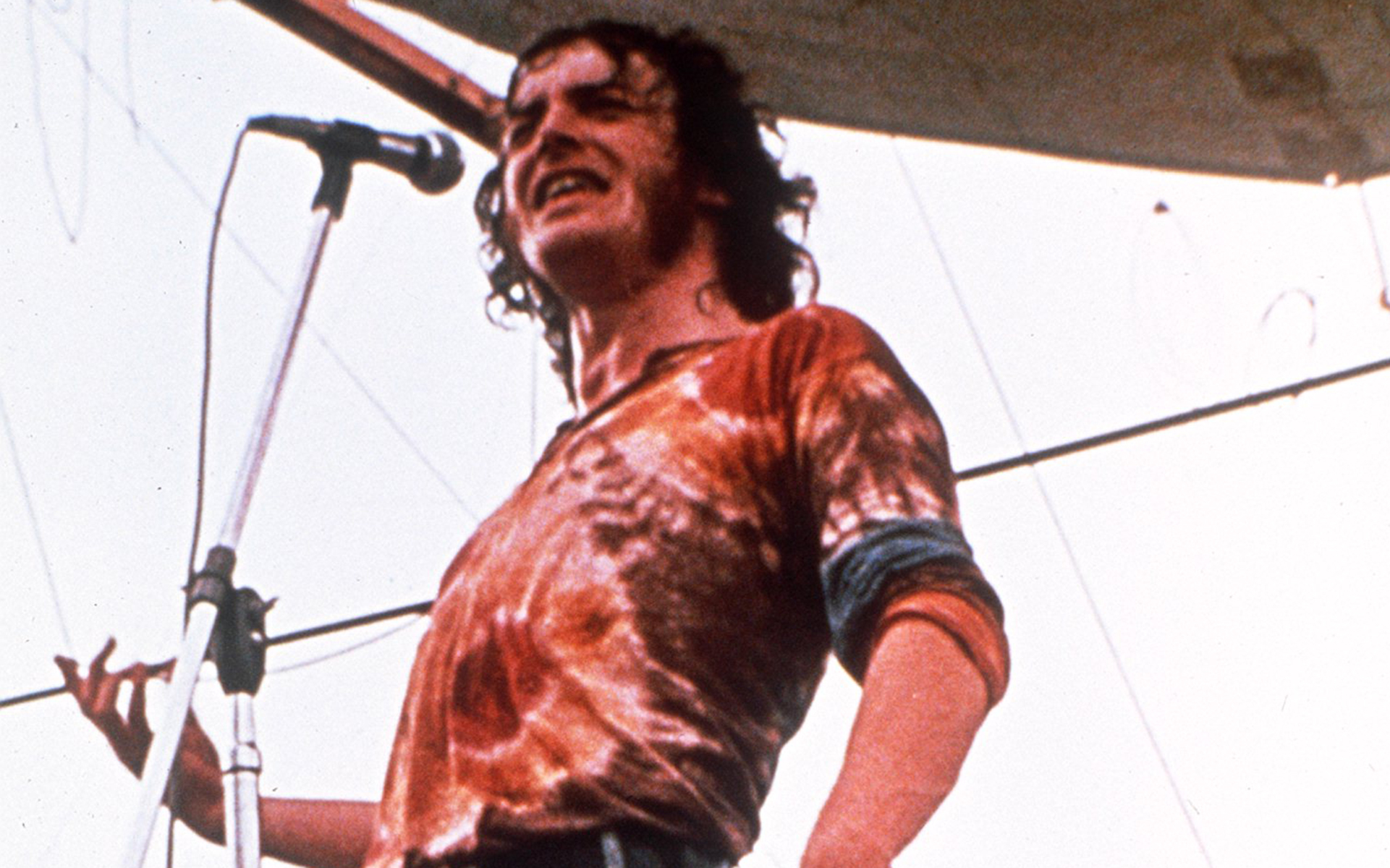 Musician Joe Cocker performs for the thousands of people attending the Woodstock Festival of Arts and Musik at Bethel, New York August 1969 (AP)
Joe Cocker’s inimitable gravelly voice has sung some of the sweetest tunes of the baby boomer generation. Named one of Rolling Stone’s 100 Greatest Singers, some of his most famous songs come from cannabis-friendly influences such as the Beatles and the Lovin’ Spoonful. So it may come as no surprise that Cocker himself was a friend of the ganja; so much so, in fact, that it landed him in a world of trouble.
Related

Joe Cocker started his career under the pseudonym Vance Arnold, and from the get-go, he was well-known for his covers of songs by Chuck Berry and Ray Charles. After a short hiatus and a revamp of his image, Cocker formed the Grease Band, achieving minor success with the song “Marjorine.”

With a hit under his belt, he took on the big time with a new rearrangement of the classic Beatles song, “With a Little Help From My Friends.” The song featured Jimmy Page on lead guitar, and instantly climbed the charts in both the United States and his native United Kingdom. His cover was so popular that it was later used as the theme song for the acclaimed television series The Wonder Years.

Upon hearing of Cocker’s death in 2014, Paul McCartney offered his appreciation for the rendition. “He was a lovely northern lad who I loved a lot and, like many people, I loved his singing. I was especially pleased when he decided to cover “With a Little Help from My Friends” and I remember him and Denny Cordell coming round and playing me what they’d recorded and it was just mind-blowing, totally turned the song into a soul anthem and I was forever grateful to him for doing that.”

Cocker had done such a tremendous cover of “With a Little Help From My Friends” that the Beatles allowed him to cover several other Beatles tracks for his self-titled album released in 1969, including “Something” and “She Came In Through the Bathroom Window.” He even performed the hits at Woodstock during a set he described as “like an eclipse…it was a very special day.”

As he gained popularity internationally, Cocker took his show on the road, playing the first show at Madison Square Garden in New York City, before embarking on a European tour across Italy and Germany.

In October 1972, Cocker toured Australia. The reviews out of Sydney were ecstatic and raved that his was the “best show ever to hit Australia!” Australian music reviewer Molly Meldrum wrote in the music rag, Go-Set, “The Joe Cocker tour looks set to break every touring record that has ever been set in this country—that includes The Beatles Australian tour of 1964.”

Cocker was about to break another record that the Beatles had missed in Australia: cannabis possession charges and deportation.

On October 14, 1972 in Adelaide, Cocker and six members of his entourage were arrested for the possession of marijuana. Adelaide police claimed to have found “Indian hemp” in his hotel room. Rumor has it the police asked if he had any marijuana and he replied, “There’s some around here somewhere.”

The band was fined $300 a person and released on bail. The Immigration Minister, Dr. Jim Forbes, considered the drug charges and signed deportation papers, giving him and the band 48 hours to get out of Australia.

Cocker remained unrepentant. During his show in Melbourne before the deportation, he told the audience, “In five years, marijuana will be legalized in Australia and the same cat who is trying to throw us out now will be smoking it himself.” In response, his fans wouldn’t let him leave the stage until he’d performed the apropos melody, “Cry Me a River.”

In Melbourne, Cocker continued to earn the ire of local authorities, this time with charges of assault and resisting arrest. At this point, Dr. Forbes wasn’t having any of it, informing the band they had four hours to get the hell out of Dodge.

With that, Joe Cocker’s Australian tour was over. He later revealed that the incident had shaken him, despite the unflinching face he put forward.

“The Australians actually owned up that they set us up,” he told journalist Michael Hann. “Somebody wrote a book a few years ago saying it was a government thing, an election thing–we were just used as guinea pigs. But at the time it was real scary to be down in Australia. You didn’t have that communication thing you do nowadays.”

The incident had occurred during a heated political climate in Australia and had a polarizing effect on the nation. In the end, it earned Cocker a newfound popularity Down Under, including a new nickname: Mad Dog. He would return to perform in Australia 11 more times over the following decades. His song “Unchain My Heart” eventually became synonymous with the Australian government after being used on the campaign trail of the 25th Prime Minister, John Howard.

Joe Cocker died in 2014, but his life, his music, and his legend live on. And Australia will never be the same. 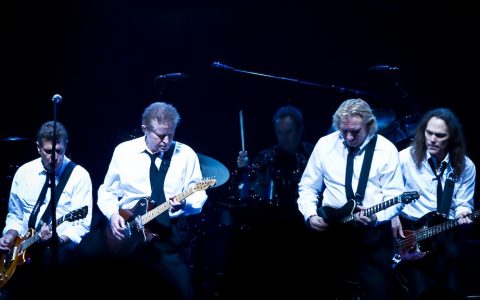 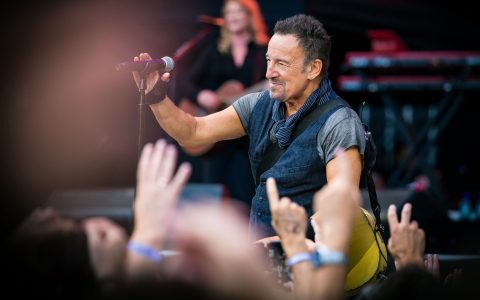 That Time Bruce Springsteen Sang to Obama About Marijuana 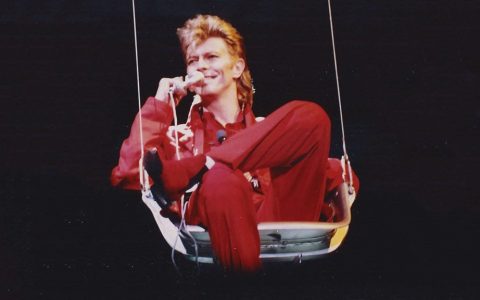 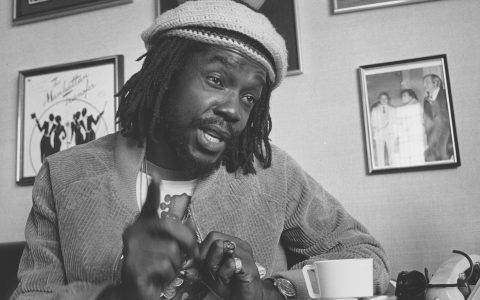