Smoke This, Watch That: Movie and TV Picks for September 2017 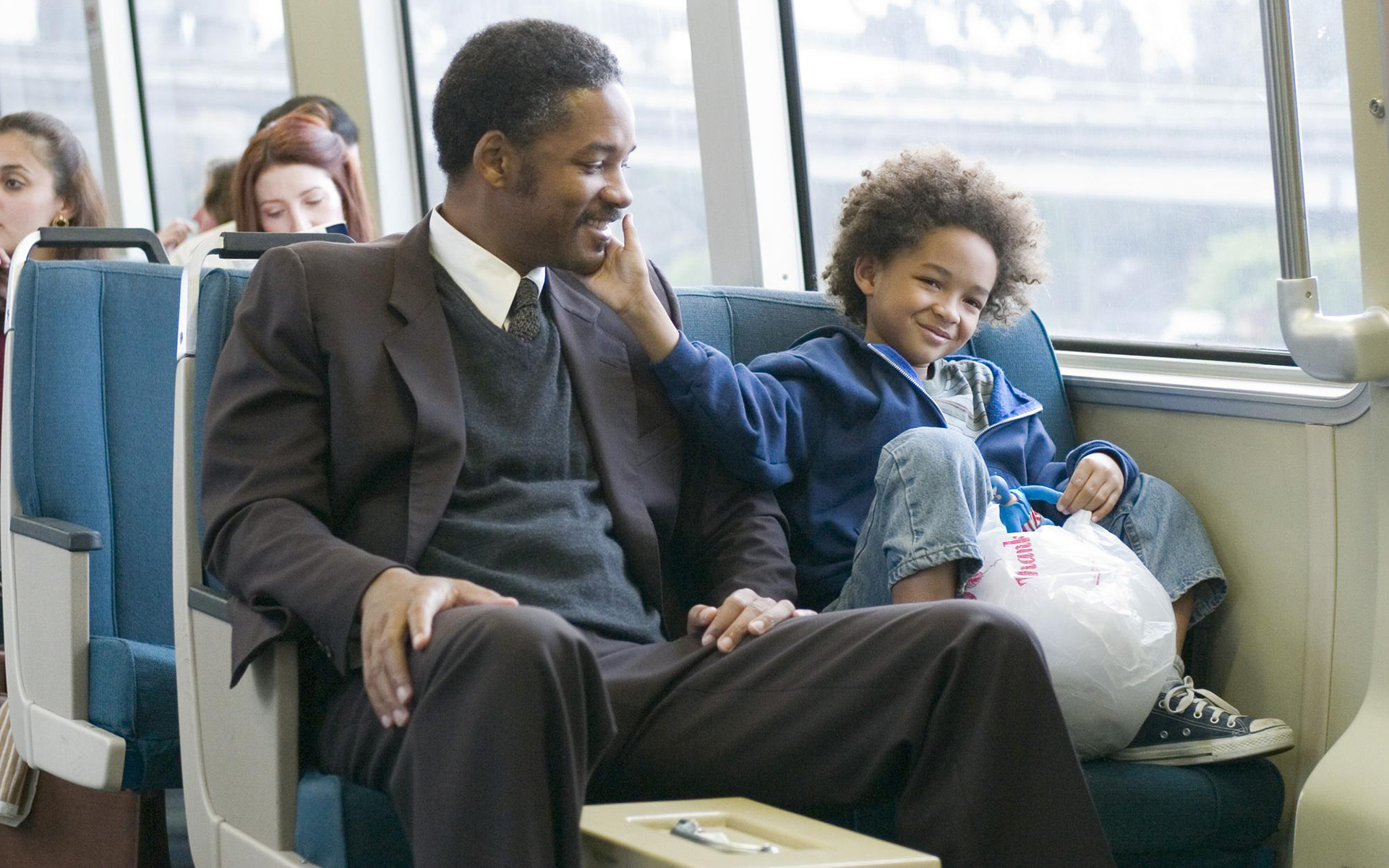 (Columbia Pictures)
You clicked the link so you already know what it is: movies and strains, strains and movies. We’re talking about what to get high and watch, so peep the below suggestions for the September 2017 version of Smoke This, Watch That.

I smoked Cadillac Purple while in Las Vegas and ooohweee, it is some gas, do you hear me?! I rolled a blunt of this and a supposed-to-be night out at Drais ended up being a night of me sitting in a stairwell for two hours because my legs were not interested in movement at the time. Get high and don’t move? Perfect strain for a movie/watch sesh.

Big Smooth is another tried-in-Vegas strain that had my body in a permanent sitting position. It’s a beautiful flower that was so covered in trichomes that it looked frozen. The high is a heavy smack in the face, so if you’re thinking, “Which strain should I smoke to wind the night down?”, then look no further, you found it.

One pre-roll of Chemdawg 91 had me and my friends locked into a deep-ass conversation about life, dreams, and also why Funyuns might be the best chips out there. It’ll hit you with a nice body high, which is exactly what we want when it’s time to kick back and watch some flicks.

What’s the Best Potato Chip and Strain Flavor Pairing? We Held a Tournament to Find Out

What to Watch in September 2017

Mood: My Spirits Are in the Dumps, and I Need That Inspirational Pick-Me-Up

Mood: It Doesn’t Have to Be Great, But It Does Have to Be Entertaining

13 Hours is definitely not the best movie, but it’s good enough to keep your attention with a bunch of gunfire and “Oh my God, how will they survive?!” anxiety. It stars Jim from The Office, and it’s basically the story of a security team that fights to save a US compound in Libya from multiple waves of terrorist attacks on, of all days, the 11-year anniversary of 9/11. Like I said, it’s not great, but it’s full of enough action to keep your attention.

Mood: I Need a Movie With a Twist That’ll Make Me Yell “Yooooooooo!!!”

Seven Psychopaths is the best damn thing Colin Farrell has ever done, next to the classic Phone Booth (fight me). It stars him as a struggling screenwriter who’s struggling to write this script about, you guessed it, Seven Psychopaths. In his struggle, he enlists help from his best friend, who kidnaps dogs for a living with some old dude played by Christopher Walken. That’s all I’ll tell you about it because the more I explain, the more I’ll give away parts of the movie, and I want you to go into this with a completely blank mind. You’ll love this movie, though. It’s hilarious, it’s unpredictable, and it twists and turns all over the place in manners that will blow your high-ass mind.

Leafly Staff Picks: The Most Mind-Blowing Subreddits to Browse While High

Mood: Give Me a Movie Premise I’ve Never Seen Before

What Happened to Monday is the best movie Netflix has ever produced, which isn’t too high of a bar to clear considering 94% of their Netflix originals have been absolute garbage. But this shit was fire. It’s about an overpopulated world in which the government only allows families to have one child to combat the population issue. Any more than one, and those siblings get taken away. However, one grandfather of septuplets, played by William Defoe, decided to protect them by making each child pretend to be the same girl/woman. But then the secret gets out, and BOY DOES SHIT GET REAL. I had a body full of Bubba Kush when I watched this, and each new twist or plot revelation had my mind blown to smithereens.

Mood: I Need a Reminder of How Broke I Am

This is a fascinating documentary from 2003 about the heirs to mega fortunes and how simple their lives are. They never need to worry about money or opportunities. It’s filmed by the heir to Johnson & Johnson, and basically he just goes around interviewing his other super wealthy friends, which makes them veeeerrryyyy uncomfortable. One of those friends is Ivanka Trump, and it’s wild how you can see the foreshadowing of the person she is today.

Mood: Just Once I’d Like to Watch a Documentary With Interesting Information

Batman & Bill is a documentary about the story behind Batman’s creation and how Bob Kane essentially stole the idea from his writing partner, Bill Finger. While it chronicles the entire story behind that, the flick is really about the journey the filmmaker goes on to get Finger his credit that he was denied for so many years. As a creative person, this left me shook, because it highlights the scumbaggery of the entertainment industry and how intellectual property gets stolen every day. (Matter fact, let me go file some copyright claims right quick.)

Mood: Show Me Something I’ve Never Seen or Thought of Before

Wild Horse, Wild Ride was my favorite watch of this month. It follows the journey of various horse trainers who are given 100 days to turn wild mustangs into domesticated animals to put up for adoption. It’s a great watch in the same way your favorite show is a great watch—you get sooooo invested in these trainers and their horses that you don’t even notice that it’s almost two hours long. Watch this.

Mood: Make Me Laugh About How Everything Sucks

Marc Maron is such a legend and his latest special is so funny. I was dying from open to close. He talks about everything from politics to relationships to death. Watch this and then come back to me so we can talk about the Rolling Stones bit. His Mick Jagger impression will have you gasping for air. So funny and spot on.

Mood: Make Me Laugh About How I’m Not You

I watched this special for the first time in college, but I ran it back earlier this week and it still holds up. John Mulaney is so damn funny, and now that I’m older, New in Town is even funnier. He covers a vast amount of topics and experiences, but at the core of it, this stand-up is pretty much just about how frail of a man he is. He has a newer special called The Comeback Kid, which is also hilarious, but if you’ve never checked out Mulaney before, start at New in Town. You will not be disappointed.

Mood: I Need a Show That’s Equally as Sad as it Is Funny

Season 4 of Bojack Horseman just released on Netflix and if you’ve never watched this show, you’ve been doing yourself a serious disservice. It’s a show about a has-been actor that’s dealing with the realities of his irrelevance, as well as the realities of how bad he is at life in general. And oh yeah, he’s a horse. But be warned: it’s full of relatable commentary that might mess your world up. If you’re in a dark place in your personal life, Bojack’s going to shine a light directly at those issues. It’s equally as sad as it is funny. 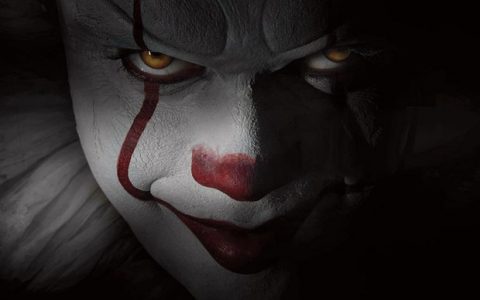 Is the 'It' Movie Worth the High? 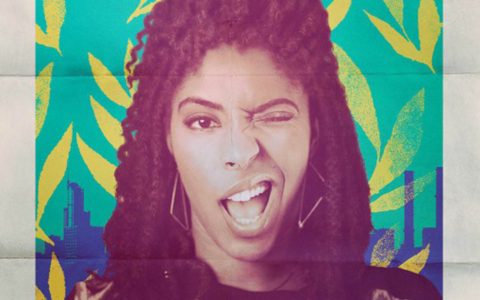 Smoke This, Watch That for August 2017 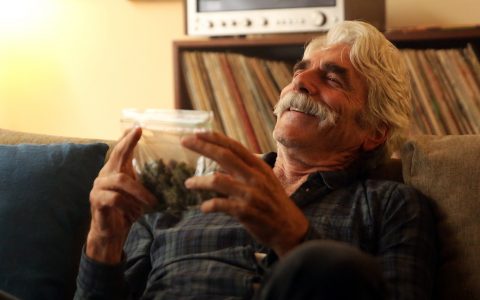 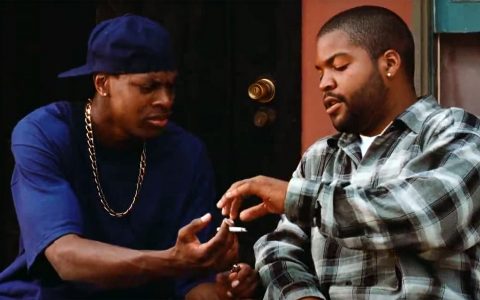 6 Types of Smokers From the Iconic Scene in 'Friday'