When most people think of Los Angeles, a few images come to mind: the Hollywood sign, Rodeo Drive, Malibu beaches, and TCL Chinese Theater usually among them. The other major thing L.A. is known for? A high (sorry, I couldn’t resist) concentration of medical cannabis dispensaries. You can scarcely make it a few blocks without seeing the iconic green cross indicating yet another dispensary location. To make it even more of a cannabis-friendly playground, there are glass shops everywhere, so you never have to go far to find a pipe, rig, or rolling papers and hemp wicks. If all that isn’t enough to convince you, come for the weather – Downtown L.A. had a whopping 292 days of sunshine in 2015.

Pop culture claims to fame: The Big Lebowski, Pretty Woman, The Muppet Movie, and The Fast and The Furious, just to name a few. Los Angeles is the epicenter of the film industry.

For the record: It is illegal to consume cannabis in public, but it’s not strictly enforced. Be smart, and when in doubt, use a vape pen.

At 4:20 p.m., you’re: Checking into The Magic Castle Hotel, perhaps the most enchanting accommodation in L.A. 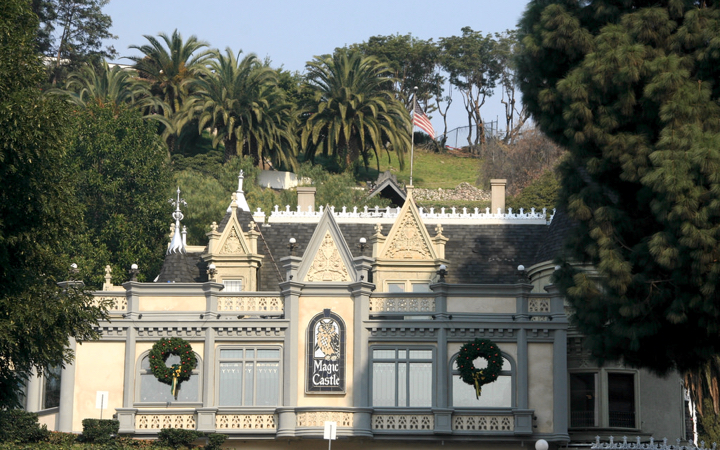 This is a neat hotel in its own right, but it’s also a means to access the incredible members-only club next door. More on that later (but go ahead and start getting excited now).

Head's up: Lyft and Uber are the best ways to get around Los Angeles – public transportation is terrible.

At 5:20 p.m., you’re: Taking advantage of the 10% off happy hour special (Monday through Friday, 4:00 to 7:00 p.m.) at La Brea Compassionate Caregivers, a cute little dispensary in Hollywood that offers a great selection of high-quality flower, plus a friendly, knowledgeable staff who remember the names of all their regulars. 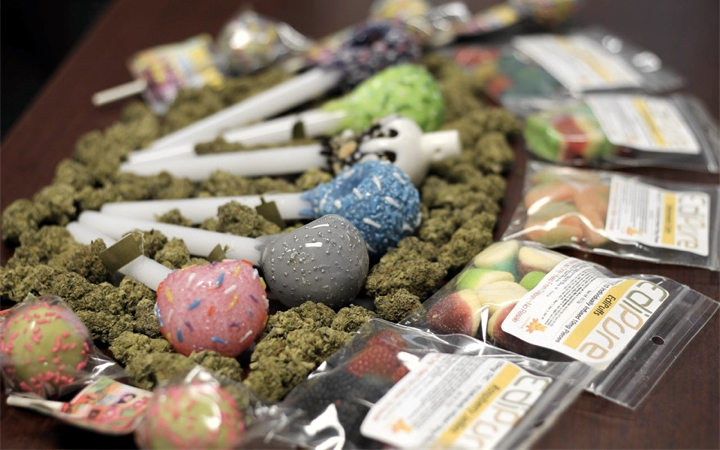 You’re buying a gram of Blue Dream and an awesome new pipe to put it in, plus a pre-roll or two for convenient toking on the go.

Word to the wise: At the dimly lit ristorante you’re headed to next, no one will notice if your eyes are a bit red, so snag a hit or two of that Blue Dream from your new pipe before you arrive.

At 6:00 p.m., you’re: Walking into Miceli’s, Hollywood’s oldest Italian restaurant, which has been owned and operated by the Miceli family since 1949. 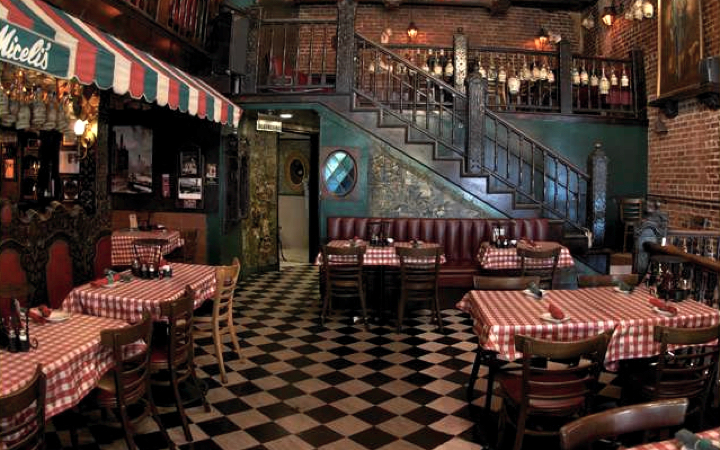 Here, the wait staff will serenade you with Italian arias and far more in between classic courses like prosciutto with melon, chicken marsala, shrimp and scallop cacciatore, and cannelloni (don’t forget a glass of Chianti). You’ll likely be fine without reservations, but feel free to call ahead if you like (get in touch with the Las Palmas Avenue location). While you’re here, don’t miss checking out the famous piano bar, and be sure to tip the pianist when he plays your requests.

What you’re skipping: Madame Tussauds wax museum. It’s overpriced (do you really want to spend $20 apiece to see creepy wax figures?), plus you’d be fighting mobs of people trying to get selfies. If you’re itching to see a celebrity, you’re just as likely to spot one at Miceli’s.

At 7:30 p.m., you’re: Seated and waiting for the lights to dim to kick off the feature presentation at the El Capitan Theatre, a short walk down Hollywood Boulevard. 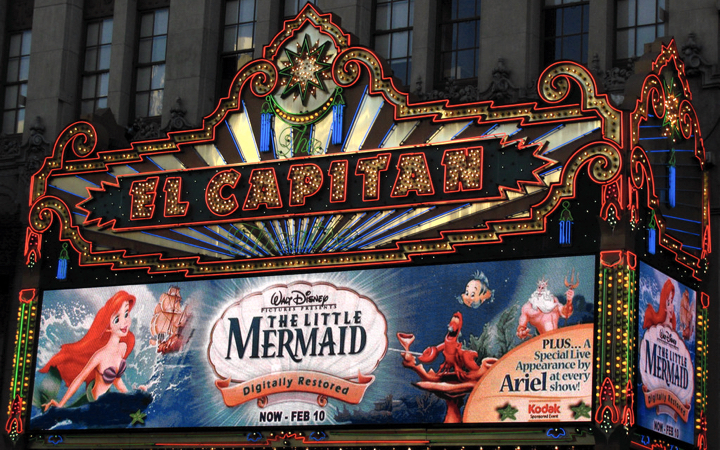 The state-of-the-art theater seats 1,000, boasts pristine acoustics for a truly sensational experience, and screens recent and throwback Disney movies alike. In short, it’s made for people who have just come from the dispensary.

At 9:45 p.m., you’re: Walking 10 minutes back up Hollywood Boulevard to iO West, a comedy club where some of the brightest up-and-coming improv performers put on an amazing array of shows every night of the week.

Shoot for the 10:00 p.m. showing (you can check out upcoming themes here).

At 11:15 p.m., you’re: Realizing that you just time-warped back to four decades ago.

Good Times at Davey Wayne’s is a straight-out-of-the-70s living room of a bar, complete with exactly the sort of psychedelic color scheme, radical rock walls, far-out wallpaper, righteous back patio, retro drinks, and groovy clientele you’d expect of the most canna-tastic decade of them all. Among the menu items: Choco Tacos and cocktails with names like “Some People Call Me Maurice.” There’s a reason Davey Wayne’s lands on virtually every “best bars in LA” list – any place you have to enter through a refrigerator door is straight-up awesome. Don’t miss it.

Head's up: On weekend nights, this place is likely to be busy. If you have to wait to get in, take advantage of the free time and step into the alley around the corner to smoke your pre-roll – you’ll want to be high for time-travel this trippy.

Wi Spa has gender-segregated floors where guests must disrobe entirely (yes, I mean get naked) and shower before soaking in one of the warm, hot, or cold tubs, or using the dry or steam saunas. There is also a mixed-gender floor (don’t worry, they give you shorts and a t-shirt to wear) called the Jimjilbang, where you’ll find five dry saunas at different temperatures (including an ice sauna). The co-ed floor has a restaurant, children’s area, and free WiFi, and is the best possible spot to relax after a long day. By the time you grab a ride share home, you’re going to be completely and entirely ready to face-flop into bed. 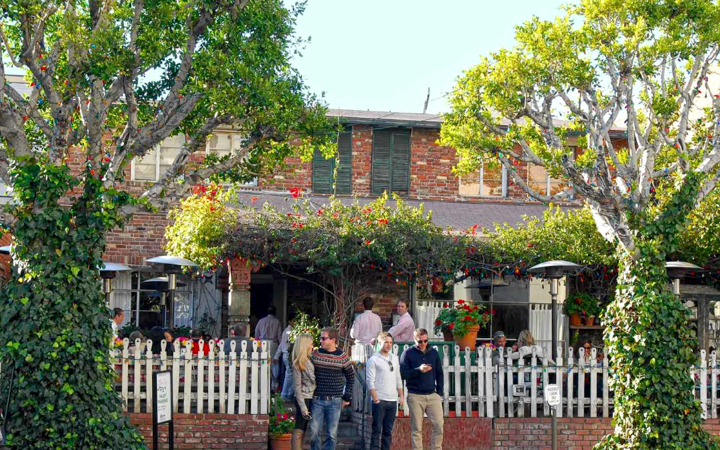 Don’t want to splurge? If you’re here on a Sunday, the Mud Hen Tavern is a neighborhood fave that rocks a classic L.A. cool-casual vibe, and a Sunday brunch menu with mouthwatering options like lemon poppy seed waffles (with raspberries and coconut syrup) and chile relleno breakfast burritos.

At 11:45 a.m., you’re: Back at your hotel and finally ready to investigate it in full (request a late check-out so you don’t have to deal with your bags as you explore). The Magic Castle serves as the clubhouse for the Academy of Magical Arts, a non-profit organization dedicated to promoting the practice of magic. Real talk – this is one of the coolest spots in the city. There are several bars, four theaters with multiple performances every evening, and maybe a ghost. Throughout the castle are an eclectic mix of magical artifacts from famous magicians including Houdini’s cuffs, which you’ll find in the Houdini Séance room. 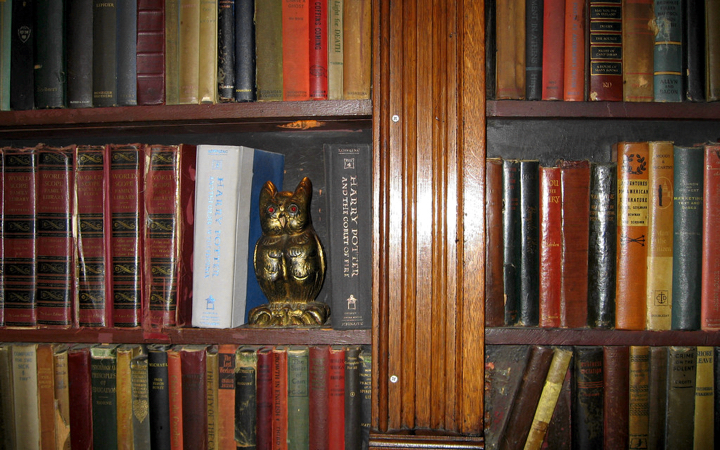 Word to the wise: There are no photos inside the castle, only out front (there’s a branded step-and-repeat) and in the lobby. You enter the Castle through a secret passageway behind a bookcase in the lobby that opens when you say, “Open Sesame.” No, I’m not kidding. Yes, it’s as magical as it sounds.

At 1:30 p.m., you’re: Stopping at Woodland Hills Treatment Center (WHTC) in Studio City for supplies before heading to Universal Studios.

The dispensary has white columns and iron fences, and looks more like someone’s house than a dispensary. You walk into the waiting area and before long you’re ushered into the gigantic main floor of WHTC. Three flat-screen TVs list the menu offerings and there are beautiful glass cases displaying the location's high-quality products.

What you’re leaving with: Make sure you pick up some Lord Jones Sea Salt Caramels, a mouthwatering hand-crafted confection manufactured locally. Also check out the dispensary's selection of sexual wellness products: it carries both Foria Pleasure and Foria Relief, which you can’t get outside of California and Colorado.

At 2:15 p.m., you’re: Chewing on your recently acquired caramels as you enter Universal Studios (since there are lots of kids running around, edibles are your best options, plus the lengthy high will sustain you throughout the afternoon). Universal Studios boasts experiential rides and attractions that will delight your inner child, most exhilarating of which is the Wizarding World of Harry Potter. 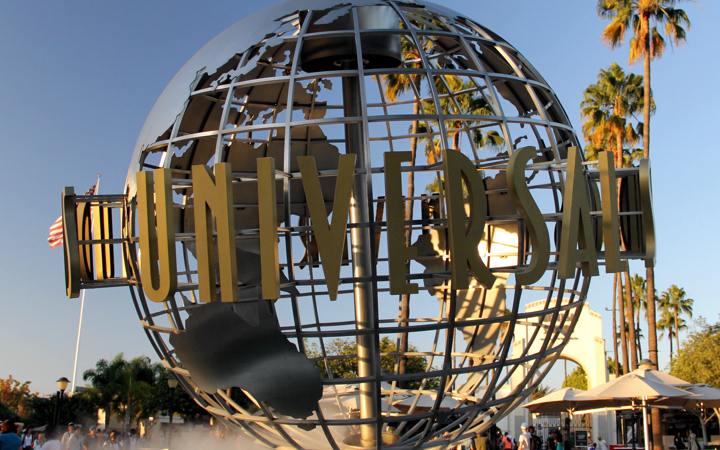 You enter through Hogsmeade, passing The Hogwarts Express, The Three Broomsticks, and even a frog choir. Pick up a wand at Ollivander’s (you can choose from interactive and plain wands) and grab a frozen Butterbeer. Make your way to the Hogwarts Castle to experience the Forbidden Journey ride. Waiting in line is a joy as you weave through the castle past the Defense Against the Dark Arts classroom and even Dumbledore’s study. Holograms of Harry, Ron, and Hermione guide you and portraits have conversations above your head.

Word to the wise: The ride itself is intense, awesome, and not for those prone to motion sickness. If you’re looking for something more adult-oriented, The Walking Dead Attraction opens in July, or check out the areas devoted to The Mummy or Jurassic Park.

At 4:20 p.m., you’re: Headed back down the 101 (why do locals always prefix freeways with “the”? Local channel KCET has the answer), admiring the gorgeous homes that speckle the mountains of the Hollywood Hills. 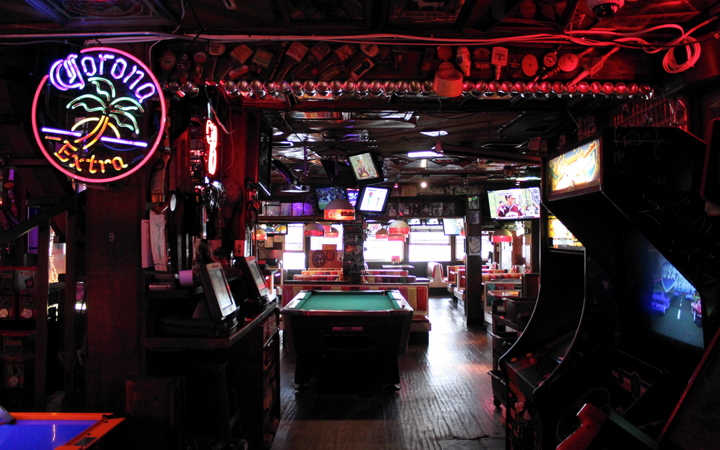 You’re on your way to your last stop at Barney’s Beanery, a laid-back Route 66 spot with food, beer, pinball machines, and pool tables surrounded by brightly colored booths. You might recognize the decor from the 1991 film The Doors (which is appropriate because Jim Morrison is reputed to have spent a great deal of time here). Barney’s classic all-beef chili has been on the menu since 1920, and you can enjoy each delectable bite as you ponder which of the booths Quentin Tarantino was sitting in when he wrote some of his screenplays.

Fun fact: The West Hollywood location in particular has hosted lots of celebrities over its nine decades of business, including Janis Joplin, whose favorite booth was #34.