The Leafly Guide to South by Southwest 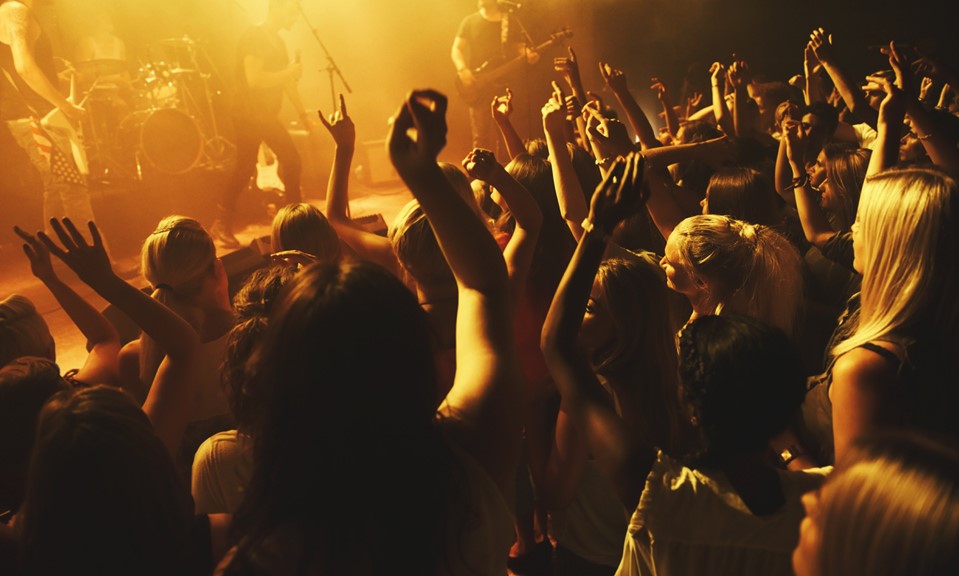 South by Southwest may be the most ambitious festival in the United States. Over 10 full days, thousands of bands, hundreds of films, countless free events, and innumerable ideas will come together in a convergence of some of the most noteworthy tastemakers, luminaries and influencers from across the nation and around the world. Collaborations will be fomented, minds will be changed, and parties will rage from sunrise to sunrise.

“It changes every year,” says Lawrence Boone of Do512, an online compendium of Austin events, “but over the past few years they’ve tried to whittle it down and get back to what it was originally, which is about discovering new bands,” films, and perspectives. To help you make the very most of 2016’s festival, we chatted with the team at Do512, then curated the following festival recommendations for the best food, shows, parties, premieres and more. Here’s our guide to SXSW Interactive (March 11-15), Film (March 11–19), Music (March 14–20), and everything in between. 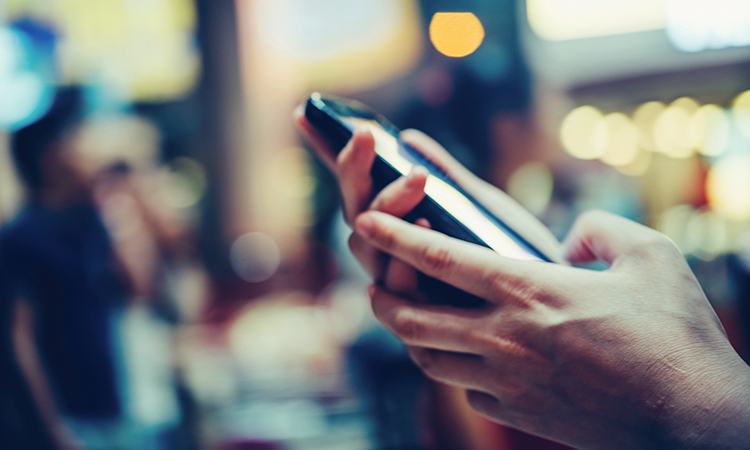 Listen Up: Use the time leading up to the festival to rock out to some of the bands you’re not yet familiar with yet – shows are always more fun if you can sing along. Do512’s Spotify and YouTube playlists are a great place to start. Don’t feel like you need to listen to everything, though; there’s also something to be said for letting the festival current sweep you into unexpected shows, where you’ll inevitably find new favorites.

Peel Your Eyes: Push play on the official SXSW trailer playlist and jot down notes of any titles that pique your interest, then check your schedule and pick out screenings that don’t conflict with one another; most films are shown more than once over the course of SXSW Film.

Download the App: The sheer volume of events offered over the week and a half of the festival is enough to stop even seasoned attendees in their tracks. Download SXSW GO, create an account and use it to log all your must-see events. Don’t forget to keep Twitter close at hand, too: when impromptu secret shows are announced, Twitter is the first place word will get out. 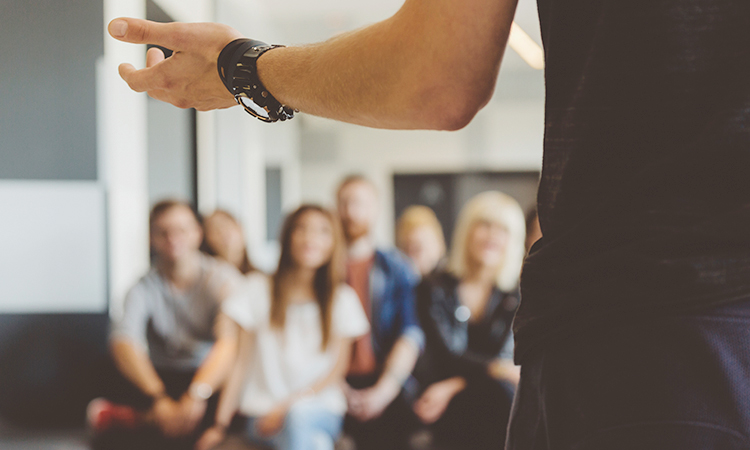 Hail to the Chief: President Barack Obama and First Lady Michelle Obama will be keynote speakers for SXSW Interactive (March 11) and SXSW Music (March 16), respectively. This will be the first time in the 30-year history of SXSW that a sitting U.S. president and first lady have participated in the festivities.

Spark Your Imagination: Fuel your mind with panels and sessions of experts discussing topics that will shape our future (and have already begun shaping our present). Just a few captivating topics include the science of color in film (March 13), 3-D printed food (March 14), and the art of starting from nothing (March 15).

Learn About Cannabis: Cannabis-related content has soared at South By. This year, choose from panels on the maturation of the cannabis industry, ending cannabis prohibition, and enabling cannabis innovation, and stick around toward the end of some sessions to network and spitball with industry influencers. 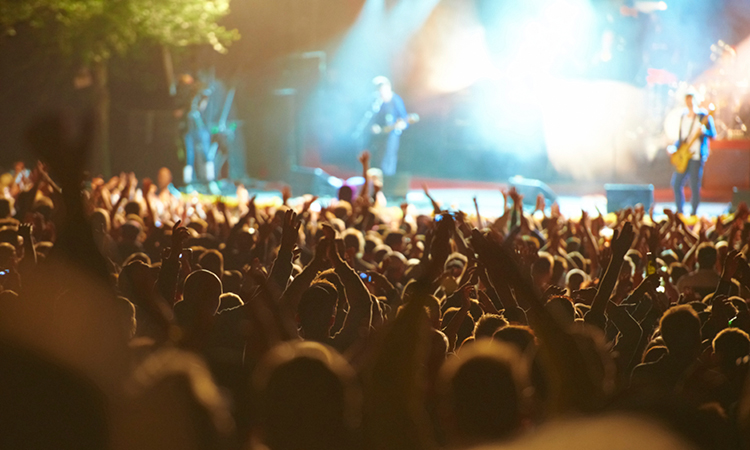 Hometown Heroes: Some of the most balls-to-the-wall shows feature local bands, whose shows have a home field advantage in that they are already beloved by local attendees. A few recommendations include Magna Carda, Tele Novella and Wild Child; check out the full list of picks here.

Big Names for Free: Why pay for a fancy badge? With all the bands in town for a long stretch (officially invited SXSW musical acts number close to 2,500, with many more in attendance besides), there’s always a constant barrage of free shows around town if you’re willing to wait in a few lines. See MSTRKRFT at The Gatsby, BØRNS at Clive Bar, AlunaGeorge at the Hype Hotel, Talib Kweli at the Empire Control Room, Nas at Austin Music Hall, Chvurches at Stubb’s, and oh so many more.

Parties Not to Miss 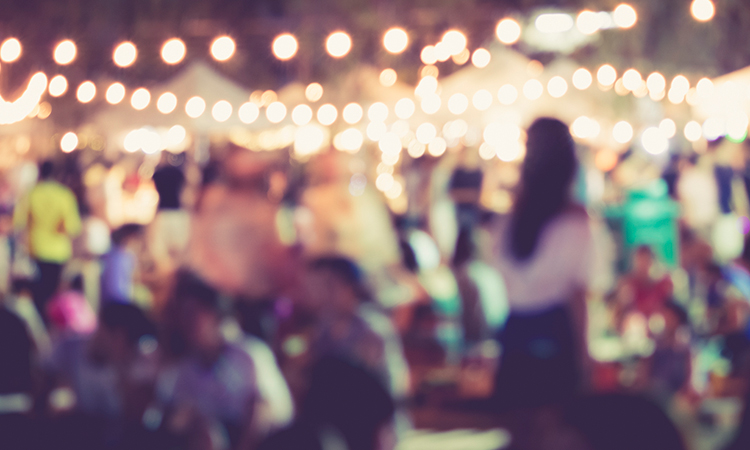 Epic! Interactive: The rowdy, gold-wallpapered Hotel Vegas has two open-air patios and two indoor stages that will showcase upbeat bands like The Octopus Project, Rubblebucket, The Riverboat Gamblers and more. This free-with-RSVP party on March 11 promises to live up to its name. Sign up here.

Strange Brew: The huge (and hugely popular) annual party is back on March 14 for its fifth iteration, featuring artists from Yuck to Tacocat to Car Seat Headrest to Sweet Spirit (an Austin band to watch). It’s free with an RSVP, which you can do here – get there early in the day though (doors open at 1pm), because RSVPs already number into the thousands. 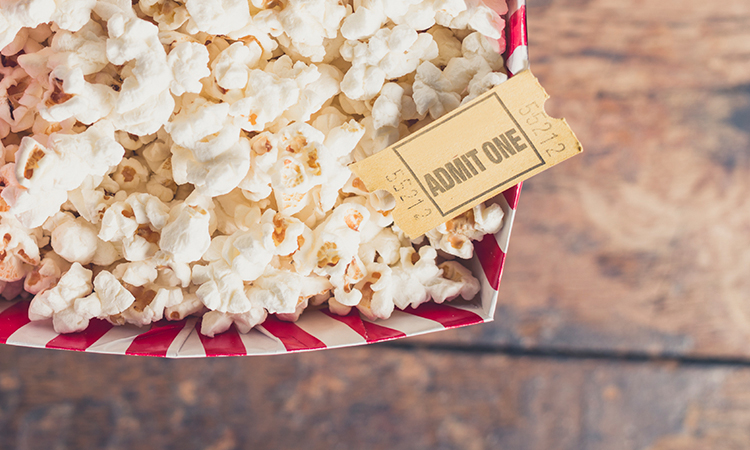 World Premieres: Two categories, Narrative Feature Competition and Documentary Feature Competition, will each premiere 10 unique films at the festival (selected from among thousands of submissions). Guaranteed to provoke and please, it’s definitely worth your time to see as many as you can fit into your schedule.

“Raw Innovation”: As SXSW’s website puts it, “Visions filmmakers are audacious, risk-taking artists in the new cinema landscape who demonstrate raw innovation and creativity.” This selection of films might not be what you’re used to, but if you were looking for something predictable, you would have stayed home.

Quick Hits: Full-length features can tie up a lot of your time, but shorts are easy to catch whenever you have a half hour to spare. Narrative, documentary, and animated shorts for 2016 include Alive & Kicking (“the soccer grannies of South Africa”), Glove (“the true story of a glove…floating in space since 1968”), Greener Grass (“a dark comedy of manners set in a surreal world”), and Trash Cat (“a cat that likes to knock over trash cans”).

What to Eat and Drink 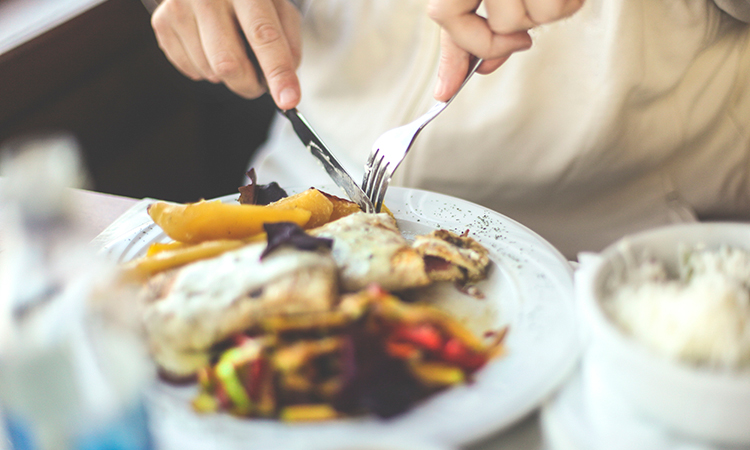 Get Some Brunch: Austin loves itself some Bloody Marys, chicken and waffles, and decadent takes on breakfast classics. Hit up the likes of Yellow Jacket Social Club (where the date bread pudding French toast comes with cognac custard and bacon on Saturdays and Sundays), Frank (where Sunday brunch’s Texas benedict includes a cheddar biscuit, pulled pork and jalapeño hollandaise), and South Congress Café (where brunch is served daily until 4pm!).

Gnaw on Barbecue: Texas is legendary for barbecue, so dip into some of the best in the country. Local picks almost invariably include Franklin, la Barbecue and John Mueller Meat Co, but insider tip: most any big-name barbecue joint will be packed for the festival (think hours-long lines). Instead, consider taking a day trip to nearby Lockhart, a barbecue mecca, to visit the likes of Kreuz Market, Smitty’s Market and Black’s BBQ.

Freeload: Though we don’t necessarily encourage it, it’s very possible to do SXSW for 10 straight days without buying any food or drink whatsoever. Sponsored tents, artist showcases, parties and meet-ups rely on free food and drink to lure attendees, and there’s no shame in wine tasting, snacking, or sipping cocktails for free when the opportunity presents itself.

Do More for Free 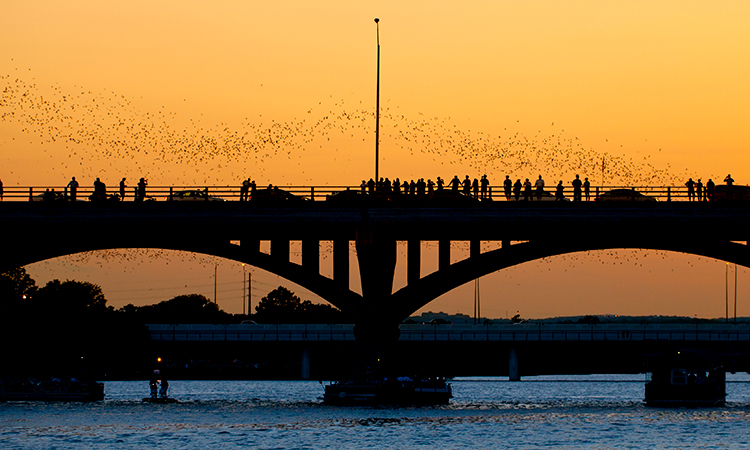 Work It Off: Work some of those free snacks and sips off with the likes of rooftop morning yoga (with live music, of course) presented by Wanderlust, or jog from the statue of Willie Nelson to a free brunch presented by Outdoor Voices.

Nurse Your Hangover: Numerous outlets serve up explanatorily-named hangover brunches: Spider House Café & Ballroom, for instance, will create “Tacoland” on the final Sunday of South By, featuring free breakfast tacos and plenty of live music to wind down the weekend. And on Saturday, you can take a nap in one of the nap pods presented by Casper. Seriously, is SXSW the best or what?

Go Bat-Watching: The Congress Avenue Bridge is a short walk from Sixth Street (the bar-logged beating heart of South by Southwest), and plays home base to a huge group (the world’s largest colony, in fact) of Mexican free-tailed bats who come out to wing their way through the evening skies around dusk. The bats are one of Austin’s most unique, iconic attractions. 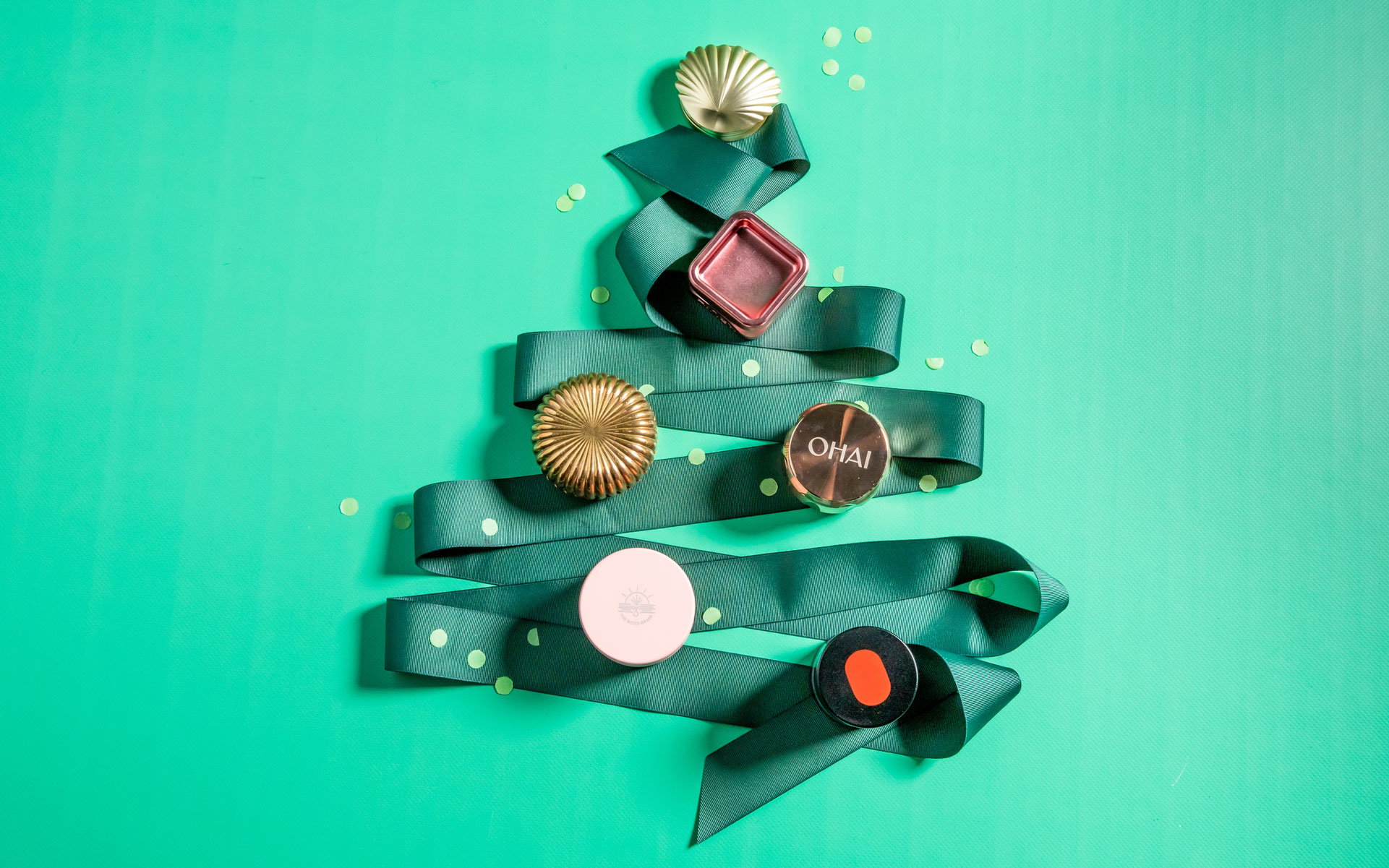 Cannabis gifts for every budget 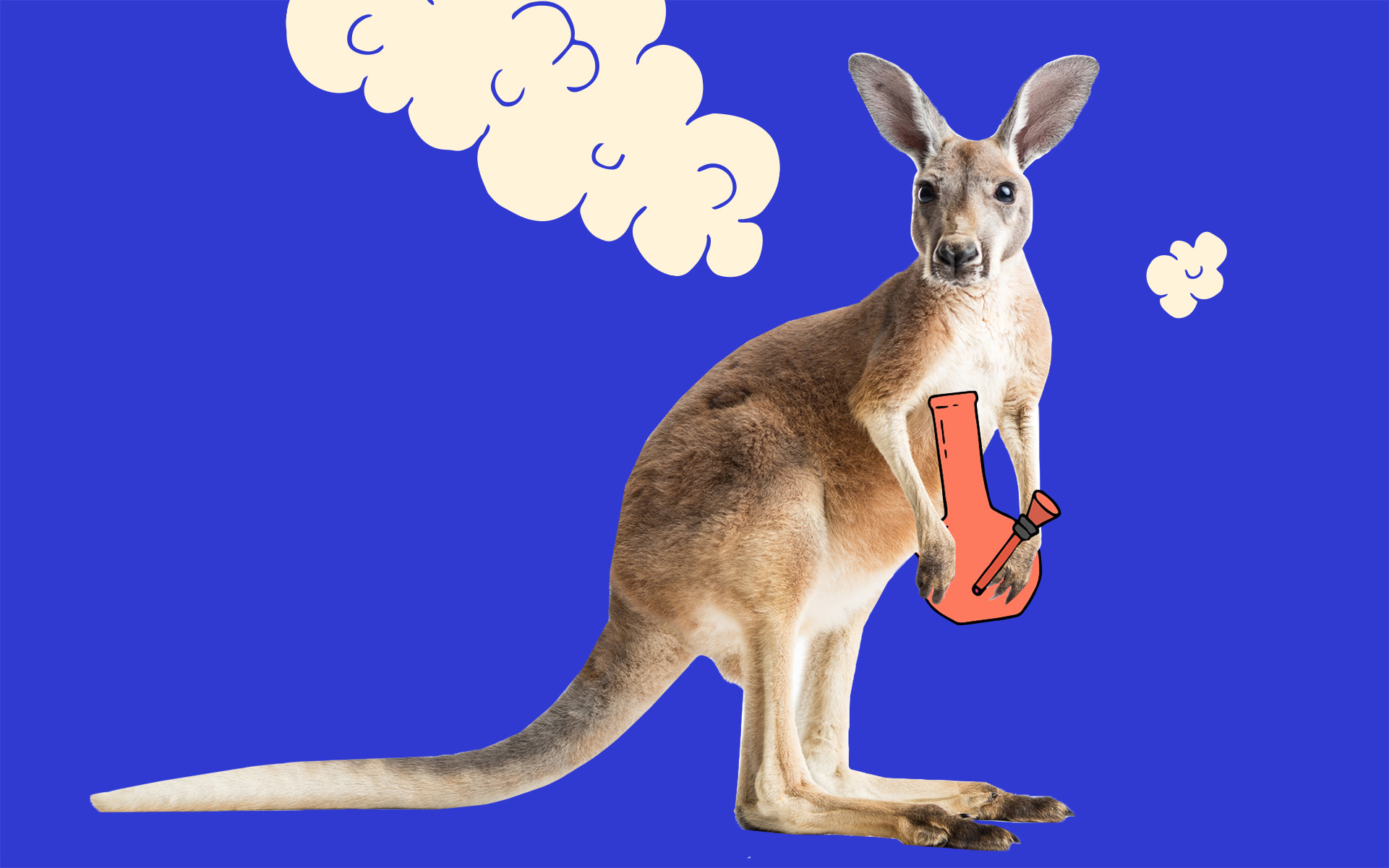