Karina Hof December 13, 2017
Share
Share on Twitter   Share on Facebook
Print
Little by little, the world is legalizing, industrializing, and recreationalizing cannabis use. But come what may, a single place on the planet has long held, and may never shake off, its cannabis Shangri-La status: Amsterdam.

Since 1976, the Netherlands have made an official distinction between hard and soft drugs, and this has affected how the latter are regulated, giving rise to the Dutch cannabis café (or coffeeshop, in local parlance). Amsterdam has the most coffeeshops of any city in the Netherlands. For decades now, these venues have been able to sell up to five grams of cannabis per day to a single person, 18 or older, for consumption in situ or to go.

With such a lush history and yet a present-day embargo on the establishment of any brand-new ones, Amsterdam coffeeshops occupy a unique point on the canniverse’s space-time continuum. In philosophy, they embody a vintage prescience—or more paradoxically, a retro progressiveness—about the good that can come from a society’s liberal attitudes and a government’s pragmatic policies. In physicality, they are weirdly-wonderful sociocultural catchalls for the city’s inhabitants and its many visitors.

The exchanges in this series are excerpted from candid conversations with the people you meet in Amsterdam coffeeshops. They have been condensed and lightly edited for clarity.

Use the sidebar to select a conversation, or scroll down for links.

The People You Meet in Amsterdam Coffeeshops: Catherina 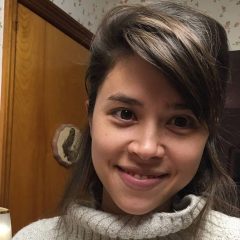