Ben AdlinNovember 10, 2016
Share
Share on Twitter   Share on Facebook
Print
An early morning view of Bar Harbor, Maine and the fall foliage of the surrounding mountains.
Visitors to Maine pass a sign on the highway as they cross the state border. “Welcome to Maine,” it reads, “The Way Life Should Be.” That message will take on a whole new meaning after state voters passed Question 1 to legalize cannabis for adults 21 and over.

The measure’s passage, now projected by AP and the Portland Press Herald, is a monumental first step to bringing legal, regulated cannabis markets to the East Coast. But be patient—the change won’t happen overnight. 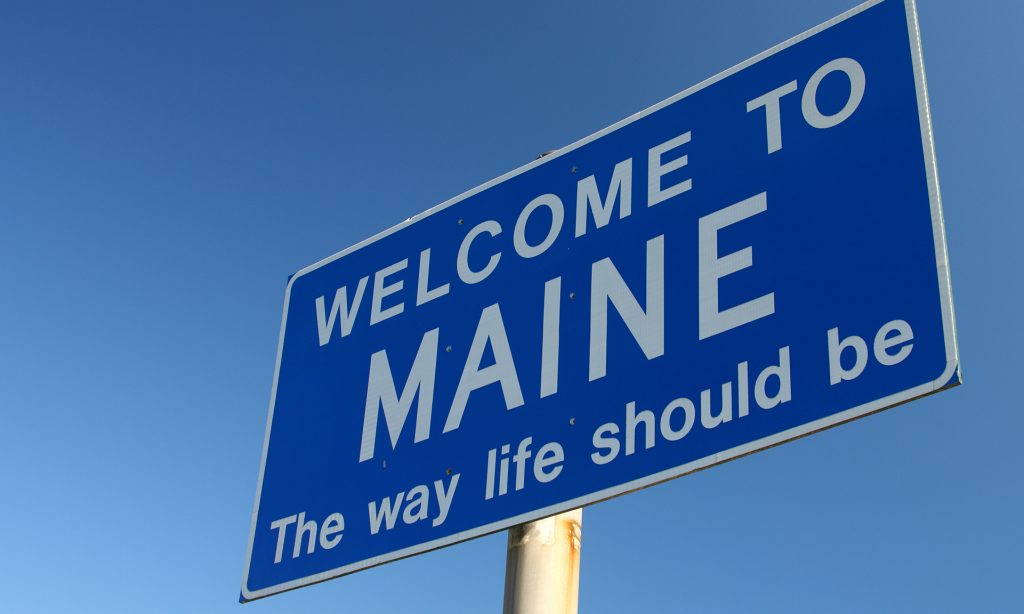 The provisions of Question 1 take effect 30 days after the governor proclaims the election results, which may not happen for some time—as of Thursday afternoon, the measure was leading by only a fraction of a percentage point, and opponents have already vowed to push for a recount.

Assuming the measure does eventually pass, though, cannabis prohibition in the state will officially end one month later. Adults 21 and over will be able to possess, consume, and grow cannabis. Here’s a quick summary of what will become legal:

It will take a while longer for the state’s retail cannabis markets to be up and running. Before issuing licenses to operators, regulators at the state Department of Agriculture, Forestry and Conservation first have to establish rules to evaluate applicants’ experience and criminal backgrounds. After those rules are final, officials at the department have 30 days to begin accepting and processing applications. Issuance of the licenses should occur during the following few months.

In other words, don’t expect retail shops to open until the middle of 2017—at the earliest. And even then, don’t hold your breath. Getting state cannabis programs off the ground can take a lot longer than expected. Just look at the series of obstacles that delayed Alaska’s adult-use market or Maryland’s implementation of its medical marijuana law.

Those delays can be even greater without buy-in from officials, and some of Maine’s higher-ups remain staunchly opposed to legalization. Consider this October message from Gov. Paul LePage—whom the Washington Post editorial board called “completely unhinged”—saying that THC levels in modern cannabis “could kill children and pets.” It’s a bold claim about a substance that hasn’t caused a single overdose death in recorded history.

State Attorney General Janet Mills, usually a LePage foe, joined the governor in opposing the measure, saying Question 1 would legalize possession and consumption by children—despite the fact it says 26 times in the law’s text that cannabis is legal “for adults 21 and over.” Continued pushback from officials at the state level could stymie a smooth rollout.

One Sane Mainer Rides Out the Campaign Madness

Officials at the local level, too, could curb the rise of legal markets. Under Question 1, municipalities have the authority to ban retail cannabis businesses entirely. Adults would still be able to grow plants at home, but retail cultivation, processing, and sales would be forbidden.

Where businesses are permitted, however, consumers will have the option of consuming on the premises of licensed social clubs—essentially Amsterdam-style coffeeshops. They could be cozy places to ride out the next big storm to roll through.

Legalization in Maine has been a long time coming. The state first approved the use of medical marijuana in 1999, but its road to adult-use legalization has been as bitter and bumpy as a midwinter commute. Several past efforts to legalize were shot down before the issue could reach the ballot, and even Question 1 was nearly thrown out over a signature snafu.

Legalization has arrived in Maine, but the job is far from over. As the state Department of Agriculture, Conservation and Forestry considers how best to craft rules, there will be opportunities for public comment. Local governments will also weigh how to regulate businesses. Get involved! Prohibition has ended. Now it’s time to talk about what legalization looks like.