Barcelona’s First Female Mayor Grants Amnesty to Cannabis Clubs, but Will It Stick? 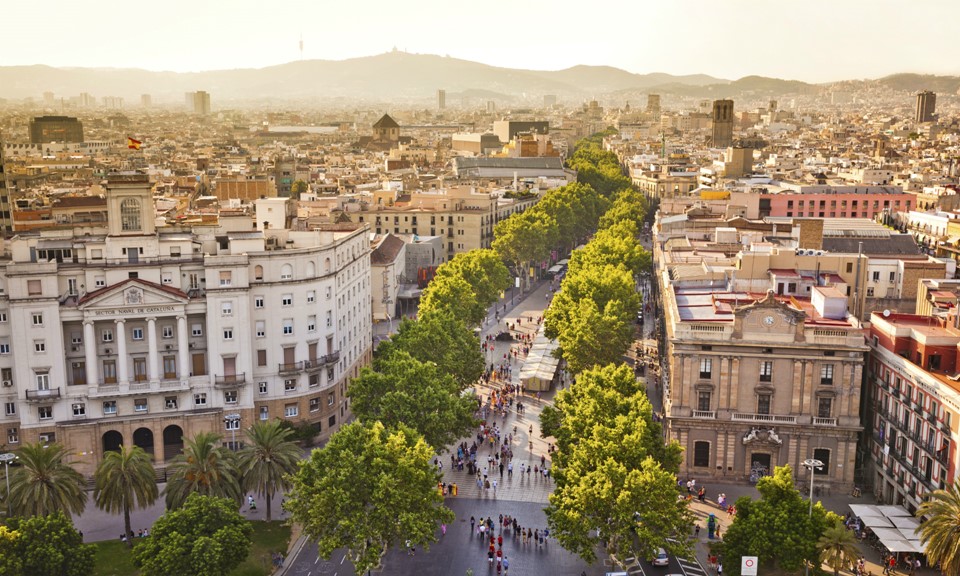 Last summer, Ada Colau became mayor in the historic Catalan capital. This week, she granted amnesty to existing clubs, allowing more than a hundred that were slated for permanent closure to remain open and continue shared cannabis cultivation and distribution.

But it’s an open question as to whether Mayor Colau’s move will allow the city to keep the title of Europe’s New Amsterdam, as the rules seem to change with each new municipal government.

The cannabis social clubs had their first golden years in the last decade. But lack of regulation led to bad operating procedures and conflicts with neighbors, and many locations were forced to shut down.

But the independent spirit of Catalan, it seems, can’t be kept down.

Catalonia is a state of Spain, but has its own language, a thriving economy, and its own way of doing things. Barcelona is traditionally cannabis-friendly and welcoming to small-scale grow ops, even as Spain's criminal code strictly forbids cannabis cultivation, transportation, and public consumption. This means that, like Dutch coffeeshops, Barcelona’s clubs have had to break the law to operate.

Another wave of new clubs swept Catalonia in 2014 as operators said the new clubs, using the legal construct of associaciones culturales (cultural associations), are legitimate places for Spanish citizens to gather in private and do what they like.

The sharp rise in new cannabis clubs prompted former Barcelona Mayor Xavier Trias to try to shut them down.

Trias aimed to eliminate 112 of the 123 clubs that had been established quasi-legally in the city. To achieve this, he proposed a minimum distance of 150 meters between clubs and places frequented by minors, such as schools, libraries, and playgrounds. He stopped giving new licenses to clubs and promised a proper policy. That’s where his influence came to an end.

Colau inherited Trias's plan. But instead of supporting repression, her municipal government presented a regulation proposal: The minimum distance between clubs and places frequented by minors will be reduced to 100 meters. More importantly, the rule will no longer be retroactive. This allows authorities to grant amnesty to most of the clubs that, under the old proposal, would have had to close.

Two federations of Catalan cannabis clubs, FEDCAC and CatFAC, have created a platform on which political parties, authorities and the clubs themselves discussed proposals.

Eric Asensio, spokesperson of CatFAC, the Federation of Cannabis's Associations of Catalonia, welcomed the new plan. He blamed public disapproval of the clubs on “ignorance and malpractice by some associations.”

But authorities are also concerned by canna-tourism. Most Barcelona clubs cater mostly to tourists despite existing, from a legal perspective, to serve locals. Such clubs clearly violate the basic principles of the Cannabis Social Clubs, in which the members form a real club and should know each other at least casually. Some clubs in Barcelona have well over 10,000 members and operate like big, coffeeshop-style businesses, generating social unrest and controversy, especially in popular neighborhoods.

Whether politicians like it or not, Spain has become a new paradise for cannabis enthusiasts, including growers and patients, growshops and seedbanks, and clubs.

Colau’s move may simply be recognition that if Catalonia is to promote economic growth and contain youth unemployment — which in Spain is over 40 percent and among the highest in Europe — accepting cannabis businesses may be inevitable.

But time is of the essence. If the new plan is not approved by June 13, the city will return to the previous moratorium on new licenses. If that happens, more than a hundred clubs will be shut down, leaving the city to pay 14.4 million euros in compensation to club operators, according to Deputy Mayor Janet Sanz.