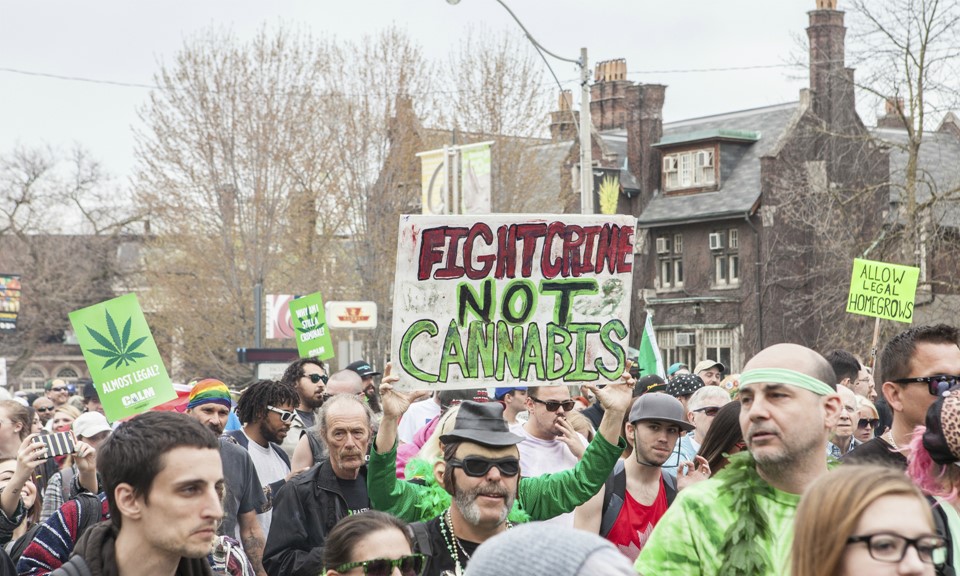 With election season heating up, a new poll has found that a majority of Americans support legalizing cannabis: 54 percent of registered voters favor legalization nationwide, according to a Quinnipiac University poll published Monday.

The attitudes split sharply along party lines: 65 percent of Democrats support legalization, while only 36 percent of Republicans do. Among independents — a coveted group, especially in the lead-up to a national election — 61 percent backed the idea. Men and women also differed in their responses; 60 percent of men said they support legalization, while women were almost equally divided. And while a majority of voters under 65 think cannabis should be legal, 57 percent of older voters oppose it.

Nearly every group, however, agreed on one thing: America’s veterans should have access to medical cannabis. At least 79 percent of every party, gender, age, or racial group agreed that Veterans Affairs doctors should be able to prescribe cannabis in pill form to veterans suffering from post-traumatic stress disorder (PTSD).

“That is the full-throated recommendation of Americans across the demographic spectrum, including voters in military households,” Tim Malloy, the poll’s assistant director, said in a statement.

“The response from voters should take political considerations out of the debate and allow doctors to do what’s best for veterans.”

Recent changes have allowed VA doctors to discuss cannabis treatment with veterans in states where medical use is legal, but more than half of states still bar possession or use for any purpose.

Attitudes on cannabis have changed rapidly in the U.S. during the past decade. In 2013, less than a year after Washington and Colorado became the first states to legalize adult use, a Gallup poll found that 58 percent of all Americans favored legalization — 10 points higher than a survey a year earlier and the first instance of majority support. (That number has since held steady; the Gallup’s most recent numbers still show 58 percent in favor of legalization.)

But while a majority of voters may favor legalization in concept, it’s harder to agree on the finer points. A number of voter initiatives have failed in recent years, and even efforts to legalize on the state level have split cannabis advocates into competing factions.

The Quinnipiac poll surveyed 1,561 voters nationwide on landline and mobile phones. It has a margin of error of ±2.5 percentage points. Participants were asked whether they thought “marijuana should be made legal in the United States,” with no other qualifications. Further results are available online.