After a brief government shutdown—and another moment of angst for the nation’s legal cannabis industry—federal lawmakers struck a two-year budget deal that preserves a key protection for state-legal cannabis.

Every time the government shuts down—which has now happened twice in 2018—the Rohrabacher–Blumenauer amendment, which prevents the Justice Department from using resources to prosecute state-legal medical cannabis, is thrown into jeopardy. Until Congress passes another spending measure—hopefully with the amendment intact—its protections disappear, removing one of the only formal protections from federal interference.

With the Cole memo gone, the situation has grown even more uncertain. Without the DOJ guidelines admonishing US attorneys from going after state-legal cannabis, any freeze on Rohrabacher–Blumenauer opens the door for federal prosecutors to crack down on the medical cannabis industry, shutting down dispensaries and seizing businesses’ assets.

“This cycle of uncertainty has to end. We need permanent protections for state-legal medical marijuana programs, as well as adult-use.”
US Rep. Earl Blumenauer

This time, after delays over a proposed amendment from Sen. Rand Paul (R-KY), the Senate failed to pass a budget before the Thursday’s midnight deadline. After a brief shutdown, the chamber eventually passed a two-year budget deal and sent it to the House, which quickly approved it. President Trump signed the bill Friday morning.

Another omnibus spending bill is slated for a congressional vote on March 23.

The upshot? Rohrabacher–Blumenauer is once again safe as part of a continuing resolution. But, as it’s been with the past four appropriations bills—the amendment’s survival is only temporary.

The congressmen behind the amendment, US Reps. Dana Rohrabacher (R-CA) and Earl Blumenauer (D-OR) have pledged to work diligently on the amendment between now and March 23. Their goal is that the amendment will be considered by the full House and eventually move to a floor vote, something that has been repeatedly denied by House Republican leadership.

“This cycle of uncertainty has to end,” Blumenauer said in a statement to Leafly. “We need permanent protections for state-legal medical marijuana programs, as well as adult-use.”

The amendment’s supporters believe they have the Republican votes to pass the amendment in the House and potentially make it part of a Department of Justice appropriations package instead of the vulnerable rider it is today.

“Hopefully we will come up with an omnibus bill that will include an appropriations bill for the Department of Justice,” Rohrabacher told Leafly. “At that point, if we can get that amendment into the DOJ appropriations bill, we will be safe until September. Then we will pass a regular piece of legislation that will prevent us from jumping through all of these hoops every year.”

Both representatives are also interested in expanding the amendment to include protections not only for medical cannabis programs but also adult-use laws.

“There is a lot of support on the amendment that wasn’t there before, ironically coming after the Attorney General Jeff Sessions rescindment announcement, for expanding Rohrabacher–Blumenauer to all adult use,” said Aaron Smith, executive director of the National Cannabis Industry Association. “We tried to do it with our congressional allies last year, and have been and continue to try to do it into the 2018 fiscal year budget to expand it.”

But while support is growing among federal lawmakers, it could still be an uphill battle, Smith said. “My prediction is that it’s probably procedurally pretty difficult to expand that to include adult use, even into the next year.” 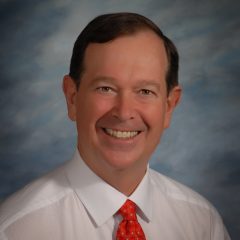