Buzzes & Bummers: 2018 Was a Wild Ride in the World of Cannabis 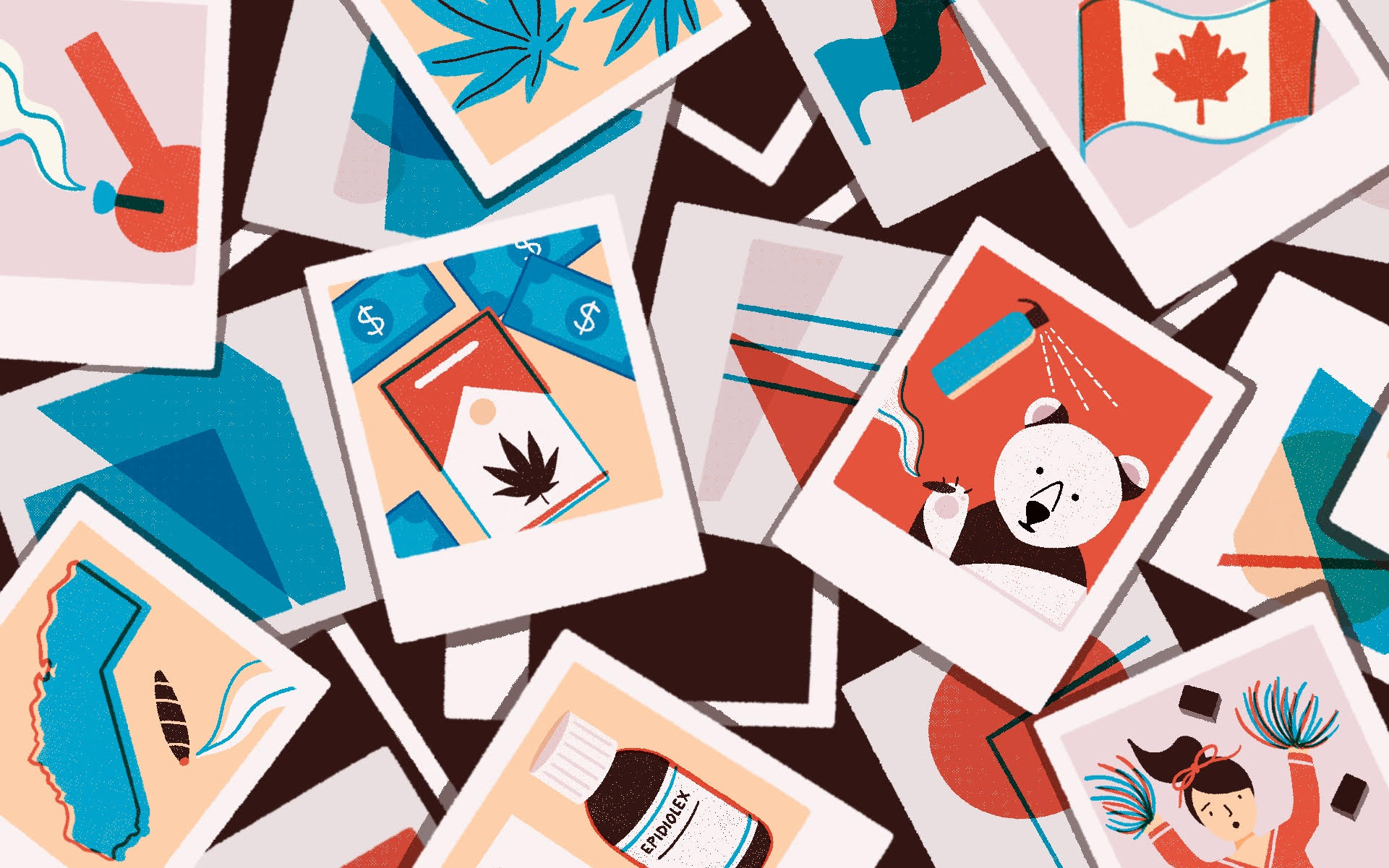 It took a whole lot of rolling (joints) and scrolling (old news feeds) to complete a thorough review of the most important, inspiring and infuriating stories about cannabis from the past year—and no doubt I still missed a few along the way. In my defense, 2018 has been a wild ride in the world of weed, a 12-month timespan which truly could be called “the best of times and the worst of times,” or perhaps just the highest and lowest of times.

My personal year in cannabis began on New Year’s Day, when I waited in line along with countless other Californians to buy some cannabis on the first day of legal adult-use sales. The fact that I was already stoned before I made my purchase would seem to indicate that it wasn’t exactly difficult to find cannabis in the Golden State prior to this momentous occasion, but that’s kind of besides the point.

Celebrate Buzzes With Cannabis Near You

And cannabis just kept getting legal-er and legal-er all year, including in Vermont, Michigan, Missouri, Utah, and the entire nation of Canada (see more below). Election Night also ushered in new, pro-legalization governors in so-far not legalized Illinois, Connecticut, Maine, Minnesota, and New Mexico, and also saw the defeat of staunch cannabis opponent Pete Sessions, who’s been blocking cannabis legislation for years.

And then you scroll a little further down and discover that the new Farm Bill is going to legalize hemp farming in the United States for the first time in eighty years (huzzah!). Or that Big Tobacco just invested $2.4 billion dollars in the weed business (fuck!). Or that Thailand is blazing a trail in Asia—where cannabis laws are often draconian and harshly enforced—by legalizing medical use (yes!). Or assholes like recently retired Speaker of the House John Boehner think that after decades of pushing prohibition they deserved to get rich off cannabis (oh, hell no!).

It’s honestly hard to know what to think these days. Perhaps my new year’s resolution for 2019 will be more rolling, less scrolling! But until then, here are the buzzes and bummers 2018 had to offer.

Less than two weeks into 2018, Vermont lawmakers gave final approval to a bill legalizing adult-use cannabis, and the governor subsequently signed it into law, making it the first state to end prohibition through the legislature rather than a direct vote of citizens.

It’s no longer a question of if Big Tobacco and the booze barons will enter the cannabis market, but rather how aggressively they’ll move in and how much market share they’ll manage to gobble up.

Neither corporate giant lifted a finger to help legalize cannabis or bring justice to the millions of people who’ve been incarcerated or had their lives disrupted as a result of prohibition.

In August, Constellation Brands (brewers of Corona beer) spent $4 billion to massively up their stake in Canopy Growth, which in 2014 became the first publicly traded cannabis company in North America, and now lists on both the New York Stock Exchange and the Toronto Stock Exchange.

And then in December, Altria (formerly Phillip Morris) made a $1.8 billion investment in Cronos, a Canadian cannabis company, which includes an option to take a controlling stake in the future. As first reported by Leafly, Altria has “over the past five years quietly patented dozens of devices that could be used to consume marijuana, a review of public documents at the US Patent and Trademark Office shows.”

Important to note: Neither corporate giant lifted a finger to help legalize cannabis or bring justice to the millions of people around the world who’ve been incarcerated or had their lives disrupted as a result of prohibition. And Altria in particular comes to the table with a long track record of corporate malfeasance, which is why they changed their name in the first place.

Is a Tobacco Giant Trying to Take Over the Vape Pen Market?

On September 6, four men burst into the Recreational Cannabis Farmers Market in Shannonville, Canada, spraying a can of bear mace and screaming “get down.” The plan was allegedly to rob the place blind, but as they say in the action movies, these punks picked the wrong dispensary.

Despite being outnumbered and taken by surprise, John Wick—the store’s clerk—reached down below the register, pulled out a borosilicate glass bong, and prepared to defend his turf. As captured in the store’s surveillance video, the four cowardly criminals were clearly no match for a good guy with a bong.

Bummer: The Cost of Legal CBD

What would you call someone who spends $32,500 a year on cannabis that doesn’t get you high? GW Pharmaceuticals will soon call them customers, because that’s how much patients are estimated to shell out for Epidiolex, a cannabis-derived treatment for seizure disorders that was approved in June by the FDA, rescheduled by the DEA in September (though only Epidiolex was rescheduled, not CBD itself) and is currently moving rapidly through phase III clinical trials.

There’s nothing to justify the sky-high price (about $90 per day) beyond the cost of research and development to win FDA approval.

Marinol (synthetic THC) has been available by prescription since 1986, and other synthetic cannabinoid drugs are in the works, but Epidiolex is the first plant-derived pharmaceutical to reach the US market. It was fast tracked through the approval process in response to parents of severely epileptic children pushing for a way to legally use CBD, after seeing it work wonders for children profiled in a 2013 CNN documentary called Weed, hosted by Dr. Sanjay Gupta.

Bringing pharmaceutical CBD to market will make it available to patients in every state (with a doctor’s prescription), allow it to be covered by health insurance, and guarantee a product that’s produced to high standards.

But there’s nothing to justify the sky-high price (about $90 per day) beyond the cost of research and development to win FDA approval and Big Pharma’s insatiable thirst for profits. No wonder GW has been working behind the scenes to lobby for a de-facto monopoly on legal CBD.

Because here’s the recipe, which includes nothing expensive:

On October 17, Canada made history by becoming the second nation (after Uruguay) to federally legalize adult-use cannabis. Leafly provided coast-to-coast coverage, and threw a party called the “Bud Drop” with a countdown to the big moment when the clock struck midnight.

We even got you ready to roll with a comprehensive list of the best Canadian cannabis strains of all time, including Island Sweet Skunk, Romulan, and Jean Guy.

John Flickner, a 78-year-old resident of Niagara Falls, New York, was evicted from his federally subsidized housing in December of this year for using a vape pen. The facility, which has a “zero tolerance” policy on “drug use” (except alcohol and pharmaceuticals) kicked Flickner to the curb in the freezing cold despite the fact that he uses a wheelchair and has a doctor’s recommendation to consume medical cannabis per state law.

All because federal law still sees him as a wonton criminal. So he ended up in a homeless shelter. Thankfully, a public outcry led his old landlords to allow him back home.

In October, as Utah citizens prepared to vote on Proposition 2, a statewide medical cannabis ballot initiative, Democratic state senator Jim Dabakis decided to head out on a fact-finding trip—in more ways than one. Claiming he’d never tried cannabis before in his life, Dabakis drove to Nevada, bought a cannabis-infused gummy, and then posted a live video feed of himself on social media as he ate the edible.

“I think the reefer madness crowd—you guys, you need to try it.”
Sen. Jim Dabakis (D-UT)

“I think the reefer madness crowd—you guys, you need to try it,” Dabakis told the world. “It’s not that big a deal.”

On election night, Proposition 2 passed with sizable majority, but instead of enacting the law as written, lawmakers in Utah signed off on a “compromise bill” that’s more restrictive than Proposition 2 but has wider political support.

Bethany Sherman, formerly the owner of OG Analytics, a cannabis testing lab in Oregon, filed a defamation lawsuit in October against online anti-fascist activists after they exposed her alleged ties to local white nationalists.

She claims that when Antifa activists publicized her posts to social media and message boards, they took them “out of context.” Then she hired an attorney to defend her who is a self-described white nationalist.

Allegations against Sherman included that she baked swastika-shaped cookies for a celebration of Adolf Hitler’s birthday (which is also, coincidentally, 4/20). The lawsuit is still pending, but in the meantime, just say no to Nazi weed and check out the real story of 4/20 for a highly inspiring tale that represents the best of cannabis culture.

In late November, Blunt + Moore, the first dispensary to get permitted as part of Oakland, California’s far reaching cannabis equity program, held their grand opening in a small, sleek retail space just across the highway from Oracle Arena, home of the Golden State Warriors.

The shop’s proprietor, Alphonso T Blunt, Jr., is a 31-year-old, fourth generation Oakland resident who started selling cannabis when he was just 16. He qualified for the equity program based on a previous felony conviction, and having lived in a neighborhood disproportionately targeted for cannabis arrests.

Blunt told Leafly’s David Downs he could never have made it into the legal industry without the program’s assistance in getting licensed and attracting investors.

“Had you asked me even a year ago, I thought it wouldn’t happen. I can’t even put into words how it feels.”

But reviews of the equity program have been mixed, with critics arguing it so far has a disappointing track record for actually bringing equity-approved businesses online.

The effort has meanwhile inspired other municipalities and states to follow suit. In September, California passed a statewide Cannabis Equity Act, and undoing the damage of the War on Drugs has now become a standard part of the legalization conversation around the world. 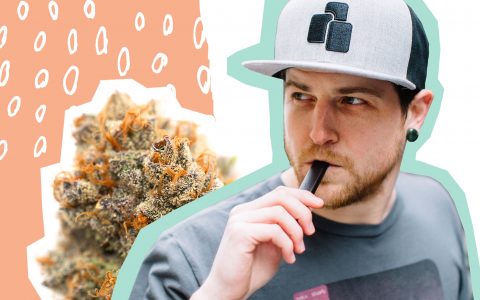 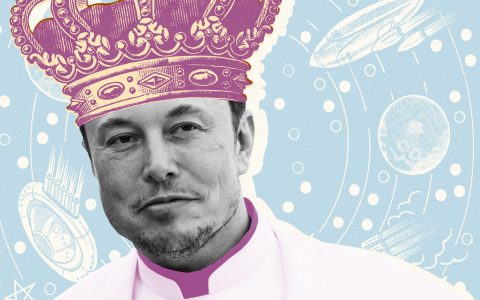 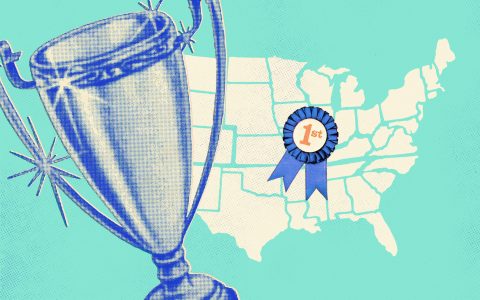 The Best Cannabis by State in 2018