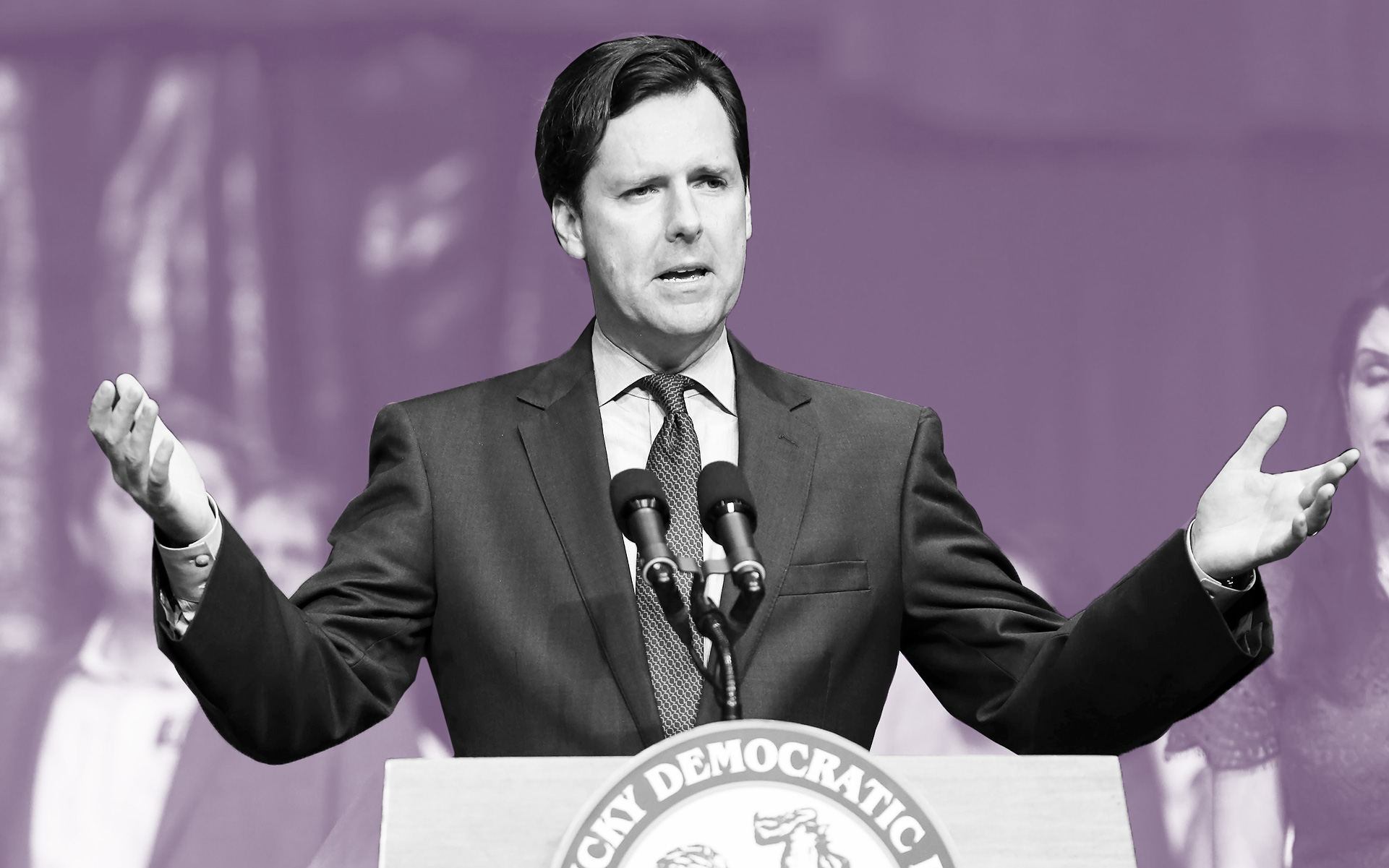 Under Adam Edelen's plan, possessing up to a half-ounce would result in a fine, not arrest.

Edelen’s plan stops short of fully legalizing marijuana. He had media events in Louisville and Lexington, the state’s two largest cities, during the day to announce details of his proposal. It’s the latest in a series of progressive stands taken by the former state auditor.

Edelen said his plan aims to reduce taxpayer-backed incarceration costs. Under his proposal, people could face civil fines but not be charged with a crime for possessing less than half an ounce of cannabis for personal use.

“It’s time that we stop spending millions locking people up and tearing apart families as punishment for recreational marijuana use,” Edelen said in a statement. “We need modern laws that reflect our modern world, and that means that no one should be held in jail for weeks or be forced into a criminal justice system that limits their potential just for having a small bag of marijuana.”

Edelen estimates his plan would save the state $15 million a year, money he would shift into treatment and recovery programs for people addicted to powerful opioid painkillers.

Edelen also called for automatically sealing past criminal convictions that would no longer constitute crimes under his new guidelines. Tens of thousands of Kentuckians have cannabis possession convictions on their permanent records, and he said non-violent, non-repeat offenders shouldn’t continue to have their lives dogged by those convictions.

Edelen pointed to a study showing that enforcement of cannabis laws fall disproportionately on racial minorities in Kentucky. The 2013 report showed that black Kentuckians were six times more likely to be arrested for cannabis charges during traffic stops than whites, despite nearly equal rates of use, he said.

Edelen was already an advocate for legalizing medical marijuana, an idea that has stalled in the Kentucky legislature.

A bipartisan bill to legalize medical marijuana was overwhelmingly approved by a Republican-led House committee last month, but made no further headway before lawmakers ended their legislative session.

Kentucky has been at the forefront nationally in the comeback of hemp — marijuana’s non-intoxicating cousin — as an agricultural commodity. The crop was historically used for rope but has many other uses, including clothing and mulch from the fiber; and hemp milk and cooking oil from the seeds. Hemp-derived cannabidiol, or CBD oil, has become increasingly popular as a health product.

Edelen has staked out progressive stands in a state that has tilted decidedly toward conservative Republicans in the most recent elections. He’s endorsed a statewide smoking ban in most workplaces—a sign of the evolving tobacco politics in a state once dominated by the cash crop. And he has become a champion of alternative energy, especially solar, in a coal-loving state.

Kentucky is one of three states that will elect governors in 2019, along with Louisiana and Mississippi.