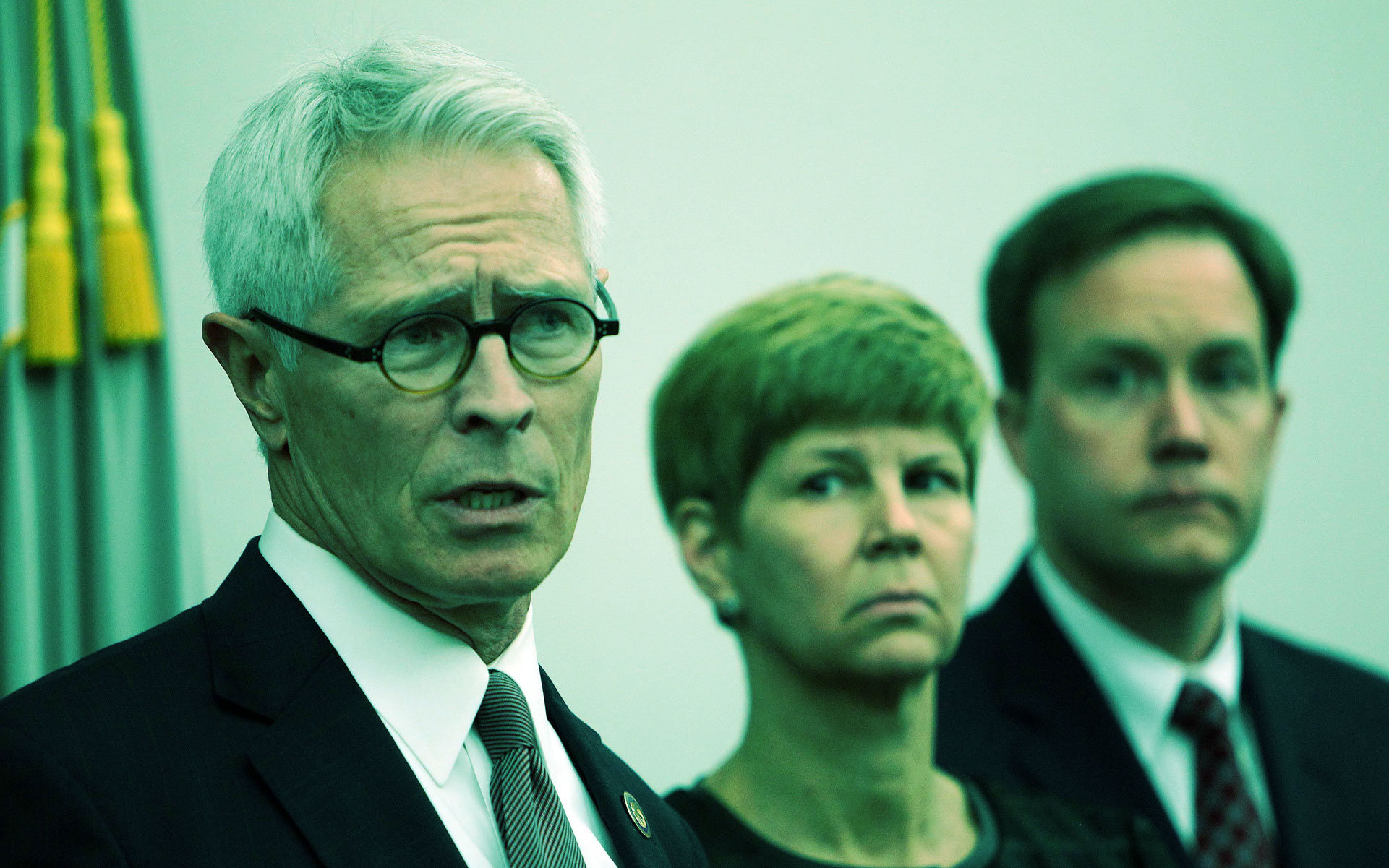 Barry Grissom, former U.S. Attorney for the District of Kansas, speaks at the U.S. District Court in Concord, N.H. on Monday, Dec. 2, 2013. (Jim Cole/AP Photo file)
TOPEKA, Kansas — A former federal prosecutor who’s been an executive in a company that invests in medical marijuana has launched his campaign as a Democratic candidate for the U.S. Senate in Kansas.

The Kansas City Star reports that Kansas City-area attorney Barry Grissom entered the race Monday after months of hinting that he would run. Four-term Republican Sen. Pat Roberts is not seeking re-election in 2020.

Grissom served as U.S. attorney for Kansas from 2010 to 2016 as an appointee of Democratic President Barack Obama. He has since served as corporate counsel and a vice president for Nevada-based Electrum Partners, the cannabis-focused investment and consulting firm founded by Leslie Bocskor.

Grissom jumped into the race after state Sen. Barbara Bollier said she may seek the Democratic nomination. Bollier won her Kansas City-area district as a moderate Republican and switched parties last year.