Will NJ Gov. Chris Christie Approve Cannabis for PTSD? He Might Not Have To 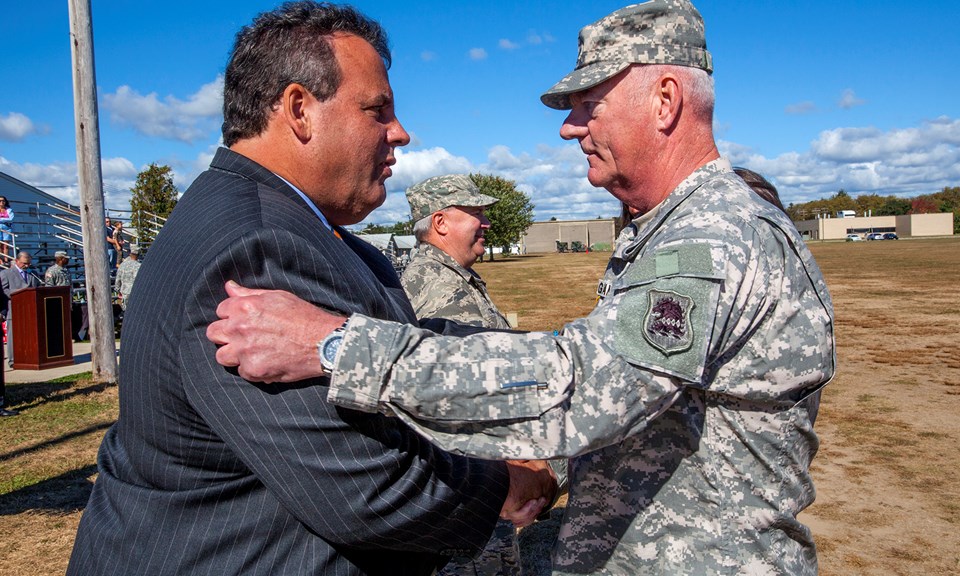 A bill currently on the desk of New Jersey Gov. Chris Christie's would add PTSD to the state’s list of qualifying conditions for medical marijuana. The measure passed both chambers of the state Legislature with broad bipartisan support, but Christie's record on cannabis is so abysmal that the bill's prospects are still up in the air.

A quick breakdown of the vote in the Legislature revealed:

These nuggets suggest a few things. First, the Republican Party is making baby steps toward matching the Democrats’ near-perfect voting record on MMJ bills in Trenton. And second, there’s a big difference between how male and female lawmakers are looking at the bill.

We’ll save the hypothesizing for the social scientists, but at least one assemblywoman said her vote was inspired by personal experience.

"My personal views on marijuana for medical use has evolved through my own medical journey," Assemblywoman Holly Schepisi told Leafly, referring to a life-threatening brain aneurysm she suffered last spring. Schepisi, a three-term Republican from Bergen, New Jersey’s most populous county, is on a growing list of GOP lawmakers in the state embracing marijuana reform.

"Plenty of pharmaceuticals are good but many are not good, with serious side effects,” Schepisi said. “So if we have a substance [medical cannabis] that's effective for PTSD, especially in lieu of an opiate-based option, I have no issues with further expanding New Jersey's medical marijuana program to include PTSD."

But Schepisi emphasized that her preference "rather than a piecemeal [legislative] approach, is to defer to doctor's discretion.”

It was a sentiment shared by her Senate colleagues.

"Historically, [Gov. Christie] has been reluctant to make any changes” to New Jersey’s medical marijuana program, state Sen. Joe Vitale (D-Woodbridge) told Leafly. Vitale's not a fan of the current incremental approach, but as long as Christie's in office, he said, "we're stuck with a piecemeal approach to increase access. Most doctors know a variety of issues can be treated with medical marijuana that aren't on the list” of qualifying conditions.

Christie's term ends January 2018. And unless Bridge-gate finally sinks Christie's battleship, cannabis advocates are stuck with him until then. (Given last week's not-so-shocking revelations that Christie has been lying about Bridge-gate this whole time, it's entirely possibly he won't finish his term.)

The best case scenario — that the governor signs the bill into law — is also the least likely. Based on his track record, I would be astonished if Christie actually signed the bill. He could also veto the bill, setting up a potential veto-override scenario in the state Legislature. Again, long odds: During Christie's time as governor, the legislature has overridden exactly none of his vetoes.

The most likely scenario is that Christie ignores the bill and lets it die on the vine, a so-called pocket veto. That would enable him to avoid any PR blowback. But might the broad (and growing) support from the state GOP convince the Republican governor to sign?

"Look, we've seen bills with 100 percent GOP support go down," Schepisi said. "The governor has strong views about this, and it'll come down to what he believes."

According to Senator Vitale, who chairs the powerful (and very relevant) Senate Health Committee, it might not matter what Christie does.

"The Department [of Health] already has the authority to make changes to New Jersey's medical marijuana program,” Vitale said. “New Jersey’s medical marijuana law already allows the department to establish which illnesses can be treated. It's clear to me they could make the regulatory change if they so choose."

He's right. Given the governor's many distractions, maybe the department will (finally) find the space to do just that.