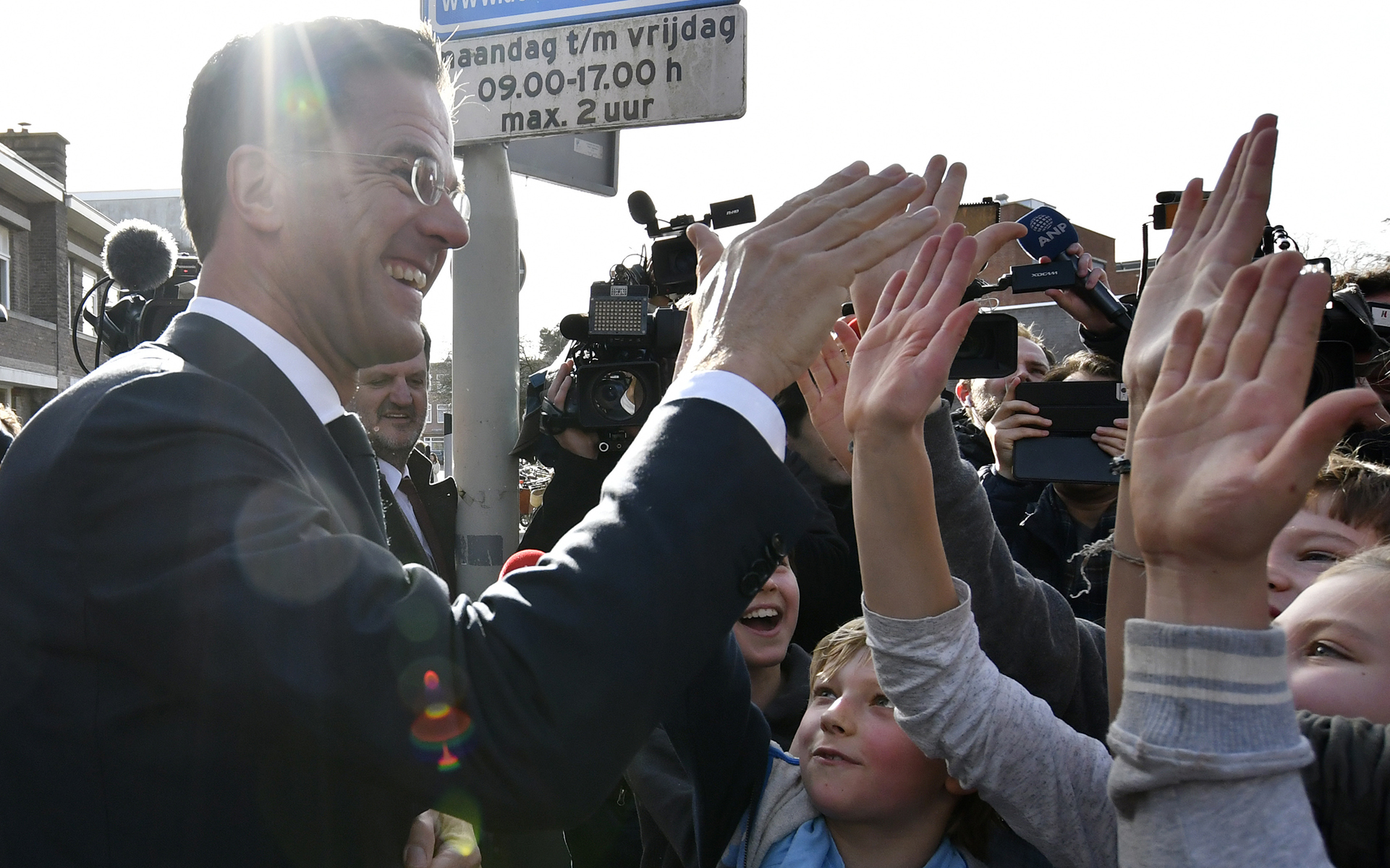 Dutch Prime Minister Mark Rutte gives 'high five' to children after casting his vote for the Dutch general election in The Hague, Netherlands, Wednesday, March 15, 2017. (AP Photo/Patrick Post)
After months of worry that far-right candidate Geert Wilders might pull off a Trumpian upset, voters in the Netherlands this week kept the country’s centrist majority largely intact and held Wilders and his party at bay.

Advocates for cannabis tolerance breathed a sigh of relief at the showing for the notoriously anti-cannabis Wilders. But pro-cannabis advocates lost a bit of ground in the election, and no longer have a pro-cannabis parliamentary majority. If the country’s commercial cannabis cultivation proposal is to gain traction in the next lawmaking round, the cannabis caucus needs to grow.

Dutch cannabis advocates breathed a sigh of relief at the election results.

The vote represented a victory for Prime Minister Mark Rutte (pictured above), who will now initiate talks to form a new coalition government. The pro-European orientation of Holland looks safe for now, but the legalization (it’s known as “tolerance” among the Dutch) of commercial cannabis cultivation is by no means a sure thing.

The second, or lower, house of parliament lost its erstwhile pro-cannabis majority as a result of Wednesday’s elections. In the first or upper house—where no seats are changing during this lower-house election cycle—the cannabis effort is a few senators short of a majority.

The outgoing Dutch lower house knew it could lose its slim majority of members who are in favor of regulating commercial cultivation for recreational use. That has now happened.

“It’s a mess like always in Holland, it’s a grey zone all around,” said Derrick Bergman, Chairman of VOC, the Dutch Union for the Abolition of Cannabis Prohibition. “We didn’t get a clear win for pro-regulation,” Bergman added.

Perhaps foreseeing the impending loss of their slight majority, on Feb. 21, in a final major vote of their term in parliament, the Dutch lower house approved Europe’s first quasi-legalization bill. That bill which would allow commercial cultivation for recreational purposes, now moves on to considertion by the upper house. The bill aims to eliminate the legal gray zone cannabis producers are in—despite the country’s reputation, all cultivation remains technically illegal—and bring them into the fold with hundreds of coffeeshop owners and thousands of customers who already enjoy ‘tolerated’ activities.

Any talks of a possible Dutch coalition government are expected to include the upstart party Democrats 66, which was the driving force behind the cannabis-majority in the lower house. Yet to win a place in a coalition government, the party may have to sacrifice cannabis regulation in the coalition policy program.

Alexander Pechtold, D66 leader in the lower house, recently told reporters that cannabis regulation doesn’t need to be in a coalition policy program. He said D66 and other centrist parties could eliminate potential coalition infighting and roadblocks by allowing the bill to move through parliament and be enacted into law without requiring the new cabinet to take a formal position on the issue.

Don't call it legalization in the Netherlands. It's 'tolerance' and 'regulation.'

But they don’t call it legalization, it’s regulation. And the Dutch authorities won’t issue cultivation licenses; instead they’ll provide ‘Condoning Permits’ that will be necessary for commercial cultivation.

The Dutch use such language to avoid falling foul of U.S.-created international treaties that don’t allow a legal adult-use cannabis trade.

If the Dutch cannabis caucus finds a few more votes in the senate, this legally tolerated recreational cultivation regime could see the light of day. It would be subject to political review after several years.

The upper house has scheduled a date to meet and select a date to discuss the cannabis regulation bill, and VOC’s Bergman said the bill could be on the senate agenda within half a year.

He added that the cannabis coalition simply needs support of a few additional senators for the bill to leave parliament for the King’s signature.

However, some senators are wary of a large commercial sector controlled by a few dominant companies. It looks like at least one powerful lobbyist is trying to create a market with a few big players instead of many smaller growers.

An in-depth Dutch television news report on challenges facing the sector can be found here starting at 14:32.

Sean Carney is Leafly’s Europe editor. In the 10 years prior to joining Leafly, he was a reporter for The Wall Street Journal, where he initiated coverage of central European drug policy and of the cannabis industry.

Cannabis in the Netherlands 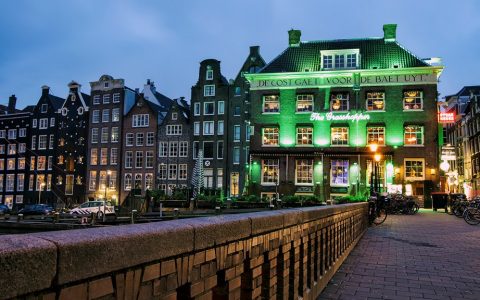 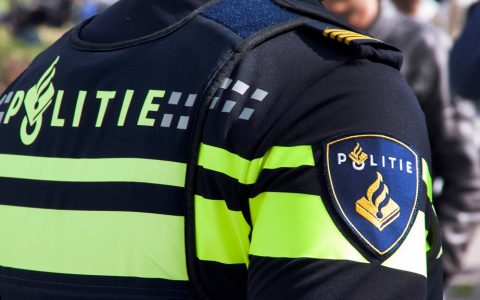 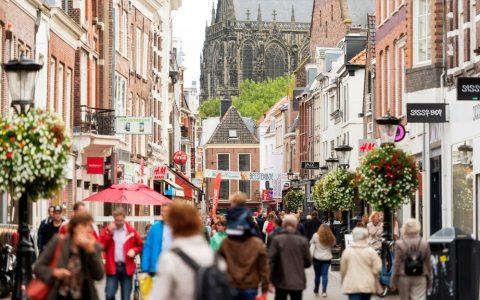