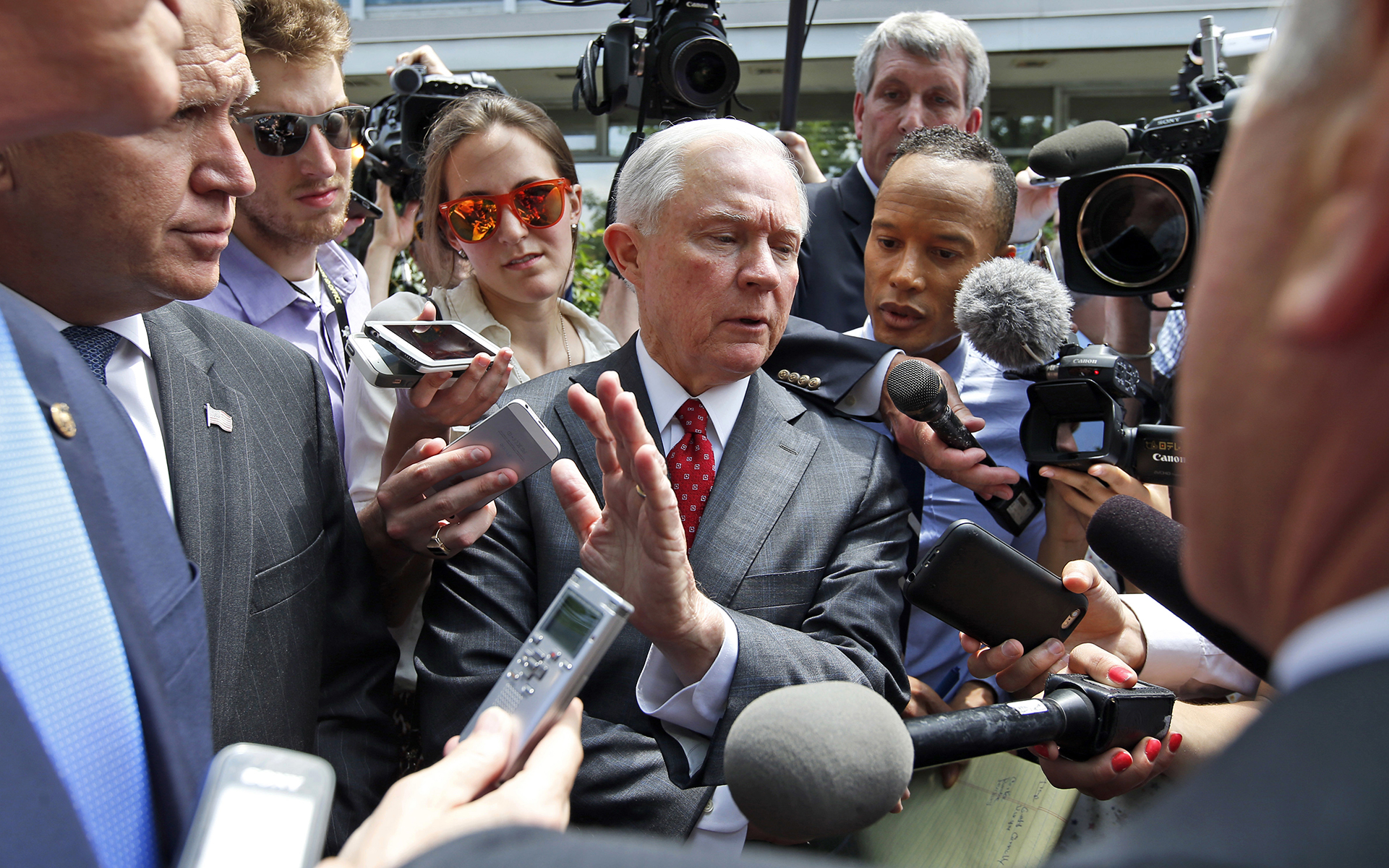 Then-Sen. Jeff Sessions speaks with reporters after a meeting with Republican presidential candidate Donald Trump and the Senate Republican Conference on July 7, 2016. (Alex Brandon/AP)
US Attorney General Jeff Sessions announced Thursday that he is rescinding the Cole memo, an Obama-era Department of Justice guideline that set a policy of federal noninterference with state-legal cannabis. While the move itself doesn’t trigger any immediate legal action, it’s a sign that the federal prosecutors may intend to ramp up legal actions against cannabis businesses in legal states.

We’ve tried to answer a few of the most common questions about what Sessions’ move might mean. Do you have others? Let us know in the comments. We’ll be updating this page as the situation develops.

Does This Mean the End of Legal Cannabis?

No. Take a deep breath. The sky is not falling. Sessions’ action today rescinds a Department of Justice policy guideline, not a law. Essentially, the move tells federal prosecutors across the country that DOJ no longer officially opposes them interfering with legal cannabis.

“I think this is an attempt to suppress the growth of the industry, not to kill us.”
Steve DeAngelo , Harborside co-founder

Worrisome? Absolutely. The end of legalization? Let’s not get ahead of ourselves.

In Oakland, Harborside co-founder Steve DeAngelo, who in 2016 successfully fended off a yearslong federal enforcement action, said he sees Sessions’ move as a way to slow what’s been a rapid rollout of legal cannabis. “I don’t think this is a big deal,” he told Leafly. “I think this is an attempt to suppress the growth of the industry, not to kill us. It is more of a delaying tactic than a knife to our throat.”

Most likely, nothing will happen immediately. While undoing the Cole memo opens the door to federal interference with state-legal cannabis programs, Sessions’ move itself doesn’t trigger any legal action.

If there is any sort of crackdown, the first actions would likely come from individual US attorneys, who oversee federal prosecutions in their respective jurisdictions. Their offices could file civil or criminal actions against state-legal cannabis businesses (or their landlords) in an effort to shutter the businesses.

Why Is Sessions Doing This?

It’s no secret that the attorney general is opposed to cannabis. He’s derided its use in medical treatment and said that “good people don’t smoke marijuana.” He’s claimed that cannabis could make the national opioid epidemic worse despite evidence that opioid use actually decreases in legal states. But for the past year or so, Sessions has been more talk than action.

Part of the motivation behind his decision to rescind the Cole memo on Thursday could be to chill cannabis activity in state-legal markets. Sessions has formally criticized programs in adult-use states, yet legalization keeps stubbornly spreading, fueled by broad public support from liberals and conservatives alike. Las Vegas launched legal adult-use sales in July, and California opened adult-use retail stores to significant fanfare on New Year’s Day. Sessions may be trying to steal those states’ thunder.

Are There Other Federal Protections?

For now, yes, but not many. The Rohrabacher–Blumenaur amendment, a provision included in a federal spending bill, currently prevents the Justice Department from spending resources to prosecute state-legal medical marijuana. But the measure doesn’t offer any cover for adult-use cannabis, and it’s only in place until later this month; Congress will need to renew that protection for it to continue. It’s possible, however, that Sessions’ reversal of the Cole memo could actually encourage congressional representatives to take further action to safeguard state-legal cannabis.

What Can Be Done?

After last year, you’re tired of hearing this, but: Call your representatives in Congress! Tell them to support measures that protect states’ rights to regulate cannabis as they see fit. Encourage them to support renewing the Rohrabacher–Blumenauer amendment—and while you’re at it, tell them to expand its protections to adult-use cannabis. While federal legalization remains a controversial issue for many politicians to get behind, there’s significant public support for leaving regulation to the states.

Contact information for members of the Senate and House of Representatives is available online.

Do State Officials Have to Hand Over Licensing Records?

Good question. Names of state-licensed cannabis companies, locations, and principal owners are already matters of public record. See: California’s Cannabis Control Bureau website. Any federal DEA agent can see the information just as easily as you or I can.

Leafly’s Peter Hecht put the question to San Francisco cannabis attorney Matt Kumin. Kumin said the Justice Department can indeed take advantage of public information on cannabis businesses, including licensing information, and can be expected to subpoena state tax and sales records on individual cannabis businesses, which are not public.

Does This Affect Banking?

No, not directly. The US Treasury Department’s 2014 policy guidance on banks and credit unions that do business with cannabis-related companies remains unaffected by today’s Justice Department move, as far as we can tell. That guidance can be found here.

Leafly’s Cannabist Capitalist columnist, Alan Brochstein, reminded us this afternoon that the Financial Crimes Enforcement Network (FinCEN), which issued the guidance to banks, is part of the Treasury Department, not the Justice Department. Jeff Sessions has no say in Treasury policy.

Although the FinCEN guidelines remain in place, today’s move by the Justice Department will undoubtedly cause some financial institutions to take a hard look at their current politics and relationships with cannabis-related companies.

As of July 2017, FinCEN reported that 296 banks and 94 credit unions were providing banking services to marijuana-related businesses: 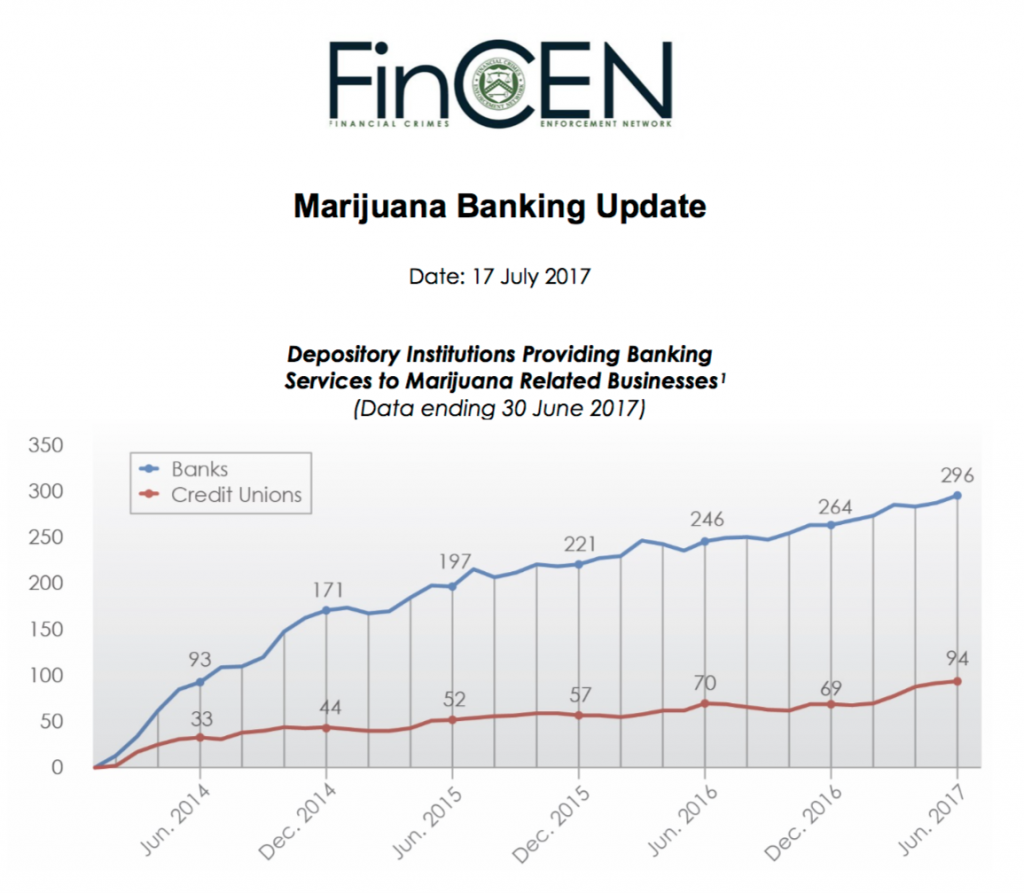 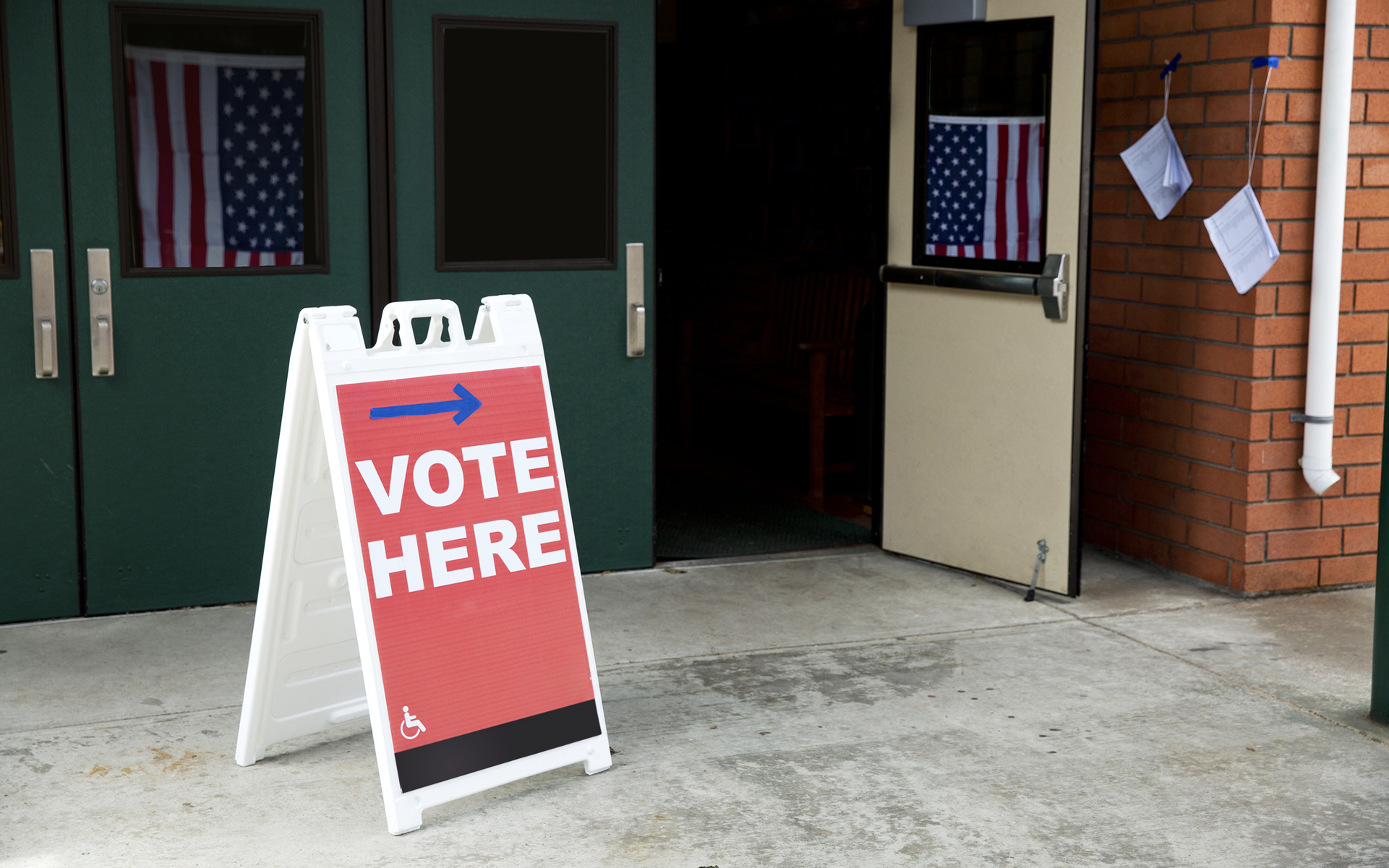 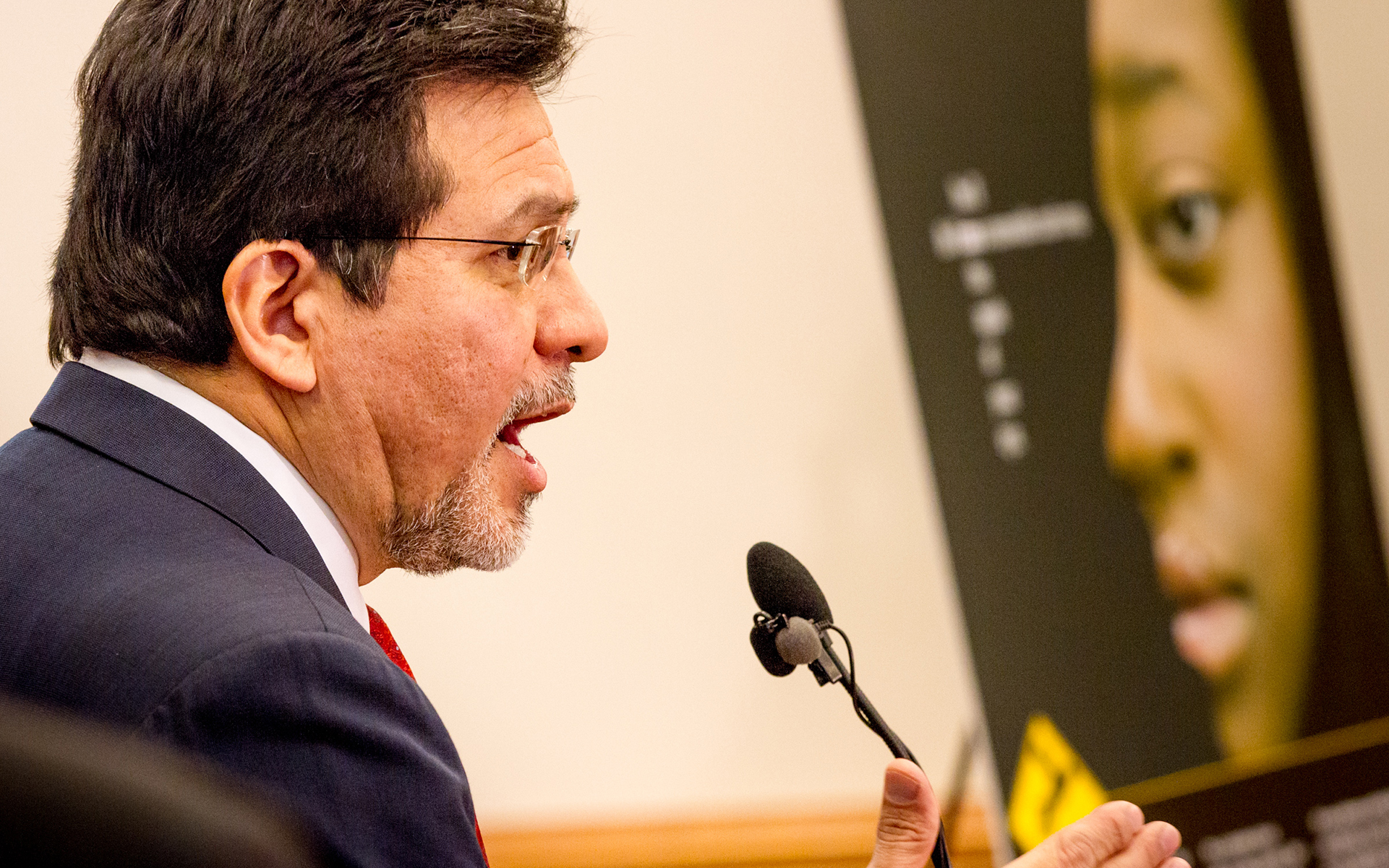 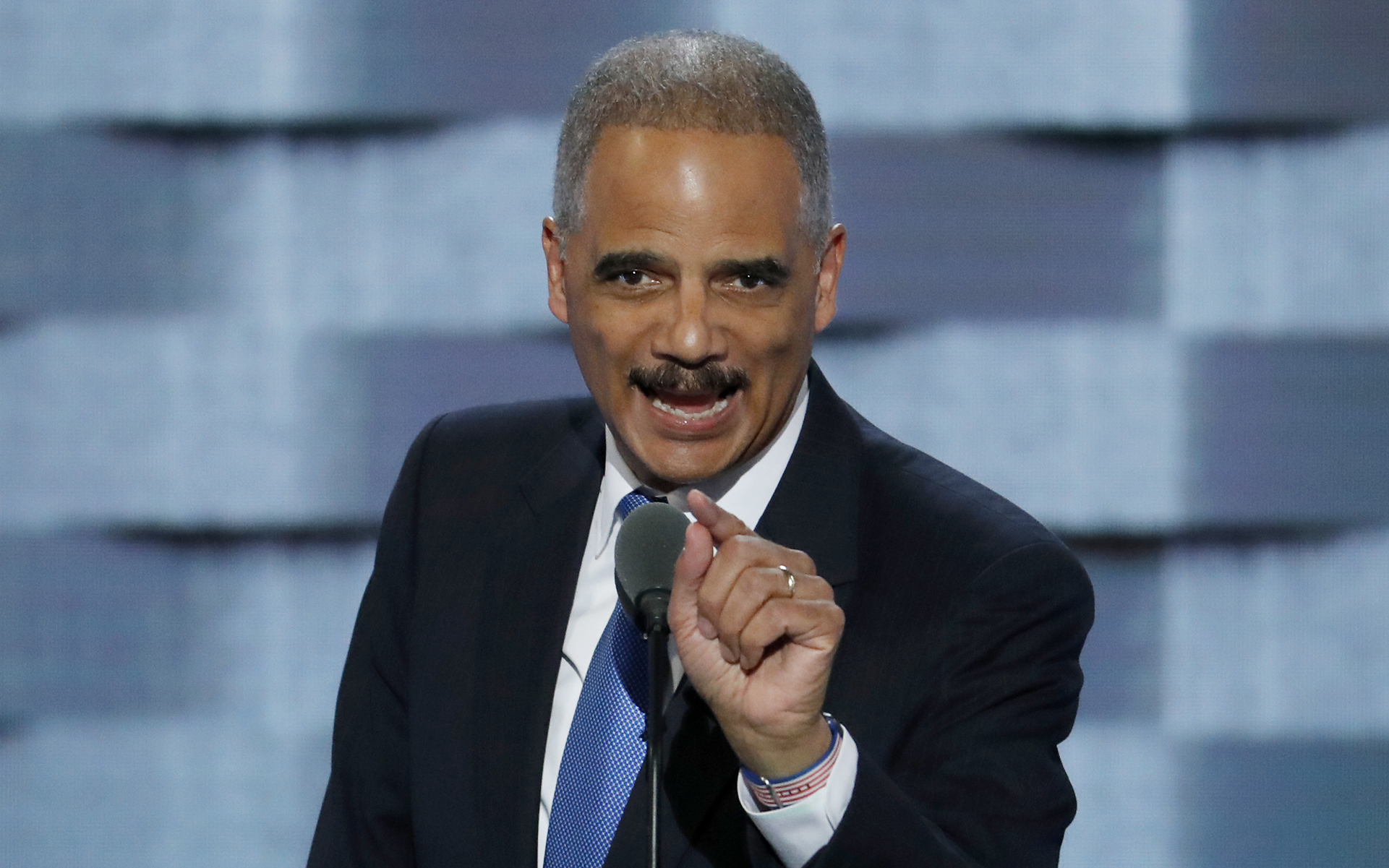 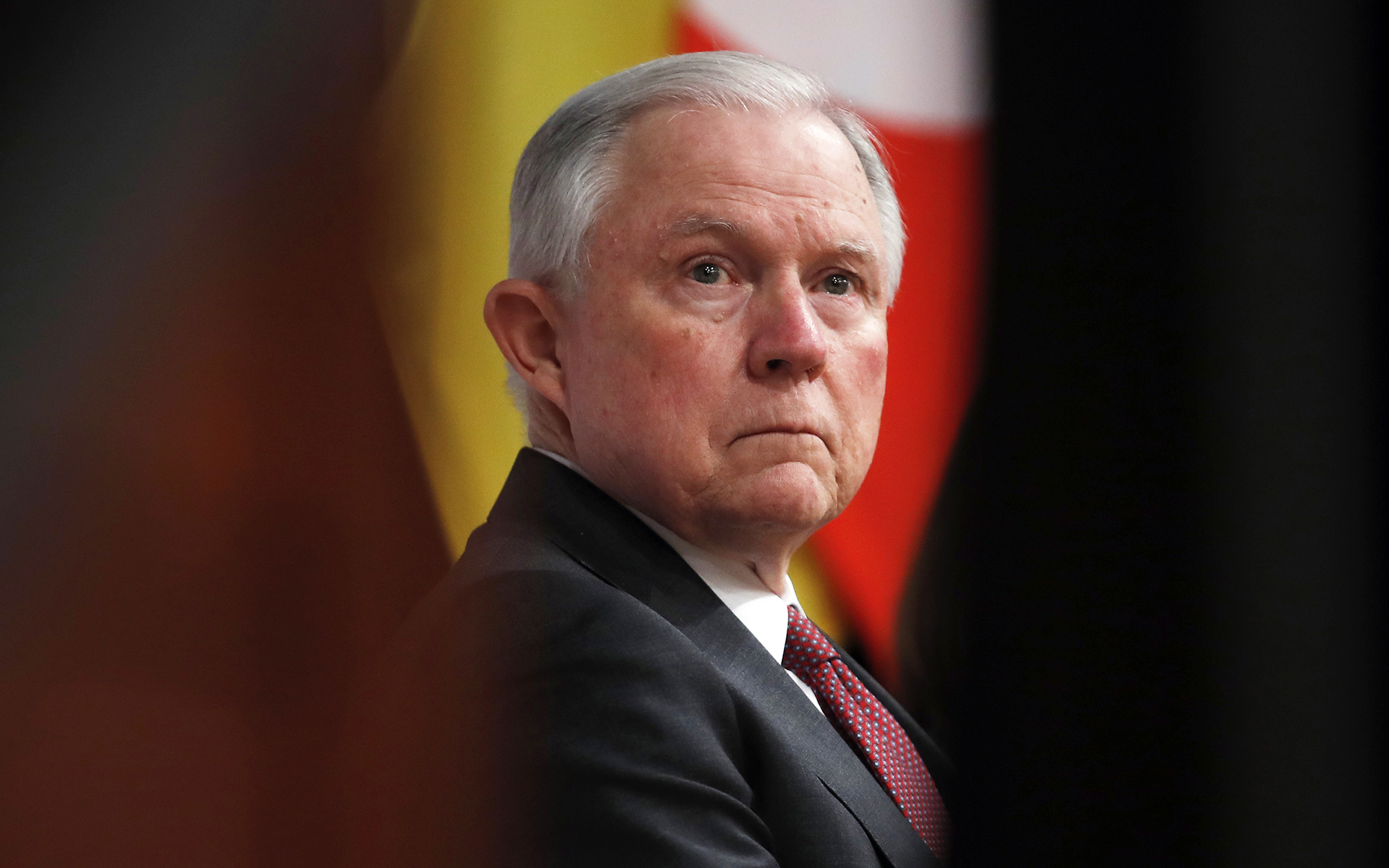