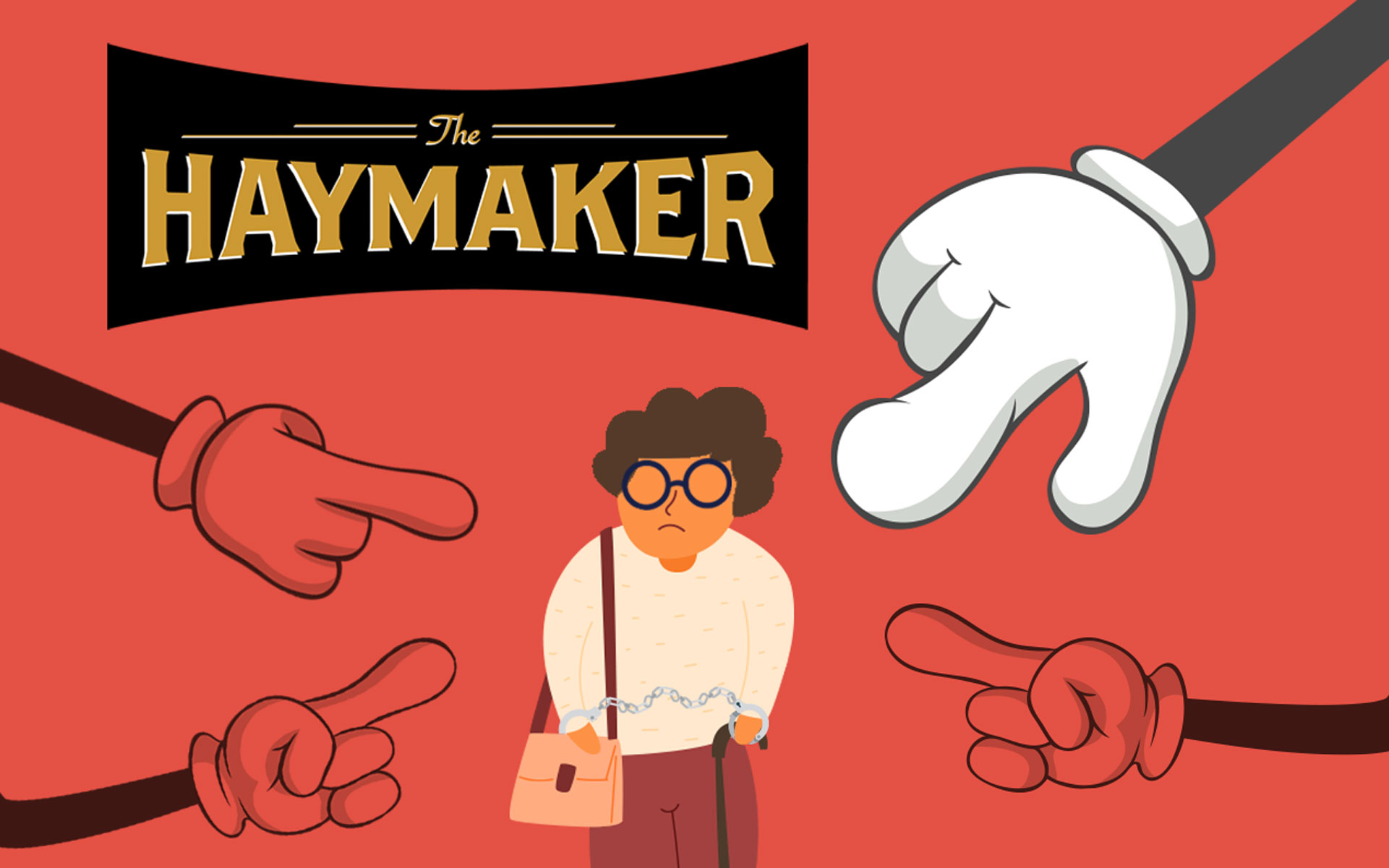 When Disney World security found a bottle of CBD in grandma's purse, they called the cops. Who does that?!? (Symkin, bortonia, Tetiana Lazunova/iStock)

Hester Burkhalter is my new hero.

Burkhalter is the 69-year-old North Carolina great-grandmother who was arrested last month at an Orlando Disney World security checkpoint after a guard found a small bottle of CBD oil in her purse.

Cops in Orlando opened a new front in the CBD wars when they arrested this badass great-grandmother at Disney World.

Instead of returning grandma’s arthritis medicine to her purse, like a decent person, the guard alerted the Orange County Sheriff’s Office. Deputies came a-running.

Burkhalter began her morning expecting to enjoy the Magic Kingdom with her family. Instead she spent 12 hours experiencing all the pleasures the Orange County Jail has to offer. Prosecutors ultimately dropped the cannabis possession charge against her, saying the case wasn’t suitable for prosecution.

Before she left Orlando, though, Hester Burkhalter laid down one of the greatest mug shots I’ve ever seen. 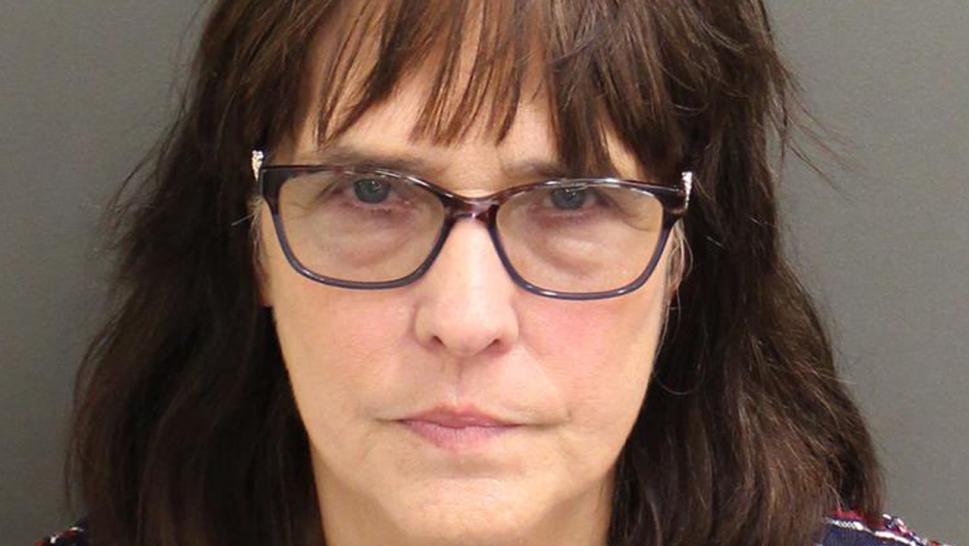 Hester Burkhalter, 69, gives the Orange County Sheriff’s Department a healthy dose of F-you in her mug shot. She’ll see you in court, Orlando.

Smile for the Camera

That is one badass great-grandma. Giving the camera nothing but Blue Steel, pursed lips, no apologies, ready to rip the entire county a new one. And she will—Burkhalter has hired Benjamin Crump, the high-profile lawyer who represented Trayvon Martin’s family. A multimillion-dollar lawsuit is expected to be filed within days. Her gaze at the camera says: I am not wrong.

I wish Hester Burkhalter’s case was an outlier. Sadly, it’s not. The only reason she made the national news is because she was arrested at Disney World.

There are plenty of other grandmothers, aunts, uncles, cousins, fathers, mothers, sons, and daughters being arrested for CBD possession who don’t have the option of retaining the services of Benjamin Crump.

Back in December, when Congress ended the federal prohibition of hemp via the farm bill, we here at Leafly worried about the fallout. Hemp is legally defined as cannabis containing less than 0.3% THC, which means it could register as marijuana on a law enforcement field test. Would drivers of delivery trucks loaded with hemp get arrested as drug smugglers? Would people seeking pain relief with hemp-derived CBD get popped for “cannabis oil” possession?

The answer: Yes they would. The cases are piling up:

I could go on. (I haven’t even touched on Texas. Hoo boy.)

Well, Is It Legal or Illegal? Yes.

In 2019, we’re living through a transitional phase. Psychologists would call it a liminal state between legality and illegality. It’s a period in which hemp-derived CBD is simultaneously allowed nationwide and prohibited locally.

Today, CBD oil is legal as lemonade in Rapid City, but it’s a felony in Sioux Falls.

Those laws are so confusing that they can vary wildly even within a single state. In South Dakota’s Pennington County, the prosecutor recently declared that he would not prosecute any CBD cases because the products “are not scheduled and are not marijuana under our statutes.” Meanwhile, last month in Minnehaha County, police arrested 57-year-old Bernard Davis, a visiting Alaskan, for having a small bottle of CBD oil in his carry-on bag at the Sioux Falls Regional Airport. So basically, CBD oil is legal as lemonade in Rapid City, but it’ll earn you a felony charge in Sioux Falls.

A number of state legislatures have attempted to deal with the new reality thrown at them by the farm bill. Louisiana, among other states, recently tried and failed to agree on regulations surrounding hemp and CBD. In other states, like South Dakota, the British company GW Pharma has successfully lobbied to keep CBD illegal while creating a loophole for its own FDA-approved CBD product, Epidiolex. (For what it’s worth, that’s the exact position the DEA has taken on CBD extracts: Epidiolex is now Schedule IV, while all other extracts remain Schedule I.)

As we wait for state laws to catch up to the federal farm bill, it falls on individual police officers to carry out the most single most important part of their job: exercising discretion and common sense.

Here's a tip, officer: Read a damn newspaper. Take five minutes to learn what CBD is.

Many of the cases cited above made news because the officer on the scene simply hadn’t taken the time to read up on CBD and hemp. They went into robocop mode: If the oil smells like weed, cuff ‘em and book ‘em.

Here’s a tip, officer: Read a damn newspaper. Keep up on what’s happening in the world. Take five minutes to learn what CBD is and how it differs from marijuana. And put that knowledge into action. Police exercise discretion and judgment every minute they’re on the job. Some drivers get warnings, others get tickets. Some beer-drinking kids get sent home to their parents, others get taken to juvie. (The well-documented racial inequities that result from this discretion is a national outrage, of course. But that’s a column for another day.) When cops throw up their hands and say “I don’t write the laws, I just enforce them,” they’re lying.

Sadly, the substance we’re dealing with here is a form of cannabis, and police departments have spent the past 80 years treating people who possess cannabis as if they’re street thugs preying on grandmothers. That’s a lot of institutional culture to combat. But it’s got to happen. Because in 2019, the police are now the ones preying on the grandmothers.