How the NFL Enabled the ‘Gas Mask’ Fiasco 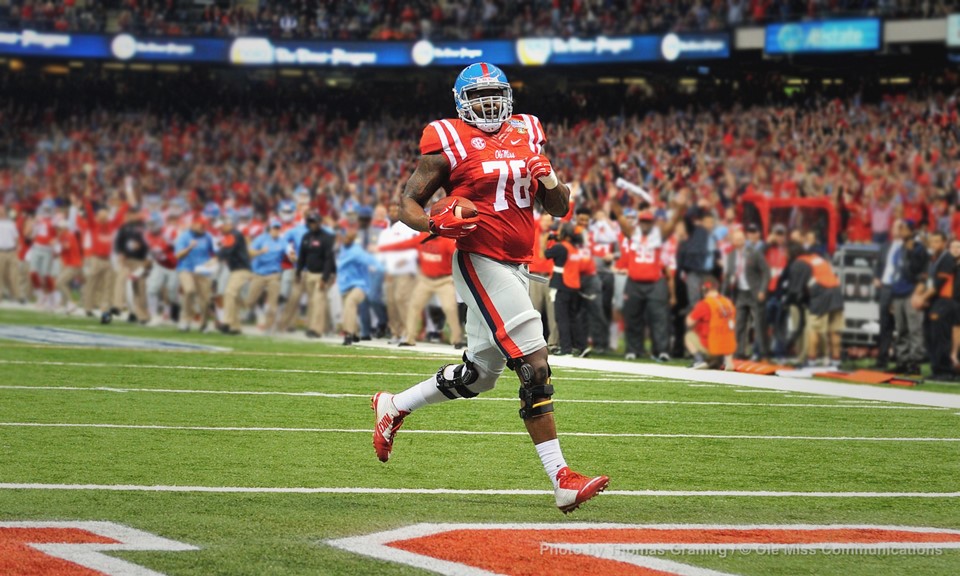 Two members of Japan’s junior national snowboarding team are alleged to have gotten stoned while visiting Colorado last December. You might have missed this story when it broke last week. Because it wasn’t much of a story at all.

The zany thing is what happened when the snowboarders got home. First, these amateur athletes had to submit to hair testing, which I am ashamed to admit I didn't know was a thing. The results gave away their partying, and last Wednesday they were suspended from the national team. The Snowboarding Association of Japan (SAJ) also announced that the athletes’ hopes for participating in the 2018 Olympics in Pyeongchang, South Korea, are now in jeopardy. Fumikazu Hagiwara, the head of SAJ snowboarding, resigned. Presumably in disgrace.

Learning of the Japanese suspensions turned me into one smug African-American. To paraphrase a colleague, if you send a team of snowboarders to Colorado, what do you think is going to happen? But sport allowed me just 48 hours to enjoy those feelings of superiority. After two days of condescending looks to the East, toward a nation whose reluctance to pair cannabis with reason felt almost embarrassing, the National Football League hit me up with some good old-fashioned American shame.

By now you’ve heard plenty about the gas mask bong kid. University of Mississippi offensive tackle Laremy Tunsil had been projected as a top selection in the NFL draft—possibly as high as No. 3. On Thursday night, minutes before the former SEC standout was expected to be chosen, a 30-second video of him smoking cannabis out of a gas mask bong appeared on his Twitter account. Tunsil’s draft stock crashed. The news broke live on ESPN. The Chargers, who had the No. 3 pick, passed on Tunsil in favor of a defensive end from Ohio State. Pick No. 4 came and went. And No. 5. Tunsil remained untaken. Other digital shenanigans ensued, and Tunsil tumbled to the Miami Dolphins, who took him with the 13th overall pick.

How much did that hacked video cost Tunsil? Consider this. In 2015, the third overall pick walked away with a $38.8 million contract. The No. 13 pick got a package worth $18 million. So those 30 seconds may have cost Tunsil $20 million.

The Japanese come off as naïve. The NFL just seems downright mean.

At least Japan can fall back on the excuse of cultural ignorance. Ain’t no legal dispensaries on the entire continent of Asia. The overreaction is almost adorable. Almost.

What happened to Tunsil — a college freshman when the stoner video was taken — is a whole different level of transgression.

Over the weekend, news came out that the football player was the target of hangers-on aiming to drain him. Like so many of the young people who make up the NFL’s workforce, Tunsil came from a hardscrabble background. One of the people suspected of hacking Tunsil’s Twitter is an actual relative. The leading theory is that Tunsil was hacked in order to damage his market value. But that couldn’t have been done without the assistance of the NFL, a league whose misguided and, yes, downright mean policies left Tunsil vulnerable to this attack.

The most powerful league on the planet has a habit of dealing harshly with cannabis users. See Josh Gordon, the best wide receiver you probably haven't actually seen. (Because he’s been on perpetual pot suspension for the past few seasons.) Some of you remember the great Ricky Williams, and the character assassination that accompanied his cannabis kinship. The street criminals who went after Tunsil, a rookie, could not have accomplished their $20 million heist without being enabled by the NFL’s outdated and draconian cannabis policy.

The hypocrisy of pro football in America is almost too deep to dive into. How it uses colleges as unpaid minor leagues — leagues that happen to earn billions, but not for the players — in itself puts the NFL in a morally compromised position. For now, let’s skip the bodily harm and the brain damage. For a league to be doling out heavy pot punishments (fines, multi-game suspensions, and draft shunnings) when old pros have been dying from the pharmaceuticals all but poured down players’ throats is beyond despicable. At this point the league isn’t just tone-deaf to the world’s changing attitude about cannabis. Commissioner Roger Goodell and the team owners are actively resisting all positive change.

It's my belief that the NFL comes down so hard on cannabis because of worries that an enlightened workforce — i.e., the players — would start to question the league’s longstanding and lucrative relationships with both military displays and shitty beer.

Maybe, as it once did, sport can lead to understanding and acceptance. Both of the amateur Japanese snowboarders are minors, so some non-hysterical punishment ought to be meted out. Pro football is trickier, but it shouldn’t be impervious to change. NFL fans love nothing more than a winner. How ironic would it be if Laremy Tunsil proved to be the missing piece for the Miami Dolphins? What if he helped that team make a championship run? Why, fans might actually start yelling at their teams for not choosing the young prospect with a minor youthful indiscretion in his past. The NFL could play the part of accidental progressive.

As it stands now, the Laremy Tunsil saga is a minor tragedy. But it may well play out as the upset of the century.