In the Age of Legalization, This Photo Exhibit Celebrates the Cannabis Underground

Walking into the EVB Gallery in downtown Oakland, the first photo to catch your eye is a black-and-white shot of a young man with scraggly long hair and a beatific smile looking out from behind the bars of San Bruno County Jail. Dennis Peron served out a seven-month prison sentence at that institution in 1979, after getting shot in the leg by the San Francisco Narcotics Squad, shattering his femur.

None of which affected in the least his determination to provide cannabis to the desperately ill, nor did it wipe the smile from his face. Instead, he would double down on both his public advocacy for medical cannabis, and his illicit efforts to make it available to all those in need.

“This exhibit shows how much people have put on the line for this cause, all because they know this plant saves lives.”
Andre Chiles

Peron’s inspiring tale of overcoming tragedy and oppression through a mix of political organizing and herbal subversion reverberates throughout Stories from the Underground: Reflections from the Shadows, an art exhibit celebrating a movement of outlaws and agitators who fought back politically against cannabis prohibition at the ballot box and in the court of public opinion, while simultaneously debasing law enforcement’s efforts to eradicate the plant by literally “overgrowing the government.”

Recently extended through August, the gallery show is produced by the Cannabis Community Foundation, and features work by both professional and amateur photographers. Growers, healers, dealers, smugglers, prisoners, politicians, and collateral damage of the War on Weed are all represented among the dozens of photographs and assembled ephemera that have been artfully arranged on the walls of the small gallery space, located just steps away from Oaksterdam University and across the street from Oakland’s legendary Fox Theater.

“The DEA Took My Daddy Away” 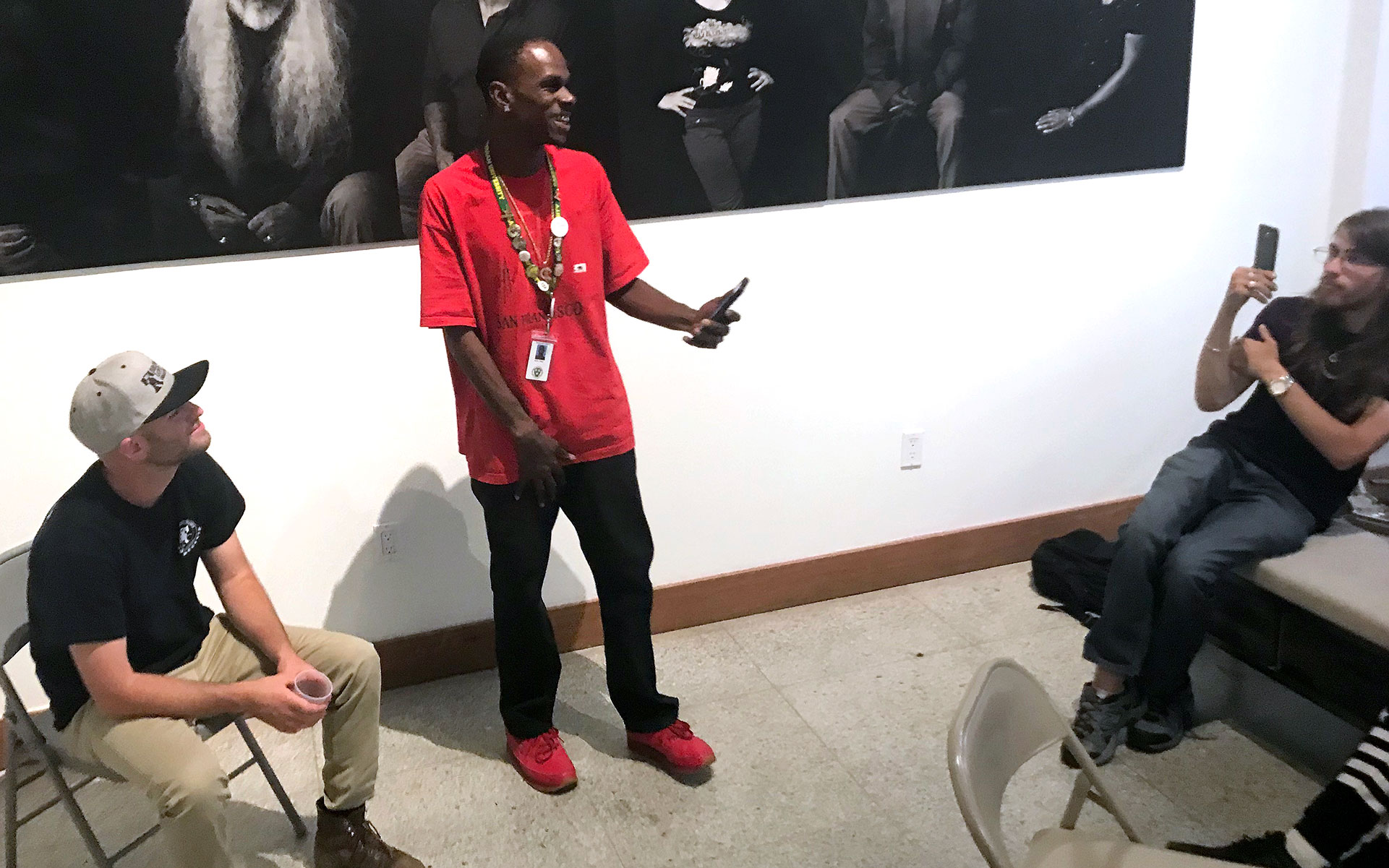 If you care about cannabis, and the community of people who stand behind the plant, at some point in your perusal of Stories from the Underground, one of the photos will stop you dead in your tracks. For Andre Chiles, it’s an amateur pic of a family standing outside a federal courthouse. One of the children holds up a sign that reads: The DEA Took My Daddy Away. I Miss Him.

“That really hits me close to home,” Chiles said. “I was first incarcerated for cannabis in 2002, and that took me away from my daughter when she was just two years old. Looking at that photo, I know that’s exactly how my family felt when I was locked up, and how so many other families still feel right now. Really, I’m inspired by this entire exhibit, because it shows how much people have put on the line for this cause, all because they know this plant saves lives.”

Chiles is the organizer of a speaker series at the EVB Gallery—held in conjunction with the exhibit—that brings in a new voice from the underground each week. Tonight, Chiles has decided to share his own story.

A native of Texas, he moved to California about a year ago after being incarcerated three separate times for selling cannabis. At one point, he’d “gone straight” for several years, but working fast food jobs for $5.75 per hour felt like a dead end. Though eventually so did dealing, since he kept getting busted.

Eventually, after a stint in a rehab facility and a chance encounter with a brochure for Oaksterdam University, he decided to leave home with very little savings and a big dream to turn things around by putting his underground skills and love of cannabis to work in a place where they’d be honored and appreciated. After starting as an intern—while sleeping in his car and working a job at Home Depot—he’s now an Oaksterdam employee who’s also learning the ropes of commercial cannabis cultivation.

“I’ve been so anti-social for so long, but I don’t have to look over my shoulder anymore.” He tells a small but rapt crowd gathered at the gallery, explaining that joining the legal cannabis industry has given him not just a source of income and the security of being legal, but also a community of like-minded people to lean on for support. “This is so much bigger than growing a plant, it’s about changing lives and saving lives. Starting with my own.”

In these heady days of legalization and the rise of corporate cannabis, his life story is also a poignant reminder that for decades the cannabis underground has provided a means of survival and a perilous pathway to financial independence for many who started from the margins of society. As we move forward, we can’t leave all those people behind.

“I believe we should have strict regulations for all the big companies getting into cannabis,” he says, “but they should let me have my shot too.”

Our Birthright As Humans 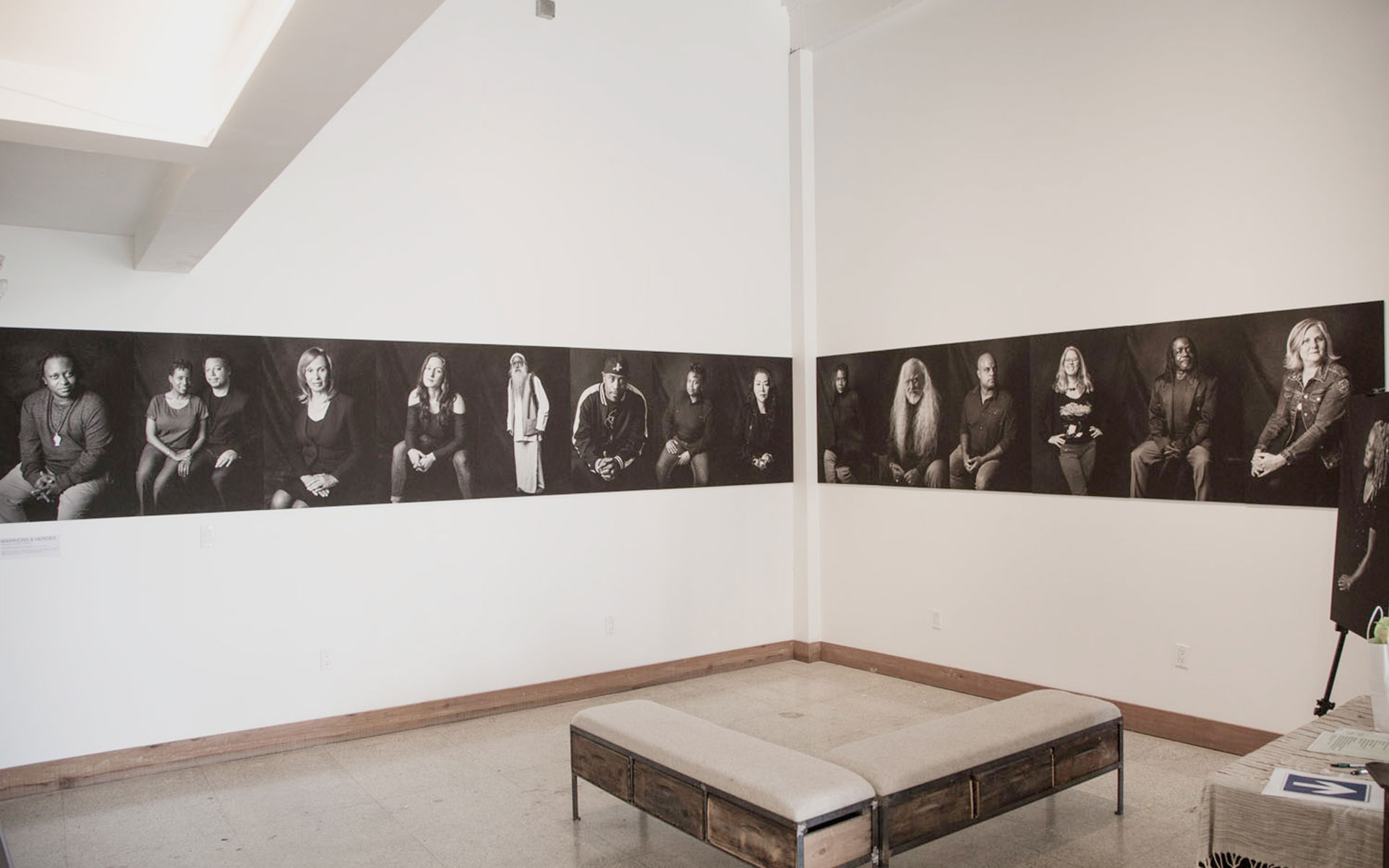 Different areas of the carefully curated exhibit are dedicated to various aspects of the underground cannabis movement, including sections honoring Bay Area activists, the growers of the Emerald Triangle, communities of color, and leaders of the new legal cannabis industry who’ve themselves come up out of the underground.

An understated collage collects photos of 36 people currently serving life sentences for cannabis, many in places where it’s now a legal, booming business.

An AIDS quilt created by members of Berkeley Patients Group (a pioneering medical cannabis collective, started by an AIDS patient) hangs on the wall, a testament not just to the plant’s efficacy in treating those with the condition, but also the central role that the gay community played in pushing for some of the nation’s earliest medical cannabis laws.

An understated collage—part of a “community altar”—collects photos of 36 people currently serving life sentences for cannabis, many in places where it’s now a legal, booming business. Visitors to the gallery are encouraged to inscribe an index card with “stories and pictures of your friends, family, and loved ones [who] have been adversely impacted by the war on drugs.”

Several photos in the exhibit have been provided by longtime activists Chris Conrad and Mikki Norris, a husband-and-wife team whose groundbreaking book Shattered Lives: Portraits from America’s Drug War documented in crushing detail how drug prohibition has the potential to fracture entire families. Back in the dark days of the cannabis movement, when legalization still felt like a distant dream, they would bring a collection of photos from the book to drug policy conferences and other events and set up a display in whatever space was made available. Their efforts are a clear inspiration for Stories from the Underground. 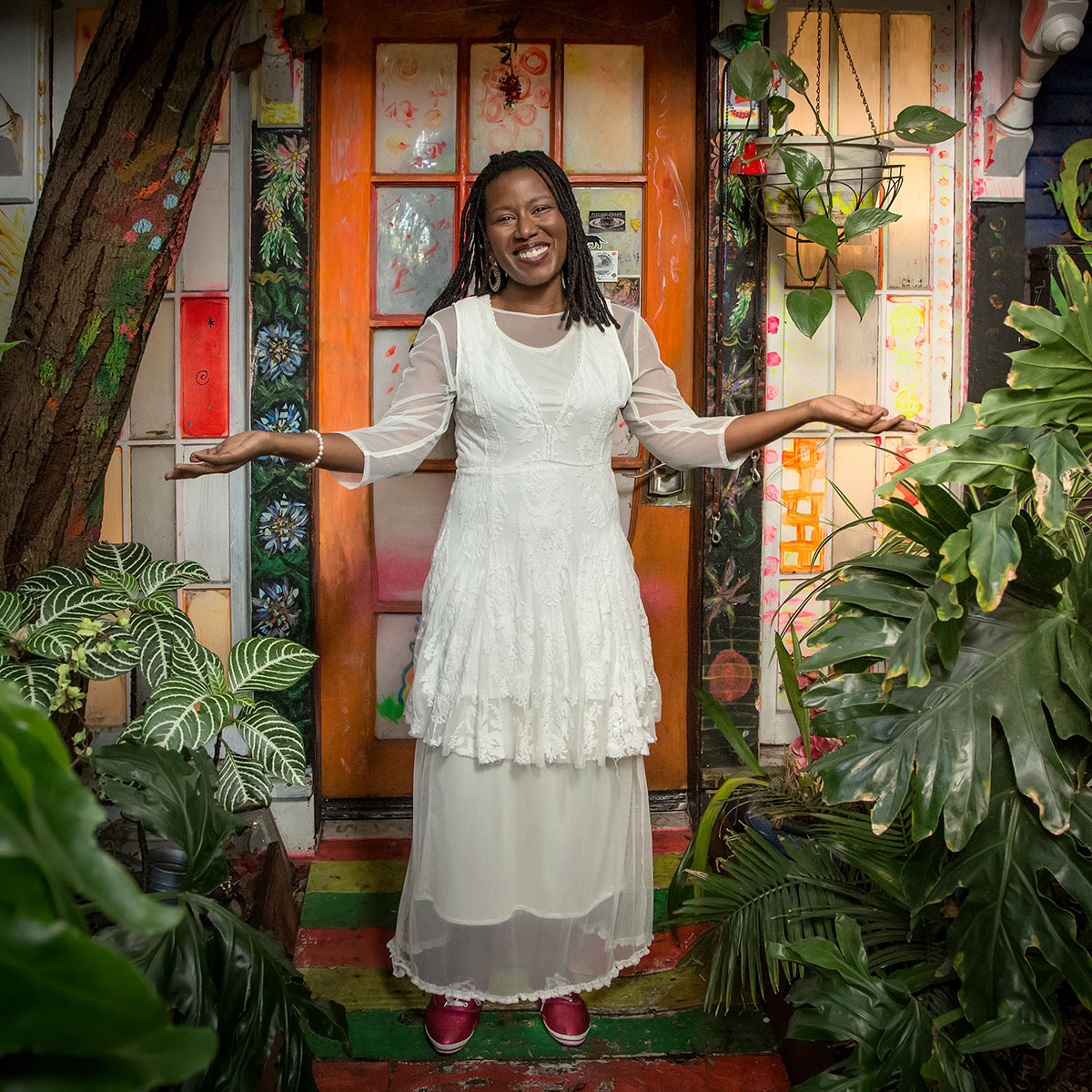 The new exhibit’s most striking installation is a collection of black-and-white portraits that stretches across the entire back of the gallery. Photographed specifically for the exhibit, the series presents true icons of the underground with both power and intimacy. The subjects come from all walks of life and every segment of the movement, but they share “hearts that are geared toward love,” according to Mark Rutherford, who shot all fourteen portraits in a single day, in a makeshift studio set up right in the EVB Gallery, just a few feet from where the photographs now hang on the wall.

“I hope these portraits convey the respect and appreciation that this community has for all the people who put their lives on the line—some of whom paid dearly—to fight back against an awful prohibition,” Rutherford tells me. “It’s also really important to keep the medicinal properties of the plant at the forefront of this discussion, and remind people that access to cannabis is our birthright as humans.”

Prints on walls. Prints on floors. Feeling cross eyed and motivated after day one of install. “Stories from the Underground: Reflections from the Shadows,” opens Friday for an exclusive 4/20 preview. The show will continue to grow throughout the three month exhibition. Can’t wait for y’all to partake. #420photoshow #cannabiscommunity #420 #photography #oakland #cannabishistory #activism #installation #day1

Exercise Your Liberties. Smoke a Joint for Cannabis Heroes. 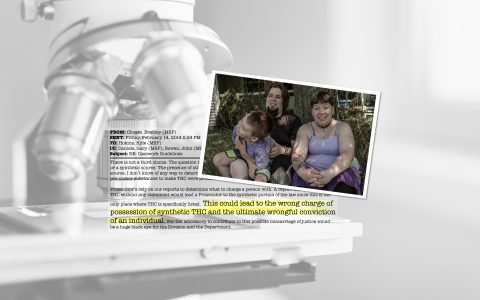