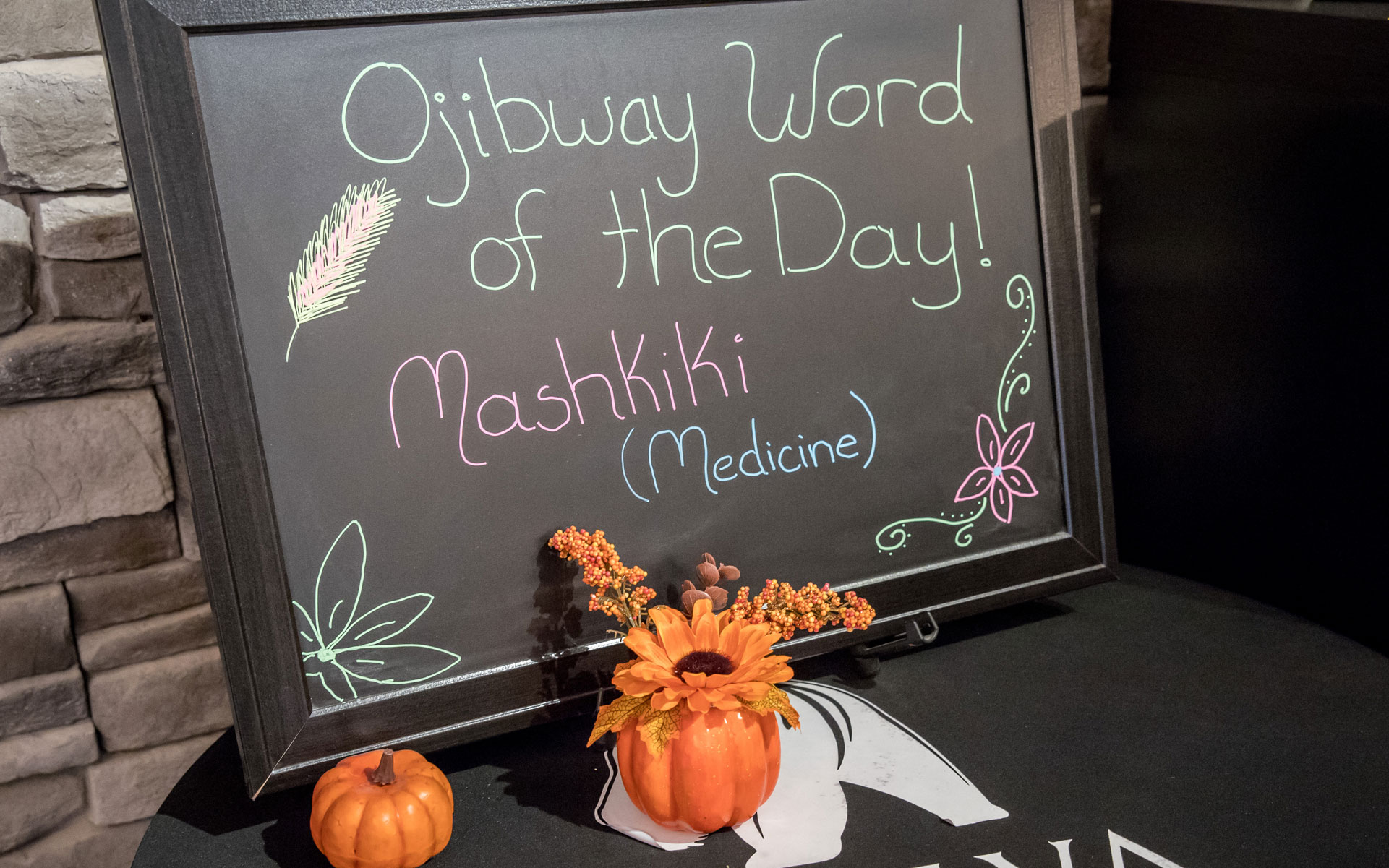 They were asserting a self-government right to regulate gaming on their lands, which they believed to be protected by Section 35 of Canada’s Constitution Act, which states that it recognizes “existing aboriginal and treaty rights” of the Indigenous Peoples of Canada.

The Band Council had passed a bylaw prior to the charges, sidestepping the provincial lottery regulations and asserting their own framework for on-reserve gaming based on that self-government claim.

Sound familiar? A similar scenario is beginning to play out in First Nations and Indigenous communities across Canada.

Local band councils find themselves in an unenviable position of determining just what to do about the potential of activities on their land related to the burgeoning cannabis market.

Some band councils want nothing to do with cannabis, including two First Nations in Ontario that are the first to pass bylaws banning the delivery of cannabis from the Ontario Cannabis Store to addresses on their reserves.

But many Indigenous communities see the economic and therapeutic potential the plant can provide. Plus, there are palpable similarities between cannabis and plant medicine, which plays a role in Indigenous culture.

That often leaves welcoming communities with two distinct choices: Whether to comply with a regulated cannabis market where production and retail activities are permitted on First Nations land, but subjected to comprehensive federal and provincial licensing, respectively, or whether to assert a right to self-regulation of cannabis matters and open the doors to “grey market” retail operators much to the chagrin of provincial governments.

Has Precedent Been Set?

Eventually, the case involving Jones and Pamajewon reached the Supreme Court of Canada in 1996.

And because the parallels in the case are so strikingly similar to what Indigenous communities are grappling with now concerning cannabis, the result of that case is important.

The members of the Shawanaga Band Council lost, with the court finding in a nearly unanimous (eight to one) decision that didn’t outright deny a right to self-government, but did say that the claimants meet a specific test that decides whether First Nations can usurp a provincial system of regulations on an activity, and replace it entirely using their own rules.

The Supreme Court found that if the claimants want to bypass a regulatory system already put in place by the provincial government to regulate an activity, they must show it is a “practice, custom, or tradition” that was an integral part of the distinctive culture of the First Nations in question pre-contact, such as hunting or fishing.

The test is taken from the earlier Supreme Court case called R v. Van Der Peet that dealt with Aboriginal fishing rights and whether they extend to the commercial selling of fish.

In the R v. Pamajewon trial, the two accused appellants advanced evidence of high stakes gaming pre-contact through the testimony of researcher James Morison, who testified to the importance of gaming in Ojibwe culture.

The Supreme Court found the evidence lacking, and while there may have been evidence of gaming pre-contact, it was not widespread and certainly not a distinctive part of their integral culture.

Which begs the question: If judicial acceptance of Indigenous-operated, on-reserve “grey market” cannabis stores hinges on cannabis existing prior to European contact, how strong is the evidence of that?

When one applies the same standard to cannabis as gambling, there is even less evidence cannabis was cultivated or used by Indigenous populations pre-contact on the now Canadian portion of Turtle Island. Further, it’s even harder to prove that cannabis meets the requirement of being an integral part of their distinctive culture.

After he arrived in North America, Jacques Cartier wrote in his journal that he could see “hempe” growing.

At first glance, one could easily mistake this as clear evidence of cannabis existing pre-contact in what is now Canada, but we now know he was actually referring to either hemp dogbane (Indian hemp) or wood nettle—plants unrelated to Cannabis sativa. (That fact tripped up VICE Canada, which had to put out a correction after mistakenly claiming a pre-contact connection to cannabis in a 2017 article.)

The only continually-proffered evidence that continues to crop up on the matter is a supposed finding in 1985 by an archeologist named Bill Fitzgerald, who claimed to have found 500-year-old pipes in Morriston, Ontario containing “traces of hemp and tobacco that is five times stronger than the cigarettes smoked today.”

It’s a quick anecdote that found its way into the research of a federal government official in April 2002, who then prepared it for the Senate Special Committee on Illegal Drugs.

Since then, the story has been shared across the internet. But I could not find the original article cited in the research paper’s footnotes via Sparetime magazine, now defunct.

Leafly was able to reach the archaeologist via email, and things didn’t become much clearer.

Fitzgerald told Leafly he keeps “hearing about [himself] having identified residue from smoking pipes” but couldn’t exactly confirm the story, conceding his memory “isn’t what is used to be.”

Though, Fitzgerald says he’s “pretty sure” he would not have had that “type of floral analysis done” to identify whether there were actually cannabinoids in the purported discovery.

And the evidence doesn’t become any stronger when you ask pro-cannabis activists who have an interest in the history of the plant.

We first reached out to pro-cannabis activist and author Dana Larsen, who wrote a 2015 graphic novel about the history of cannabis in the country.

Larsen was clear to us that use of plant medicine goes back to “the dawn of time, of course” and he “wouldn’t want to undermine” a case of an Indigenous person claiming a right to its regulation. But, he told us, “I don’t think cannabis was here before Europeans. Seems to me that it would have been more widespread and well known if it had been here.”

Chris Bennett, a cannabis activist, historian, and author of three books on the plant also says he doesn’t believe cannabis was in Canada before Europeans arrived.

“I’m not a believer it was here before Europeans,” said Bennett.

Bennett says that to his recollection, a publication had misreported Fitzgerald’s dig in Morriston, somehow connecting cannabis to it.

The evidence, or lack thereof, is important, because if Pamajewon lost at the Supreme Court of Canada—even after showing some evidence of gaming pre-contact—then claims related to cannabis would almost undoubtedly fail as well.

The issue may play out before the courts in the coming months.

In Saskatchewan, the justice minister is seeking the closure of two “grey area” stores on reserves. In Ontario, former Ontario Regional Chief Isadore Day says that the province’s plan to allow only eight stores total on all reserves is “divisive” and “deplorable,” and he believes First Nations will maintain control of cannabis in their communities.

Jordan Brant, marketing and training coordinator of Legacy 420, a non-provincially licensed store on Tyendinaga Mohawk Territory, says that First Nations are aware that past Supreme Court cases will make it difficult to obtain judicial recognition based on claims related to pre-contact use.

“That’s definitely not the route I see a lot of First Nations choosing to take on their stance on cannabis sovereignty.”

Brant believes that First Nations could invoke the United Nations Declaration on the Rights of Indigenous Peoples, which asserts Indigenous peoples’ right to economic development and self-determination. Canada has yet to ratify the agreement, however.

Saskatchewan Asserts That Cannabis Store on Indigenous Land Is Illegal

Brant says there are First Nations invoking the federal Indian Act to regulate cannabis sales—although a court has yet to rule on whether the Indian Act allows regulation of retail sales beyond an outright prohibition in the name of health and safety.

Certain First Nations may have claims based on traditional treaties signed long ago. Treaty 6, which covers what is now large parts of Saskatchewan and Alberta, includes a clause stating that a “medicine chest shall be kept at the house of each Indian Agent for the use and benefit of the Indians at the direction of such agent.”

Today, First Nations say that the clause represents an obligation on the part of the federal government to provide health care to First Nations.

There’s no one piece of legislation that is going to work for all First Nations.
Jordan Brant, Legacy 420

Regardless of the route taken, Brant says many First Nations find the current regulatory regime to be inadequate.

Owing to the differences between First Nations across Canada, “there’s no one piece of legislation that is going to work for all First Nations.”

That could mean a long court battle.

If it does get to the courts, these arguments and the history of the cannabis plant in Indigenous communities will be examined front and centre.