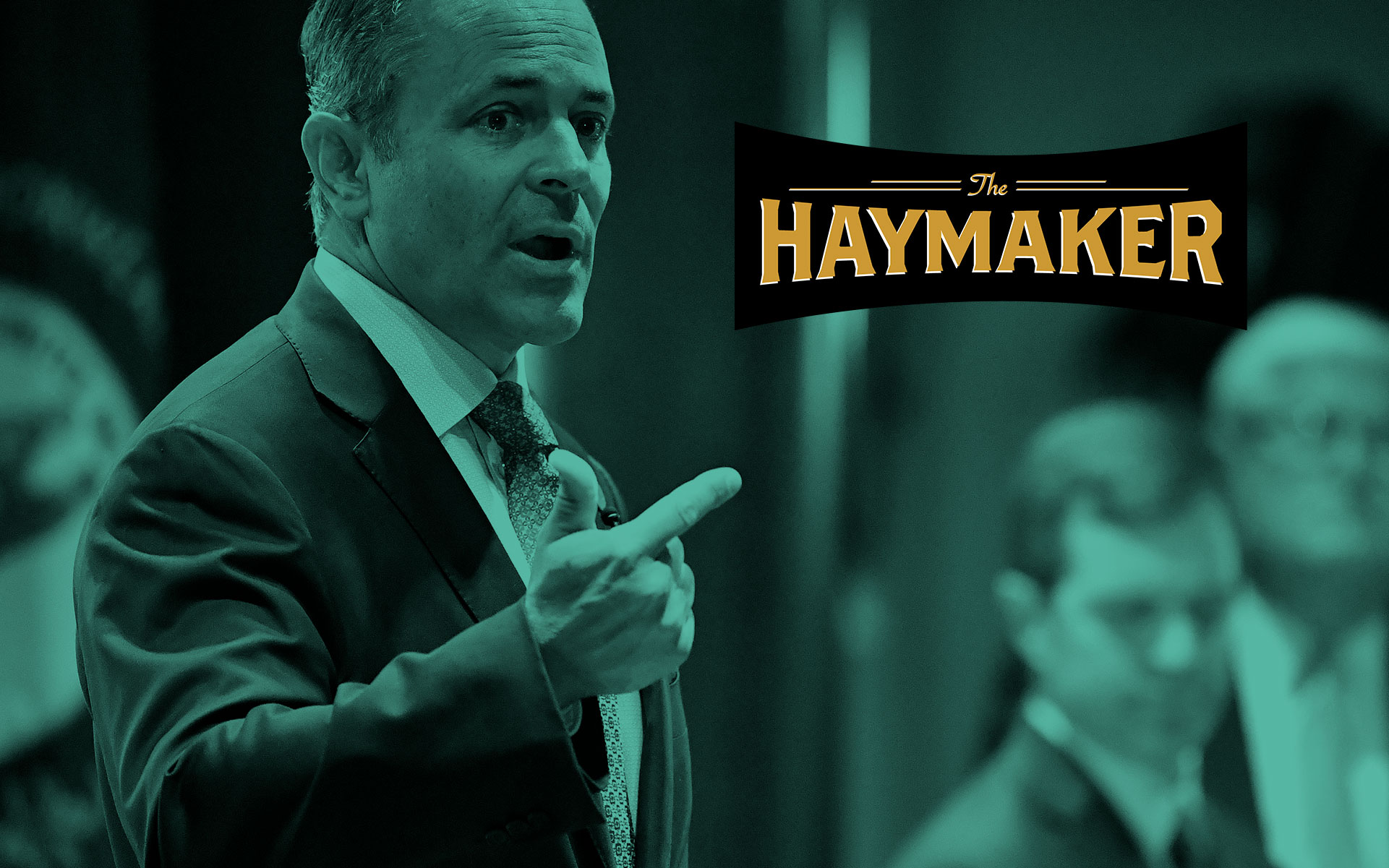 Kentucky Sen. Mitch McConnell has emerged as one of the nation’s leading hemp-legalization advocates, but that doesn’t mean reefer madness has been eradicated in the Bluegrass State.

'Everybody in Kentucky would need to smoke pot for the next 600 years' for a cannabis tax to erase the state's pension debt, said Gov. Bevins.

Gov. Matt Bevin sat down with Cadiz, KY–based news radio WKDZ on Wednesday for a wide-ranging discussion of current issues. Among the topics: cannabis legalization.

Now, Bevin is under a lot of pressure. Prior to his term in office, the state Legislature chose not to properly fund its state employee and teacher pensions. Money was tight, so they figured they’d pay that bill later. We’ve all done it. Kentucky did it for 13 years. Well, the bill has now come due. The pension fund is $43 billion in debt.

Some have floated the idea of legalizing cannabis and using the tax revenue to pay down the pension debt.

Gov. Bevin, wisely, shot that down as a nonstarter. The seven-year history of state legalization has shown that cannabis tax revenue is generally a nice little addition to the state budget, but it’s never enough to shore up serious problems. In five years of robust sales, Colorado just recently surpassed the $1 billion mark in total cannabis tax revenue.

Bevin did a little back-of-the-envelope math to explain himself.

“Everybody in Kentucky would need to smoke pot for the next 600 years,” he told WKDZ. “And then [after] 600 years of pot smoking, if we did indeed dedicate 100% of the money, then we would have enough money to fund what we owe to [pensions] in 2019. It’s not a serious solution. It’s a ridiculous proposal.”

Actually, Bevin's 'Everybody Smokes' program would pay down the debt in 6.5 years.

I agree with the governor. Cannabis tax revenue should not be counted on to “save” any state. But his math strikes me as… imperfect.

Colorado raised $1 billion in five years, with a population of 6 million people. Let’s say roughly 10% of state residents are cannabis purchasers. That’s a market of 600,000 people per year.

Kentucky has 4.5 million residents. Let’s say 500,000 are under 21. That leaves 4 million people buying cannabis (“everybody in Kentucky”) every year, which is 6.6 times Colorado’s current consumer base. So you’d be bringing in roughly $6.6 billion every 5 years. We had Leafly’s crack data team run the numbers through their TI-83 graphing calculators. Result: Under Bevin’s Everybody Smokes program, Kentucky’s pension debt would be paid down in 6.5 years.

Tell Us What You Really Think

Well OK, the WKDZ newsies said to the governor, what about legalization itself? Kentucky has a tight CBD-only law, but still has refused to legalize either medical or adult-use cannabis.

“Look at the homelessness, look at the increases in the emergency rooms,” he said. “Look at the problems they have in law enforcement in bordering states. Look at the amount of disease and things that have spiked up as a result of people who are coming for the fact that they can smoke pot legally.”

“Does that mean everybody who’s involved in that has these problems? No. But many of them do. So we have negative things to counter as well.”

Let’s Unpack That, Shall We?

Holy cow. I feel like Bevin just gifted me a high-end item from Portlandia’s artisanal knot store. It’s gonna take a minute to untangle that mess.

Increases in the emergency rooms. ERs in Colorado report more cannabis users coming in after overconsuming. That’s documented in at least one published study, and it’s concerning. At the same time, nobody who entered the ER ever died from a bad cannabis experience. Meanwhile, approximately 88,000 Americans die from alcohol-related causes every year. In states where medical marijuana has been legalized, opioid prescriptions drop 6%. Legalizing for adult use lowers that prescription rate by an additional 6%. In 2017, Kentucky had the nation’s fourth highest overdose death rate, due mostly to opioids.

Look at the law enforcement problems in neighboring states. Please. In 2014, the state of Oklahoma sued Colorado over its cannabis legalization law.

Oklahoma used to whine about Colorado's legal cannabis. Now it's got 1,600 licensed dispensaries of its own.

Look at the amount of disease and things. There is no grounding for this whatsoever. Honestly, I think Bevin just made it up. Maybe the Trumpian slur about foreigners bringing disease and whatnot into the US stuck in the governor’s head and he mixed it up with cannabis and blurted out this dog’s breakfast of a thought.

We’ve all seen this movie. We know how it ends. In two years, Kentucky will legalize medical marijuana. A couple years later it will join its neighbor Illinois and allow the legal possession and sale of adult-use cannabis. And here at Leafly we’ll receive a press release announcing that a leading Kentucky cannabis company has just added its newest board member: former Gov. Matt Bevin.