Which States Are Eyeing Cannabis Decriminalization in 2016? The Leafly Roundup 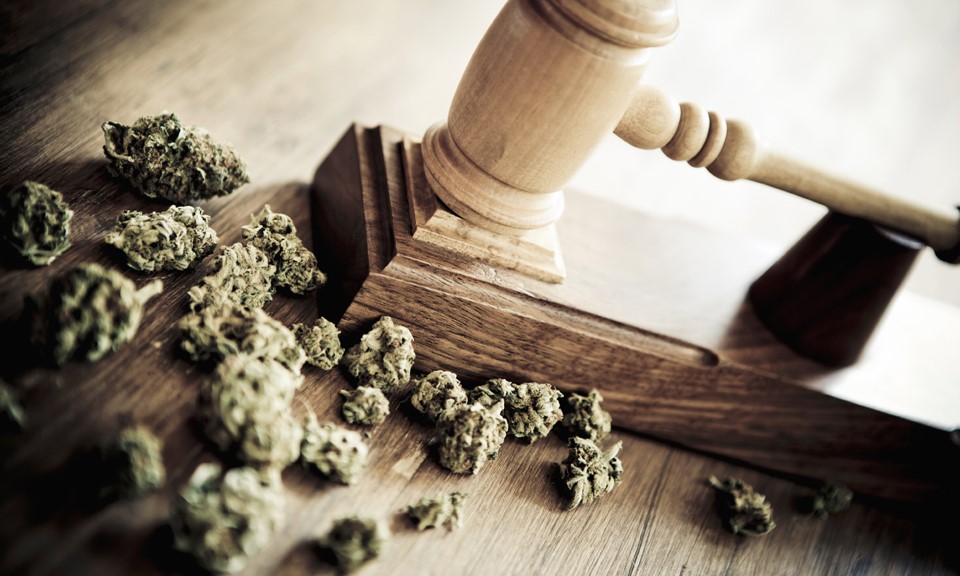 Welcome to 2016! It’s sure to be an exciting year, and state legislators are already jumping on board to make progress. Legislators in Georgia, Illinois, Wyoming, and Virginia are all seeking to decriminalize the possession of small amounts of cannabis, and some of these states are making a second or third attempt to change policies. New Mexico is trying to join four other states (and one district) by legalizing cannabis in 2016.

Speaking of legalized states, Colorado and Oregon are still in a financial pickle, with Colorado in court over federal banking issues and Oregon hoping to increase medical marijuana fees along with its newly implemented tax hike.

Make your new year’s resolution to keep up on as much cannabis news and legalization updates as possible, starting with this one!

The complicated case of cannabis banking in Colorado is seeing its day in court, and one federal judge is faced with a tough decision. U.S. District Judge R. Brooke Jackson made it clear that although he offers his sympathy for cannabis businesses trying to adhere to contradictory regulations, he must uphold federal law as it stands and his hands are tied. He felt it was inappropriate to force the Federal Reserve Bank of Kansas to grant a master account to Fourth Corner Credit Union, the bank that sought to serve marijuana businesses exclusively.

Judge Jackson did say that were he a member of Congress, he would be inclined to vote in favor of allowing marijuana business banking, but as he is a federal judge, it is his duty to uphold federal law.

Georgia State Senator Harold Jones (D-Augusta) is pre-filing a bill to reduce the penalties for the possession of cannabis from a felony down to a misdemeanor. As it is, the current policy is that you can be charged with a felony if you are in possession of an ounce or more of cannabis, and this bill would change the charge a misdemeanor regardless of the amount of cannabis in one’s possession. The bill would not change the law that states that it is still a felony to sell or distribute cannabis, but Senator Jones is insistent that by changing this law, the state could reduce court costs and re-focus law enforcement efforts on more pertinent issues.

The Hawaii Department of Health is preparing to accept applications for licensing prospective medical marijuana businesses, but there has already been criticism of the rules and their lack of definition. Several issues have been brought up, such as the lack of sales on Sundays, a ban on greenhouses and pre-rolled joints, and a lack of the definition of marijuana as a “plant,” which puts the island state in a precarious situation as it seeks to expand.

Some lawmakers are even going so far as to say that the Department overstepped its authority by making policies that differ from the dispensary law. The ban on greenhouses, for example, could increase the cost for growers significantly by forcing growing operations to be moved indoors rather than taking advantage of the sunny climate available.

The program rules were officially signed off by Governor David Ige on December 13th in anticipation of the application period, which will be open from January 12th through January 29th.

Illinois is in its third year of a seven year pilot medical marijuana program, and it’s taken this long just to get the dispensary doors open. Unfortunately, although the state’s medical marijuana pilot program has only just begun, it’s already struggling due to low patient enrollment. There are currently 3,600 patients registered in the program, well below the projected estimate of 30,000 patients enrolled by this point. The problem has less to do with the patients, however, and more with doctors who are reluctant to sign off on medical marijuana cards.

Illinois currently has 39 qualifying conditions, but the number may be increasing soon. The Illinois Department of Public Health began accepting petitions for new conditions to be added to the program from January 1st until the end of the month. By law, the IDPH must accept new petitions for proposed medical conditions in January and July, consider them, and make the according recommendations, although the IDPH has rejected the last two attempts to expand on the number of conditions. If you’d like to submit a medical condition for consideration, you can find the petitions here.

Representative Sam Singh (D-East Lansing) introduced a new bill this year that would ban employers from firing employees for having a medical marijuana card. House Bill 5161 is being cosponsored by Representative Jeff Irwin (D-Ann Arbor) and would offer legal protections; however, it also includes a provision that would allow employers to fire patients if the cannabis use interferes with their job performance. The Michigan House passed major changes to the medical marijuana system last year, but legislators felt that the lack of legal protections for patients left a gap that needed to be addressed.

New Mexico Representative Bill McCamley (D-Dona Ana) just filed the Cannabis Revenue and Freedom Act, which has been revised from a previously submitted bill to include stronger language on limits and protections for federal laws. Unfortunately, this bill will most likely face serious opposition once the legislative session starts, as McCamley’s last attempt at legalization was killed in committee last February. Governor Susana Martinez has also repeatedly stated that she would veto any efforts to legalize cannabis, so it may take a few more years before legalization makes its way to the Land of Enchantment.

Oregon recreational purchases are getting a tax hike starting today, and soon medical marijuana growers may be facing higher fees if the Oregon Health Authority agrees to a proposal under consideration. As it currently stands, medical marijuana growers pay an annual $50 fee for each patient that they take on as a caregiver, and they may grow for up to four patients. The proposal would increase the fee to $200 per patient per year and would help cover the agency’s expenses to expand the oversight of production and processing. It is estimated that this fee alone would boost the state’s revenue obtained from grower fees from $1.3 million to $5.2 million during the 2015-2017 budget cycle.

Everyone’s favorite progressive Virginia Senator Adam Ebbin (D-Alexandria) is making another go at decriminalizing cannabis with Senate Bill 104. During the last legislative session, Sen. Ebbin proposed Senate Bill 686, which would have reduced the criminal penalties for the possession of small amounts of cannabis from a $500 fine and 30 days in jail down to a simple $100 civil fine.

Luckily for Virginia, Sen. Ebbin is not easily dissuaded and his efforts to change the Virginia state criminal code are part of a more comprehensive attempt to remain in accordance with the Constitution, while still offering legal protection to medical cannabis patients and reducing criminal charges.

House Bill 3 will be considered by the Legislature once the legislative session resumes on February 8th.

It looks like Tasmania will be growing the first official cannabis crops in Australia for the upcoming clinical trials in New South Wales, which are expected to commence early next year. Tasmania is the obvious choice of location, as it already has a heavily regulated agricultural system in place and grows commercial opium poppies to produce the majority of the world’s legal pharmaceutical supply. There’s no word on which strains will be produced for the trials, although it’s likely that they will be high in CBD and low in THC.

New South Wales has invested $9 million for the clinical trials, and although Australia allows the import of cannabis for clinical research, supply is limited and having a local source will be critical in the coming months.