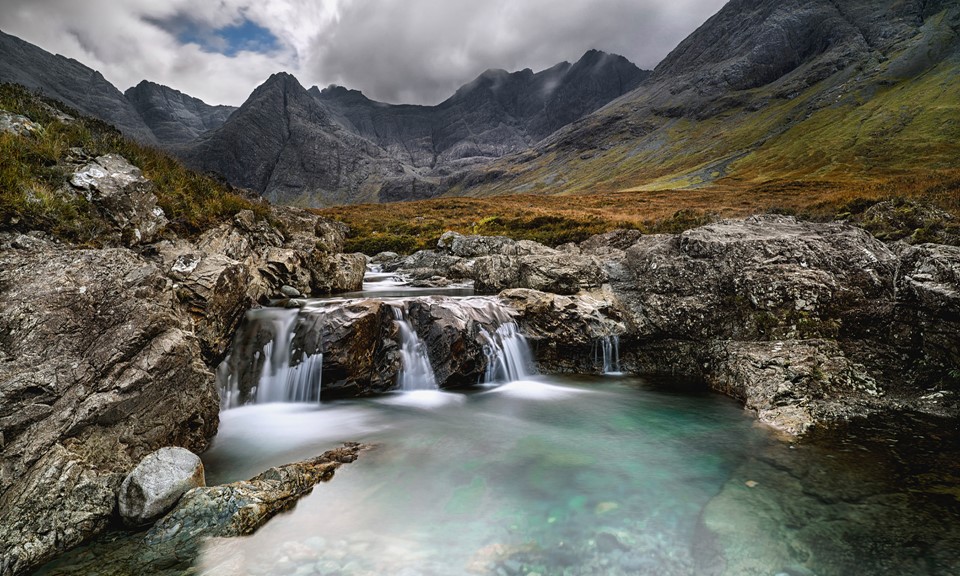 As we gear up for the new year and prepare to say goodbye to 2015, there’s plenty of progress to take note of this year. Florida and New York are well on their way to cultivating and harvesting cannabis for their new medical marijuana programs, while Kentucky and Missouri are both putting forth major efforts in campaigning for medical marijuana. Mexico just issued the first four permits for defendants that will allow them to cultivate and possess marijuana, but curiously, the recipients have no intention of using them. In Scotland, police are introducing a new system in January to handle low-level crimes such as cannabis possession, emphasizing warnings over prosecution.

Stay in the loop with this week's cannabis news roundup!

Five Florida nurseries that were selected to cultivate and distribute low-THC cannabis to qualified patients posted the mandatory $5 million bonds to the Department of Health before the 10 day deadline. There was stringent criteria for choosing the nurseries; in order to qualify, a nursery had to have been operating for 30 years and be growing 400,000 plants. According to the Office of Compassionate Use, an agency created to manage the medical program, 28 nurseries applied for consideration.

The approved nurseries are Chestnut Hill Tree Farm, Hackney Nursery Company, Knox Nursery, Costa Nursery Farms, and Alpha Foliage. Meanwhile, nurseries that were passed over for the program have until the end of December 14th to sue the Florida Department of Health. Tropiflora, one of the nurseries, already filed a lawsuit and alleged there was an unfair bias in the selection process, as four out of the five licenses were awarded to nurseries that had owners on the committee.

Senator Perry B. Clark (R-Louisville) filed a bill known as the Kentucky Cannabis Freedom Act, which would regulate the use of cannabis in a similar manner as alcohol by repealing the prohibition of its possession, cultivation, and sale. Said the senator, “It is abundantly clear to me that cannabis, while being much less harmful, should be treated the same as alcohol. The Cannabis Freedom Act is an outline on how to tax and regulate the sale of marijuana to adults 21 and older in Kentucky. It is time for this discussion in our Commonwealth.”

The prohibition would be replaced with a three-tiered system of licensing, recommending separation between cultivation, processors, and retailers independently so as to avoid monopolies and vertical integration. Clark's bill will be considered when Congress reconvenes on January 5, 2016.

Michigan medical marijuana patients rallied at a hearing for a bill on hemp production that would also create legal protections for medical marijuana dispensaries. Patients are concerned due to a statewide mandated increase on taxes as a provision of the bill. Dakota Serna, a Marine Corps veteran suffering from PTSD, entered into a heated exchange with Senate Judiciary Committee Chair Rick Jones (R-Grand Ledge) and was ultimately asked to leave.

The National Patient Rights Association is withdrawing support from the previous bill based on these objections and will be endorsing a separate bill, according to Robin Schneider, a representative with the association. Said Schneider, “We support the idea of smaller, vertically-integrated business models because they’re able to keep the costs down. The end costs to the patients is very important to us.”

New Approach Missouri has raised more than $125,000 for its initiative campaign to legalize medical marijuana, but there are seven proposals filed in the General Assembly to change state laws on cannabis production and use, which could compromise their campaign. Senator Jason Holsman (D-Kansas City) filed the proposed initiative as a constitutional amendment that would make cannabis available to patients with serious illnesses such as cancer, epilepsy, post-traumatic stress disorder, AIDS, and other terminal illnesses, as well as collect a 4 percent sales tax that would be used to fund veterans’ health programs.

Although a 2014 poll shows that 51 percent of Missourans support medical marijuana, lawmakers want to make sure any legislature is absolutely foolproof to increase the chances that it will pass.

New York's soon-to-be-launched medical marijuana program is facing a number of setbacks. Although dispensaries say they're on track to start providing medical cannabis products to critically ill patients next month, there hasn’t been any word on a patient registration program, which is troubling for patients looking to get registered in time for the program's debut.

Additionally, the New York State Health Department is required to certify doctors to be able to recommend cannabis to patients. Doctors will need to take a four-hour course to gain certifications, but the process is ongoing, with no list of doctors currently available to the public.

Lastly, manufacturers are nearly done growing and harvesting cannabis but still need to get the state's signoff on testing and packaging. Will everything come together in time, or will patients be forced to continue waiting for legal access?

State lawmakers are expanding Oregon's indoor clean air regulations. House Bill 2546 will redefine “inhalant” to include “Nicotine, cannabinoid or any other substance that’s inhaled into a person’s respiratory system,” and indoor areas with cannabis smoking will be banned. As a result, marijuana lounges, of which there are only a few operating in Oregon, will not be allowed to exist. The decision is a source of controversy in Oregon, with citizens coming out of the woodwork to support or oppose it.

The University of Vermont will be offering a new class this spring on the subject of medical marijuana, and it just may be the first academic program of its kind in the country. Right now there's limited literature on the subject, so the majority of the course materials will be imported from other countries. The class will be co-taught by professors Wolfgang Dostmann, Ph.D., and Karen Lounsbury, Ph.D. According to the College of Medicine, students must obtain permission to enroll in the class, and the professors only want students that will take the course seriously. Out of 108 total spots, 97 students have currently already enrolled.

Mexico issued the first four permits for the legal possession, cultivation, and use of cannabis that resulted from a recent ruling that prohibiting the use of cannabis goes against the constitutional right to “free development of personality.” Interestingly, the four permit-holders, who hail from the group SMART, told the media that they don’t use marijuana and have no intention of starting. Rather, the recipients, as well as the group, are hoping to start a national discussion towards ending prohibition.

So far the group's efforts have been successful, with the president of Mexico announcing that five national debates surrounding the topic of cannabis will be held starting in January 2016. Experts, physicians, and testimony from the public will all be taken into account during the debates.

Scotland Police are introducing a new system to deal with low-level crimes to help speed up the justice process and potentially avoid prosecution, including most offenses related to cannabis. Soon, cannabis users and other perpetrators of low-level crimes will be subject to a recorded police warning, which is a revised version of the formal adult warning scheme. It will be up to the judgment of the officers as to whether a recorded warning or a fixed-penalty notice should be issued.

The guidelines for the warnings are to be provided by the Lord Advocate and will not be available to the public. The order of resolution for low-level offenses will now be a verbal warning, a recorded police warning, a fixed penalty notice, and, “ultimately, officers may still submit a formal standard prosecution report to the Crown Office and procurator fiscal service, depending on the circumstances and nature of each incident or crime,” said Chief Superintendent Brian McNullty, divisional commander for Police Scotland’s criminal justice division.

Did you miss out on last week's roundup of legislative efforts? Catch up on it now!