There are many good approaches to improving the lives of rural Americans, like raising the minimum wage, increasing funding for basic social services, and adopting stronger pollution standards for industrial farms. But as someone who grew up in rural America and is now living in southern California, I also believe legalizing cannabis could help.

Check Out A Dispensary Nearby

A recent study found that legalizing cannabis nationwide could create needed jobs. Studies have also shown that legal cannabis cuts down on violence, lowers suicide rates, boosts state economies, and helps people ease out opioid addiction. Legalizing cannabis could help transform rural America, and it could save the lives of countless rural people.

Here are just a few of the ways legal cannabis could improve and lengthen the lives of rural Americans, according to research.

Fewer Americans Could Die From Suicide

Suicide is the tenth leading cause of death in the United States and a 2017 study published by the US Centers for Disease Control and Prevention (CDC) found that rural Americans are more likely to die from suicide than Americans living in urban areas. CDC researchers found that deaths from suicide in rural counties were approximately 17 for every 100,000 people, and the rates for smaller to medium-sized metropolitan counties were almost 15 for every 100,000 people.

Comparatively, larger urban counties had suicide death rates of nearly 12 for every 100,000 people. Equally upsetting, many suicides go undercounted on death certificates—particularly among women and people of color—so these numbers could actually be much higher.

It’s unclear why suicides on the rise in rural communities, but the study’s authors speculate that financial instability could be to blame—at least in part. The Great Recession made foreclosure, poverty, and unemployment unavoidable for many previously financially stable people.

Related
Medical Cannabis and Its Ties to Suicide Prevention

Regardless, legalizing cannabis could help. According to a 2014 study in the American Journal of Public Health, suicide rates (at least among men) fell significantly following a given state’s decision to legalize cannabis. Post-legalization, the suicide rate among men ages 20 to 29 and 30 to 39 fell by 10.8 percent and 9.8 percent respectively. Plus, the most comprehensive research review ever conducted on cannabis and mental health found that cannabis can battle depression, anxiety, post-traumatic stress disorder, and addiction—all conditions that, when left untreated, can lead to suicide.

Opioid overdose has exploded over the past 15 years, and opioids have been implicated in over 500,000 deaths since 2000—that’s more than the number of Americans killed in World War II.

Deaths linked to both prescription opiates and heroin fell by 20 percent shortly after cannabis legalization.

Currently, more than 90 Americans die from opioid overdose daily, resulting in over 42,000 deaths annually. Opioid overdose recently trumped vehicular accidents and shooting deaths as the most common cause of accidental death in the United States, and although no corner of the nation has been spared by the opioid epidemic, it has hit rural America the hardest.

Additionally, a December 2017 survey by the National Farmers Union and the American Farm Bureau Federation found that as many as 74 percent of farmers have been directly impacted by the opioid crisis.

Related
How to Use Cannabis to Reduce Opioid Dependence

But in states where adult cannabis use is legal, researchers have reported yearly declines in opioid-related abuse and death. According to research published in the Journal of the American Medical Association, deaths linked to both prescription opiates and heroin fell by 20 percent shortly after cannabis legalization, and by 33 percent within six years. Overall, researchers concluded: “States with medical cannabis laws had a 24.8 percent lower mean annual opioid overdose mortality rate compared with states without medical cannabis laws.”

The violent crime rate in rural areas has outpaced the national average for the first time in a decade. In Iowa, the overall violent crime rate rose by three percent between 2006 and 2016 but increased by 50 percent in communities with fewer than 10,000 residents. Incidences of violent crimes have doubled in rural counties in West Virginia over the past couple of decades, while tripling in New Hampshire.

There isn’t just one reason for this spike in violence. Lack of employment has naturally led to increases in poverty, which is closely linked to crime—many rural communities have lost jobs, and continue to lose jobs, as factories keep closing and farming becomes increasingly industrialized.

The opioid epidemic has undoubtedly played a role as well and high rates of methamphetamine use remains a major issue in many small towns. There’s also a shortage of law enforcement in rural areas. Diminishing tax bases result in fewer sheriff’s deputies.

That said, legalizing cannabis has been shown to decrease violence. According to recent research, the legalization of medical cannabis has led to a notable reduction in violent crime in several US states bordering Mexico. The study, published in The Economic Journal, found that the rate of violent crime—including robberies, murders, and aggravated assaults—fell by 12.5 per cent in counties close to the border after the introduction of medical cannabis laws.

In states where cannabis has already been legalized for adult recreational use, out-of-state visitors are driving the plant-based boom. In 2014, they were responsible for 44 percent of retail cannabis sales in Colorado—and 90 percent of sales in heavily trafficked mountain communities.

Find Legal Cannabis Near You

The year after Colorado legalized recreational cannabis sales, the legal cannabis industry created 18,000 full-time jobs and $2.4 billion in economic growth in the state.

Vast swaths of rural America—like the Missouri Ozarks and the Great Smoky Mountains—already attract a wide array of music-lovers, foodies, and ecotourists. Add reasonably-regulated legal cannabis into the mix, and it’s highly likely that tourism in these areas would skyrocket as well. 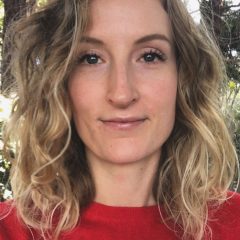