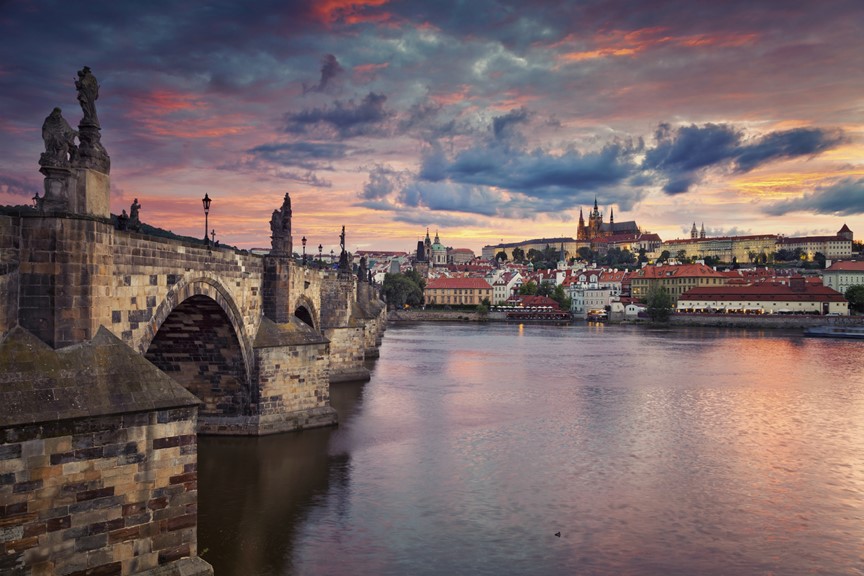 The Czech Republic’s drug policy was praised as a “great example of a successful liberal approach to drugs” during last month’s UN General Assembly Special Session on Drugs in New York City. But the actions of the National Anti-Drug Agency, the Czech equivalent of the DEA, toward the country’s cannabis community reveals a painful gap between cannabis theory and practice.

The first sign that something was changing in the Czech Republic came in the summer of 2013, when police accused a journalist of “spreading and encouraging drug abuse.” Why? He made an innocent joke about the improvement of sight after smoking a joint. It did not come to a trial, because the jurisdictional district court judge refused to open such a case.

A few months later the cannabis community was shaken by the “Black Day.” On Nov. 4, 2013, hundreds of police stormed dozens of the hundred-plus growshops spread across the country. The biggest such raid in Czech history was masterminded by Col. Jakub Frydrych, head of the National Anti-Drug Agency. Frydrych, a hardcore, Harry Anslinger-type drug warrior, decided that the vague language in Czech law against “spreading and encouraging drug abuse” gave his agency the right to destroy legitimate businesses that had been legally operating for up to fifteen years.

Mainstream media, members of the public and a majority of Czech drug experts condemned the raids as unnecessary, costly, useless and even illegal. The government's top drug-policy adviser, Dr. Tomas Zabransky, told online newspaper Idnes.cz that “growshops selling growing equipment and cannabis seeds operate all around Western Europe, Canada, and the U.S., because that's how democracy works. … This kind of police action is actually helping the black market.”

The raids led to a series of trials against growshop owners. To the surprise of many, all were found guilty. The judges sided with the police and considered “selling pots, lamps, rolling papers and books about cooking with cannabis under one roof” a crime.

Nobody was sent to jail, though. The owners lost all confiscated goods, but got off on probation — provided they pleaded guilty. A few brave owners refused the plea bargain, and one eventually won his trial. Prague District Judge Helena Chaloupkova heavily criticized the police in this case for “acting cowardly and inconsistently,” and stated that “the owners did not encourage cannabis use” by selling the above-mentioned goods.

But the story does not end there. Last week, in an unprecedented move, the Czech Republic’s highest district attorney, Pavel Zeman, intervened. He asked for the case to be reopened, because in his opinion, the owners were indeed spreading drug abuse. Zeman’s statement was riddled with Reefer Madness cliches.

The growshop raids aren't the only examples of police hostility toward the cannabis community in the Czech Republic. In the fall of 2015, a group of legal-hemp harvesters were beaten and jailed. The “accident” gained international attention for its absurdity: Young police officers from a little town some 100 miles north of Prague were bored and decided to check legally approved fields of hemp that was properly registered with customs and contained no THC.

More repression came this May at the annual Konopex cannabis trade fair in Ostrava. Local police concluded that the hemp farmers and hemp clothes producers posed a threat to public safety and staged dozens of heavily armed officers around the exhibition grounds and the after-party club. Police harassed visitors with time-consuming searches, and they confiscated bongs, roaches and industrial hemp plants. Leopold Svaty, one of the country's most prominent hemp producers, told Leafly: “Although I presented all necessary paperwork and documents proving my hemp and hemp products are 100 percent legal, the police confiscated everything, simply to prevent me from exhibiting at the fair and to damage my business.”

So what are the results of the growshop raids and other police actions directed against the Czech cannabis community? “The number of growshops went down temporarily, but it's on the rise again,” says Robert Veverka, director of NGO Legalizace.cz and editor of Legalizace magazine. “Many owners basically split their companies into more than one, so one only sells pots and lamps, the other just seeds, and a third one sells smoking accessories and cannabis literature. By not offering everything under one roof, they hope to avoid police accusations of ‘encouraging drug abuse.’ Legitimate businesses selling stuff that's freely available all over Europe have been destroyed, dozens of people lost their jobs, growshop owners lost millions worth of legal goods. Hundreds of millions of taxpayers money have been wasted during these maneuvers and the same can be said of the human resources of the police and justice system.”

The rate of cannabis use and production has not gone down in the Czech Republic since the raids. What has been going down, rapidly, is respect for the police within the cannabis community. As Albert Einstein pointed out in 1921, regarding the prohibition of alcohol: “The prestige of government has undoubtedly been lowered considerably by the prohibition law. For nothing is more destructive of respect for the government and the law of the land than passing laws which cannot be enforced.”