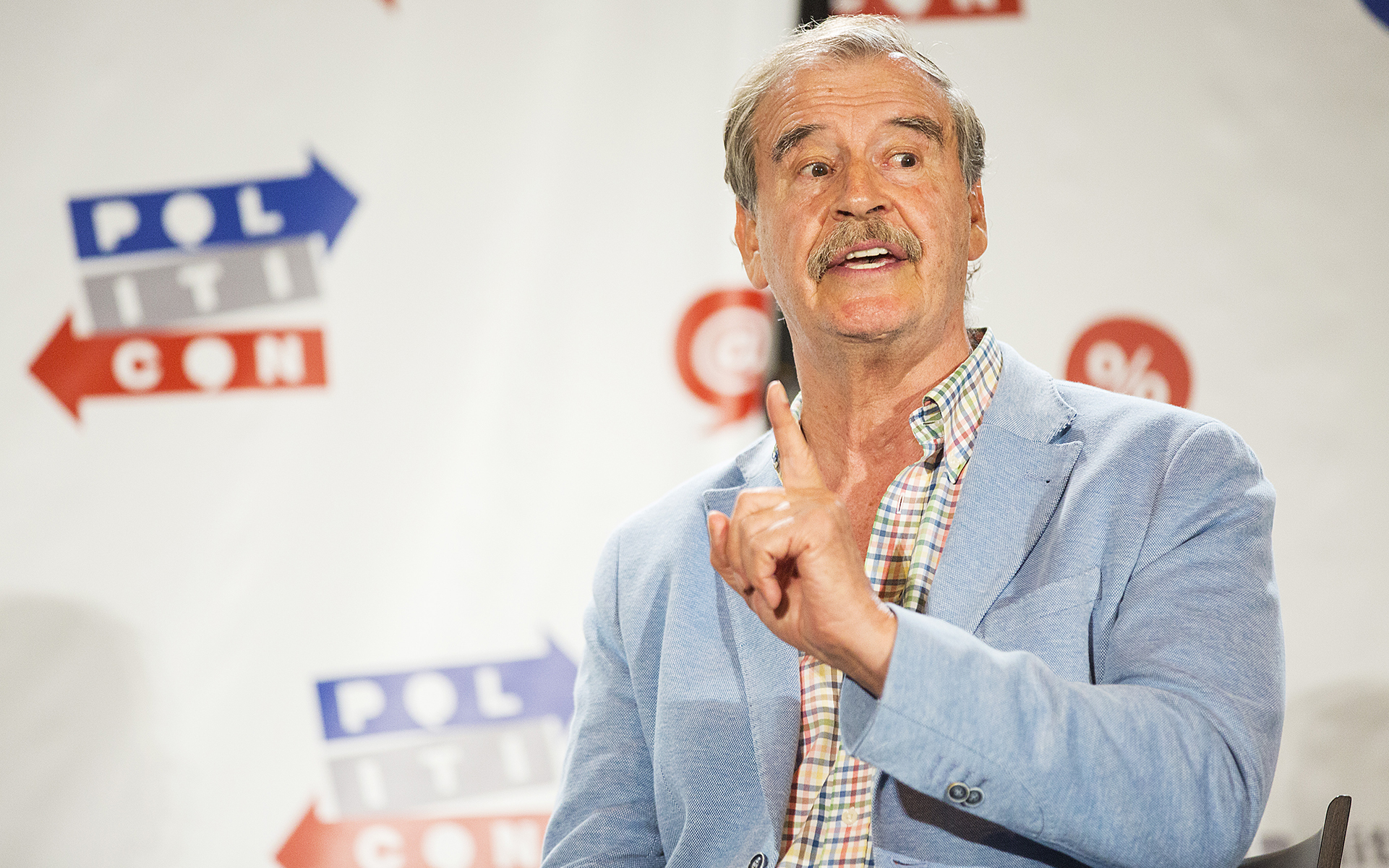 Fox is hosting the May 30-31 conference on his estate to help prohibition 'collapse around the world.'

The charismatic former rancher and Coca-Cola executive ended Mexico’s 71-year, and notoriously corrupt, one-party rule when he was elected to the presidency in 2000 as the candidate of the National Action Party. But upon the end of his six-year term, the reformist hero drew scathing criticism over lavish spending as he built his presidential library and retreat on elegant grounds near the city of León in the central Mexico state of Guanajuato.

Yet now those regal grounds are serving as Vicente Fox’s personal Camp David as 75-year-old Fox cements his legacy as perhaps Mexico’s most-active ex-president. In a country consumed by cartel violence, Fox is the nation’s leading advocate for drug policy reform and cannabis legalization.

On May 30-31, Fox’s post-presidential retreat—a compound known as Centro Fox—will host an international conference to attempt to find solutions to reduce the bloodshed from narcotics trafficking in Mexico and roll back drug war policies around the world.

Fox last month said he hoped the conference may make a “transcendent contribution to…creating cultural change and new paradigms so that prohibition collapses in all of the world.”

So his Canna Mex World Summit is convening drug policy reformers from around the world along with cannabis research scientists, and experts in medicine, addiction treatment, technology, and agri-business and investment.

Fox has called for weakening the power of drug cartels in Mexico by decriminalizing narcotics and additionally creating a robust cannabis industry in Mexico, one that could also provide economic opportunity for peasant farmers operating under the thumb of the cartels.

But the conference comes as drug violence is surging anew in Mexico, with cartel-related killings blamed for pushing the number of homicides last year to more than 29,000.

It also follows the release of Fox’s book, Let’s Move On: Beyond Fear & False Prophets. The book, which offers a moral indictment of authoritarianism and nativist polices of Donald Trump, additionally offers introspection from Fox on his failure to adequately address drug policy reform in Mexico while president.

Fox’s successor, President Felipe Calderón, attempted a disastrous military assault on the cartels, resulting in a plague of murder and an estimated 45,000 to 55,000 drug-war-related deaths from 2007 to 2012.

“In the case of the drug trade, as long as there is a demand for drugs, there will be a supply and all of the violence that accompanies it,” Fox writes in Let’s Move On. “We should tackle the drug problem both by decriminalizing drug use so the cartels and dealers lose their power and promoting education about the effects of drugs. In other words, just like with smoking and alcohol, shift the burden of regulation to the people.”

Demitri Downing, executive director of the Arizona Marijuana Trade Industry Trade Association and one of the organizers of the León conference, says Fox is pushing a model of economic populism to create jobs in a legal cannabis industry and rollback Mexico’s drug war. Fox’s proposed solution anticipates the need to help farmers move away from the production of illicit crops, including cultivation of poppies for the heroin market in the United States.

“There can be a massive cannabis market in Mexico that will evolve,” Downing said. “What we have found is that people who are growing marijuana in the mountains of Guerrero or Chiapas, they know how to cultivate and do things associated with farming. They are not necessarily cartel members. You have a great number of farmers that are very capable in participating in a traditional economy.”

Mexico approved limited medical cannabis legalization in 2017, creating a framework that, once implemented, will allow use and sale of “pharmacological derivatives of cannabis,” such as oils and pills, that contain less than one percent THC.

In January 2017, Mexico’s Tourism Secretary Enrique de la Madrid created political ripples when he advocated legalizing cannabis at Mexican tourist resorts in hopes of curbing violence from illegal drug activity. In 2016, Mexico President Enrique Peña Nieto called for legalizing possession of an ounce of cannabis, but that proposal was not passed into law.

Fox has been critical of Peña Nieto for continuing a military campaign against the drug cartels. He has proposed negotiations to curb narcotics violence.

“President Fox is elevating the discussion,” Downing said. “He can speak to Congress members, presidents, and future presidents as well as to former leaders and heads of state. He can gather presidents of other countries. When a discussion happens at that level, things start to shake up a bit.”