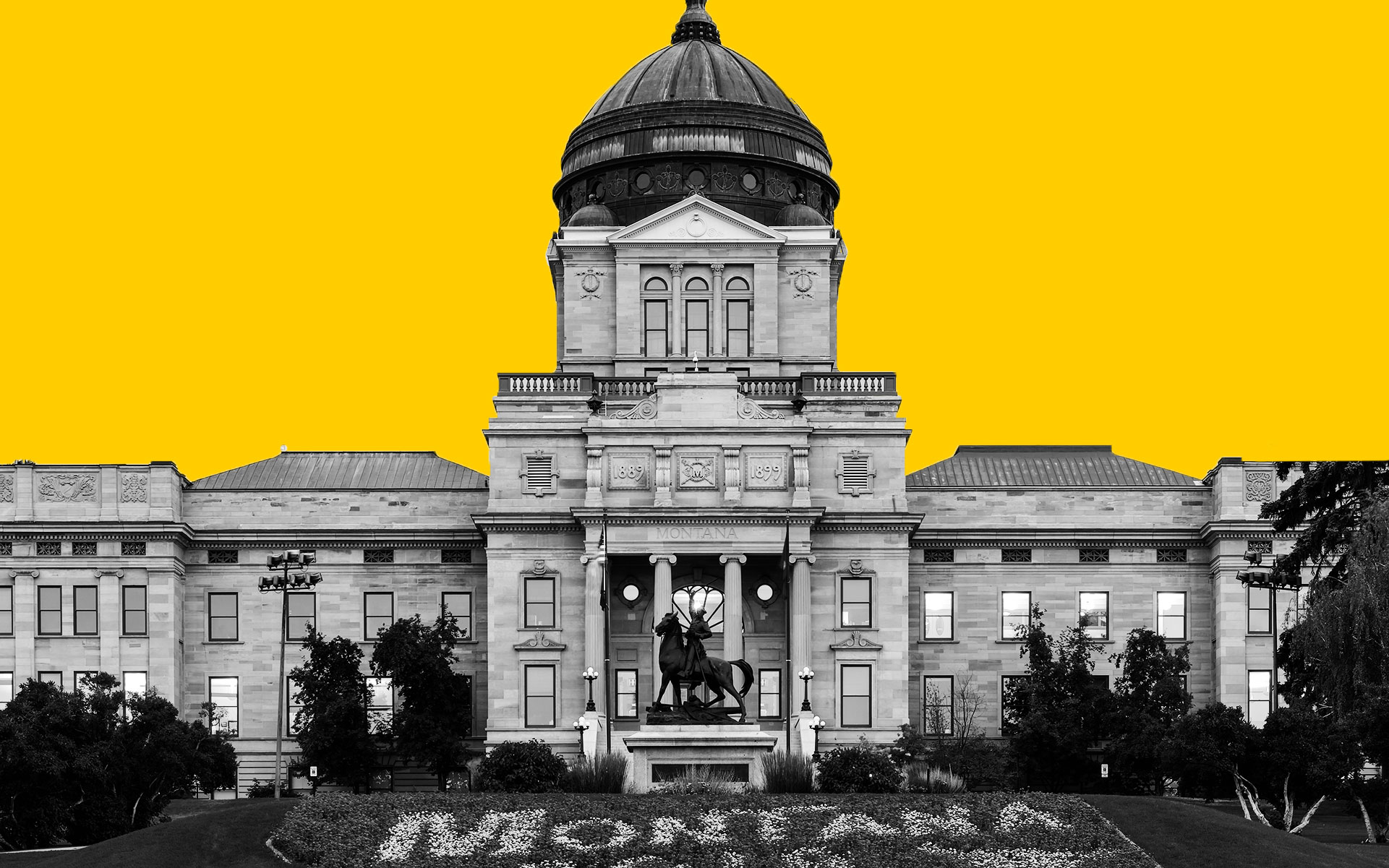 The cannabis industry in Montana is concerned that new legislative changes could drive them out of business. (AdobeStock)

Despite passing a bill that promises to stabilize Montana’s haphazard medical marijuana program, a series of recently proposed changes to that bill may, paradoxically, bring the program to a screeching halt.

Ever since it was first enacted in 2004, Montana’s medical marijuana program has been rife with chaos: there have been periods of exponential growth, federal raids, a failed attempt to repeal the program, and even a law that forbade a dispensary from serving more than three patients, total. Currently, the program employs a policy called tethering, which limits each patient to purchasing cannabis from a single provider.

A law passed last May, however, paved the way for long-lasting and meaningful change: Senate Bill 265 puts an end to tethering, giving patients infinitely more choices among providers.

Untethering is scheduled to go into effect later this year, at an unspecified date before July 1. Yet this February, the state’s Department of Health and Human Services (DPHHS) unveiled a series of proposed changes to the bill that, if implemented, could undermine any progress made by untethering.

Among the most egregious proposals are a ban on any form of advertising, a ban on all out-of-state CBD at dispensaries, and a ban on hemp flower. It’s not merely the fate of the state’s burgeoning cannabis industry that hangs in the balance, but the lives and wellbeing of the state’s roughly 35,000 patients.

DPHHS received public comments on these changes until February 28; now, patients, activists, and industry leaders are holding their breath as they wait to hear which of them will actually be implemented.

“Our medical marijuana program has gone through ridiculous amounts of growing pains and fights. SB 265 was a good law, it was what we needed. Then DPHHS went in, did their own interpretation of things, and screwed the pooch, so to speak,” Tayln Lang, the owner of Heirloom Remedies in Victor, told Leafly. “I just don’t think the department knows what they’re doing when they create these kinds of rules.”

Lots of frustration, and no answers, in Helena

On February 20, the state held a forum to hear from individuals about the proposed changes, which were announced two weeks prior. Held in the basement auditorium of the DPHHS headquarters in Montana’s capital city of Helena (pop: 31,000), the event sparked outrage, frustration, and confusion among the 30-odd industry stakeholders present. “There were a lot of f-bombs,” and some tears, one attendee recalled.

While Bree Gee, an attorney for the department, and Erica Johnston, the department’s Operations Services Branch Manager, were present, they allegedly declined to answer any questions from their exasperated audience.

“I’ve never felt respected by any of our governing bodies,” said Emmie Purcell, the owner of Greenhouse Farmacy in Missoula, who attended the event in Helena. “And this was a testament to that.”

No one present spoke in favor of the proposed changes. “It was 100% opposition,” Joanna Wojcik, the General Manager of Sacred Sun Farms in Bozeman, told Leafly.

How to survive if you can’t advertise?

In other words, goodbye, online menus and listings (including Leafly). Goodbye, social media content. Goodbye, a freakin’ sign on the door.

“We can never move forward if we can’t talk about [medical cannabis],” said Wojcik, of Sacred Sun Farms. “We can’t ever break the stigma without education.”

This policy would inevitably create mass confusion for patients, and likely lead to the demise of businesses that don’t have word-of-mouth recognition. “Businesses are literally going to fold if you can’t find them. If you’re a cancer patient and you need [Rick Simpson Oil], how will you know who has it unless you know their phone number? You’d have to go store to store,” said Purcell, of Greenhouse Farmacy. “It makes me think that the state just wants this to self-implode.”

Lang, of Heirloom Remedies, pointed out that Montana is largely a socially conservative state, and a ban on some advertising has always been accounted for. “But DPHHS have gone really overboard,” he said, particularly in regards to the new ban on third-party listings.

Members of the industry were also startled by a proposed ban on all out-of-state CBD products in medical dispensaries, complaining about a lack of logic behind the proposed change. “I don’t even know that leadership in [DPHHS] was aware of those rules,” Lang said.

The rule would permit businesses like gas stations and supermarkets to continue to sell CBD, even though dispensaries cannot do so.

The ban would be a potential disaster for dispensaries that sell lots of CBD. “It’s my absolute biggest concern. That’s 50% of my revenue,” said Purcell, of Greenhouse Farmacy.

Wojcik argues that the state is simply trying to find a way around effectively tracking CBD. “They’re being lazy,” she said.

Debbie Churgai, the Interim Director of the national activist organization Americans for Safe Access (ASA), suspects that the proposed change may have at least a positive intention: “It has to do with getting revenue from Montana cultivators rather than out of state,” she told Leafly.

Adding insult to injury, the rule would permit businesses like gas stations and supermarkets to continue to sell CBD, even though dispensaries cannot do so. “We are the experts, and they’re going to take it out of our hands,” Purcell said. “It’s so punitive here.”

Limits on monthly purchases, and no system to count it

Although SB 265 put a cap on purchases from the get-go—one ounce per day, eight ounces per month—the proposed changes include a new set of equivalencies: one ounce equals 800 mg of edibles or 8mL of concentrate.

The equivalencies were based on a 2015 Colorado Department of Revenue study focused on a recreational market, not medical. Montana industry leaders say that their patients need access to larger amounts of cannabis, especially considering that many of the state’s one million residents live in remote areas and need to drive hours to purchase cannabis. It’s a particularly excessive burden for patients with debilitating conditions.

“I have so many rural patients driving two, three, four hours each way,” Purcell said.

Additionally, the state has not yet finalized the metrc software needed to actually keep track of how much cannabis a patient has purchased in a month.

The ball’s in DPHHS’ court now

Now that the public comment period has ended, the industry must wait with bated breath to see which of the proposed rules the state will implement (by no clear date).

Several industry leaders believe that sensible policy will prevail. “I’m definitely optimistic that the department will reverse themselves on the more onerous things,” said Lang.

“They tend to listen,” added Antonette Lininger, the owner of Sacred Sun Farms.

While there are currently two proposals on the table to legalize adult-use cannabis in Montana this November, no one seems optimistic that they would pass.

But many said that if DPHHS goes through with their draconian changes, they will keep fighting for a program that supports patients and providers alike.

“We always tell people, ‘comment and testify.’ Don’t just sit back and do nothing,” said Churgai of ASA. “We won’t be silent. We will continue to voice our opinion.”

“We’ve got another legislative session coming up,” added Lang. “We’ll have to be out there, talking in front of more committees and saying, this is what we need to do with the program.”