Update, 8/1/2018: OKLAHOMA CITY (AP) — Oklahoma health officials on Wednesday adopted new guidelines for the use of medical marijuana in the state after earlier rules hastily adopted last month came under harsh criticism from the attorney general and medical marijuana advocates.

The state Board of Health voted unanimously to adopt new rules that amend or entirely revoke the previous guidelines, including eliminating a ban on the sale of smokable pot and requirements that a pharmacist be in every dispensary and that women of “childbearing age” undergo a pregnancy test.

Also eliminated were guidelines that limited levels of THC, the psychoactive ingredient in marijuana, in products and plants. Oklahoma Attorney General Mike Hunter had said that none of those regulations were authorized under State Question 788, the proposal to legalize medical marijuana that Oklahoma residents approved on June 26 with 57 percent of the vote. The law is scheduled to go into effect 60 days after passage.

The board unexpectedly approved the rules during an emergency meeting on July 10 despite a warning from its own attorney. Republican Gov. Mary Fallin signed them into law the next day.

Two marijuana advocacy groups filed lawsuits challenging the rules, and Hunter said the board had overstepped its authority . Board members on Wednesday met behind closed doors with a representative of Hunter’s office for almost one hour to discuss the lawsuits but took no action when they reconvened their public meeting.

Health officials said applications for marijuana-related businesses became available last week and that they plan to begin accepting applications no later than Aug. 25.

Already in a legal state? Find a retailer near you!

As Oklahoma health regulators continue to grapple with rules for a recently passed medical marijuana law that took effect last week, organizers in the state say they’ve gotten one step closer to allowing voters to legalize cannabis for adult use.

State health officials on Friday released new proposed medical marijuana rules that remove some of the most criticized provisions from the state’s original rules, including a ban on the sale of smokable cannabis and a requirement that female patients “of childbearing age” get a pregnancy test.

Several Oklahoma medical marijuana advocates say the proposed new rules are an improvement, but that there are still several problematic provisions.

The Oklahoma State Department of Health posted the new rules on its website, and the agency’s board is expected to consider them at a special meeting on Wednesday.

The original rules approved by the board earlier this month prompted outrage from medical marijuana supporters who said they were far too restrictive. Two separate groups sued the board, and Attorney General Mike Hunter said the board overstepped its authority and recommended they make several changes.

Following the adoption of the original rules, Julia Ezell, the general counsel for the health board, stepped down amid allegations that she sent threats to herself and then lied about it to investigators. A criminal investigation is now looking into whether or not the director of the State Board of Pharmacy, Chelsea Church, bribed Ezell in an effort to ensure the adoption of a rule requiring medical marijuana dispensaries to have a licensed pharmacist on site during business hours. The pharmacy board fired Church last week.

The restrictions that most troubled medical marijuana supporters were a ban on the sale of smokable marijuana and a requirement for a pharmacist in every dispensary. Both of those rules were adopted unexpectedly at an emergency meeting and approved by the board despite a warning by its own attorney advising against it. Gov. Mary Fallin signed them into law the next day.

Other rule changes that raised concern were limits on levels of THC, the psychoactive ingredient in marijuana, in products and plants, and a requirement that female patients “of childbearing age” undergo a pregnancy test. Both of those rules are recommended for elimination.

Karen O’Keefe, director of state policies for the Washington, D.C.-based Marijuana Policy Project, said she’s not aware of any other state with such a pregnancy requirement. “It’s shockingly patronizing and invasive, and would drive up costs for females,” O’Keefe said.

O’Keefe and several Oklahoma medical marijuana advocates say the proposed new rules are an improvement, but that there are still several problematic provisions. O’Keefe said the new rules still require physicians to “ascertain” if a woman is pregnant, which she said could lead to a requirement that women be tested.

Chip Paul, who helped write the state question approved by 57% of Oklahoma voters last month, said he’s pleased with most of the changes, but that provisions related to laboratory testing of marijuana products are too restrictive.

Oklahoma State Department of Health spokesman Tony Sellars said the rules still may be amended by the board.

Patients interested in using medical marijuana legally will need to submit an application through an online system that officials say will be available by Aug. 25. Until then, patients may still find themselves at risk of being jailed for simple possession despite language in the law designed to reduce such penalties.

State Question 788, the medical marijuana law passed by voters last month, says that individuals found with 1 1/2 ounces or less will face a $400 fine provided they can state a medical condition to authorities. But as Samantha Vincent at the Tulsa World reports, conflicting state laws around drugs and paraphernalia mean that prosecutors could still seek jail time on possession charges.

“When the state question (788) was written, it was written poorly,” Erik Grayless, first assistant district attorney for Tulsa County, told the newspaper. “It was written with enough open-endedness, which has created a certain level of unknowns in the criminal justice system currently.”

Police in Tulsa reportedly aren’t offering much clarity, saying only that possession and distribution remain illegal for now.

Ballot Measure Would Legalize Adult Use

Meanwhile, a group working to legalize recreational marijuana in the state says it’s gathered enough signatures to qualify for the ballot.

Green the Vote announced Sunday that’s collected more than 132,000 signatures for its ballot measure to legalize recreational marijuana. The group needs at least 124,000 signatures by Aug. 8 to qualify, though it’s unclear if the measure could be verified in time for the November election.

If the signatures are verified and the measure doesn’t make it on the November ballot, the governor could set a special election or place the issue on the next statewide ballot in 2020.

Green the Vote leader Isaac Caviness tells the Tulsa World that his group has seen intense support and enthusiasm for the measure. 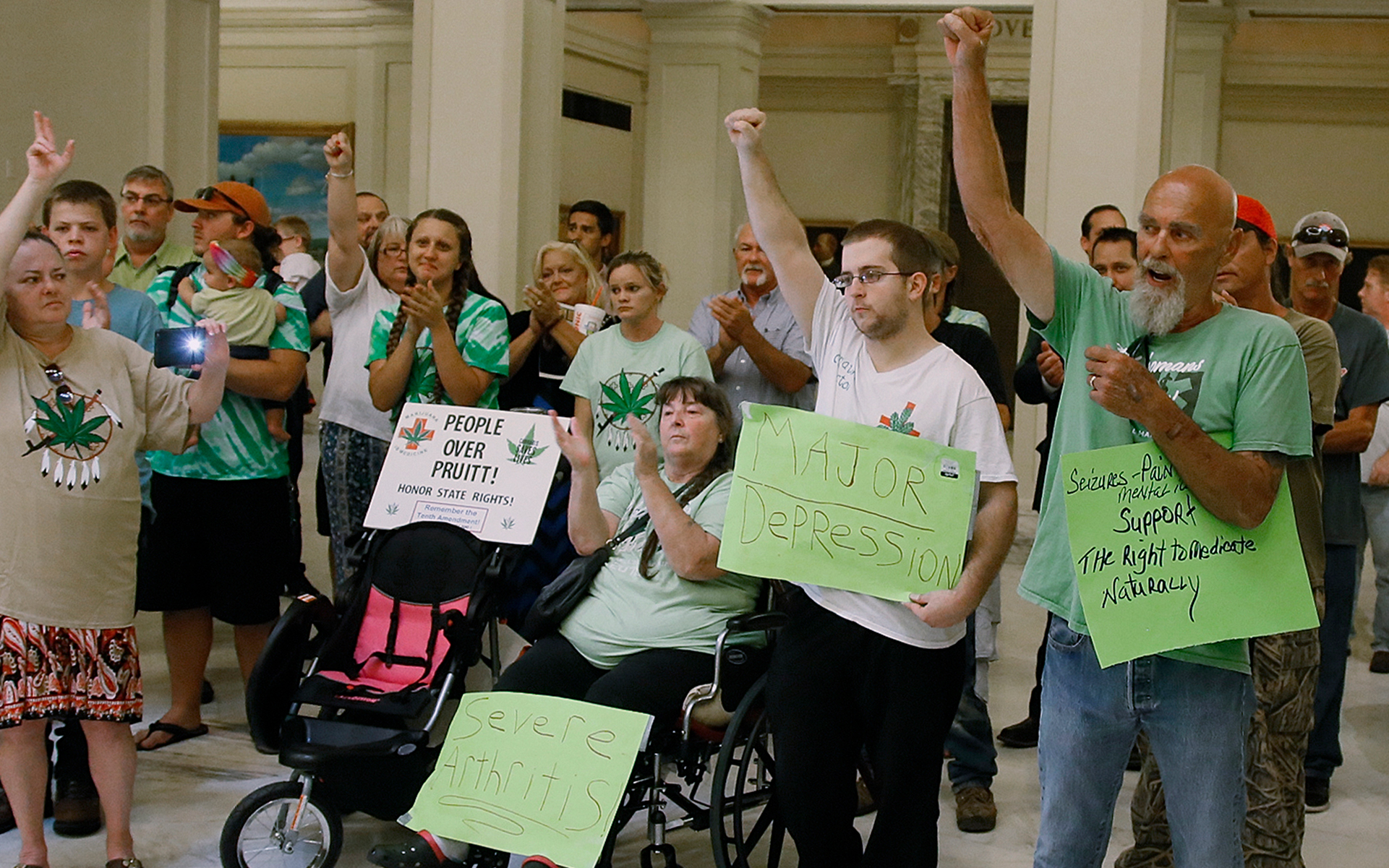 The Roll-Up #43: Oklahoma! The True-Crime Musical 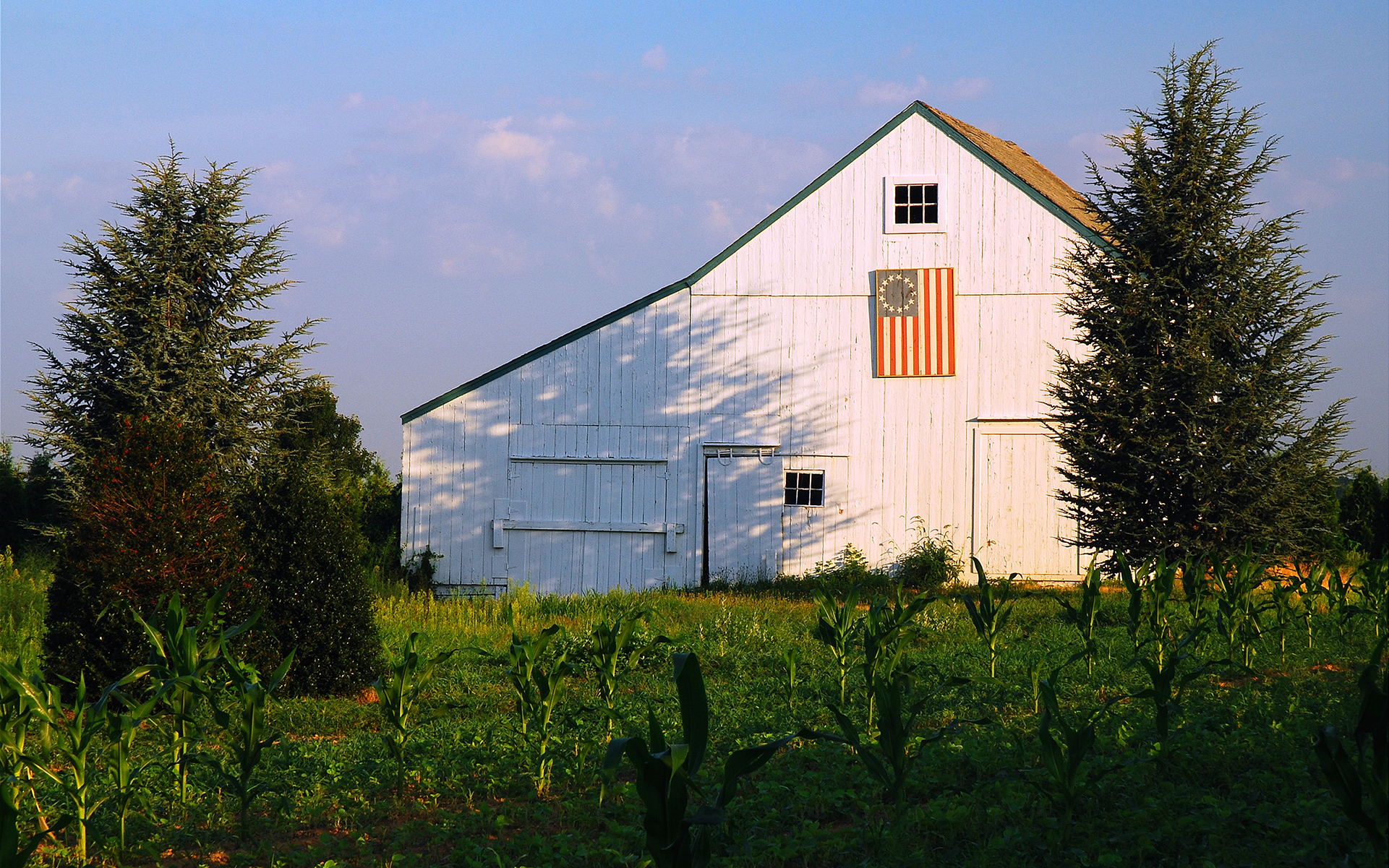 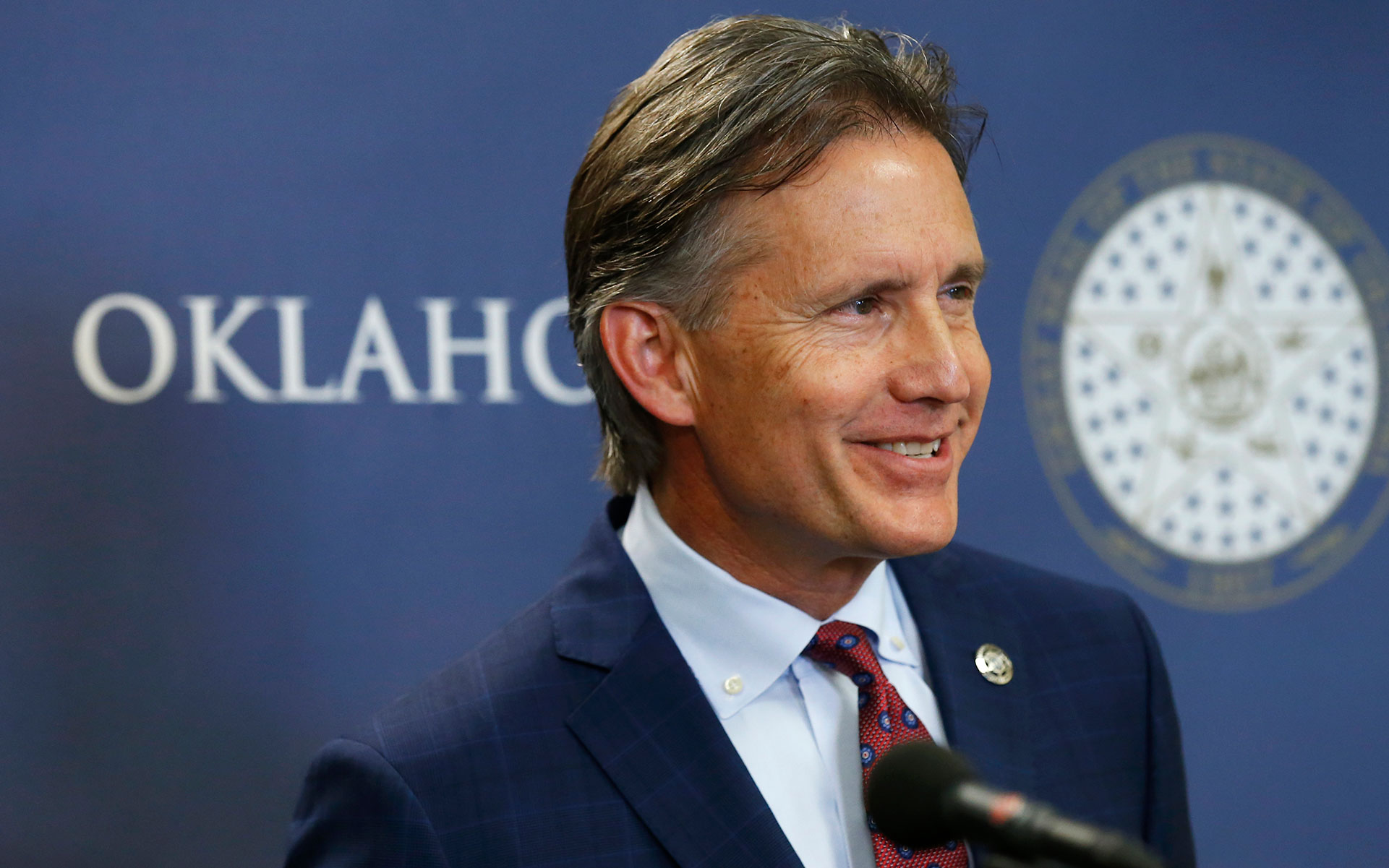 Oklahoma Officials Defied Will of the People, AG Says

Strains & products
Cannabis Strains and Products for Different Situations
Cannabis 101
Sativa vs. indica: An overview of marijuana types
CBD
How to find the best CBD cannabis product for you
Politics
What's Behind All the Delays in Newly Legal States?