Getting Licensed in Oregon: Portland Retailer David Alport Tells All 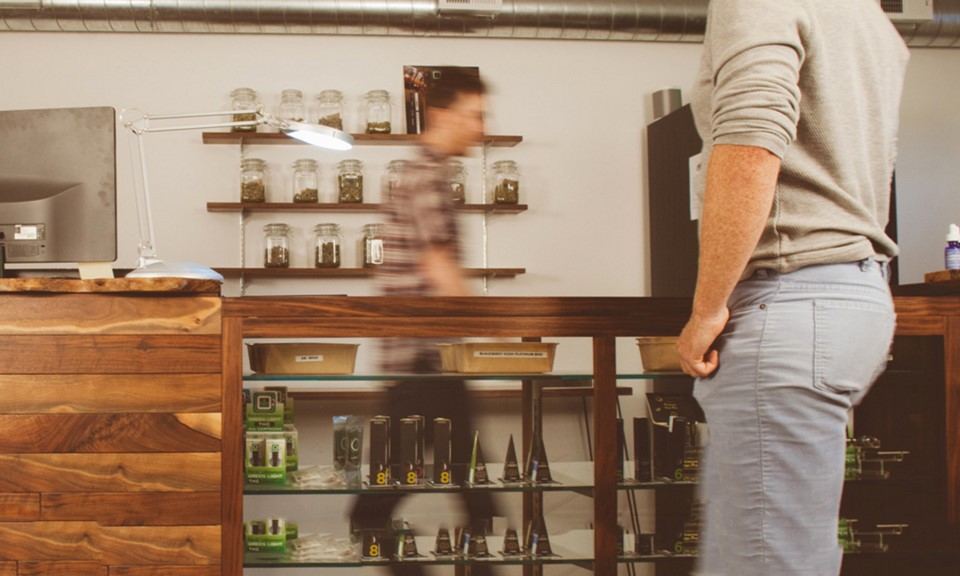 When Oregon's recreational laws took effect in October of last year, not a single recreational shop existed. Rather than delay openings by developing a process for licensing retail shops, the state simply allowed operational medical dispensaries to open doors to anyone over the age of 21.

Oregon is now phasing in its regulatory scheme in preparation to issue retail licenses. The Oregon Liquor Control Commission began accepting applications for retail permits last week, and it will continue accepting applications with no closing date in sight. State taxes came into effect on Jan. 4, although patients with an Oregon medical marijuana card can still purchase tax-free through the end of the year. The state intends to issue producer and laboratory licenses in February and retail licenses sometime in the fall, and applicants can hold multiple business licenses at a time, allowing for a vertically-integrated system. Unlike in neighboring Washington, Oregon has no cap on the number of licenses to be issued.

State officials anticipate issuing somewhere in the neighborhood of 850 total retail licenses, but that doesn’t necessarily mean 850 retail shops. Those licenses will be dispersed among producers, wholesalers, retailers, laboratories and research facilities.

Leafly reached out to David Alport, a veteran Oregon dispensary owner and prospective retailer, to see how the process looks from the ground level. Alport has been in the cannabis industry since 2009, beginning as a commercial medical marijuana grower before expanding his role to dispensary owner. He now owns and operates two of Portland’s most successful dispensaries, Bridge City Collective Southeast and Bridge City Collective North. We sat down with Alport to find out more about the retail licensing process.

Leafly: If you’re already operating a dispensary, do you have an advantage in applying for a retail license?

David Alport: I think we do, mostly because the city of Portland has its own licensing process that we already went through in December. We’ve already locked down our spaces in such a way that the competition can’t push us out. Not only that, but we have an advantage in that we’re building a loyal customer base in the recreational market.

L: Approximately how much total overhead is needed to open a recreational store?

DA: That’s a tough one. I will say that whatever your projections are, double it!

L: Why's that? What are the costs people overlook?

DA: The biggest cost new cannabiz owners overlook are the taxes. Until cannabis is declassified on the federal level, we won't be able to write off major operating expenses such as marketing and payroll.

L: Do you think the licensing process will affect medical patients?

DA: No. Oregon patients will still be able to access their medicine tax-free through 2016. I do worry that there won’t be as many safe access points, and so we’re hoping to co-locate eventually — that we can work with the OLCC to allow both [medical and recreational] licenses under one roof.

L: Are you applying for a retail license?

DA: We are. And you know, we’re not too concerned about not getting a license.

L: What do you mean?

DA: So far the state has allowed for somewhat of a free market. It's an "invisible hand" approach to letting the market play itself out. Right now dispensaries are selling medical marijuana for adult use to patrons 21 and older. Once the OLCC licenses take effect, we will be supplying cannabis that has been produced through the OLCC's new system. I would bet that the majority of existing medical dispensaries will be making the switch this year.

At this point, we’re more concerned with being really thorough, complete and making sure we have a well-rounded application. We’re applying for three producer licenses and two retail licenses.

L: Realistically, when do you think that recreational shops will be opening?

DA: Well, technically, they already are open. As for the new retail shops, they’re not going to issue retail licenses until sometime between October and December. My bet would be towards the end of the year; they’re going to need a lot of time to get their ducks in a row.

L: Do you think the excise tax will be a deterrent to potential consumers? Has it been so far?

DA: Well, the Oregon Health Authority tax is at 25 percent right now, but by 2017 it should go down to 17 percent, with another 3 percent tax that can be taxed per municipality. So no matter what, it will go down 5 percent by next year.

It’s tough to say. The Oregon Health Authority excise tax is 25 percent, and it only went into effect on Jan. 4. We saw a lot of traffic before the tax kicked in, a lot of people coming in and stocking up. Since then we’ve definitely noticed a dip in traffic, but it’s starting to pick back up. I’ve noticed that people are still spending the same amount of money. If they came in to spend $10, they’re still going to spend $10. It’s just that more of that $10 is going towards the tax than to the store.

L: Is an attorney necessary to help you through the recreational licensing process?

DA: No, but it’s helpful. We’ve been consulting an attorney while applying for retail licenses, and it’s been very helpful.

L: One last question. Which state do you think will be the next to legalize?

DA: Oh, man. Nevada’s definitely going to legalize, and I’d really like to see California legalize, too. It's just such a massive state, but there’s a lot that needs to go into a legalization push and I’m not sure [California is] quite there yet.