Poland Is Slowly Warming to the Healing Properties of Cannabis 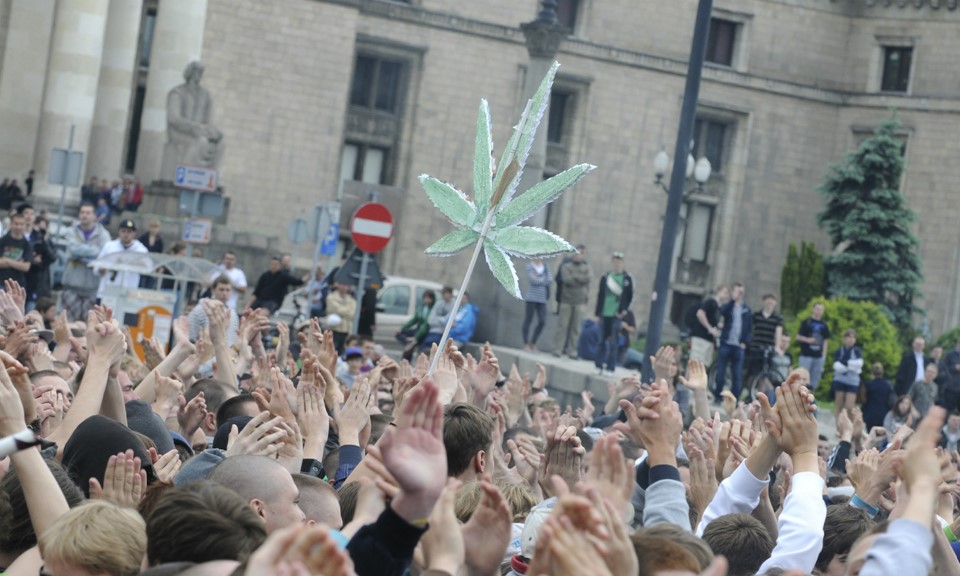 The Polish capital of Warsaw saw as many as 10,000 people turn out over the weekend for the city’s annual cannabis legalization demonstration, a peaceful march called Marsz Wyzwolenia Konopi (Cannabis Liberation March). The turnout, according to one of the organizers, Joanna Rutkowska, proves that more and more Polish people are fed up with prohibition.

The relationship between cannabis and Poles — there are 40 million of them — is a complicated one. Poland, by far the biggest and most populous country in Central Europe, is well known for its strong Catholicism and conservative traditions, both of which color attitudes against any illegal drug: In the eyes of most Poles, cannabis is a dangerous drug, like heroin or meth. But the tide might finally be turning as a result of an unprecedented increase in the number of sick people treating themselves with cannabis products, mostly extracts high in THC.

There are more objective media reports on the topic lately, thanks largely to the work of a new generation of Polish cannabis activists. With the influx of reliable information, public opinion on therapeutic use of cannabis seems to be shifting.

In 2011, the Polish government amended the drug law and officially decriminalized possession of small amounts of cannabis. But offenders are still arrested, and it’s up to the prosecutor alone whether to press charges or dismiss the case.

In March, former President Alexander Kwasniewski came out in favor of decriminalization. He encouraged considering all available options and noted that some jurisdictions have legalized cannabis without international repercussions.

Only a few years ago, if you’d have asked passersby in Warsaw about their views on medical cannabis, the vast majority would have either replied, “I don’t know” or “What are you talking about?” Today the situation is different. Medical professionals are becoming more and more interested in cannabis compounds, and patients are demanding legal access to the promising treatments. Media are not just presenting reefer madness; they’re also highlighting patients’ heartbreaking stories. And politicians are, at last, opening their eyes to possible forms of legalization.

Cannabis is starting to be seen as a medicine first and a drug second. Even some members of the clergy are now defending medical use of cannabis.

The case of Dr. Marek Bachánski, however, shows there’s still a long way to go. Bachánski, a renowned pediatrician, had to quit his position at a Warsaw hospital this past October after admitting he was treating young epileptic patients with cannabis preparations.

Like in most countries, the change has had to come from the bottom up. Just a few years ago, Polish activists repeatedly made dangerous journeys to the Czech Republic to smuggle back kilograms of cannabis extracts intended for seriously sick and dying patients. “Although it didn’t work for everybody, the positive results were overwhelming, and the word started to spread incredibly fast,” said Jakub Gajewski, a prominent Polish activist and the director of NGO Wolne Konopie (Free Cannabis).

Gajewski is currently facing up to fifteen years in prison for bringing “highly dangerous substances” — meaning cannabis extracts — from the Czech Republic to Poland. “I have never made any money on it and only gave it to sick people who needed it,” he said, “so I refuse all the accusations and I will fight our government at the International Court of Justice if necessary.”

Polish police did not take Gajewski into custody after he was arrested last year, and because his trial has not yet started, he and his fellow activists have been able to run a nationwide campaign for liberalization of cannabis laws in the country. They’ve organized dozens of seminars, medical conferences, and marches all around the country, and have even helped open a discussion in the Polish Parliament about legalizing medical cannabis.

Piotr Liroy-Marzec, also known as Liroy, a Polish parliamentarian and former hip-hop artist, earlier this year put forth a bill to legalize medical cannabis. But hopes of a fair law and access to medical cannabis faded in March, when Deputy Health Minister Krzystof Łanda announced the government will only refund payments for prescription cannabinoid spray Sativex and for dried flower from Dutch producer Bedrocan, and only if the doctor confirms that cannabis is the best medical option for a particular patient.

According to Polish journalist Jasiek Bluz, officials introduced the changes mainly to “get the activists off their backs and pretend they are actually doing something positive in this regard.” The reality, Bluz wrote, is that “doctors are scared as hell to prescribe cannabis, and so far there were just about four patients whose medical cannabis was refunded.”

Disappointing? Sure. But the genie of medical cannabis is out of the bottle in Poland, and it looks to be quite impossible to get it back in.