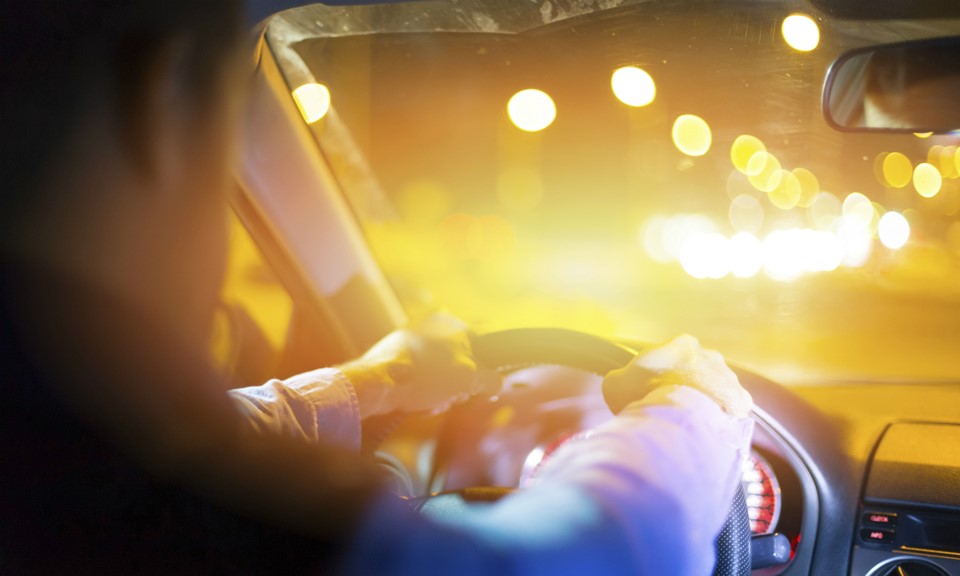 These are anxious times for Southern California’s booming cannabis delivery services. “Everybody’s just a little scared right now,” SpeedWeed co-founder Jen Gentile recently told Leafly. “Scared that their livelihoods, their businesses, and their patients are going to be taken away.”

If you’re a cannabis delivery service in Los Angeles, you drive around the city these days with a target on your back. After years of operating with impunity, the services now find themselves the focus of Los Angeles City Attorney Mike Feuer, who wants to drive them out of business.

In March, Feuer’s office won an appeals court decision that upheld delivery’s outlaw status in L.A. and kept one temporarily shuttered service, Nestdrop, from reopening. Then in May, SpeedWeed, another well-known service boasting more than 25,000 patients, agreed to halt operations within city limits in the face of an ongoing lawsuit.

Watching some of delivery’s biggest companies crumble in court has others running scared. “The majority of us were shocked that the city was using its resources to go after delivery,” acknowledged one illegally operating delivery manager, who asked to go by “Skip” to protect his identity. “We’re all kind of gambling.”

“Nestdrop didn’t faze me as much as SpeedWeed did,” Skip said. “I went, ‘Oh, this could actually be a real legal problem.’”

To increase their odds of survival, many delivery services that remain open are going deeper underground — hiding their names, obscuring the locations of their businesses, and offering little information about their products. That raises concerns for patients and policymakers, but operators say they don’t have a choice. “If you stick your head out of the gopher hole,” Skip said, “it’s probably going to get lopped off.”

For delivery services, their legal troubles stem from the same law that fueled the rise of the delivery industry itself: Proposition D.

Introduced by city officials in response to neighborhood complaints about storefront dispensaries, the 2013 measure, technically a zoning ordinance, sought to cut L.A.’s more than 700 estimated dispensaries down to just 135. Los Angeles voters approved Prop. D in a low-turnout May election. The law took effect immediately.

Hundreds of dispensaries closed in the aftermath. Feuer’s website says his office has shut down more than 500 illegal storefronts. But not all those businesses stayed closed. They’d formed relationships with others in the industry, hired staff, and amassed long lists of patients, and many wanted to continue operating. In an effort to avoid detection, many reopened as under-the-radar delivery services.

Skip, who managed a combined dispensary and delivery service, saw his storefront shuttered under Prop. D. “That’s when we went straight delivery,” he said. “People started realizing they were focused on a street address.”

Proposition D contains no exception for delivery services. “The [city’s] stance has consistently been that delivery is not allowed,” said lawyer Alison Malsbury, who has advised Los Angeles-area delivery services. And the Nestdrop appellate decision backs up that view.

Yet for years, the city of Los Angeles all but ignored delivery services, even as they flourished to the point of becoming well-known brand names, as happened with SpeedWeed. Between 2012 and 2015, L.A. led a nationwide boom that saw the number of delivery services triple.

“The thing you’re telling your client not to do is something that hundreds of other businesses are doing and not getting in trouble over,” she said. “That’s a difficult spot to be in as an attorney.”

Then, City Attorney Feuer finally pivoted, going after some of delivery’s largest, most visible actors. It’s been a common approach in past California crackdowns, and from a prosecutor’s perspective it’s a strategy that makes sense. A high-profile enforcement action will grab headlines, the thinking goes, and send a message to the rest of the sector that authorities mean business. It’s one of the reasons federal prosecutors went after Harborside Health Center in Oakland in 2012. At the time Harborside was considered the nation’s largest dispensary. Closing its operations would have sent a loud and clear signal to smaller players in the industry.

(In Harborside’s case, Oakland officials pushed back against the feds, declaring the dispensary a community asset and warning that closing it could create a public health crisis. After years of litigation, Harborside ultimately fought off the federal action.)

If deterrence is what Feuer’s office is after, however, the delivery sector isn’t listening. Though some operators have closed shop in the face of legal threats, many simply shroud their identities and locations in secrecy. “For every one they shut down, two rise up in its place,” said Skip, the delivery service manager. Numbers are hard to pin down, but dozens of Los Angeles delivery services are still happy to take your order by phone or online and drop it off curbside.

Why are they not shutting down or going elsewhere? Blame in part the strange history of Prop. D.

The law mandated that only 135 storefront dispensaries would survive with the city’s blessing. Priority was given to dispensaries that had been operating the longest — prior to 2007 — despite the fact the city once considered even those storefronts illegal.

With that in mind, many delivery services are simply trying to survive until the day they’re declared legal. If that day comes, service owners think it’s a good bet that those who’ve been in business the longest will again receive top priority for licenses.

“That’s literally what every single one of us is hoping will happen,” Skip said. “It’s going to happen. It’s just, can you survive long enough to get to that day?”

“The Prop. D guys were illegal until the day they weren’t,” he added.

SpeedWeed co-founder Gentile said she’s been contacted by other services since her company was sued. “When they ask me for advice, it’s really hard for me to tell them, ‘Continue to be open, continue to be transparent, continue to be good operators,’” she said. “That’s what we did, and we got served a lawsuit for it.”

Feuer’s office, for its part, isn’t offering much in the way of guidance. “While each matter is evaluated on a case-by-case basis, all medical marijuana businesses are subject to a broad interpretation of Prop. D, which prohibits all delivery services,” spokesman Frank Mateljan told Leafly in an email. Attorney Asha Greenberg, he said, the office’s point person on medical cannabis, was unavailable for an interview.

The municipal code “can be modified or changed by the City Council,” Mateljan added in the email, “but as of now those are the parameters under which our office is operating.”

As it happens, the City Council just started down the path toward modifying those parameters. Last month City Council President Herb Wesson introduced a motion to begin studying policies that could eventually replace Prop D. An update to the law could be ready for voters as soon as March.

While Feuer’s office beats the drum of Prop. D being “the voters’ will,” Wesson’s office sees it differently. Press Secretary Vanessa Rodriguez described the measure as “the city’s best attempt at creating a gray area for that time.” Past tense.

“I think it’s fair to say the City Council is looking at a more permanent solution,” she told Leafly.

As introduced, the new motion is silent on delivery services. At least one advocacy group has called for an amendment to change that. Rodriguez said in an interview that “everything is on the table for my boss, the council president, right now.”

“This motion was really a first attempt for the city to proactively create a framework for what we believe is coming down the pipeline,” she said.

Big changes, after all, are coming to California cannabis. Last year the state adopted a comprehensive package of reforms to the state’s medical cannabis industry, set to take effect in 2018. The new system specifically carves out a space for licensed delivery services, though it also allows local jurisdictions to ban them.

More significantly, California voters this November will decide whether to legalize recreational cannabis. The proposed Adult Use of Marijuana Act allows for delivery services, but it, too, gives broad regulatory control to cities and counties.

Delivery services are cautiously optimistic. “It’s fairly vague,” SpeedWeed’s Gentile said of the motion, adding that Los Angeles had already fallen behind cities like Oakland and San Francisco in terms of recognizing the need for delivery in a comprehensive medical cannabis program.

“We work very hard to try to make delivery a very legitimate, very regulated part of the industry,” she said, noting that SpeedWeed has worked with state groups such as the Board of Equalization and the Bureau of Medical Marijuana Regulation. “We’re finding great success everywhere else in the state — except for here.”

As the City Council rolls up its sleeves to rehash Prop. D in the coming months, patient advocates say, it’s important delivery services be part of the conversation. Most city officials, said Sarah Armstrong, director of industry affairs for Americans for Safe Access, “don’t understand how a delivery services following best practices works.”

Gentile agreed. “Delivery has always sort of seemed like the afterthought or the bastard stepchild of the industry,” she said. “They think of the guy with the beeper who shows up in the parking lot and hands you a dime bag. But this is not what delivery is.”

The best delivery services, said Armstrong at ASA, have spent years developing practices designed to protect both employees and patients — background checks, systems to prevent drivers from carrying too much cash or product, and so on.

“It starts with education,” Armstrong said. “If [delivery services] published a white paper like that — that I could use, that other people could use, to give to City Hall, to give to the state Legislature — that might really help.”

The city might be cracking down on delivery services, but those in the industry say that, legal or not, delivery’s not going anywhere.

“The crackdown is not going to stop delivery in Los Angeles,” Gentile said. “All it’s going to do is bring it into the black market.”

If Los Angeles is serious about ensuring safe access to medical cannabis but doesn’t want to drive the industry underground, said Gentile and others, city officials need to focus less on quashing delivery services and more on building a workable, up-to-date system.

“It’s really hard to bring an entire group of people that have lived very comfortably in the shadows for decades into a regulated, open, visible industry,” she said. “That’s what we’re trying to do.”