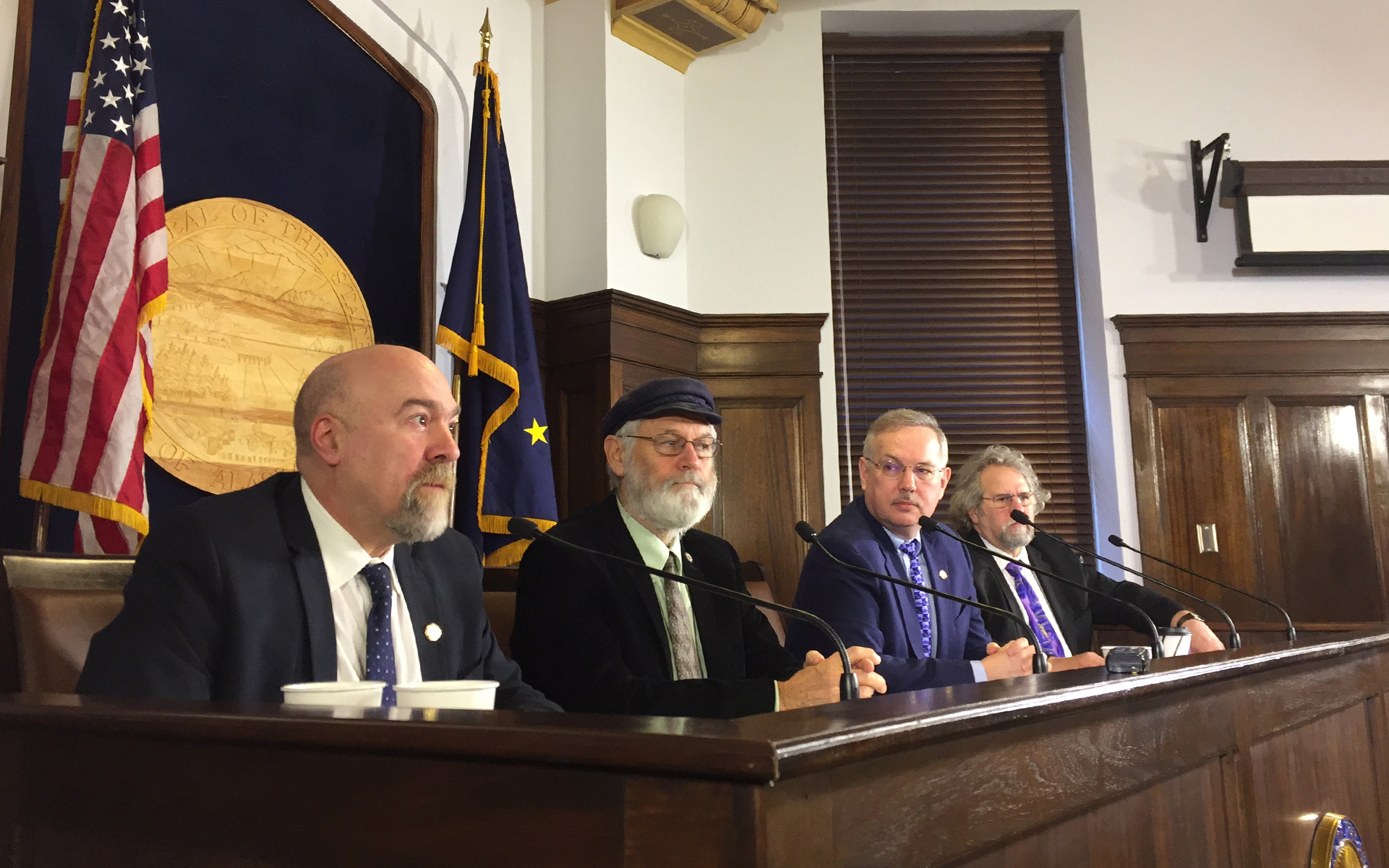 In this Feb. 27, 2018 photo, Alaska state Rep. Adam Wool, left, speaks during a House majority news conference in Juneau. Wool is sponsoring a bill in the Alaska Legislature that would bar the use of state or municipal resources to help federal enforcement of marijuana laws that are inconsistent with state marijuana laws, a move intended to protect cannabis shops operating within state law. (Becky Bohrer/AP)
JUNEAU, Alaska (AP) — Taking a cue from the fight over immigration, some states that have legalized marijuana are considering providing so-called sanctuary status for licensed cannabis businesses, hoping to protect the fledgling industry from a shift in federal enforcement policy.

“This is a new engine of a healthy economy.”
Ben Bartlett, Berkeley City Council

Just hours after U.S. Attorney General Jeff Sessions announced on Jan. 4 that federal prosecutors would be free to crack down on marijuana operations as they see fit, Jesse Arreguin, the mayor in Berkeley, California, summoned city councilman Ben Bartlett to his office with a novel idea.

Berkeley was already the first city in the nation to formally declare itself a sanctuary city on immigration, barring city officials from cooperating with federal authorities. Why not do the same thing with marijuana? Last month, it did.

“We knew we had to do something,” Bartlett said. “This is a new engine of a healthy economy.”

Others may soon follow Berkeley’s lead: Alaska, California and Massachusetts lawmakers are among those with similar bills pending, though the chances for passage is unclear.

Alaska state Rep. Adam Wool, who owns a movie, restaurant and concert venue with a liquor license in Fairbanks, said he introduced his bill as both a statement and a precaution.

“If the federal government wants to prosecute someone for breaking federal law, I guess they have every right to do that,” said Wool, a Democrat from one of Alaska’s major marijuana-growing areas. “I’m just saying, we will have no obligation to assist them.”

Sessions’ announcement invalidated a 2013 policy that allowed for legalized marijuana to flourish by limiting federal enforcement of the drug, as long as states prevented it from getting to places it was outlawed and kept it from gangs and children. His action also unsettled the industry and spooked potential marijuana industry investors. Marijuana is still illegal under federal law.

Casey O’Neill remembers helicopter enforcement raids of grow sites in California when he was growing up in the 1980s. It was then that his parents, carpenters who grew small amounts of cannabis, became school teachers, he said.

He now helps run a farm that produces vegetables and marijuana for medical use near Laytonville, California, and is glad lawmakers are looking at ways to push back against the federal government.

Over the years, enforcement “has been uneven, we’ll say, and that’s kind of one of the things about it. It just means that everybody’s always afraid, and that’s hard,” he said.

Dale Gieringer, director of California NORML, a marijuana advocacy group, said California has a lousy history with the federal government on marijuana enforcement.

“I don’t think the feds care too much about marijuana in Alaska, to tell you the truth,” he said. “But marijuana has been a big industry in this state, so we’re sort of on the front lines.”

There’s no apparent panic in the industry over Sessions’ change in policy, given limited federal resources and prosecutors having had discretion in bringing cases all along. But there isn’t complacency, either.

“I don’t think the federal government is going to effectively step in and wipe us out of business. I just find that hard to believe at this point. But they can make it hard for us,” said Jennifer Canfield, who co-owns a state-licensed marijuana cultivation operation and retail store in Alaska’s capital city, Juneau.

Peter Mlynarik, a police chief in Soldotna, Alaska, called the Alaska bill a terrible idea. He asked what would happen if a local agency were helping the federal government on a heroin bust but also found marijuana in the house.

“It’s crazy to put that burden on, especially, police officers that are supposed to obey federal laws,” said Mlynarik, who resigned from Alaska’s marijuana regulatory board after Sessions’ actions in January, saying it stripped the underpinning for the state’s legal marijuana industry.

Morgan Fox, a spokesman for the Marijuana Policy Project, said he can’t see federal agents raiding businesses that are complying with state law.

“But you can’t put it past them,” he said, adding that new U.S. attorneys have been appointed by President Donald Trump in many states. “I wouldn’t put it past at least a few of them to want to gain points with their boss. But I think, politically, it would be a disaster for them.”

Massachusetts’ sanctuary-style bill was prompted by comments from that state’s U.S. attorney, Andrew Lelling, who declined to rule out prosecuting commercial marijuana businesses that are legal under state law. He later said his priority would be prosecuting opioid crimes, not marijuana. 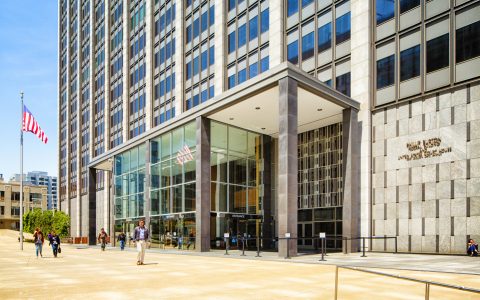 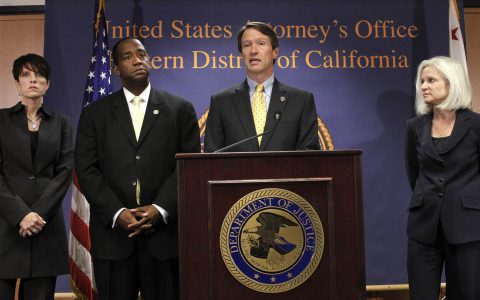 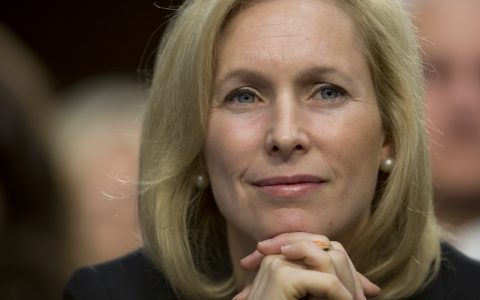 Trump and Dispensary Pigs: Cannabis Quotes of the Week