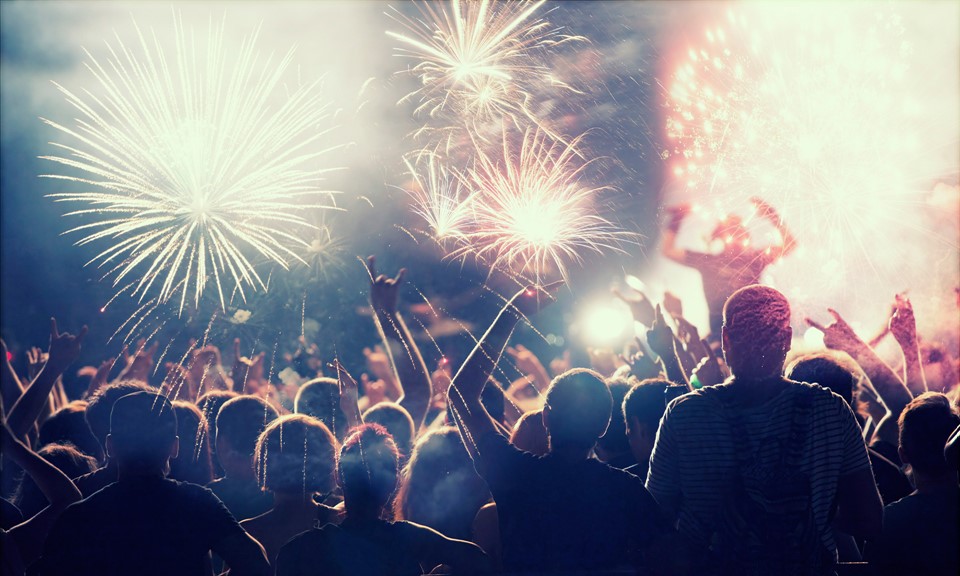 It’s been a year of notable progress for cannabis. Although 2015 was perhaps not quite as eventful as 2014 in major wins for cannabis legalization, this year brought cannabis more and more into the limelight as advocates secured meaningful victories across the country, states allowing recreational use grappled with the best way to regulate new markets, and new perspectives emerged even in states that had been staunchly anti-cannabis. Below is a roundup of some of the biggest victories the cannabis movement saw in 2015. Here’s to a beautiful year!

When Washington, D.C., legalized recreational use and possession of cannabis in last November's election, District residents could hardly believe it. Sure enough, when it came time for the laws to change, Congress — and one Maryland senator in particular — went out of their way to try to stop legalization from going into effect. Lawmakers blocked any District funding for recreational implementation and made sure the sale of cannabis remained illegal. Despite it all, D.C. prevailed. Although retail shops still don't exist, possession is legal and supporters often hand out cannabis seeds free of charge, as it is legal for adults to grow their own limited amounts.

There was never a more fitting tribute to Bob Marley than when the Jamaican Congress passed, on what would have been his 70th birthday, a law that effectively legalized cannabis for medicinal and religious use. The island nation has since begun licensing official growers as well as accepting applications for consumers who qualify for the program. Jamaica’s law is the first in the world to legalize cannabis for religious reasons, as the Rastafari religion uses “ganja” for spiritual and meditative purposes. It came decades too late, but somewhere Marley is smiling at the decision.

As spring began, three dauntless U.S. senators introduced a bill to revolutionize the way the country handles cannabis. The Compassionate Access, Research Expansion and Respect States Act, known as the CARERS Act, secured bipartisan support after being co-sponsored by Sen. Kirsten Gillibrand, D-NY; Sen. Corey Booker, D-NJ; and presidential candidate Sen. Rand Paul, R-KY. The bill would've provided formal protection for patients, doctors, and businesses in states where cannabis is legal. Since its introduction, the measure has since gained additional sponsors on both sides of the aisle. But so far it's stalled in the Senate thanks apparently to obstruction by Iowa Republican Chuck Grassley. Ah, well, there’s always next year.

Lawmakers in the notoriously cannabis-conservative state of Georgia faced off over giving patients access to cannabis oil. One unexpected legislative hero emerged in Rep. Allen Peake, R-Macon, who saw numerous efforts fall short but fought on undeterred. He eventually secured passage of the Haleigh’s Hope Act, which legalizes the possession and use of cannabis oil for patients who qualify under nine qualifying conditions. Unfortunately, there's still no system for patients to obtain the medicine aside from procuring it in another legal state, but Rep. Peake is working to bring in-state cannabis oil production to Georgia. Keep fighting the good fight, sir!

After a lengthy and arduous debate on the topic, Gov. Alejandro Garcia Padilla issued an executive order authorizing the use of cannabis in Puerto Rico for medicinal purposes. The order grants the Puerto Rican Health Department authority to allow the medical use of some or all components of the cannabis plant, under the guidance of Secretary of Health Ana Ruis.

Holy smokes! Another conservative state taking steps towards legalization is definitely something to celebrate. But as strict as the laws still are, Texas is no stranger to cannabis. Just this year, the state legislature took six marijuana bills under consideration. The lone approved bill gives limited access to CBD oil to for patients with severe epilepsy and seizure disorders. Yes, unlike most things in Texas it’s small, but progress is progress. Now, c’mon, Texas — where’s the “go big or go home” attitude?

In Washington state, the much-maligned Senate Bill 5052, otherwise known as the Medical Cannabis Patient Protection Act, drew protests from patients, and for good reason: Within months of the law being signed, more than 60 dispensaries were forced to close their doors, and patients under the age of 21 were left without access. However, some major positive benefits did stem from the change, Safety regulations are now in place establishing testing standards and quality control, edibles will be more carefully regulated and therefore easier to dose properly, and, best of all, the Washington State Cannabis and Liquor Control Board recently announced the addition of more than 200 new retail licenses to be distributed to dispensaries.

While Congress broke for the summer, heartwarming news arose from Missouri. A low-level cannabis offender who had been sentenced to life in prison for his crimes gained enough support from the community and the state that he was released after 20 years behind bars. Jeff Mizanskey’s son started a petition that gained nearly 400,000 signatures and, in so doing, started a movement. Gov. Jay Nixon granted Mizanskey clemency and Mizanskey walked out of Missouri prison, hugged his baby granddaughter for the first time, and went out for a meal of steak and eggs with his family for a taste of freedom.

The U.S. government's principal agency for cancer research, the National Cancer Institute, published a single sentence that spoke volumes. The phrase was found in the federally funded and government-run body's list of “Complementary and Alternative Medicine,” in a section on Cannabis and Cannabinoids contains. It simply stated that “Cannabis has been shown to kill cancer cells in the laboratory.” That tremendous conclusion was one of the first signs of the government could maybe, just maybe recognize the medicinal potential of cannabis that so many thousands of patients have already discovered.

Oregon legalized marijuana for recreational purposes in 2014’s general election, but the state took a different route to legalization than Washington and Colorado. Rather than wait for the time-consuming process of drafting regulations, issuing licenses, and waiting for harvests, Oregon stepped right into legalization by opening medical dispensary doors on Oct. 1 to anyone over 21. More retail shops will undoubtedly open, but in the meantime anyone with valid identification can purchase up to an ounce of cannabis for personal use. Dispensaries are to prioritize medical patients over recreational consumers.

The approach is much easier for Oregon cannabis lovers; rather than twiddle their thumbs while lawmakers wrangle regulatory red tape, they can easily access high-quality, locally sourced buds from their existing medical cannabis shop.

As the presidential debates heated up, the pressure was on for candidates to prove that they have what it takes not just to run a country, but to improve it. As far as cannabis goes, none proved that more clearly than Democrat Bernie Sanders, the wild-haired senator from Vermont, who proclaimed that one of the biggest obstacles facing the country is the high population of prisoners behind bars for nonviolent drug offenses. (It's safe to imagine Jeff Mizanskey would agree).

Sanders broached the topic of federal legalization during a rally in November, then went a step further by introducing groundbreaking legislation, on par with the CARERS Act, to remove cannabis entirely from the Controlled Substances Act, a measure that would essentially remove all existing federal crimes surrounding cannabis.

Canada ended the year strong, welcoming a cannabis-positive prime minister elected on a campaign platform of federal legalization. Justin Trudeau swept into office and immediately began making change. He rearranged his cabinet to be gender-inclusive, welcomed Syrian refugees into the country, and ordered Minister of Justice Jody Wilson-Raybould to begin developing a process for legalizing the cultivation, distribution, and purchase of cannabis for recreational consumers. From where we are now, 2016 is looking mighty fine in the Great White North!

As the year draws to a close, the time is nigh to prepare for a major legalization push, especially as November's presidential election approaches. Gear up and get ready, because 2016 could very well be the year that ushers in legalization.