Watch This: Giant Joints and Cannabis Pride at the DNC in Philly 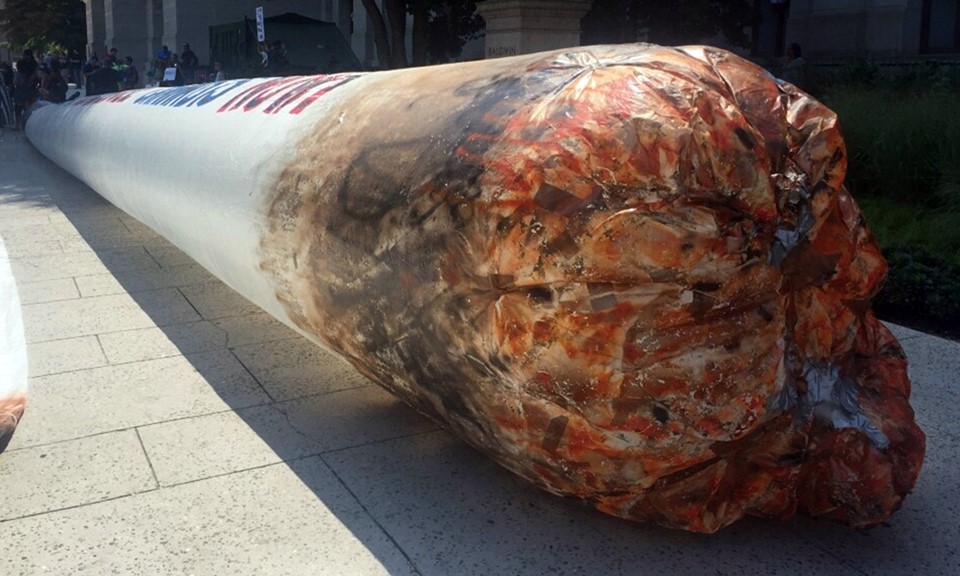 ICYMI, two giant, inflatable 51-foot joints infiltrated the Democratic National Convention in Philadelphia on Monday. Activists took on the heat and the political fracas to advocate for legalization.

The joints will be out in again today for those in Philly who want to show their support at the Cannabis Pride Parade, which begins Thursday at 3 p.m. at the corner of West Oregon Avenue and South Broad Street. Come out of the cannabis closet and show your support for the movement on the last day of the Democratic Convention!

Narrated by Philly activist N.A. Poe, and featuring cameos from Chris Goldstein of Freedom Leaf Magazine, numerous Philly NORML members, and Adam Eidinger, the leader of the DCMJ White House smoke-out this past April 20, this video, taken Monday, gives us a glimpse into the madness and magic in the sweltering streets of Philadelphia during a major political event.

Jen Zavala, one of the hosts of The Panic Hour, a Philly-based podcast devoted to legalization, summed up the spectacle perfectly: “Right now we’re seeing democracy at its best.”