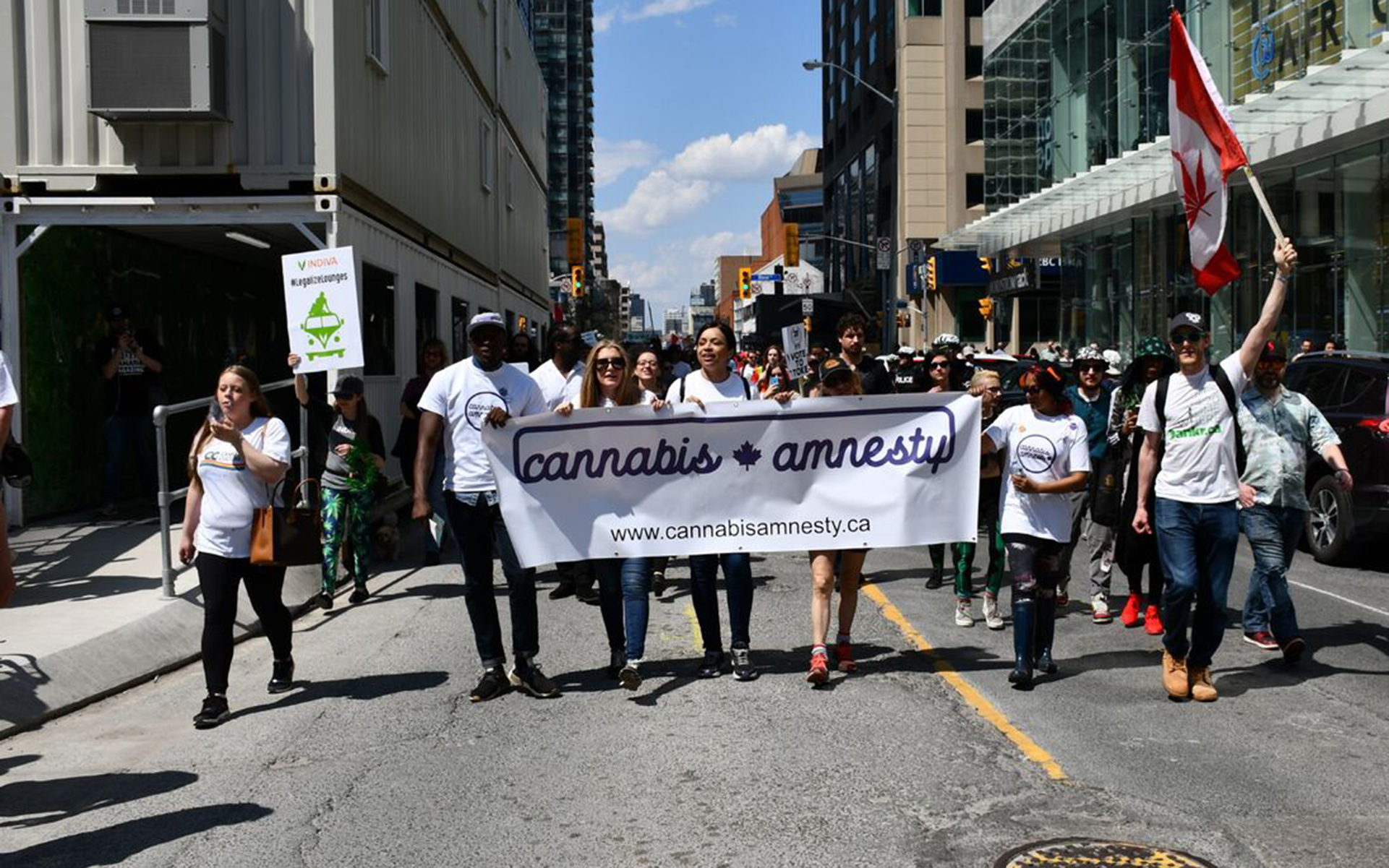 (Courtesy of Cannabis Amnesty)
On the first Saturday in May, within the shadow of the Ontario legislative buildings, protesters and activists gathered at Queen’s Park in downtown Toronto for the Global Marijuana March. Among the crowd was lawyer Annamaria Enenajor, the director of the Campaign for Cannabis Amnesty, which launched officially that afternoon with a petition demanding the deletion of records relating to minor cannabis-related convictions. By the end of the day, they had collected more than 1,000 signatures.

The Campaign for Cannabis Amnesty is making sure the government can’t continue to deal in erratic hypocrisy, but must actually address the systemic and oppressive failings of prohibition.

This shouldn’t be surprising. A poll conducted by Nanos Research and The Globe and Mail last year showed that 62% of Canadians either support or somewhat support pardons for cannabis possession. But the fact that the issue of cannabis amnesty has been left to signature-gatherers is damning. The Liberal Canadian government has skirted the issue of cannabis pardons since it came into power on the promise of legalization in 2015. They’ve said many words, to be sure, but it’s mostly been politicking and conflicting messaging, which has added up to inaction.

Two years ago, Bill Blair, the former Toronto police chief turned Liberal lead on cannabis legalization, said the government would not consider pardons for people with previous possession charges. “That is not currently under discussion,” he said. “It is not being contemplated at this time.” Two days before making this pronouncement, Blair described the disproportional enforcement of marijuana laws to the National Post as “one of the great injustices in this country,” decrying “the impact that it has on minority communities, aboriginal communities and those in our most vulnerable neighbourhoods.”

While Blair flip-flopped, Justin Trudeau expressed a basic interest in cannabis amnesty. “That’s something that we’ll be looking into as we move forward,” he said at a campaign stop in Vancouver in August 2015, when asked about pardons. “There has been many situations over history when laws come in that overturn previous convictions and there will be a process for that that we will set up in a responsible way.”

As time has passed, the government’s views regarding cannabis have evolved. They are aware of the social stratification of cannabis—for example, the way the laws around it have been unequally applied, targeting marginalized citizens and people of color—but being aware isn’t enough. Action is required.

Pressuring the Government to Act

The Campaign for Cannabis Amnesty is making sure that pressure remains applied to this cause, so that the government can’t continue to deal in erratic hypocrisy, but must actually address the systemic and oppressive failings of prohibition.

In Ontario, a provincial election looms and recently, Public Safety Minister Ralph Goodale has emitted some sounds about the government again considering the implications of pardons. Trudeau, meanwhile, has maintained that amnesty is something the government will look at, eventually, probably, someday.

It’s hard to call the punitive approach of Bill C-45—with its 14-year sentences for certain offences—legalization.

Cannabis pardons would be one of the simplest ways for the government to atone for past mistakes—and mistakes that continue to be made. In 2016, Trudeau’s first year in power and the most recent year on file with Statistics Canada, there were more than 44,000 cannabis possession incidents across the country. While the government took power with promise of legalization,  it’s hard to call the punitive approach of Bill C-45—with its 14-year sentences for certain offences—legalization.

As for those already in prison for cannabis crimes, or whose lives have been upended by past criminal charges, the prattle and hesitation around pardons sends a clear message: Freedom can wait.

One person who has been charged since the Liberals took power is cannabis activist Jodie Emery.

The Cannabis Act, Emery says, does not accomplish those things.

Canada’s Green Rush: An Interview with Jodie Emery, the ‘Pot Princess of Vancouver’

Emery says her goal is to simply end the criminalization of cannabis, full stop. “There should be no criminal laws associated with cannabis whatsoever,” she says.

In the meantime, she is fighting for amnesty for not just simple passions charges but any and all cannabis-related convictions.

“The first step should be recognizing that everyone who has been criminalized before, who was a peaceful, non-violent victim of an unjust law, they should receive a complete pardon, complete amnesty and ideally, even reparations, given that cannabis prohibition has been an unfair policy unequally applied to all people,” she says. “It’s definitely been a racist war, a war against people of color, the marginalized, and the poor.”

With C-45 expanding the offences and regulations around cannabis, it is a war that is likely to continue, and one that the Campaign for Cannabis Amnesty is dedicated to fighting.

“To continue to punish people long after their sentence, there’s really no public purpose for that.”
Annamaria Enenajor, founder of the Campaign for Cannabis Amnesty

“I think it’s a very ingrained part of policing culture,” says Campaign for Cannabis Amnesty founder Annamaria Enenajor. “It’s very against and opposed to marijuana. Even when some aspects of it will become legal, I still think there is a potential for the mentality and culture of policing to continue the same pattern of assumptions based on racial identity that have plagued the criminal justice system to date. That’s going to be hard to stop. It may take awhile for the culture to change.”

The consequence is individuals losing their freedoms. Once those sentences are applied there is no end date. Past convictions continue to impact a life, from someone’s ability to travel and get a job to their ability to volunteer on their kid’s soccer team.

“To continue to punish people long after their sentence, there’s really no public purpose for that,” Enenajor says. “I think we’re all culpable in this, this reflects on all of us, there is an unequal and uneven way in which this law has been prosecuted and it’s unfair that people have the rest of their lives limited by things that other people do and have no consequences for.”

Will the Industry Get Involved?

How the past will affect the future is a question that’s also being asked on the industry side of cannabis, where the people in position to profit are indebted to those who came before them.

“It’s an injustice to have people carry the burden of criminal records for cannabis-related crimes. It has to be a priority, that we understand how to correct that injustice.”
Imre Kovacs, cannabis entrepreneur and advocate

“I think anyone that’s been in and around the industry is thinking about it,” says Imre Kovacs, a cannabis entrepreneur and advocate. “It’s part and parcel of the conversation around who should be allowed to participate in the newly regulated cannabis industry. The reason we’re having that conversation is because people broke the law. We don’t have this sort of social and economic change unless people dissent. Unless they practice civil disobedience and other forms of protest to incite conversation and dialogue about why do we have this law on the books and how do we get it off the books and put something there that makes sense.”

Kovacs also express concern about the regulatory approach of C-45.

“It’s ironic in the context of legalization that we’re talking about laws that are tougher than before. We have this regulated framework, this corporatization and gentrification of cannabis and now breaking the law is more serious than it used to be. Cannabis is becoming more illegal in a sense, then it has ever been. That’s not right. That now what the people who fought for this conversation had intended.”

For those looking to get involved in the legal industry, the barriers to entry to become a licensed producer are significant. “Anybody that knows anything about that process will tell you that it is anything but an inclusive way to regulate the production of cannabis,” Kovas says. “It’s a very very difficult and expensive application process that is not fairly accessible to everyone.”

He is hopeful that these issues will be amended in time, but not before many tax dollars are wasted in figuring things out.

“It’s unjust that Canadians continue to be harmed by criminal records as a result of a law that the government now admits was wrong.”
lawyer Jack Lloyd

“This is a global movement. This is not isolated to a province in Canada, or the country of Canada, or even the continent of North America. This is a global movement and a recognition that this historically used plant should never have been maligned and prohibited the way it has been,” he says. “I really think that it’s an injustice to have people carry the burden of criminal records for cannabis-related crimes and some people still languishing under prison sentences or probation. It has to be a priority, that we understand how to correct that injustice.”

The delay in correcting it, says cannabis lawyer Jack Lloyd, is so the government can see what the consequences of legalization look like first. He disagrees with this approach.

“I would urge them to offer the pardons immediately,” he says. “It’s unjust that Canadians continue to be harmed by criminal records as a result of a law that the government now admits was wrong.”

“The government knows they will appear extremely hypocritical if they keep hurting people for simple possession,” Emery says. “Blair and Trudeau both admit it’s an unjust policy that has been racist and unfair so they need to address that.”

While there are rumblings that the Liberals have begun working on an approach to pardons, if they don’t act, there are other avenues to take, Lloyd says.

“An important thing will be a constitutional challenge to the criminal records act in relation to cannabis and the pardons act, that’s where it’s going to keep going if the government doesn’t act in a sensible manner,” he says. “This is an important part of the unjust war on the cannabis plant and the cannabis community. The government needs to take responsibility for the failure of prohibition. That’s the guiding light here.” 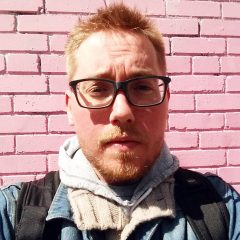 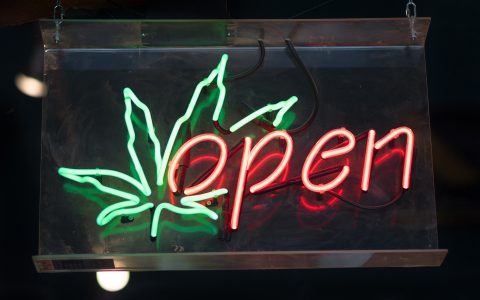 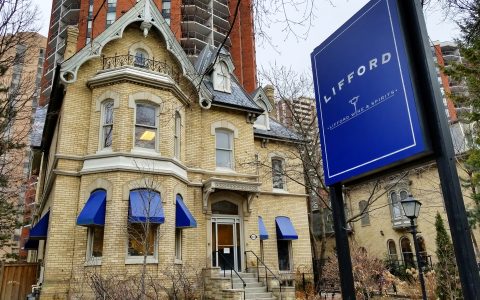 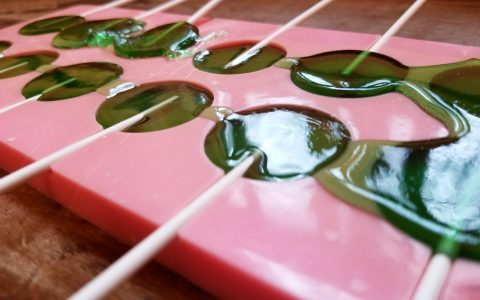 Canada
In the Kitchen With a Black-Market Edibles Maker