Alexa PetersJuly 1, 2019
Hey, it goes under the tongue not on the tongue. (filo/iStock)

As the cannabis market grows, consumption methods are expanding beyond bongs, joints, and edibles.  Now you can put a tiny strip of cannabis film under your tongue.

Sublingual strips have become a burgeoning part of the market because of their fast-acting effectiveness and discreetness.

Sublingual strips have quickly become a burgeoning part of the market because of their fast-acting effectiveness and discreetness. But how exactly do these tiny little film strips work?

Sublingual cannabis strips work by interacting with the body’s oral mucosa, the absorbent membranes under your tongue.

Those sublingual membranes are tough. They’re designed to withstand shearing and stretching from chewing, and to regenerate cells quickly. They have several functions, primarily to act as a barrier and protect the deep tissues and organs of the mouth from microorganisms introduced orally.

The membranes also play a part in providing sensation in the oral cavity (so you know what’s going on in there after you take a bite), as well as secreting saliva to keep the mouth moist and help break down any ingested food.

Sublingual membranes have also been long used as a way to dose humans with certain pharmaceuticals, because of the mucosa’s extraordinary degree of permeability. For instance, Subuxone, a prescription medicine meant to help treat those with an opioid dependency, is most often delivered through a thin film that dissolves under the tongue.

A big reason why sublingual absorption has caught on with cannabis consumers—and especially with medical patients—is that the effects are as fast-acting and consistent as smoking or vaping, while allowing the consumer to avoid inhalation altogether. What’s more, they offer a much faster onset and a more consistent effect than other smokeless options like edibles.

The strips are taken orally, but they don't carry the risk of extreme reaction that edibles can sometimes bring.

Sublingual absorption works so well because it avoids the gastrointestinal system, where gastric acids and enzymes sometimes convert delta-9 THC into the more psychoactive form of 11-hydroxy THC.

“More often than not, [first-time consumers] will try a cookie or a gummy and they’ll have a very intense experience that scares them off of cannabis. And then we lose that participant in our industry,” said Josh Kirby, CEO of California-based sublingual strip brand Kin Slips. “Sublingual strips avoid that by going directly into your blood stream through that membrane underneath your tongue. It doesn’t pass through your digestive system and it doesn’t interact with those enzymes and digestive fluids that can convert it to that hydroxyl-11. So you get a pure delta-9 experience, which feels just like smoking or vaping. This is why it’s so much more controlled and clear.”

How to properly dose

The most important thing to remember when using a sublingual cannabis film is to put it under your tongue. Putting the strip on top of your tongue keeps it from adhering to the oral mucosa, which it’s specially formulated to do to deliver optimal effects.

Place it under the tongue and keep it there. Under, under, under!

Many brands of sublingual strips struggle with this misunderstanding, largely because people mistakenly associate sublingual cannabis strips with mouth fresheners like Listerine Breath Strips. And, to be fair, some of the strips on the market do add a minty flavor—the best for masking the sour cannabinoids and terpenes. But cannabis strips work differently than a dissolvable breath strip, and if you place them on top of your tongue you’ll likely be disappointed.

When you put the strip under your tongue, though, the product works like a charm. The key is to keep your mouth closed for about three to five minutes as the strip dissolves.

Kirby said Kin Slips’ average dissolve time is about one minute, but other strips may take more time, or even less. When you start talking to your friend about the experience, or smacking to get a better idea of the strip’s taste, you move it off the sublingual membrane it’s designed to stick to and diminish the strip’s effects.

Related
CBD (cannabidiol): What does it do and how does it affect the brain & body?

No odor, out of sight

Another benefit of sublingual strips for cannabis users is their discreetness. Individual strips are about the size of a nickel and as thin as a sheet of paper. This is one of the only forms of cannabis that you can keep easily in your pocket or purse. For medical patients and adult consumers, this can be a great way to get the cannabis into your system without calling attention to yourself—something that older users, especially, are concerned about.

What’s more, brands like CBDfx recently launched their first CBD-only sublingual strip. They saw a hemp-based strip as a convenient mainstream item. “We have a pretty good reach when it comes to convenience stores, so a lot of our products are grab-and-go items in the sub-$10 category,” said Christian Graverson, Brand Manager for CBDfx. “We also wanted to make sure the dosing was accurate and that absorption was as high as possible. For those deliverables, we find that the sublingual strip was superior to anything else.”

Generally, film strips are made by taking a slurry— a smoothie-like substance that includes everything you want in your strip—and pouring it on a substrate, or surface. Then, a machine spreads it out thin, sends it through an oven, cuts it into strips, and then packages it to be sold. It sounds pretty simple, but there are several challenges when making a cannabis strip.

Firstly, making thin film cannabis strips can be tricky because, unlike with a patient taking Saboxone, there’s an expectation that a cannabis or CBD strip will taste good while delivering its effect. What’s more, cannabis strips utilize a concentrated cannabis oil, usually in the form of a distillate or isolate, which tastes especially bitter to the tongue and can be difficult to mask.

“An average sublingual strip weighs about 150 mg—and you’re trying to put 10mg of THC or CBD into it,” explains Kirby. “That’s a huge percentage of the total matrix, and on top of that you have to use all things to make the film actually accept [the cannabis] so you end up with a very limited amount of space to add flavors or masking agents or whatever else you want to do to get that [unwanted] flavor to go away.”

Not easy to sweeten it up

When artificial flavors are introduced to the strip, new challenges emerge. Many sublingual strips use artificial sweeteners and colors that can deliver allergens and chemicals that are unhealthy for patients. Additionally, many strips use chemicals in the formulation of the strip in order to keep cannabis, CBD, or whatever they’re trying to deliver on the film they’ve formed. All of these chemicals can contribute to a sort of “diet soda” aftertaste, Kirby says.

“Our big challenge was how do we find an emulsifying stabilization agent—a fancy way for how do we keep everything in place—without using chemicals,” said Kirby.

Related
How to help a friend who got too high

Where to find sublingual strips

Sublingual strips can be found in a variety of retail locations. Kin Slips (which include THC and can’t be sold over state lines) are sold in California cannabis stores, while CBDfx works with convenience stores to sell their CBD-only strips by the register in thousands of retail locations.

Wherever you find these sublingual strips, it’s best to look into the source of the cannabis or hemp, the manufacturing process, and if third party testing has been completed before purchasing. Most brands should make this sort of reconnaissance easy for you—look for “certificates of analysis” on their website, or like with CBDfx, there is a code on the back you can scan to get the full breakdown of what’s in their product.

Once you buy the strips, it’s best to store them at room temperature to keep them from melting or breaking down in their packaging. Other than that, they’re an easy way to your medical or adult-use dose of cannabis or CBD in a low-key and fast-acting way. 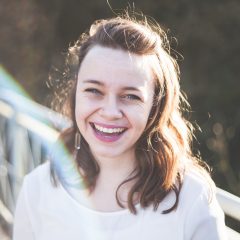 The latest in Cannabis 101

Show all
Cannabis 101
Cannabis college enrollment spikes during COVID-19
Veronica Castillo
Cannabis 101
How does cannabis get its color? Here’s why some strains turn purple
Bailey Rahn
Cannabis 101
What are live resin cannabis concentrates?
Patrick Bennett
Cannabis 101
Ways to use your weed stems
Cassidy Rush
Sign up for more Leafly news
Thank you for subscribing!