The study’s findings seem to contradict a large body of emerging evidence suggesting cannabinoids may lower risk for Alzheimer’s and may even be useful in treating the disease. Consistent with the research, Juan Sanchez-Ramos, MD, PhD, a professor of molecular pharmacology and physiology at the University of South Florida and a recognized expert on neurological disorders, believes cannabinoids — by virtue of their neuroprotective and anti-oxidative actions — have the potential to “slow the onset and progression of neurodegenerative conditions.”

The research thus far begs the question: how could cannabis — with its demonstrated neuroprotective properties — increase the risk of Alzheimer’s? Was this a situation where the media misrepresented a study, or did the study’s authors exaggerate their findings? 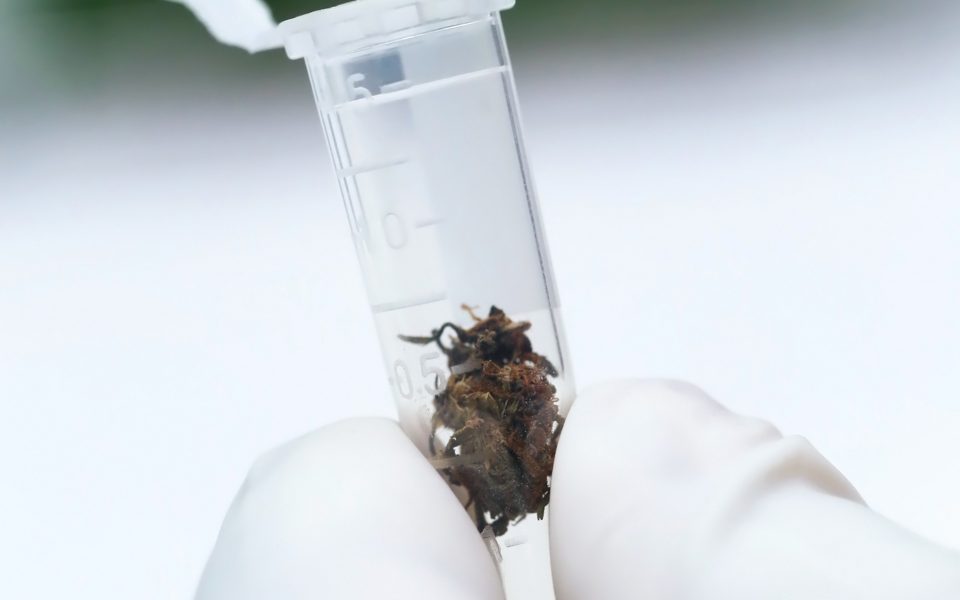 Is a “marijuana user” a clinical cannabis patient? An occasional recreational user? According to Amen’s study, he studied individuals “with a diagnosis of cannabis use disorder by DSM-IV and DSM-V.” In other words, participants were people who are addicted to cannabis. See the problem? We’re dealing with a very small subset of the population.

Leafly reached out to Dr. Dave Schubert to get his take on the study. Schubert is a professor and head of the cellular neurobiology laboratory at the Salk Institute, and in June 2016, he published an important study that found cannabinoids remove plaque forming Alzheimer’s proteins from brain cells. Schubert notes that few people who use cannabis become physically addicted, yet this was the population Amen and his team studied (clearly not a representative sample of the cannabis using population). To put things in perspective: 91% of those who try cannabis do not get addicted.

While causality and longevity continue to be debated, most well-designed, properly controlled studies have only demonstrated persistent adverse cognitive effects (which are generally mild) in heavy cannabis users. These effects appear to be reversible after periods of abstinence (ranging from one to six months). An 8-year cohort study, for example, of more than 2,000 subjects (including abstainers, light users, former light users, heavy users, and former heavy users) found no difference in cognitive performance among groups except current heavy users. Findings suggest quitting heavy use is associated with a reversal in adverse cognitive effects. (Notably, an increasing number of studies suggest cognitive declines persist in chronic users who start during adolescence.) 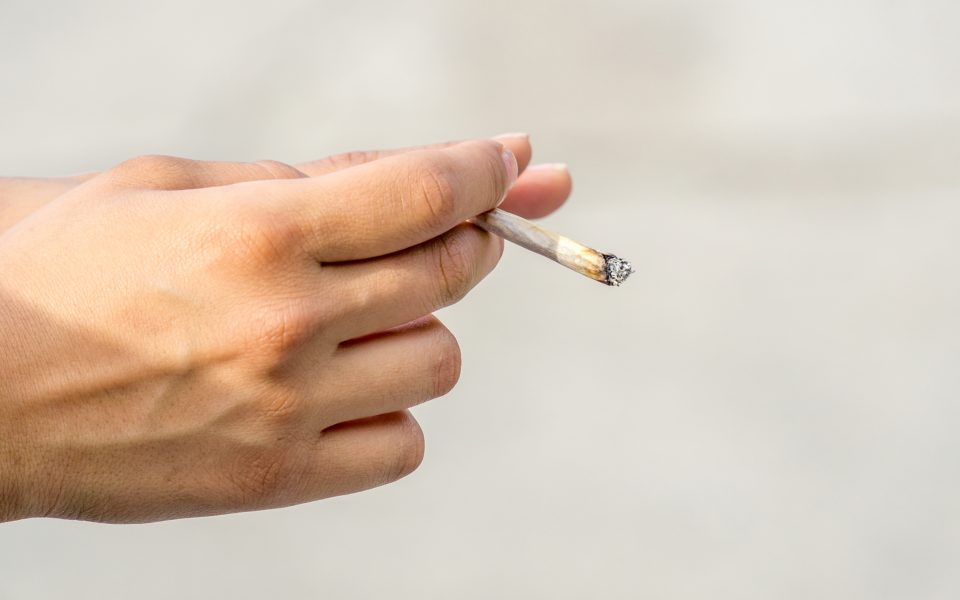 The small subset of the cannabis consuming population that Amen’s team looked at also have a high rate of comorbid psychiatric conditions (approximately 95%) and often misuse other substances — a fact Dr. Amen acknowledges on the addiction treatment section of his website. Yet, the use of other substances (like alcohol, nicotine, and other drugs) and other conditions may also contribute to decreased cerebral blood flow issues.

In Amen’s study, he notes that of the nearly 1,000 cannabis-dependent subjects he studied, 67% had ADHD, 35% had major depressive disorder, and 47% had traumatic brain injury (TBI). He failed to mention nicotine or alcohol use.

Schubert notes, “There was a minimal attempt to control for comorbid conditions that could influence cerebral blood flow in this study.” But he adds, “The bottom line is that the excessive use of any of these items leads to big medical concerns. It is quite clear that cardiovascular problems are caused by all of them, but we simply do not know if this occurs with marijuana — much more work is needed both from the toxicology and medical use ends of the issue.”

Dr. Gary Wenk, director of neuroscience programs at Ohio State University and a leading authority on Alzheimer’s disease research (with a focus on drugs that can slow the progression of Alzheimer’s disease) shares his perspectives with Leafly: “All of the study’s participants had been previously diagnosed, using a DSM label, with ‘marijuana use disorder.’ That means that these people were true addicts, not your normal weekend smoker.”

The consensus seems to be that the population Amen studied — with its high use patterns and comorbids —  can tell us very little about the risks of cannabis in the vast majority of users. 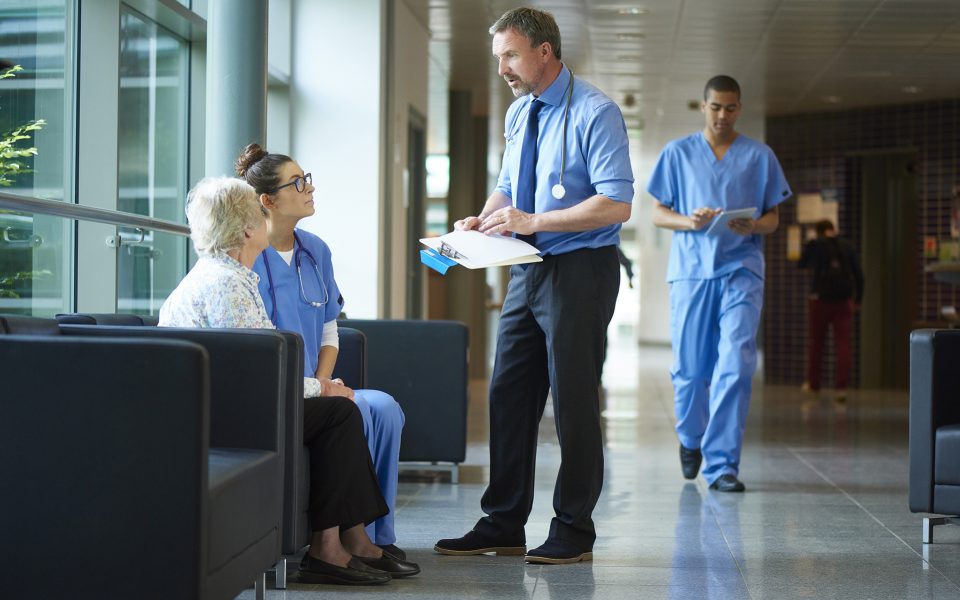 In Amen’s own press release and media reports, he studied nearly 1,000 “marijuana users” (more accurately, users with clinically diagnosed cannabis use disorder — conveniently omitted). He excluded approximately half of the 1,000 subjects because of TBI, leaving 436 subjects that use cannabis heavily. Clearly, had he left those subjects in the study, even a naive reader would find that peculiar. But, one wonders, why did he exclude them after the fact? These were patients in his clinic’s database — not prospective participants he was screening. Why did he even consider them for the study in the first place?

“The researchers included 982 individuals who used marijuana. That sounds like a lot —  actually, it’s not for a study that is asking this type of question. Does a change in blood flow correlate directly with getting AD? Certainly not,” claims Wenk. “Many things correlate with getting AD, such as small head circumference, being short, head injury, etc. Also, they did not control for gender or ethnicity or duration of use or addiction vulnerability, etc.” 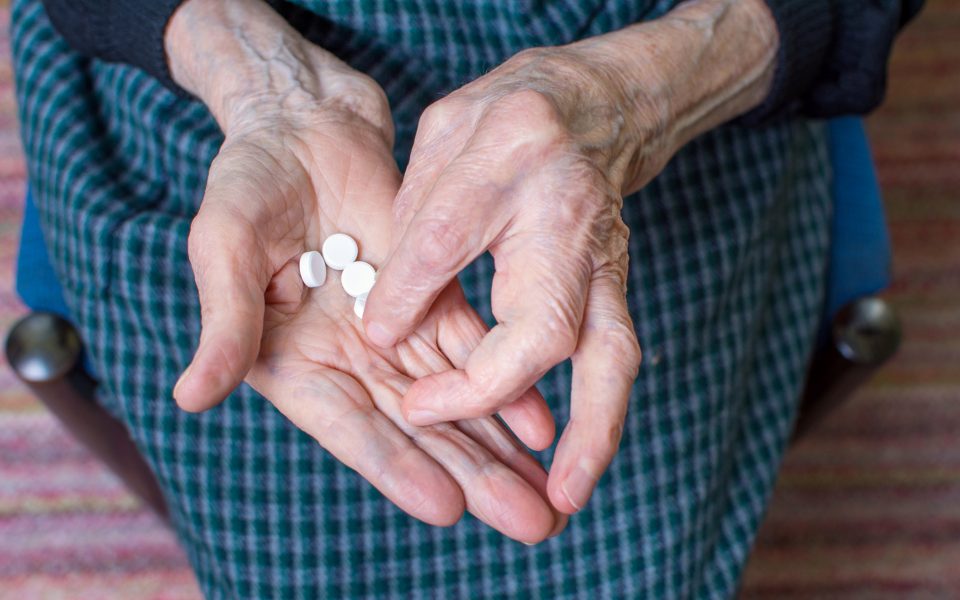 While restricting his cannabis use population to a subset of cannabis users who are not a representative sample of the cannabis consuming population, by contrast, Amen choose the polar opposite population for his group of “healthy subjects.”

Here is some of the criteria he used to exclude patients:

Given the opportunity to study Olympians for his research, he probably would have. (Maybe not Michael Phelps…)

Problem 5: Low Cerebral Blood Flow Has Not Been Proven to Predict Alzheimer’s Risk 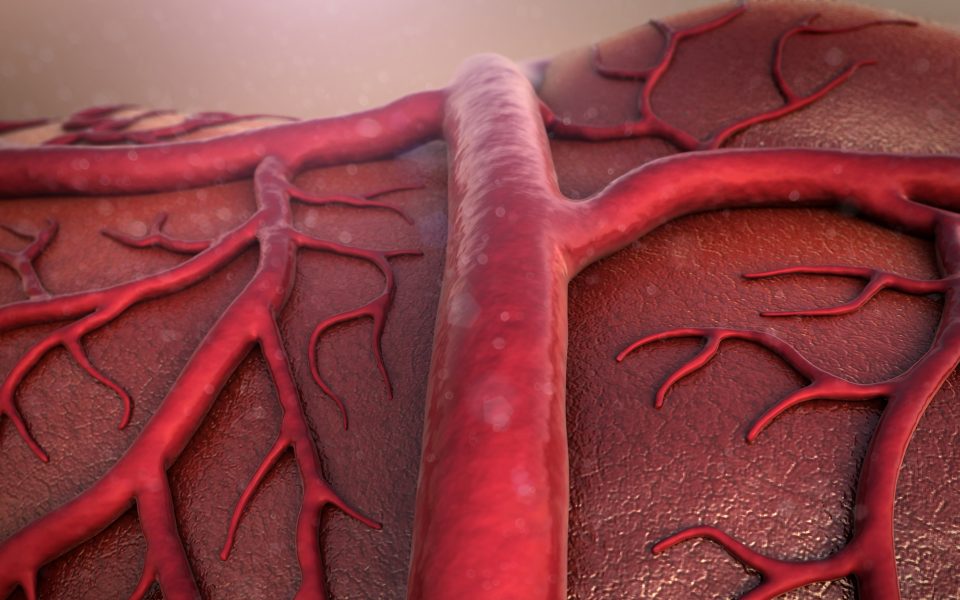 Schubert notes, “The major problem from the AD perspective is that blood flow is not predictive of AD risk. Brain blood flow and associated glucose uptake — determined by PET scans — is all over the place with respect to age, areas of amyloid deposition and risk factors (see study). So while I agree with the paper, in that we need more studies, both on addiction and medical use, they cannot conclude that MJ [marijuana] use, even at very high levels as in this paper, is a bona fide risk factor for AD.”

“My research suggests that low dose marijuana is protective. If you’re smoking so much to be diagnosed with a disorder, then you’ve got other issues that are likely predisposing someone to mental health problems,” Wenk adds. “High doses of any drug or nutrient are probably bad for the brain.”

At the end of the day, clearly we need to research the potential benefits of cannabis as well as the risks. But researchers should not allow their personal beliefs to cloud their ability to produce unbiased research. When they do that, we all lose!

Schubert sums it up well: “The problem with this issue is that it has always been a political one. Since there is no absolute relationship between blood flow and AD, the only take home lesson from this study is that more unbiased work is required on the long-term health consequences of cannabis use.” 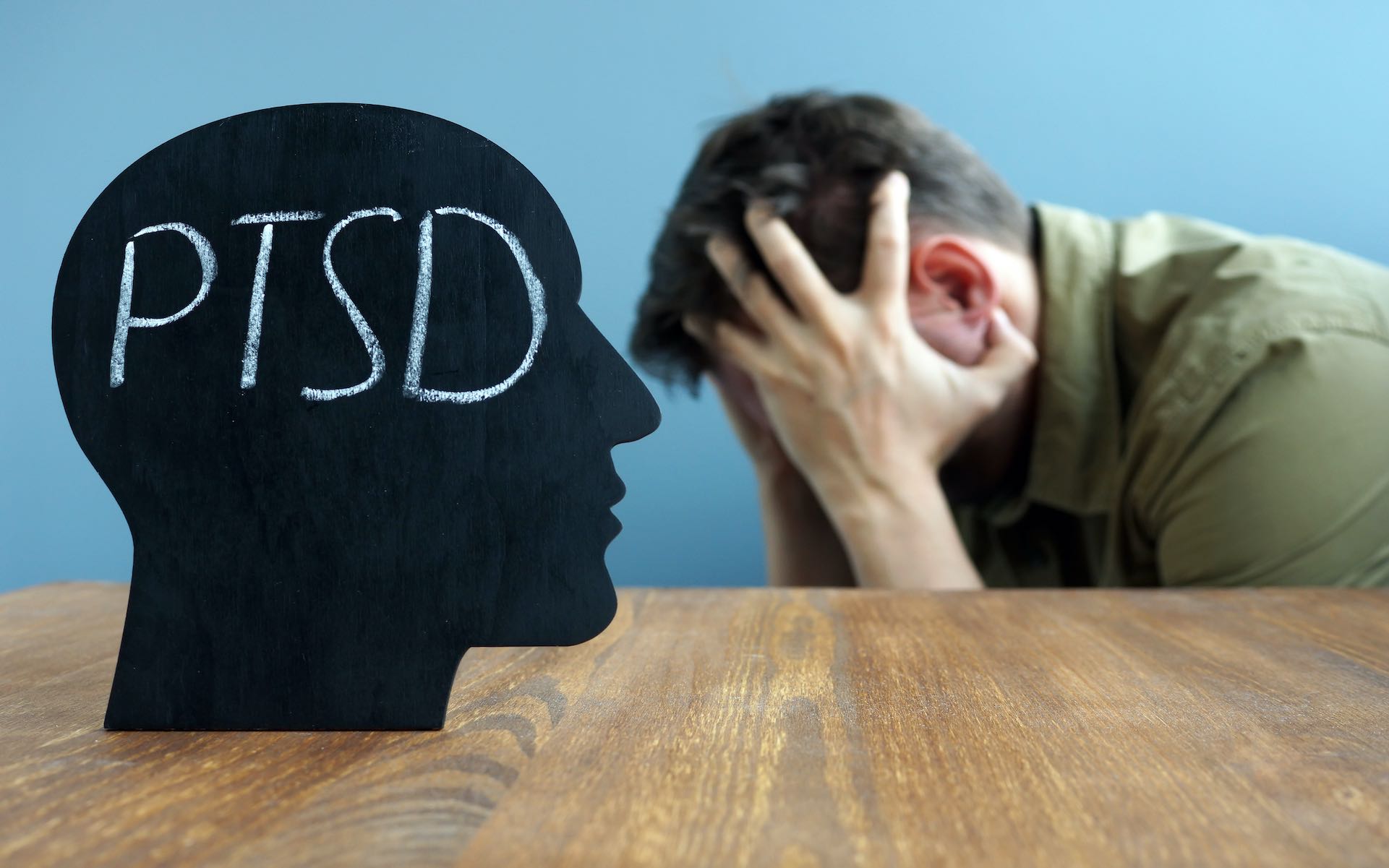 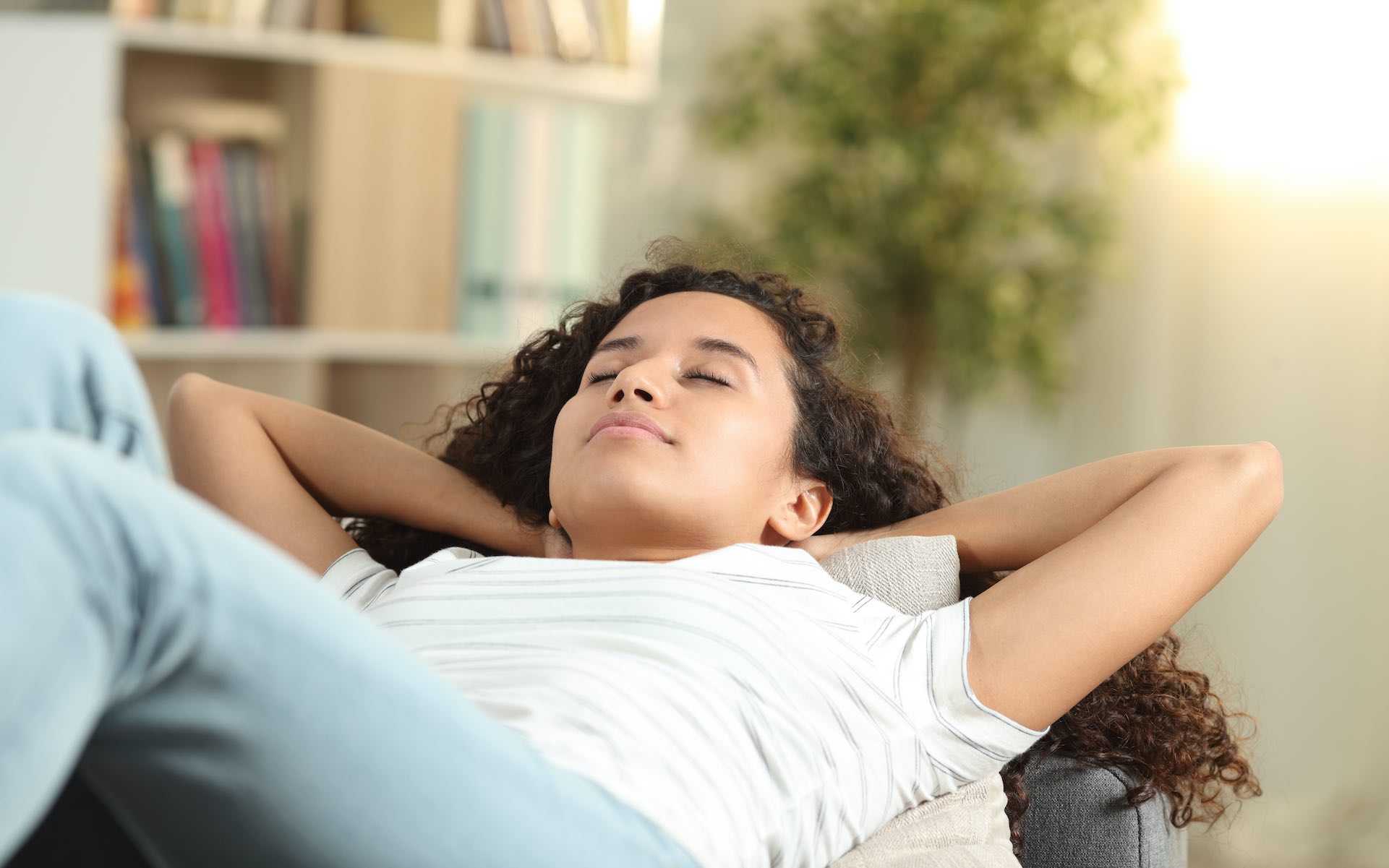