Bruce KennedySeptember 24, 2018
Share
Share on Twitter   Share on Facebook
Print
Too much THC can lead to feelings of paranoia, anxiety, or helplessness. It's OK. Doctors say: Lie down, ride it out. It just takes time. (CSA-Printstock/iStock)
A few years ago, Morgan Rowe eagerly anticipated her first marijuana experience. Washington had just legalized adult-use sales, and Rowe, who lived in Seattle, had never gotten high.

After ingesting some carefully measured homemade brownies, “I was suddenly overcome with giggles,” recalled Rowe, who now lives in Maine. “And I was very conscious of how much I wanted to experience that particular phenomenon, being stoned like that. And that was super exciting.”

“I really thought I was going to have a heart attack. And I think that’s when we called the paramedics.”
Morgan Rowe, first-time edible eater

But not long afterward, she remembered, “I felt like something was terribly, terribly wrong. To me it was very physical. I felt like there was a very hot lava cube traveling through my nervous system.”

The person with her, an experienced cannabis consumer, reassured her. She was OK. But Rowe’s symptoms became worse.

“At the point where I felt the sensation get to my heart,” she told Leafly, “I really thought I was going to have a heart attack. And I think that’s when we called the paramedics.”

Emergency medical personnel came to Rowe’s residence and examined her. After determining she would be fine once the effects of the cannabis wore off, the EMTs left.

(Rowe’s account of her experiences, part of the Leafly series Tales of Terrifying Highness, can be read here.)

Her story is an illustration of the growing number of people who have found themselves in physical and/or mental distress after consuming too much cannabis.

Find the product that's right for you

Over the past several weeks, as Canada prepares for the legalization of adult-use, recreational cannabis in October, Canadian media has been filled with cautionary articles about the risk of cannabis overconsumption.

CBC News reports that emergency room visits in Canada, for what some are calling cannabis “green-out,” have risen dramatically over the past several years. In Ontario, Canada’s most populated province, federal health officials say that ER visits due to so-cannabis overdoses have nearly tripled over the past five years.

Cannabis overdosing has been a big issue in the United States for several years now, as more states legalize recreational use.

And we should note that we are not talking about the growing crisis surrounding so-called synthetic marijuana, a manufactured drug often found in states where marijuana remains illegal. There have been terrifying reports about people overdosing on synthetic marijuana with life-threatening and sometimes lethal results.

In Colorado, which legalized recreational cannabis more than four years ago, doctors say they’ve seen a spike in the number of overconsumption cases among adults. 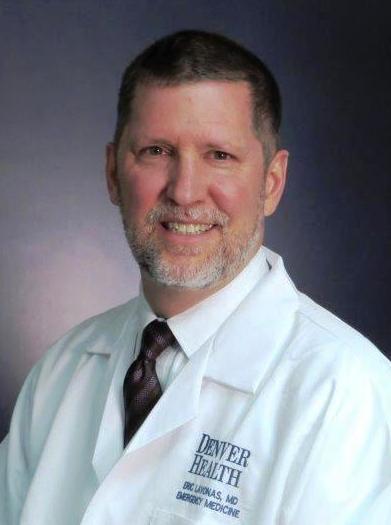 “We see a few a week,” said Dr. Eric Lavonas, an emergency physician and medical toxicologist at Denver Health Medical Center. He also works with the Rocky Mountain Poison and Drug Center, the poison control emergency contact for Colorado and five other states. “We don’t really keep numbers on it, but my best guess would be three or four a week.”

Lavonas told Leafly that the arrival of high-potency cannabis strains and high-concentration THC edibles over the past several years has been a game-changer.

“It’s just a different marijuana than what was easily available ten years ago,” he said. “And when you have a stronger drug, you have stronger drug effects.”

According to Lavonas, most of the cannabis overconsumption cases that doctors are seeing involve edibles. A common scenario: A first-time consumer eats an infused candy or cupcake but doesn’t feel any immediate effects. Out of frustration, they then consume more edibles, not realizing the first dosage is already working its way through their system and that the delayed effect of all that cannabis will hit them shortly.

“When people smoke pot, they get peak effect of the drug within a few seconds,” Lavonas noted, “which allows the user to self-regulate, to sort of get where you want to be.” With edibles, on the other hand, “when that train leaves the station, you don’t know where it’s going to go for 30 minutes to two hours.”

In metro Denver, the majority of patients coming into ERs due to cannabis overconsumption are tourists, often first-time consumers who took too many edibles. There are locals coming in as well, said Lavonas, but they’re mostly dealing with cannbinoid hyperemesis, the vomiting and abdominal pain syndrome sometimes associated with heavy, long-term cannabis use.

In the field, emergency medical service personnel treat cases of cannabis overconsumption based on the symptoms shown by the patients.

“If a patient were severely agitated, paramedics could administer a medication for sedation. For example, a benzodiazepine like midazolam,” Kristi Koenig, EMS medical director for California’s San Diego County, told Leafly via email.

“If the patient was experiencing nausea and vomiting, paramedics could give intravenous fluids for hydration and anti-nausea medications such as ondansetron,” Koenig added.

The paramedics also closely watch a patient’s vital signs, both at the scene and during transport to the hospital. But many of those suffering from too much cannabis, said Lavonas, are brought into emergency rooms by their family and friends, where patients are examined and treated by doctors.

Some of the more common symptoms for cannabis overconsumption, he said, are anxiety and paranoia.

“Usually, in the milder cases, people are very aware that they’re anxious and paranoid—and come in saying, ‘I feel terrible,’” Lavonas added.

Paranoia and anxiety are the most common symptoms of overconsumption.

Less common but still an issue, Lavonas said, are the cases where someone has gone “way over the top” with edibles and are truly psychotic. At that point, he said, a patient is typically unable to understand that “what’s going on is a chemical reaction in the body. They’re unable to control that behavior. But that’s uncommon compared to people who just simply feel terrible and need a little help in getting over it.”

It’s Different With Teenagers and Kids

While few adults end up being admitted to hospital for cannabis overdose, the story can be quite different for children and teens.

Researchers at Children’s Hospital Colorado noted in a recent study that the number of teens diagnosed annually with cannabis overconsumption or testing positive for cannabis during drug screenings at the facility rose more than fourfold between 2005 and 2014, the year recreational cannabis became legal in Colorado.

And according to the study’s lead researcher, Dr. George Sam Wang, an emergency medicine physician and assistant professor of pediatrics at the University of Colorado Anschutz Medical Campus, the rate of ER and urgent-care visits by stoned teenagers more than doubled between 2009 and 2015.

Wang told Leafly that most pediatric cases of cannabis overdose can be attributed to cannabis edibles.

Symptoms with young children, Wang said in an email, can vary in their severity “from mild sleepiness to the extreme rare case of children requiring a ventilator or mechanical breathing assistance.”

Most of the children in these cases, he said, are brought in by their parents. And with legalization, it appears that many parents are also more forthcoming about how their kids got hold of the cannabis that made them ill.

Wang’s advice to parents who consume cannabis is to “treat marijuana products just like alcohol, cigarettes, prescription and OTC drugs, or dangerous household chemicals,” he said. “Keep them out of sight, reach, and locked away, and in child-resistant packaging.”

Time Is on Your Side 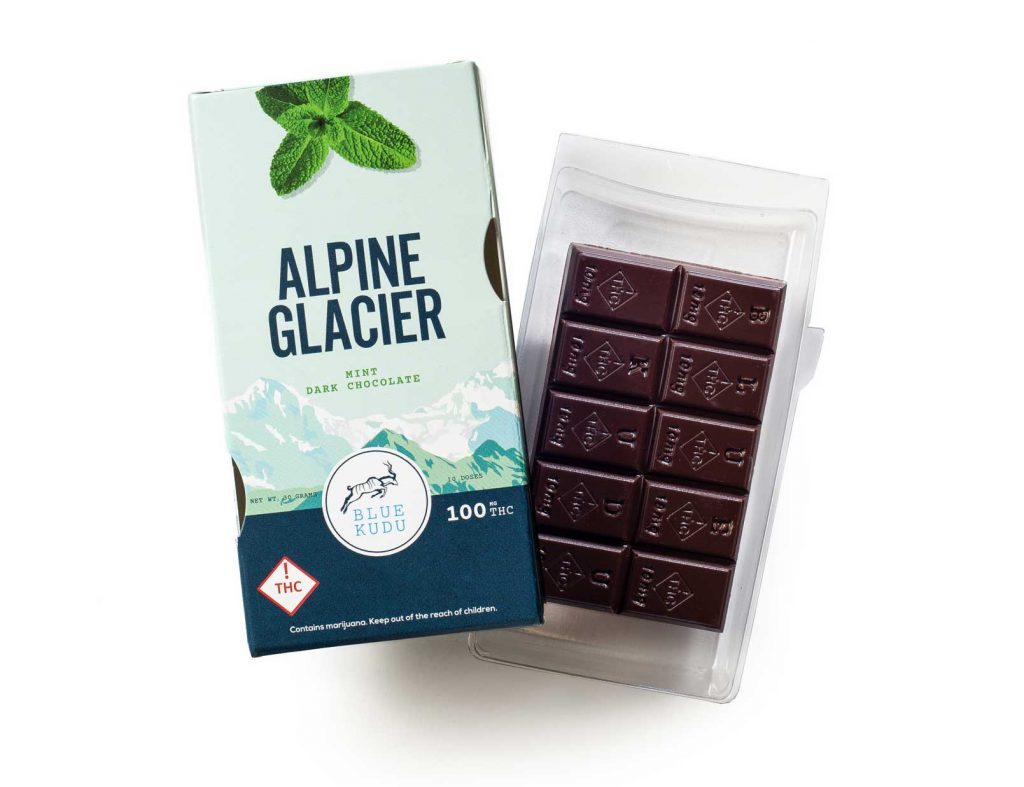 “It’s certainly something we talk about nationally and have tried to address,” said Dr. Kennon Heard, professor of emergency medicine at the University of Colorado School of Medicine. “Colorado is early on in the field, one of the first places you’d see this. We take our experiences and share, especially regarding pediatric cases.”

And according to Dr. Lavonas, experience has taught emergency medical personnel that time is the best antidote for most cannabis overconsumption cases. “Offhand I can’t think of an adult that I’ve had to admit (into the hospital) for this,” he said.

And then, he added, there’s the importance of “letting people know that they’re in good hands, that time is on their side and they’ll be OK. And then, if the reassurance alone isn’t getting them where they need to be, then a little bit of medicine to help them relax, something for anxiety, a little bit of fluids and just… time.”

Slow Down, Enjoy the Burger

One classic recent case at Denver Health, according to Lavonas, involved a man in a fast-food restaurant who’d been smoking marijuana.

The man felt himself choking, recalled Lavonas, “so he calls 911 and arrives in the ER still with his bag of (burgers) and his … soda. My adept senior resident meets the man … sizes up the situation, and figures out that he has really bad cottonmouth and some anxiety. And he has him drink his soda and eat his burger, reassures him, and sends him out.”

“In the end what we’re about is happy endings,” said Lavonas. “We don’t judge. We just take care of them, get them feeling better, and get them home safely.”